The obsessive-compulsive disorder (OCD) is a disorder more severe and disabling anxiety. In these people there is what is known as thought-action fusion: they equate thoughts with actions.

People who have anxiety disorders and need hospitalization often have this disorder, just like those who need psychosurgery.

Obsessions are images or intrusive thoughts without meaning that are tried to avoid or eliminate .

What is Obsessive-Compulsive Disorder?

Actions or thoughts that are used to suppress obsessions. They are believed to reduce stress or prevent a negative event. In addition, they may be magical or illogical, unrelated to obsession.

Many people with OCD continually wash their hands or make revisions, which gives them a sense of security and control.

The checks are used to prevent imaginary disasters. They can be logical – like checking that the door has not been left open or the gas – or illogical – like counting to 100 to avoid a disaster.

Depending on the type of obsession, there are more or other types of compulsions:

It is possible that the tendency to develop anxiety from having compulsive thoughts may have the same biological and psychological precursors as anxiety in general.

For it to develop, it will be necessary for a person to have certain biological and psychological factors.

In the first place, repetitive thoughts may be regulated by the hypothetical brain circuit.

People with OCD are more likely to have first-degree relatives who also have the same disorder.

In cases where OCD develops during adolescence, there is a stronger relationship of genetic factors than in cases in which it develops into adulthood.

For evolutionary psychology, moderate versions of OCD may have evolutionary advantages. For example, health, hygiene, or enemy reviews.

One hypothesis is that people with OCD learn that some thoughts are unacceptable or dangerous, as they might happen in reality.

They may develop during childhood the thought-action fusion, excessive responsibility or feelings of guilt.

The rapid onset of OCD in children and adolescents could be caused by a syndrome linked to Group A of streptococcal infections (PANDAS) or caused by immunological reactions to other pathogens (PANS).

Brain studies of people with OCD have shown that they have different activity patterns than people without OCD.

The different functioning of a particular region, the striatum, could be causing the disorder.

Differences in other parts of the brain and deregulation of neurotransmitters, especially serotonin and dopamine, may also contribute to OCD.

Deregulation of glutamate has also been recently studied, although its role in the disorder is not well understood. 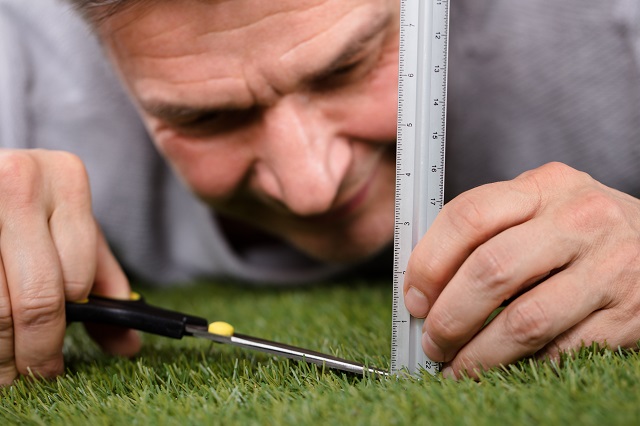 With little awareness of illness: if for most of the time in the current episode, the individual does not recognize that obsessions or compulsions are excessive or irrational.

Its main differences are:

OCD affects 2.3% of people at some time in their lives.

Symptoms usually occur before age 35 and half of people develop the disorder before age 20.

Exposure prevention is used in these therapies.

It is a technique by which the person is systematically exposed to the stimuli until it becomes habitable.

For this, any maneuver that is related to the execution of the external or cognitive ritual will be blocked. At first the blockade will be done for short periods of time and then for progressively longer periods.

For this technique to work, the person has to collaborate and take responsibility for:

To think that obsessions are irrational.

There are several modalities:

Within the cognitive treatment, specific interventions would be performed in:

Finally, it is advisable to work on relapse prevention, teaching the steps to follow in case of:

SSRIs are a second line of treatment for people with moderate or severe impairment.

Electroconvulsive therapy (ECT) has been found to be effective in some severe and refractory cases.

Surgery can be used as a last resort in people who do not improve with other treatments. In this procedure, a surgical lesion is made in the cingulate cortex. In one study, 30% of participants benefited from the procedure.

Cognitive-behavioral therapy can be effective in reducing OCD rituals in children and adolescents.

Family involvement, observing and reporting, is a key component of treatment success.

Although the causes of OCD in younger ages can range from abnormalities to psychological concerns, stressful events such as bullying or deaths of close relatives can contribute to developing OCD.

Tips for people with OCD

When you have obsessive thoughts, try to focus attention on something else.

You can exercise, take a walk, listen to music, read, play a video game, make a call …

The important thing is to do something you enjoy for 10-15 minutes to forget the obsession and prevent the compulsive response.

When you begin to have some obsession, write all your thoughts or compulsions.

Keep writing until the obsession stops, even if you keep writing the same things.

Writing will help you see how repetitive your obsessions are, and even help them lose their power.

By anticipating the urge to perform compulsions before they arise, you can make them relieved.

If, for example, your compulsion is to check that the door has been closed, try to be alert when you close the door and pay attention.

When the urgency to check if the door is closed appears to be easy to think is simply an obsessive thought, because you will remember that you have closed the door.

Instead of trying to suppress obsessions or compulsions, he develops the habit of programming them.

Choose one or two periods of 10 minutes each day that you devote to obsessions. Choose the time and place, so that they are not close to bedtime.

During the period of concern, focus only on obsessions, urgencies or negative thoughts. Do not try to correct them.

At the end of the period, relax, let go of obsessive thoughts and go back to doing your daily activities.

When thoughts come back to you during the day, postpone them to your worrying period.

Although stress does not cause OCD, a stressful event can lead to heritable OCD or obsessive-compulsive behavior.

Techniques such as yoga, deep breathing, progressive muscle relaxation or meditation can reduce the symptoms of anxiety.

Try to practice a technique for 15-30 minutes a day.

Here you can learn some of them.

Complex carbohydrates such as whole grains, fruits and vegetables stabilize blood sugar and increase serotonin, a neurotransmitter with calming effects.

Exercise reduces anxiety and helps control the symptoms of OCD by focusing attention on something else when obsessive thoughts and compulsions arise.

Try to do aerobic exercise for at least 30 minutes a day.

Alcohol temporarily reduces anxiety and worry, although it increases when it is not consumed.

The same goes for tobacco: although they seem soothing, they are a powerful stimulant, leading to higher levels of anxiety.

Anxiety and worry can lead to insomnia and vice versa.

When you are rested, it is easier to maintain emotional balance, key to coping with anxiety.