What is Transcranial Magnetic Stimulation magnetic stimulation ( TMS ) is a technique of noninvasive brain stimulation whose employment has experienced a large increase in recent years, not only in the field of research but also in the clinical area with rehabilitation and exploration therapy?

This type of brain stimulation techniques allows modulation of brain activity without the need to penetrate through the cranial vault to directly reach the brain.

Among the ECNI, we can find several techniques, however the most used are transcrienal direct current stimulation ( tDCS ) and in greater proportion transcranial magnetic stimulation ( TMS ), (Vicario et al., 2013). 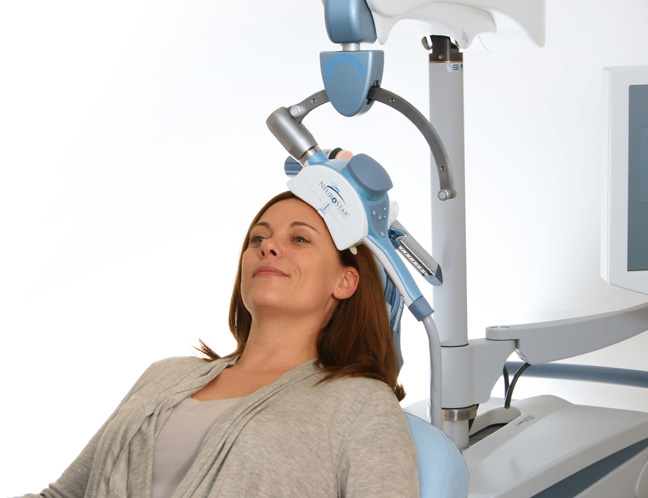 What is transcranial magnetic stimulation used for?

Due to their neuromodulation capacity, these techniques can be used for the exploration and modulation of different brain functions: motor, visual perception, memory, language or mood, with the aim of improving performance (Pascual Leone et al., 2011 ).

In healthy adults, they have generally been used to monitor cortical excitability and as neuromodulation techniques to induce cerebral plasticity. However, the use of these techniques in the pediatric population is limited to the treatment of some diseases, to rehabilitate damaged functions (Pascual Leone et al., 2011).

Currently, its use has expanded to the area of ​​psychiatry, neurology and even rehabilitation since numerous neurological and psychiatric diseases in childhood and adolescence present alterations in brain plasticity (Rubio-Morell et al., 2011).

Among the cognitive functions that seem to improve are those caused by Parkinson’s disease, motor control after stroke, aphasia, epilepsy, and depression, among others (Vicario et al., 2013).

The brain plasticity represents an intrinsic property of the central nervous system. It is essential for the establishment and maintenance of brain circuits, through the modification of structures and functions as a response to environmental demands (Pascual Leone et al., 2011)

The brain is a dynamic organ that uses mechanisms such as potentiation, weakening, pruning, adding synaptic connections or neurogenesis to adapt its architecture and circuitry, allowing the acquisition of new skills or adaptation after an injury. It is an essential mechanism for the ability to learn, recode, reorganize and recover from brain damage (Rubio-Morell et al., 2011).

However, the existence of atypical mechanisms of plasticity may involve the development of pathological symptoms. Excessive plasticity or hyperplasticity will imply that brain structures are unstable and that functional systems essential for optimum cognitive functioning may be affected.

On the other hand, the plasticity deficit or hypoplasticity  can be detrimental to the adaptation of our behavioral repertoire to the environment, that is, we are unable to adjust to the changing environmental demands (Pascual Leone et al., 2011)

An updated view of the etiology of psychiatric disorders relates these disorders to disorders in specific brain circuits rather than focal structural alterations or neurotransmission (Rubio-Morell, et al., 2011).

Thus, brain stimulation methods can ultimately allow interventions based on modulation of plasticity, because of their ability to induce long-term changes and thus optimize the situation of each individual (Pascual Leone, et al. 2011)

What is transcranial magnetic stimulation (TMS)?

TMS is a focal, painless and safe ECNI procedure (Rubio-Morell article, et al). Due to its capacity for neuromodulation, it is able to produce transient changes in brain plasticity level through the modification in states of cortical excitability (Rubio-Morell et al., 2011).

It is a procedure that is used to create electric currents in discrete regions, through the application of fast and changing electromagnetic pulses, on the individual’s scalp with a copper coil connected. The electromagnetic field penetrates through the skin and skull and reaches the cerebral cortex to influence changes at the level of neuronal excitability.

The devices used in the TMS application and the magnetic fields are varied. In general, stimulators employ stimulation coils of different shapes and sizes that are used on the surface of the scalp. The coils are constructed from copper wire that is insulated with a plastic mold. The most used forms of the coil are the circular and the coil in the form of eight (manual Manolo).

This technique is based on the principle of electromagnetic induction of M. Faraday, from which a magnetic field that as a function of time presents a rapid oscillation, will be able to induce a small intracranial electric current in the neurons of the underlying cerebral cortex.

The electric current that is used, is a magnetic field that is applied on the scalp in a specific region, induces in the cerebral cortex an electric current parallel and in the opposite direction to that received. When the electrical stimulation current is focused on the motor cortex and an optimal intensity is used, a motor response or motor evoked potential will be recorded (Rubio-Morell et al., 2011).

One type of TMS is the repetitive TMS (rTMS), which consists of the application of several electromagnetic pulses quickly and successively. Depending on the frequency of stimulation to which these pulses are emitted, it will induce different changes.

When this protocol is applied, it can induce solid and consistent responses in subjects and lead to potentiation or depression of amplitudes of motor evoked potentials depending on the stimulation parameters.

When applied continuously (CTBS), the stimulation will evoke potentials that will show a marked decrease in amplitude. On the other hand, when applied intermittently (ITBS), potentials with greater amplitude will be identified (Pascual Leone et al., 2011).

Real-time integration of TMS with EEG can provide information on local cortical response and distributed network dynamics in healthy and sick subjects.

The use of EEG and MRI as an outcome allows the implementation of a variety of sophisticated techniques to identify and characterize connectivity networks between different regions of the brain.

Thus, several studies have shown that the architecture of brain networks vary during normal aging and may be abnormal in patients with a variety of neuropsychiatric conditions such as schizophrenia, depression, epilepsy, autism spectrum disorder or deficit disorder Attention and hyperactivity.

One of the main applications of TMS is its application to improved performance or symptoms caused by different developmental disorders, neuropsychiatric disorders or acquired brain damage can affect the functioning of brain plasticity.

Different studies with the application of the rTMS protocol show its potential for the rehabilitation of motor symptoms: increase in grip strength or reduction of spasticity.

The epilepsy is a disease that involves the suffering of convulsive episodes due to hyperexcitability of the cerebral cortex.

A number of studies with infants with focal-type epilepsy have shown a significant reduction in the frequency and duration of epileptic seizures. However, this conclusion is not generalizable since there is no systematic reduction in all participants.

The study by Weaver et al shows a global clinical improvement and the results of the assessment scale in individuals with ADHD after the application of different TMS protocols.

In the case of Autistic Spectrum Disorder, an increase in general gamma activity is described, which may be related to the different attention, linguistic or memory alterations of these individuals.

The different investigations suggest the benefits of the therapeutic use of TMS in children with ASD. Participants show a significant improvement in gamma activity, improvement in behavioral parameters, attention improvements and even increase in scores related to vocabulary acquisition.

However, due to the small number of studies and the use of a variety of stimulation protocols, it has not been possible to identify an optimal protocol for its therapeutic use.

The depression in children and adolescents appears to be associated with an imbalance in the activation of different areas such as the dorsolateral prefrontal cortex and limbic regions. In particular, there is hypoactivation in the left regions; while in the right hyperactivation of these structures is observed.

The available studies suggest the existence of effects at the clinical level of the use of rTMS protocols: reduction of the symptomatology, improvement and even clinical remission.

In the case of schizophrenia has been identified, on the one hand, an increase in the excitability of the cortex temporo-parietal left, associated with positive symptoms and on the other hand, a decrease in the left prefrontal excitability, related to negative symptoms.

The results on the effects of TMS in the pediatric population show signs of a reduction in positive symptoms, hallucinations.

In general, these studies show preliminary evidence about the potential of brain stimulation techniques. However, different limitations have been identified, such as the limited use of stimulation techniques, generally associated with severe pathologies or in which pharmacological treatment has no significant effect.

On the other hand, the heterogeneity of the results and the different methodologies used make it difficult to identify the optimal stimulation protocols.

Future research should deepen the understanding of the physiological and clinical effects of transcranial magnetic stimulation.