Negative attitudes are negative dispositions to behave on the part of a human being. That is, if a person has a negative attitude, will tend to show behaviors that hurt both her and others. They are shown in life in general, couple, with children, friends, work…

About four days ago I stopped in the street to say hello to a friend who was going with her partner. As usual, he got the subject off the job. I think the man expected me to say that everything is very bad, that we have very black, etc.

However, I told him that there may be 50% of young people who are unemployed in Spain, but that they are likely to live in the time of history with more possibilities, and the vast majority live in very good conditions.

Of the 50% unemployed, can you be the other 50% that yes this is working? In case we can not go abroad yes, the government does very badly, although apart from my vote and to show me I can do no more.

I told him that the most important thing is the will and avoid negative attitudes . I told him that with a good attitude you can achieve the goals that any person proposes.

Despite this, he did not agree, he said that training is more important, that without it you can not get anything, but I will never be convinced ;).

I think that the human being with the best attitude, willpower and sacrifice ability will always come out ahead and will advance to anyone who is complaining. Training is important, but I think that attitude and work will always outweigh it. Then there is luck, but in reality it is sought , it never comes alone. 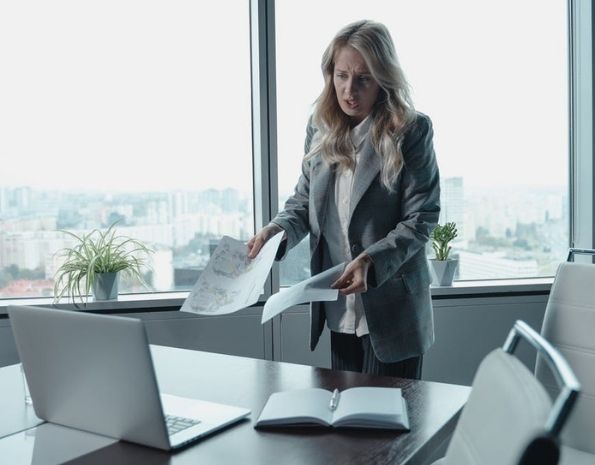 Maybe it’s a perfect match between training plus attitude. If you do not have some training – which may be practical – you may not be able to work or have a business, and if you do not have attitude, no matter how much training you have, you will not try anything.

Anyway, I always like to contribute data. Look at the data of some of the most influential, wealthiest and most money-giving people in the world:

Amancio Ortega stopped studying at age 14. He is the founder of Inditex, the richest person in Europe and the third in the world.

Richard Branson stopped studying at age 16. He is the founder of the Virgin Group and the first company to offer space travel.

Bill Gates – who has been the first or second richest man in the world for 10 years, did not finish his Harvard career.

Mark Zuckerberg, founder of Facebook, did not finish his career at Harvard.

Steve Jobs, founder of Apple, also did not finish the race.

In fact, of the 5 richest men in the world – Carlos Slim, Bill Gates, Amancio Ortega, Warren Buffett, and Larry Elison – only Slim and Buffett have university degrees.

I am aware that there are people who will criticize them, even though they probably use their products. On the other hand, these are some data of their donations:

Bill and Melinda Gates of $ 76 billion will leave $ 10 million to their children. The rest will donate it for charitable causes.

Of the $ 74 billion Warren Buffett has, 2000 will leave his children, the rest will donate to charitable causes.

Mark Zuckerberg and Larry Elison have also pledged to donate half of their fortune.

In 2014 Amancio Ortega donated 20 million euros to the NGO Caritas.

These people have worked hard to get their wealth. The problem is in organizations, institutions and public figures (who each think who comes to mind) who want to cover from public money, revolving doors (from the government to the company) and fraudulent contracts.

I have already made clear my opinion on the attitude. Which is yours? Comment at the end of the article. I’m interested!

“Attitude is a small thing that makes a big difference.” – Winston Churchill.

(They are often displayed at work, at school, and in everyday life).

You may also be interested in this article about toxic people.

If they insult you on the street you really bother? Would you be worried if you get up and find in the mailbox of your house/apartment a folio saying that you have one day to live?

Such is the power of language. Use it therefore in your favor; speak to yourself in a kind and lively way.

-The only disability in life is a bad attitude.-Scott Hamilton.

2-Perceive the negative of any situation

There are people who rain and say what a bad time it is. Then there’s sunshine and it says it’s unpleasant heat.

“Being interested in seasonal changes is a happier state than always being in love with spring.” -George Santayana.

3-Compare yourself with others and always come out badly

Comparison with others usually results in discomfort; Can cause stress, depression or anxiety.

However, in my opinion, it does not make much sense, because it leads to no results, only psychological distress.

It would only make sense to compare yourself if you want to improve and with a good attitude, without negative feelings. It would be the case, for example, if you compare yourself with Michael Jordan if you study it a lot because you want to get as far as the. So, Michael Jordan would be a role model and you would admire him (positive feeling), you would not envy him.

4-Thinking too much about the past … and not learning

I think it is much more appropriate to reflect to learn, act and settle in learned behavior than to continually regret thinking about the past.

5-To say that it is difficult and not to try

As Nelson Mandela said: ” It seems impossible until it is done .” And even if it is not done, it is also worth trying. The worst thing is not to try it because it is difficult.

“Excellence is not a skill, it’s an attitude.” Ralph Marston.

7-Blaming others of your misfortunes

Consider the following case of Manuel and Antonio:

Manuel says that he is doing wrong because of the state, because his parents are humble and because the thing is very bad.

Antonio says that the government is a disaster, but that he also has responsibility for his situation. He went to Australia to find work and found it.

Manuel has blamed everyone except him. Therefore, believing that he could do nothing, he has not mobilized.

Antonio, believing that part of his situation is his responsibility, has mobilized and has had results.

Cases like these will be millions around the world. Thousands throughout Latin America and Spain.

-A strong mental attitude will create more miracles than any wonderful drug.-Patricia Neal.

8-Tell others that you can not

I believe that this is the worst of all, in fact to me it has touched me and in particular, it was a woman who did not contribute to anything.

-Virtually nothing is impossible in this world if you put your mind on it and you maintain a positive attitude.-Lou Holtz.

Everyone likes to be treated well and do not forget to be grateful.

After all, nobody is forced to behave kindly to someone, so the least is a “thank you” and a positive attitude. Nor would it be wrong to not forget the favors some people make.

Actually despising someone is a symptom of low self-esteem. Someone is despised to feel above himself and to elevate the ego in that way, although in reality, he would be building self-esteem with feet of mud.

You have to love yourself, but do not despise people.

“I’ve never met a man so ignorant that I could not learn anything from him.” Galileo Galilei.

11-Have it all and still complain

The maximum representative of this is the typical “potato child” who has everything but always complains. The problem is that it extends in some cases up to almost 30 years or more.

I believe that in many cases it is the responsibility of the parents, although from a certain age adults are 100% responsible for themselves.

12-Criticize those who overtake you in something

Do not fall into this trap and do not get carried away by what other people usually do. Admire people who have achieved what you would like and learn from them.

13-Believing those others owe you something

The reality is that nobody owes anything (unless you have borrowed something). You do not have to wait for someone to smile or ask you how you are. Maybe you do not feel like it, this sad or so, although in any case, you do not have to do it.

Therefore, I think that it is better to forget to think badly in these cases. Then you yourself will decide if you “give something” with a good attitude or not, but neither are you bound.

14-To infect the bad attitude

It is scientifically known that moods are contagious. It is true that this is not completely in control of one, although to some extent you can avoid “infecting others”.

If you have to eat, and you have had a bad day, you may not “talk” too much, although it is not necessary to vent with your food companion.

Attitudes are contagious. Is it worth to get yours? “Dennis and Wendy Mannering.

15-Comment on the negative and never on the positive

Do not you find it unpleasant for someone to tell you something negative about your personality or behavior and never say something positive?

Surely it has happened to you, it is something that happens very often because we are accustomed to complain, but not to communicate the positive of others. As if the positive were taken for granted.

16-Do not respect and talk in a rude way

This I think is also very bad taste. It is very unpleasant to listen to someone who speaks in bad tones, with an excessively loud voice or an insult.

However, it is something that can be easily seen on TV on many channels. But that does not mean you fall too.

Every person has the right to be what he or she wants, as long as he does not harm anyone, of course.

This is a negative attitude, though towards others, which can be even worse.

Seeking approval is also a bad attitude that is difficult to realize.

It is negative because it will make you feel bad because you will live for others instead of for you. It is very well described in Wayne Dyer’s book.

Like the previous one is also difficult to discover because we do not usually realize it.

And what’s worse than not doing something you want because of laziness or just because you do not know what will happen when it carries minimal risk?

I am not perfect, in fact, I often fall into this kind of attitudes, although I tried to correct them always and improve little by little.