We expose 19 cases of real bullying and cyberbullying  that are characterized by their fatal outcome and the lack of training of education professionals.

The cases and stories of bullying in schools and outside them with cyberbullying have multiplied in recent years.

The figures of adolescents and minors who take their own lives due to the different types of bullying are a sign of alarm that educational professionals should take into account to work more on their prevention.

Miriam is an 8 year old girl who goes to elementary school. He loves animals, so he always has pictures of them in his notebooks and books. In addition, it also has a backpack shaped like a puppy.

Her companions laugh and make fun of her, compare her with the animals she carries on her stickers or even with her backpack because she is overweight. Also, since she is “fat” they take away the money and the snack at recess.

Although he has told the teachers repeatedly, they did not do much to change the situation. Miriam, to try to improve the situation stopped eating and is currently hospitalized for the great anorexia that suffers.

Tania, a 14-year-old teenager, has tried to commit suicide due to the continuous threats, robberies and aggressions of her high school classmates. Despite having filed 20 complaints against 19 of his colleagues, the situation has not changed.

In January 2014, she was hospitalized for 15 days due to the brutal intake of Valium 5 pills. Despite the change of center, the threats are still ongoing.

It is a recent case of school bullying in Spain. Diego a boy who was 11 years old was a victim of this practice in a school in Madrid.

His mother remembers that his son told him that he did not want to go to school, so his mood was always very sad, even once he lost his voice because of a blow he had suffered at school from his classmates. .

The day he committed suicide, his mother went to pick him up at school and he kept telling him to run to get out of there.

It was one of the first cases of bullying that came to light in Spain. After being a victim of bullying for months, he decided to commit suicide. It seems that the parents could not prevent this event since this teenager was suffering for two years.

As a result of his suicide, eight comrades were charged and the parents reported to the institute. However, all were absolved except one.

Jairo is a 16-year-old boy from a town in Seville who has also suffered bullying because of his physical disability. He has a prosthetic leg due to an operation that went wrong, so his teammates are continually making fun of him.

Not only they tripped him but also tried to take it off in the gymnastics class. On the other hand, in the social networks there were photos of him manipulated with computer programs with bad words that made Jairo not want to go to school.

Due to the suffering caused by this type of behavior Jairo asked to change schools and is currently in another institute.

With 7 years old, Yaiza suffered bullying from her classmates. They insulted him continuously, to the point that Yaiza had a hard time convincing herself that what her classmates told her it was, was not true.

Not only did they insult her, but they also stole her breakfast and even once threw a table at her.

She was fortunate to have a teacher who was involved in the issue of bullying and helped change the center and understand why these types of practices occur in schools.

This 17-year-old teenager was being bullied by his classmates because he was a transsexual. On December 30, 2015 he took his life taking pills mixed with alcohol.

It was not the first time he tried, since he had been admitted on numerous occasions because he had suffered for years. As in other cases, Alan had been changed from school but that was not enough.

After years of psychological aggression, in 2003 Ryan, 14, decided to commit suicide because he was supposedly gay. It all started because a friend of his published online that he was h0m0sexual.

Because of this, he did not stop receiving jokes, ridicule and humiliation from his classmates. This case helped to approve the Harassment Prevention Act in the US state of Vermont, months after his death. 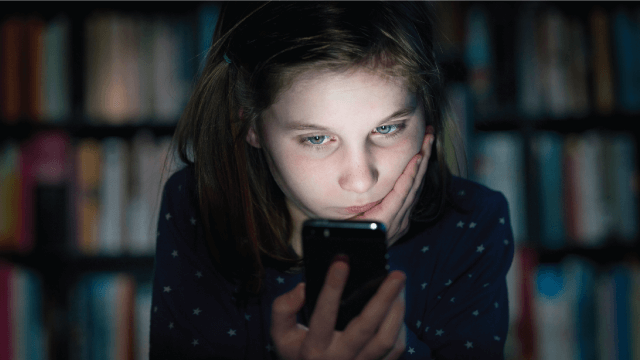 This 16-year-old girl decided to throw herself from the sixth floor. The reason was the bullying he suffered from his classmates in Madrid.

Arancha suffered from motor and intellectual disability, a motive more than enough for her class. Although his parents had reported this fact to the police, it was not enough to avoid the fatal outcome.

It seems that a classmate was asking for money and sending him bad messages for months.

Minutes before launching into the void he said goodbye to the people closest to them by sending them a message through WhatsApp, saying that “I was tired of living.”

Lolita is currently under medical treatment due to the depression she suffers, which has paralyzed her face. This young woman from Maipú (Chile) received bullying from 4 classmates at her school.

Apparently, her classmates mocked and humiliated her in class and this affected her in a serious way. The school – according to the mother – knew about the mistreatment her daughter was receiving and did nothing to prevent it.

The case of Rebeca in the State of Florida is an example of cyberbullying. He decided to take his own life in 2013 due to the continuous threats and humiliations suffered by his colleagues in social networks.

Both her mother and her, had informed the teachers at the center of this situation, however they did not work to stop their attackers at any time. Days before his death he posted on his profile “I’m dead. I can not stand it anymore”.

This 15-year-old Irish immigrant girl was harassed by nine teenagers who were tried in 2010. Not only did they do it physically and psychologically, but there was also cyber-bullying through cell phones and the internet.

Phoebe was humiliated and assaulted for 3 months in her high school, until she ended up hanging herself. The group of people who harassed her continued to do so even after her death.

This girl from the city of Halifax (Nova Scotia) decided to hang herself in her bathroom after suffering cyberbullying from not only her schoolmates, but also strangers. Rehtaeh got drunk at a party, in which apart from raping her they photographed her while it happened.

This photo began to circulate everywhere, so even kids she did not know asked her to sleep with her on social networks. On the other hand, her own classmates insulted her and made fun of her.

This minor of 13 years, who is in first of secondary school, decided to ingest liquid to uncover pipes for the sole purpose of not going to school. Oscar was not only harassed by his classmates, but also by one of his teachers.

This can not contain the urge to go to the bathroom due to a urinary problem and apparently his teacher never let him go, so he once did it on top.

From that moment on, he not only had to deal with the treatment he received from his teacher but also from his classmates, who made fun of him and insulted him repeatedly.

Mónica lived in Ciudad Real (Spain) and was 16 years old when she decided to commit suicide because of the treatment she received at school from her classmates. They used to insult her on the bus, they threatened her, they published photos and bad comments on social networks about her, etc.

For that reason, she decided to commit suicide to put an end to all the hell that her companions made her pass, even though her father, one day before he took his own life, made a complaint to the head of studies about what was happening to his daughter. .

This girl from Madrid (Spain) suffered harassment from her classmates in a religious school in this city. His companions not only made fun of her but also even physically mistreated her.

For their part, teachers denied such abuses and did not defend it or take measures to stop this from happening. Because of this, he tried to commit suicide by taking 12 pills without success.

Amanda, a Canadian-born minor, committed suicide after posting a video on social media reporting that she was suffering bullying.

It all started when he sent a topless photo of himself to a stranger on the webcam, from that moment insults, beatings and harassment started on the internet.

All these episodes lasted 3 years, Amanda even changed schools to be able to rebuild her life although it did not help. This one entered in a process of anxiety and acute depression that took it to consume drugs.

Another victim of bullying by her classmates. In the case of Zaira, it all started when they recorded her with her cell phone while she was in the bathroom.

These girls spread the video among all the school’s classmates, among others who did it later.

Because of these recordings, Zaira had to consent to the continuous teasing of his companions and even physical abuse. Thanks to a classmate from a lower class she was able to face these comrades and this story had a happy ending.

This child had spent five years enduring the harassment he suffered from his classmates. They made fun of him because he was supposedly overweight, although in reality it was not like that.

They humiliated him on many occasions and even once, they even took off his clothes in gym class.

Apparently, a teacher knew what was happening to her and did not take action. Finally, Marco is currently in another school because he told him everything that happened to his parents.

These cases that we have presented here today, are only 19 of so many that exist in our schools. One more example, that the education system and education professionals are not acting well in the face of these abuses.

Despite all that is known about bullying, there is still a great disinformation in its prevention and action. The centers are not prepared to face this type of situation, which leads them to ignore this type of actions in their students and to leave the families alone with this problem.

If we want to reduce the number of suicides due to school bullying in children, we must train adequately to know what guidelines to follow in this type of situation in order to prevent adolescents’ suicide.