The mitomania is a psychological disorder in which the person lies compulsively to the point that is able to believe their own lies.

Perhaps, compulsive liar is a kinder and more understandable term to understand the meaning of mythomania. 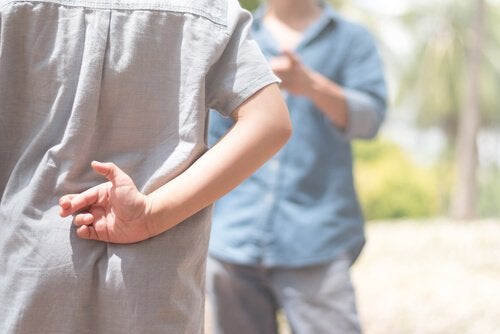 Surely now you have a little idea of ​​what we are talking about, it is possible that you even begin to look among your acquaintances for someone who meets this definition. Let’s list a series of symptoms that perfectly describe these types of people.

When we speak of mythomania or mythomaniac people, we basically refer to people who integrate the ability to lie in their behavior and attitude of their daily routine.

Therefore the main symptoms that lead to the lie in the lives of these people are:

Episodes of high anxiety. Mythomaniacs are people disenchanted with their own reality, for this they suffer various episodes of anxiety that motivates them to create their lies, deforming their environment and life towards others.

Low self-esteem. Their inability to accept themselves makes them draw a profile of themselves totally removed from reality; Often verbally show rich and interesting experiences, ideas and experiences.

Stress. People who lie compulsively coexist with the daily stress of keeping their lies, so as not to be discovered. They must create situations and contexts from which they can escape and continue with their unreality. They have an exacerbated fear of being discovered, the mental work to build lies is multiplied, until they are discovered.

Believe in their lives: The mythomaniac has the capacity to internalize as his own the experiences or experiences invented towards the others, for that reason they maintain a natural attitude before the facts that relates, sometimes treats them like old memories.

Magnify reality: It is possible that a liar of this category can tell a reality but totally oversized with invented ornaments, to try to endorse as a person before others. Gesturing in communication is very common among mythomaniacs.

These symptoms mold a personality dedicated to inventing and distorting realities, situations and life in general.

If you need to know how to find out if any known person is lying, you will be interested in this article.

Read about Types of Nationalism.

Differences between Mythomaniac and Liar

It is important to differentiate a liar from a mythomaniac, the two lie, but there are important differences: the liar lies with a purpose, whether to protect or defend himself from something or someone, he always has a reason not to tell the truth.

Instead the mythomaniac lies compulsively, sometimes without motivation; often lies are absurd and inexcusable, creating ridiculous situations. The mythomaniac has a disorder, which leads him to lie hopelessly in his life.

Mythomania is a serious disorder that affects not only the liar but directly to their closest environment. The profile of the compulsive liar is faithfully addressed in Kurt Schneider’s scientific work “The Psychopathic Personalities”.

They are people who lack certain moral values, are traitors, disloyal, without any flush to the lie. This causes a huge problem for relatives and friends. For trust is slowly cracked until it can have no bond with the mythomaniacs.

The family context, personal is blurred and lost in favor of an isolated person, believer of their fantasies, without any credibility to maintain social relations.

The mythomaniac becomes a solitary being incapable of securing social relations, beyond close family ties; not being discovered gives you satisfaction, creating a dangerous addiction that fuels your disorder.

Combating mitomania is an exercise in patience and love for the person suffering from this pathological disorder. In the first place it is necessary to show the mythomaniac his attitude, his constant relief before lies and fantasy. If the compulsive liar is not able to accept his problem, little more can be done.

It is necessary to be very firm and serious before any lie discovered to the mythomaniac, because it is one of the first signs to show for its recovery.

Family members or people close to the mythomaniac should seek advice from a professional so that they can create an optimal action plan for successful treatment.

As you can see, it is a work of all the near surroundings of the compulsive liar, because it must be the cornerstone of his recovery.

Two types of actions can be distinguished that help to minimize and correct the serious consequences of mythomania:

Cognitive therapies: They are all those actions, exercises or activities that help the mythomaniac to find the origin of his low esteem; as we have said earlier insecurity and low self-esteem is the main culprit in the creation of the first lies to become a pathological daily fact. Work on your personality and self-knowledge, so that from this point you build the strong foundations of a healthy and transparent personality. Visit this article to learn how to work on self-esteem.

Communication: Communication is the basic instrument for solving any psychological problem; offering the effective social and communicative tools to face life is imperative. The mythomaniac will collect these social “weapons” to develop assertiveness towards others.

Combating mitomania, depending on its gravity, is a medium and long term job, because it must reeducate the perception of the reality of the compulsive liar. Patience, affection and tenacity are basic ingredients for those who wish to help and live with a mythomaniac.

Mythomania is a difficult and complex disorder; with what is reported in this article you can make a composition of what is a mythomaniac. The activity of these people must be treated in all seriousness, since they can ruin the lives of their relatives and friends.