The child aggression is one of the disorders that cause more problems at this stage of growth, and affects both parents, teachers, and the immediate environment of the child. Although it is common for outbursts of anger to appear in childhood, these children are much more frequent and serious, and they can not control their temper in any circumstance or situation.

If an adequate intervention is not carried out with them, it usually leads to more serious problems such as school failure and antisocial behavior in adolescence and other mental pathologies that can become serious in adulthood.

Other authors such as Tobeña or Aroca indicate that there are three types of child aggression:

Violence usually occurs progressively, begins with a type of economic violence and then advances towards the emotional or psychological type, ending with physical violence. The process reaches a point where all three types of violence can occur at the same time.

In addition, a specific definition has been given to refer to children and adolescents who are exclusively aggressive with their parents.

It is called filio-paternal violence and is one in which the child acts intentionally and consciously, with the desire to cause damage, damage and / or suffering to their parents, repeatedly, over time, and with the immediate goal of obtaining power, control and control over their victims to achieve what they want, through psychological, economic and / or physical violence.

Most research on the subject indicates that male adolescents are the most aggressive. Although other investigations do not find significant differences between the sexes.

Specifically in Spain, the research carried out by Ibabe and Jaureguizar in 2011 shows that boys are the ones who exercise more physical violence and, on the other hand, girls commit more psychological violence.

And as for the age of onset, some studies point to the age of 11 years as a critical period although the data vary indicating that in some cases the aggressive behavior may begin to manifest itself after 4 years. Another fact that most research shows is that there is a period in which violence usually reaches its highest point between 15 and 17 years of age.

At the community level, a study conducted in Spain in 2014 with adolescents between 12 and 17 years old, shows that 13.7% had exercised physical violence at least once in the last year and 4% had done it between three and five times in the last year.

On the other hand, most of the respondents had exercised psychological violence against their parents (92% towards their mother and 86% towards the father), and 13.8% had done it more than six times in the last year.

Several studies have tried to clarify which are the main causes or risk factors for the development of childhood aggression.

All the investigations coincide in concluding that there are different factors that together can predict the appearance of aggression. These factors can be classified into: individual, family, school or peer and community groups. 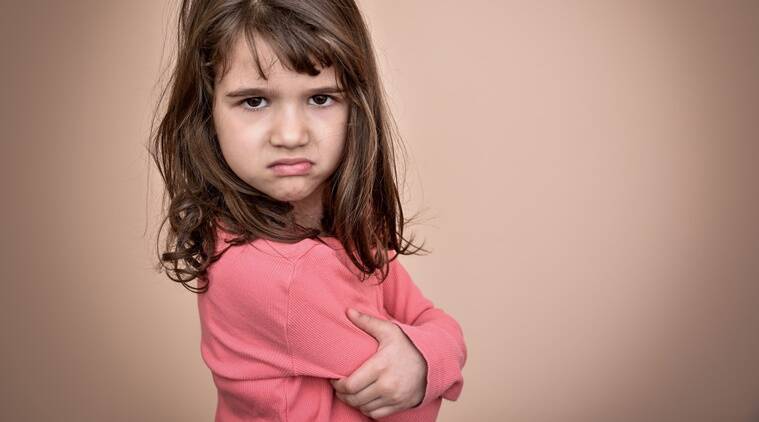 It has also been observed that in these children there is depressive symptomatology, feelings of loneliness, low satisfaction with life and difficulty in expressing emotions or emotionally interacting. Other features that tend to present are that they are irritable, have antisocial behaviors, have difficulties in controlling anger and with a selfish way of acting.

Other authors have focused on the associated psychopathological disorders and indicate that the most common are: disorders of mood and / or anxiety, the attention deficit hyperactivity disorder, the intermittent explosive disorder and oppositional defiant disorder.

Different studies conclude that the way in which parents educate the child is one of the main variables to be taken into account for the development of aggressiveness. Inconsistent discipline, overt criticism, the presence of frequent parental conflicts and low emotional cohesion in the family are risk factors.

The so-called negligent, authoritarian and overprotective or permissive educational styles are conducive to the emergence of aggressive dynamics in the family and especially in children.

In recent years, studies seem to indicate that excessively permissive style is one of the best predictors of the appearance of behavioral problems in children.

This educational style is characterized by the absence of norms and rules, parents do not assume their role as educators, no clear limits are established which implies that parents are not considered as an authority figure to be respected.

Another important risk factor is the existence of violence between parents. Children who witness this form of relationship can assume that violence is a legitimate, useful and effective way to control others, impose their own criteria and resolve conflicts.

Most of the studies indicate that these children and adolescents have low school performance, learning difficulties, high school absenteeism, difficulties of adaptation and attitudes of rejection towards school.

As for the peer group, it seems that they tend to relate to other children who also exercise violence or present some type of dysfunctional relationship such as a lack of friendship links.

The psychologist Javier Urra highlights the importance of sociological factors as reasons that generate or maintain violence, and points out among these factors: the existence of violent social values ​​in current societies, the search for easy success and the permissiveness of unacceptable behavior.

This, together with the exposure to violence in the media and the evolution of a society based on reward and less on discipline, makes families feel increasingly overwhelmed by the situation and have fewer resources to address it.

The problem of child aggression requires treatment by a specialized professional.

Performing the diagnosis and the subsequent intervention at an early stage is essential to prevent it from resulting in pathologies or more serious difficulties. Numerous studies have been conducted regarding the treatment that can be most effective in these cases and several types of intervention offer satisfactory results.

Since the 70s this is the treatment that has been used the most. Most programs are based on improving parenting skills on the part of parents.

Psychoeducation is used for parents to know the stages of child development, techniques for managing child problem behaviors and problem solving skills. And on the other hand, the personal strengthening of parents is sought through social skills, stress management and anger management.

This type of orientation has a series of characteristics that make it especially effective for the treatment of childhood and adolescent aggression.

This Spanish psychologist and his team have developed a specific program of intervention with violent children and adolescents.

The main objective, in addition to seeking the cessation of violent behavior, is to make changes in the functioning and family structure to prevent relapse.

On the other hand, these psychologists emphasize the importance of understanding why the violence of the child or adolescent, the importance of the parental agreement and the avoidance of confrontations between them up to the child’s improvement as well as following specific guidelines for the control and containment of the maladaptive behavior.

Program of Adolescents who Attach their Parents (PAP)

This program has been developed by the psychologist González-Álvarez together with his team. It includes a treatment for adolescents, parents and the whole family, and the objective is to provide tools and resources to manage non-violent daily situations.

This treatment consists of a brief therapy to treat behavior problems in childhood that arises at the end of the 80s. The basic idea of ​​which part is to generate a healthy and assertive parental relationship with a clear communication style and setting limits in education.

This orientation maintains that the problems that children present are established through early interactions with parents, and that in the same way that this negative influence is established, this is also the most powerful way to influence positively.

It is about turning parents into agents of change by teaching them, through play and live, to achieve a positive parental role and behavior modification skills. The fundamental difference of this treatment with respect to others is the live intervention through the game.

Based on the fact that most of the behaviors and behavior patterns of the child have been learned in the family nucleus, it is important that the parents have in mind a series of guidelines to contribute to an adequate upbringing.

It is important to bear in mind that the child reproduces what he learns from his reference figures, which in most cases are the parents, so it is necessary to be a good example for the child.

Numerous investigations have addressed this topic and as a conclusion can be summarized in the following: