The vicarious learning is a type of learning derived from indirect sources such as observation, rather than direct instruction.

The word “vicar” comes from the Latin “I see”, which means “to transport”. In Spanish, it has a symbolic meaning: with vicarious learning, information or learning is transferred from one person to another through observation.

What is Vicarious Learning

As we grow up, we go to school, where we receive direct instruction in many subjects.

However, we also had a life outside of school, where we learned a lot by observing our parents and siblings, friends, neighbors and relatives; we saw them do daily tasks, carry out their hobbies and interests and get physical skills that we also learned, even without actively looking for them. This is called vicarious learning or observational learning.

Antecedents of vicarious learning: the theory of social learning

The role of the vicarious experience is strongly emphasized in Bandura’s theory of social learning (1977).

Albert Bandura, is a Canadian psychologist and pedagogue, who for almost six decades, has been responsible for contributions to the field of education and other fields of psychology, including socio-cognitive theory, which evolved from the theory of social learning.

He has also been very influential in the transition between behaviorism and cognitive psychology and created the theoretical construct of self-efficacy.

In his theory of social learning, Bandura agrees with behavioral theories about learning regarding classical conditioning and operant conditioning. However, he adds two important ideas:

Bandura points out that the ability of individuals to learn by observing others allows them to avoid unnecessary mistakes in the tasks they are carrying out. We watch others make their own mistakes, so we save ourselves from committing them ourselves.

The basic elements of vicarious learning are described in the following statement:

“Observing a model that performs the behavior you wish to learn, an individual forms an idea of ​​how the response components must be combined and sequenced to produce the new behavior. In other words, people let their actions be guided by notions they have previously learned instead of relying on the results of their own behaviors. “

Through vicarious learning, we avoid investing time in learning for our own mistakes because we have already observed others’ mistakes.

Children observe the people around them behaving in different ways. These people observed are called “models”.

In society, children are surrounded by many influential models, such as their parents, the characters of children’s television series, friends in their peer group and school teachers.

These models provide examples of behavior to observe and imitate. This is how gender roles are learned, for example. The learning process imitating these people is known as modeling.

Factors that influence the observer and the model

Children pay attention to some of these models and let them model their behavior by imitating them. Children sometimes do this regardless of whether the behavior is gender appropriate or not, but there are many processes that make it more likely that a child will reproduce the behavior that their society deems appropriate for their sex.

The child is more likely to attend and imitate the people he perceives as similar to himself. Consequently, they increase the likelihood that he imitates behaviors modeled by people of the same sex.

The nature of the observed model influences the likelihood that an observer will imitate the behavior in the future. Bandura pointed out that models that have interpersonal attraction are more imitated and those that do not tend to be rejected or ignored.

The credibility of the model and the success or failure of the results of the observed behavior are factors that also influence when deciding whether a behavior will be imitated or not.

Certain characteristics of the observer also have an important role in the modeling process.

The characteristics of the individual who observes can be altered by the modeling process, which, in turn, can influence the effects of modeling. Individuals who are exposed to models that do not succeed in performing a task, for example, may be less persistent when they perform that same task later.

The explanation proposed in this regard is that, through the vicarious experience, people can lower their expectations of self-efficacy and, therefore, be less persistent when dealing with adversity. 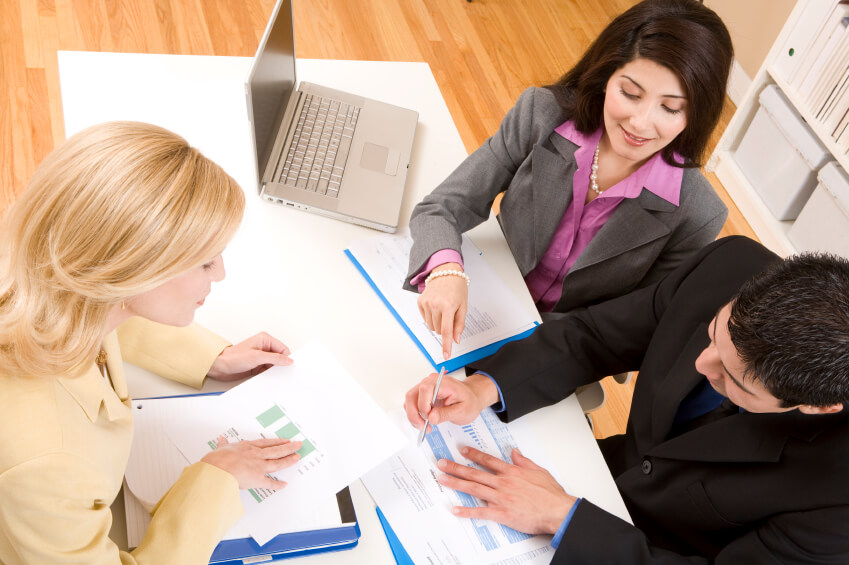 How is the modeling of behaviors produced? Positive and negative reinforcement

In addition, the people around the child respond to the behaviors that he imitates with reinforcements or punishments. If a child imitates the behavior of a model and its consequences consist of reinforcements, it is likely that the child will continue to carry out that behavior.

If a father sees his daughter comforting his teddy bear and says “What a nice girl”, this is a reward for the girl and makes it more likely to repeat this behavior. His behavior has been reinforced.

Learning by observing the mistakes of others

The child takes into account, at the time of learning, what happens to other people (the consequences of their behavior) when deciding whether or not to copy the actions of others.

A person learns by observing the consequences of other people’s behaviors. For example, it is likely that the younger sister of a family that observes her older sister being rewarded for a particular behavior imitates this behavior later.

This is known as vicarious reinforcement.

Identify with the models

Children have some models with which they identify. They can be people from their immediate environment, like their parents or older siblings, or they can be fantastic characters or people from television. The motivation to identify with a particular model is usually that it has a quality that the child would like to possess.

The identification occurs with another person (the model) and involves adopting observed behaviors, values, beliefs and attitudes of the person with whom the child is being identified.

The term “identification”, as used in the theory of social learning, is similar to the Freudian term related to the Oedipus complex. For example, both involve the internalization or adoption of another person’s behavior.

Identification is different from imitation, since it implies that a large number of behaviors are adopted, while imitation usually consists of copying a single behavior.

The theory of social learning is often described as the “bridge” between traditional theories of learning (eg, behaviorism ) and the cognitive approach to learning. This is because it focuses on how the mental (cognitive) factors involved in learning.

Contrary to Skinner, Bandura (1977) believed that humans were active information processors who think about the relationship between their behaviors and their consequences.

Observational learning could not occur if the cognitive processes were not in operation. These cognitive or mental factors mediate (intervene) in the learning process to determine if a new response is acquired.

Therefore, individuals do not automatically observe the behavior of a model and then imitate it. There are thoughts prior to imitation, and these considerations are called mediation processes. This occurs between the observation of behavior (the stimulus) and the imitation or the lack of it (the answer).

It refers to the extent to which we are exposed to the behavior of the model. For a behavior to be imitated, it must first draw our attention.

We observe a lot of behaviors on a daily basis and many of these are not worthy of our attention. Attention, therefore, is extremely important for a behavior to have some influence on other people who will imitate it.

Retention has to do with the quality with which it is remembered. A person may notice other people’s behavior, but it is not always remembered, which obviously avoids imitation. Then, it is important that a memory of the behavior is formed so that it is issued later by the observer.

Much of social learning is not immediate; This process is especially vital in these cases. Even if the behavior is reproduced shortly after having seen it, it is necessary that there is a memory to refer to.

This is the ability to carry out the behavior that the model has shown. Many times, we observe behaviors in the day to day that we would like to imitate, but we are not always capable of it.

We are limited by our physical and mental abilities. This influences our decisions related to trying to imitate a behavior or not.

If the vicarious reinforcement obtained by the person observed is not seen as sufficiently important, then the behavior will not be imitated.

Criticism to the theory of vicarious learning

The approach to social learning takes into account thought processes and the role they have when deciding whether a behavior will be imitated or not, and provides a more complete explanation of human learning by recognizing the role of mediation processes.

However, although it can explain some fairly complex behaviors, it can not represent the way we develop the range of behaviors, including thoughts and feelings.

We have a lot of cognitive control over our behavior and, for example, just because we have had violent experiences does not mean that we have to reproduce those behaviors.

This is why Bandura modified his theory and in 1986 he changed the name of his theory of social learning to “socio-cognitive theory” as a better description of how we learn from our social experiences.

Some of the criticisms of social learning theory stem from a commitment to the environment that surrounds people as the main influence on behavior.

It is quite limiting to describe human behavior based solely on nature or only on the social environment, and attempts to do so underestimate the complexity of human behavior.

It is more likely that different forms of human behavior are due to an interaction between the nature or biology of people and the environment in which they develop.

The theory of social learning is not a complete explanation for all behaviors. This is, in particular, the case of people who have not, apparently, a model from which to learn and imitate certain behaviors.

Also Read: What is Inclusive Education?

Finally, the discovery of mirror neurons has provided biological support for social learning theory. Mirror neurons are neurons discovered for the first time in primates, which are activated both when the animal does something by itself and when it observes the same action to be carried out by another animal.

These neurons constitute a neurological basis that explains imitation.