The  fear of long words or hipopotomonstrosesquipedaliofobia is characterized by intense fear and irrational fear of the possibility of having to pronounce long words in a speech or conversation. This fear appears both if the situation is real and if the subject imagines it and anticipates it even if it never happens.

More specifically, the fear of long words refers to the possibility of getting stuck when saying a certain word or phrase or not knowing how to pronounce it correctly. There is a fear on the part of the person who suffers from this phobia to be ridiculed before others or to not appear sufficiently educated or intelligent before the people around him in that situation. 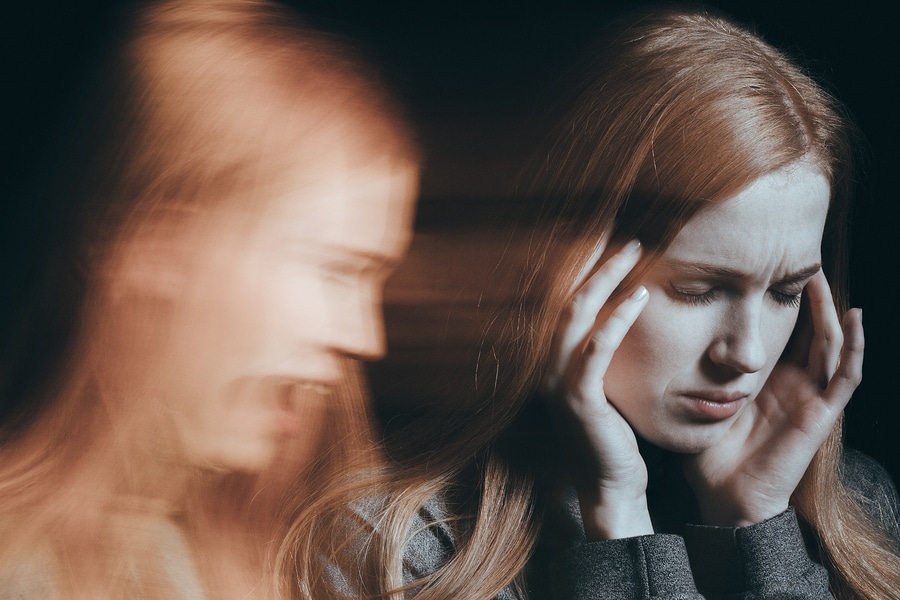 For the most part, this phobia usually appears in situations in which the words that are used, as well as long, are of unusual use, as in scientific, technical discourses, etc. The person who suffers from this phobia also often avoids the use of long words in colloquial or trusted environments.

Characteristics of the phobia of long words

As with the other specific phobias, there are a number of criteria that characterize the fear of long words.

The fear that the person feels to have to pronounce long or complicated words is much greater than the one that really generates that situation in a person who does not suffer from the phobia.

The person who suffers it is aware that the fear he feels in this situation is disproportionate and irrational. He knows that he would not have to feel that discomfort so strong but still he is not able to control it.

Frequently the fact of knowing that fear is totally irrational makes him feel even worse and increases his insecurity because he feels different from others.

As much as the subject tries to control the fear, the symptoms that generate the discomfort or the thoughts and emotions that he has before that situation, he can not do it. This usually causes greater discomfort in the person to feel that this situation is out of hand and thinks that there is nothing you can do to solve it.

One of the reasons why the phobia is maintained is because of the avoidance behavior that the person sets in motion. When you have to face a situation where you are likely to have to use the words you fear, instead of waiting for that to happen you avoid the situation.

This can happen not attending a meeting, leaving a job where you have to make a talk or conference using technical language or decreasing, even eliminating completely, social gatherings.

Each time the person avoids the situation instead of facing it, their fear increases. Lose the opportunity to expose yourself to the feared scenario and learn that it is not so dangerous or threatening.

As with most phobias and irrational fears, there is no concrete and definite origin for the appearance of this fear. It is usually the sum of several factors and / or situations that ends up leading to the development of the disorder.

In the particular case of hipopotomonstrosesquipedaliofobia, it is very likely that in childhood, in the so-called early experiences, there have been some circumstances that triggered it. For example, not having been able to correctly pronounce a long word in a speech or conversation and that this caused the mockery or laughter of other people.

It can also happen that given the impossibility of uttering a word, none of those present have mocked, but that the subject does perceive that moment as a way of making a fool of himself.

In this case, although nobody really has made fun, the person is convinced that yes and that he has also made a fool of himself because that is how he has perceived it. This belief leads him to avoid using long and unusual words. So at the time you have to use one with these characteristics appear nerves and fear of making a fool of themselves again.

In other cases, the origin may be that an important or reference person previously had this fear. If so, the subject has learned to be afraid of these words, because they can make him look ridiculous, although he has never experienced it. There is a belief that if this reference person is dangerous, it is because he really is.

The phobia can also develop when you have observed that another person lived this situation and was the subject of criticism and ridicule. The individual may think that if it happens to him they may laugh or that the rest of the people do not consider him cultured or prepared enough.

In this way, without experiencing any previous traumatic experience in relation to long words, the phobia has developed.

In any case, whatever the cause of the development of this phobia, it is almost always accompanied by social phobia or extreme shyness. And very often other underlying problems appear that are often the source of the phobia.

These problems include insecurity, lack of self-confidence, feelings of inferiority with respect to others, low self-esteem, fear of failure or even an extreme need to please others at any time and in any situation .

Each person lives the phobia in a different way and therefore some symptoms or others may appear. But there are a number of characteristics that usually appear and that can be used to identify if we are suffering from this type of phobia or could be suffering from a family member or relative.

It is very common for the person who suffers the phobia to experience palpitations, sweating, tremors, agitation, nausea, abdominal pain and even punctures in the chest or difficulty breathing.

These symptoms appear in situations where you must use long, technical, and unusual words. Or they can even be given just to imagine or anticipate that situation.

Often the person imagines himself in that situation failing, pronouncing the words incorrectly and provoking the mockery of others. Appears an intense and irrational fear to be ridiculed, to appear inferior to others.

In addition, on many occasions this fear is accompanied by the fear of suffering a panic attack or even faint by the accumulated tension, which increases their fear of making a fool of themselves and the feeling of loss of control of the situation appears.

In most cases, the person is able to recognize that this fear he feels is irrational and meaningless, but he can not control the emotions and discomfort he experiences.

The main consequence of suffering from this phobia is that the person who suffers it further undermines their safety and self-esteem by being controlled by this intense fear.

Usually the subject tends to flee or avoid situations in which he has to use words with these characteristics, so he is forced to leave many activities aside and even employment. On the other hand, social relationships are often affected and the person tends to isolate himself because in this way he avoids having to be in an uncomfortable situation.

Another consequence that derives from the previous one is the feeling of guilt. The person is aware that his fear is irrational and even then leaves aside activities and relationships so that he does not have to face his fear.

This usually generates a feeling of guilt and at the same time contributes to undermine self-esteem because it is perceived as inferior and different from others.

Therefore, although it depends on each case and the level of severity of the phobia, the person tends to see his life deteriorated emotionally, socially and / or at work.

As with the rest of the phobias, the fear of long words has treatment and solution.

The recovery of the person usually goes through the assistance to therapy or consultation with a mental health professional.

The aspects that are treated or work range from the symptoms that cause discomfort (physical reactions such as agitation, palpitations, sweating, etc.), emotional symptoms ( lack of self-esteem, fear of failure, lack of self-confidence, etc.) to the causes of the phobia (early traumatic experiences, inherited fears, etc.).

Also in therapy, underlying problems such as low self-esteem, insecurity, lack of self-confidence or lack of social skills are treated. Not only work to alleviate the symptoms that generate so much discomfort, but it is about knowing the cause, the origin of the phobia to be able to solve the problem from its base.

It is also necessary to treat the avoidance and flight behaviors of situations that cause fear and discomfort. This type of behavior is responsible for reinforcing and increasing the fear of such situations, so it is essential to treat them.

Relaxation and breathing techniques are another fundamental point of treatment. These resources help the person to relax and control the symptoms before the feared situations.

Once the person has been previously prepared by the therapist, he begins to expose himself to his fear. That is to say, he will have to face those situations that he fears so much. In this way you will learn that pronouncing long words and even confusing yourself in doing so is not as dangerous or frightening as you thought.

Depending on the type of treatment, the exposure will be imagined or real. It can also be progressively and suddenly. In some cases a combination of the above may also be used. But the most recommended exposure is that which is done in a real situation and gradually.

In the case of the treatment of this phobia, the use of drugs is not recommended. The medications mitigate the symptoms and reduce the discomfort that the person experiences but they do not treat or solve the phobia from the origin.

In any case, the first step to solve the phobia is to identify and recognize it. The next thing is to contact a professional to ask for help. Although sometimes the person is afraid of being different or having an unresolvable problem, the truth is that the professional knows that his case is not unique and also knows how to solve it.