To prevent smoking it is important to avoid the first consumption or, at least, avoid that the first experiments with tobacco do not go over and do not become an addiction.

Tobacco use today is a serious public health problem. Since the decade of the 60s the dangers that this drug reports on the state of health are known and considered exhaustively. However, at present tobacco consumption is highly popular.

In this sense, preventive techniques and interventions are particularly important, given that due to the acceptance of tobacco in society, it is necessary to carry out a series of actions that enable people to refuse to use tobacco.

These preventive interventions focus mainly on adolescence and the beginning of the adult stage, since it is at these ages when most individuals begin to experience this drug.

How to Prevent Smoking

A large part of young people who start smoking will end up consuming regularly and will develop addiction to this substance. However, if  tobacco is not consumed during these ages, the likelihood of becoming a habitual smoker is greatly reduced. It is much better to prevent than to try to quit smoking. 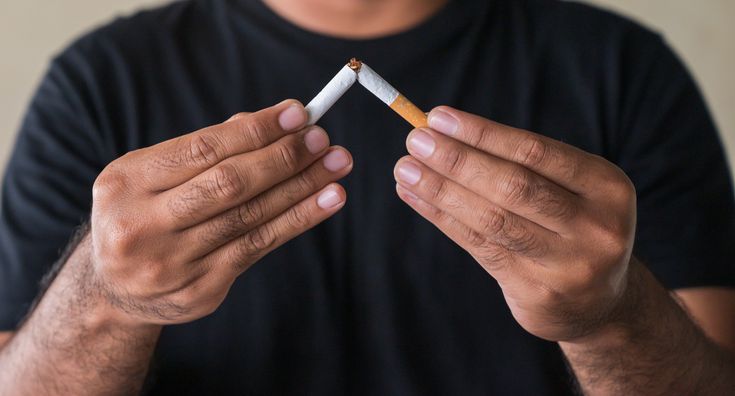 For this reason, there is now a certain consensus that the target population in which preventive interventions should be carried out is made by young people and adolescents.

The importance of preventing smoking

Tobacco use is a much higher public health problem than people think.

In fact, smoking has been established in society for many years, so the consumption of this substance has been widespread for decades.

However, unlike what happened years ago, the dangers and consequences of smoking are now well known.

According to the WHO, smoking would be the first avoidable cause of death and disease with more than five million deaths per year.

Likewise, the national health survey showed how the prevalence of smoking in Spain is extremely high.

Specifically, @nalyzing the general population (15 to 85 years of age) shows that 24% of individuals smoke regularly.

The prevalence is somewhat higher in men (28%), but there is a significant increase among women, since one in five women also consume tobacco.

Of all these cases of smokers, it is estimated that half of them will die prematurely because of tobacco.

Similarly, a study conducted in 2000 estimated how smoking could constitute 20% of annual deaths in Europe.

Another national study estimated that the mortality caused by tobacco in Spain could rise to 55,000 annual deaths (16% of total mortality).

These data may seem very alarming, however, has not yet been able to reduce the prevalence of smoking, and people continue to smoke despite the possible consequences of smoking.

How to prevent smoking?

If right now you landed on earth, you did not know anything about tobacco and you will finish reading what we have said so far, it probably would not even occur to you to light a cigarette.

However, in our society this does not work well, since the number of people who end up using tobacco is very high.

This fact is due to two main factors: on the one hand, the lack of awareness of society regarding the dangers of smoking and on the other, the clear addictive component of tobacco.

In this way, people, especially young people and adolescents, can start experimenting with tobacco without being aware of the repercussions of smoking and without finding clear prohibitions that restrict their use of tobacco.

The other important factor that explains smoking is the high addiction that this substance presents.

A person can experiment when he is young with tobacco, with the sole purpose of knowing what it is or what it feels like to smoke a cigarette.

However, very probably ignore that these first consumption can become a tobacco addiction, which will appear long before you want to account.

Therefore, to prevent smoking it is important to avoid the first consumption or, at least, avoid that the first experiments with tobacco do not go over and do not become an addiction.

How can we do this?

The first fundamental point for any preventive intervention is to inform.

In society, there is some knowledge that tobacco use is harmful to health, but this knowledge is often vague or inconsistent.

“Yes, tobacco can cause cancer or make you tired before …”

This phrase will be known to everyone from a young age, now, is it enough to know this about tobacco to be aware that you should not smoke?

Probably not, because if it were like that it would not be explained that today there are so many people who smoke and so many young people who start doing it.

Thus, providing information to young people about the real impact of smoking on the body and the diseases it causes, the percentages of death it causes and the deterioration it causes in the body is vital to prevent smoking.

The second step that must be carried out is to “psychoeducate”, that is, to provide information about the psychological qualities of tobacco use.

This second point is especially relevant for individuals to know the addictive potential of tobacco and to acquire a greater respect for smoking.

In fact, if only the information from the previous section is provided, the risk of ending up smoking continues to exist.

This happens because when explaining the characteristics of the tobacco one should not lie, so it will be specified that the consequences or diseases caused by tobacco appear in the long term.

So, before this type of information, a young person can automatically develop the thinking of. “If I smoke now a couple of cigarettes nothing will happen”, “I’ll stop doing it later and I will not have a problem”.

Given this thought, a teenager can start smoking from time to time, being convinced that he does it sporadically and temporarily but, when he wants to realize, he will have created a clear addiction to tobacco.

Thus, it is especially useful to provide basic knowledge about addictions, the addictive potential of tobacco and what happens to a person when they start to smoke on a recurring basis.

Introducing the reasoning refers to leaving space for young people so that they can assess and judge the fact of smoking.

If information is provided exhaustively, commenting terms and data in a rigid manner and with the sole purpose of “scaring” or prohibiting consumption in adolescents, they may adopt a rebellious response and do the opposite of what they are told.

This fact could be comparable to when a young person is told to study. He knows perfectly well that he must do it but, when imposed, does the opposite as a sign of autonomy and rebellion.

Therefore, it is important to take into account the opinion of young people and adolescents about tobacco and what is stated in the information content.

Through the opinion, individuals can begin to reason and elaborate the information received. The rejection options to the commented will diminish, and it will be more probable that in the conclusion extracted by the young people a clear rejection to the tobacco appears.

4- Motivate not to smoke

As we have seen, the fact of reporting is not enough because if a person wants to smoke, however much they know it is harmful to their health, they will end up lighting a cigarette.

Given this, it is very convenient to motivate the fact of not smoking in the same way that can be motivated to perform any other action.

Society is used to motivate people to do things but very little to not do them, and often the latter are even more relevant.

Given this, finding reasons and objectives to be met through the absence of tobacco is essential to prevent its consumption.

Unfortunately, supporting the example is something that many older people can not do to the little ones, since there are many adults who use tobacco.

However, it is very important that the person in charge of carrying out the preventive interventions of smoking (be it a teacher, father, mother, etc.) can preach by example and, therefore, do not smoke.

Otherwise, all the above may lose its value and not cause any preventive effect but rather the opposite.

Instruct positive values ​​towards life, emphasizing the good aspects of living and the need to take care of one’s health and value one’s life is very positive to prevent smoking.

In fact, smoking can be interpreted as a self-destructive action or intentionally attempts against one’s health.

In this way, people who have positive values ​​towards life and value both their health and the very fact of living, will have greater mechanisms to avoid smoking and interpret tobacco as something highly harmful.

Performing physical activity, encouraging healthy activities and adopting healthy lifestyles are the best mechanism to not allow entry to smoking.

In fact, a young man who practices sport or physical activity frequently, is motivated by his sports practice, and enjoys taking care of his physique and his state of form, he will surely refuse to light a cigarette.

In addition, having a healthy lifestyle, eating well, having an organized life and assessing physical health and self-care are especially important aspects to avoid tobacco use.

Finally, another important strategy to prevent smoking is to teach to say no.

All the above techniques may not be effective if faced with a moment of social pressure, the young person is unable to refuse the cigarette and ends up using tobacco.

Thus, teaching rejection is a basic skill for every person, not only to prevent smoking, but for proper intra and interpersonal development.

However, emotional education has not yet been well established in the educational systems of our society, so to prevent the use of tobacco may be important to pay special attention to the ability of the person to refuse and say no.

Tobacco is characterized by not causing diseases or major alterations in the short or medium term.

In this way, unlike other substances that can cause negative consequences quickly, tobacco requires a longer consumption to be highly harmful to health.

As regards the long-term consequences, tobacco is related to three main diseases: respiratory diseases, cancer and diseases linked to the circulatory system.

Of all of them, the one that seems to be more important is the development of lung cancer.

Cancer is not caused by tobacco itself, since it is generated by the body itself.

However, when the body metabolizes the tobacco consumed, carcinogenic enzymes are activated, so that smoking seriously increases the risk of cancer.

In addition, cigarettes often contain carcinogenic compounds such as tar, so smoking is very dangerous to get lung cancer.

In fact, the WHO estimates that smoking is responsible for 90% of the cases of mortality caused by lung cancer.

Another disease very related to tobacco is chronic obstructive pulmonary disease (COPD), due to the combustion that takes place when smoking.

The WHO estimates that smoking can explain 95% of cases of mortality caused by COPD, so that this disease could not be fatal if it were not accompanied by smoking.

Also Read: How to Prevent Alcoholism?

Finally, tobacco acts as a vasoconstrictor throughout the body (except in the head), so that its consumption can cause a high number of cardiovascular disorders.