Learning to prevent alcoholism is important to be able to anticipate risky behavior that begins at an earlier age.

Risk behaviors are behaviors that, when shown, can have negative consequences on one’s own health or the health of others or society.

In addition to alcohol consumption, adolescents tends to have other risky behaviors such as antisocial and criminal behavior, risky sexual relations, or other joint addictions such as pathological gambling.

How to Prevent Alcoholism

It is usual to have a correlation between alcohol consumption and other risk behaviors, particularly criminal behavior. 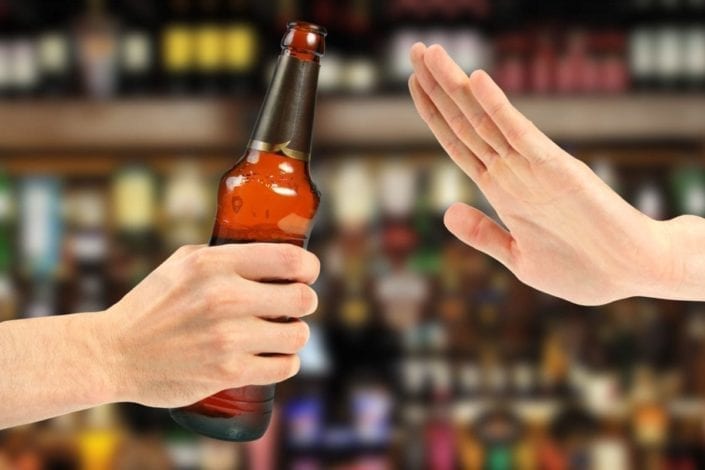 If we think of children and adolescents, the likelihood that they perform risk behaviors depends, above all, on the results they obtain or expect to obtain with this consumption.

The consumption of alcohol is not so much due to the lack of information that consumers have, but rather to the positive consequences that it causes in the long term. With alcohol they can feel integrated into a social group, obtain certain physical or psychological effects …

Prevention of risk behaviors in alcoholism

It is important to prevent risk behaviors of alcohol consumption to avoid a greater problem.

The prevention of risk behaviors involves all those actions that aim to prevent a child or adolescent from carrying out risk behaviors, or that progressively increase the frequency and / or intensity of consumption.

Characteristics that every preventive action must have

There have been many studies to find out what are the factors that a preventive action must have to have the desired effect.

According to the NIDA (National Institute On Druge Abuse), in its guide Preventing the use of drugs among children and adolescents , it points out some of the characteristics necessary for a preventive program to be effective (NIDA: 2003). These are:

Advertising prevention campaigns that are not accompanied by other actions have little impact on young people, as well as moralizing or fear-based messages.

The prevention programs in which an evaluation is carried out are more effective and have more lasting effects over time, as long as they are applied by people close to the adolescents.

These people could be the educators themselves, since they will have continuous contact with young people, and they have knowledge of each one of them.

Next, I will go on to explain the different types of alcoholism prevention.

Strategies for the prevention of risk behaviors

Towards an assertive style

It is common for adolescents at risk of consumption to experience relationship and communication difficulties with the adults they refer to. These difficulties come in large part through the use of an aggressive or passive communication style.

Therefore, an essential objective in the prevention of consumption is to create an adequate communication style to be able to carry out the intervention. Thus, an objective will be established to achieve an assertive style in which to express what is desired of the other person in a direct, sincere and adequate manner, showing respect in turn with the personal point of view.

The appropriate thing is to inform and train the adults of reference in different strategies facilitating this style of communication. Some of these strategies are:

The role of parents, mothers and educators is essential to reduce unwanted behavior and promote appropriate behavior. Supervision and control by these helps the young learn the most adaptive and beneficial behavior in the long term.

To avoid the occurrence of unwanted behaviors, it is convenient to intervene before they occur. For this, limits and norms will be established at social, family and school level.

In the event that inappropriate behaviors have already occurred, we will use punishments(response cost, time out, withdrawal of privileges, etc.) when we want the youth to stop carrying them out.

In addition, if we want to encourage positive behaviors for the young person, reinforcers(social, material, motivational, etc.) will be used, which will help to repeat this behavior again.

There is a series of situations of personal and social nature that predispose a person to consume alcohol or another drug and, consequently, to develop a problem of consumption. These would be the so-called risk factors.

Some risk factors are low self-esteem, a history of alcoholism or other addictions in a family member, consumption or a favorable attitude towards drinking in friends, school failure or absence of social support.

Contrary to risk factors, there are a series of conditions that protect people from these situations, thus reducing the likelihood that a problem of consumption may occur.

These would be the factors of protection, and favor the development of the individual towards a healthy lifestyle, cushioning or moderating, in turn, the risk factors.

Some of the protective factors are the ability to make decisions, cohesion of the family group, attachment to non-consumers, attachment to the school or community resources.

There are different models of prevention that differ in their attribution of the problem and in the preventive strategies they propose. A preventive model will be more complete if it is carried out from a psychological approach.

This means that a prevention program must take into account biological factors (alcohol or another type of drug as a substance that produces effects at the neuronal level), psychological and social (we must not forget that many consumptions are carried out due to their integrating effect and socializing in a social network).

Next, I will explain the different prevention models that exist, the attribution that each of them makes of the problem and the preventive strategies that they propose.

This model understands the problems derived from the consumption of alcohol as a disease, in which genetic factors or organic deficits are responsible for consumption.

They also put the substance as the cause of health problems. The preventive strategiesthat this model proposes are based on information about the harmful effects of alcohol.

In this case, the problem is attributed to the existence of an offer of alcohol in the market. Prevention is based on a set of strategies aimed at controlling this offer, preventing or restricting the access of young people to drugs.

The responsibility, according to this model, is found in the individual and in his individual conscience. They blame the individual for not being healthy and promote blaming messages.

It does not give importance to the role of the contexts in which adolescents meet and promotes prevention focused on the transmission of information.

P Onen emphasis on the need for social change to solve the problem of drug use, as they consider it primarily a social problem. This model may fail to exculpate the individual from responsibility for the problems arising from consumption.

It is based on an integrating, multi-causal approach. It considers consumption as a phenomenon with many factors that include the substances themselves, the personal characteristics of the individual and the variables of their environment.

To finish the article, I want to emphasize the importance of beginning to intervene long before the conflict moment so that prevention is effective.

Also Read: Why Do I Get Dizzy When I Smoke?

Actually, it would be appropriate to start prevention in the first moments of education since the birth of the individual. If an early educational model is established, we can avoid later problems at more advanced ages, or if they do appear, they will be more likely to be successful.