The phobia of cockroaches , also called katsaridaphobia, is an irrational and persistent fear, being something unjustified and very debilitating for those people who suffer from this disorder.

The repulsion to this insect can be due to multiple factors: such as its anatomical structure, its ability to transmit diseases, the fact that they feed on putrefaction or that some are able to fly.

For many people, this phobia can lead to an obsessive-compulsive disorder (OCD), causing a constant picture of insecurity for fear of a cockroach appearing at any time.

Avoid basements or dark places, do not rely on summer accommodations or preventive manias such as preventing sheets or curtains from touching the ground, limiting the daily lives of those affected.

“Any movement on the floor gives me the chills, sometimes I go to bed and I think any noise is one of them, I get up and I spend all night awake thinking that at any moment I could get between the sheets with me. The problem is that when I’m sure there’s one in the room, my body does not react and I’m unable to get up and kill her. “

We believe that with this real quote it is perfectly understood what individuals end up suffering with horror to cockroaches. Throughout this article we will name the problem, define the symptoms and their probable causes and develop the possible treatments and therapies. If you read us to the end you can find a section of curiosities about this insect that gives so many headaches to so many people.

Many people wonder what is the technical name of the fear that is felt by cockroaches. At the moment the closest thing would be katsaridaphobia , Anglo-Saxon term that has not yet been accepted in our language.

Thus, entomophobia could be the most specific denomination for Spanish. However, it should be noted that this term covers the fear of all kinds of insects, whether spiders and scorpions ( arachnophobia ) moths and butterflies ( motefobia ) or bees ( apiphobia ).

In turn, the entomophobia is within another group of phobias broader, which covers all animals and is called zoophobia. This already goes from fear to dogs ( cynophobia ) to toads ( bufonophobia ), among others.

As with other phobias, depending on the degree of the person’s condition, the symptoms that are experienced may be of greater or lesser degree. For this, one must take into account the mental state and other binding characteristics of the individual.

Some of the most common and prominent symptoms for this disorder are:

In this homemade video you can see some of the symptoms that a girl suffers when she is aware that there is a cockroach in one of the rooms of her home.

As we commented before, sometimes the individual can develop Obsessive Compulsive Disorder (OCD) which is reflected when he puts all the means to guarantee that these insects are outside their closest circle. To do this, he constantly uses insecticides or traps in his homes, carries out sweeping or constant brushing of carpets, rugs, appliances or the bathroom, etc. 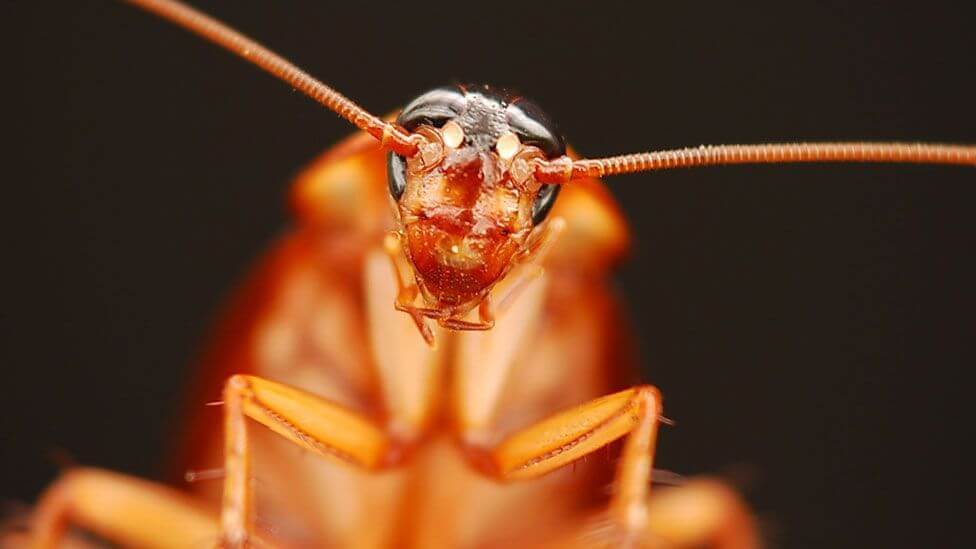 The reasons for being afraid of cockroaches will depend on the individual, just as with the symptoms. The onset of the disorder can come at any time of your life, so no one is free to suffer from this phobia.

The reason for this is that, like most phobias, they can develop after suffering a traumatic event, something to which you are exposed for life.

However, the vast majority of these events usually occur during childhood. Very rare are the cases that develop in adult stages.

The evolutionary cause is also very present and is considered by the scientific community. Our prehistoric ancestors were programmed to stay alert to possible predators or enemies that robbed them while they slept in caves, an ideal place for cockroaches, which love the warmth and darkness to live.

Family conditioning is a topic that today does not agree with scientists. While some think that it is linked to genetics and that if you have relatives with phobia of cockroaches or another insect, this will more likely develop that fear, others believe that it is simply a response conditioned by what you observe at home (negative experience ).

For whatever reason, the fear of cockroaches has a certain success in its cure fortunately. Psychology and its professionals play and have played an important role and each time the methods are more effective for its repeal.

The first step will undoubtedly be put in the hand of an expert, who will first verify if your fear of cockroaches is a phobia or is simply a repulsion towards them. If you really suffer the disorder, it is likely that you follow some of the therapies that we expose you below.

Sensitization technique by which the affected will be gradually exposed to their fear. It includes looking at photos of cockroaches, seeing one of them from a distance, touching a dead one, staying alone with one of them, touching it while alive, etc. It is the most common method of improvement in entomophobia or zoophobia.

It consists of the restructuring of the negative thought that exists about the element to which one is truly afraid. Thanks to techniques such as biofeedback or certain relaxation techniques, the thoughts and behaviors towards the cockroaches will be modified eliminating any trace of terror.

The NLP aims to get to the root of why he is afraid of cockroach. As we mentioned earlier in the section on causes, the reasons may be quite different, but if we approach the origin of the trauma, we can manage to convert irrational fear into a situation of calm and relaxation.

For this, a combination of psychotherapy, personal development and communication will be carried out that will modify the behaviors or abilities of the individual suffering from the disorder.

Use of virtual reality

Since not long ago, virtual reality is occupying a lot of relevance in our society thanks to the high development it is experiencing. But this application is not only used for leisure, but can also be used in the treatment of phobias and other mental illnesses.

Specifically, the Laboratory of Psychology and Technology (LABPSITEC) of the Jaume I University developed in 2009 a system for the treatment of fear of spiders and cockroaches through virtual reality.

This would be similar to exposure therapy, where the patient faces fear gradually with a therapist, but with the difference that he feels more secure because everything is virtual.

Only this therapy is used in very extreme cases, something that is usually rare. If the patient suffers anxiety, panic attacks of long duration or serious and reactions are of the common that damage the health of the affected, if it could resort to antidepressants (SSRIs), anxiolytics or anticonvulsants.

With them, you could improve the state of panic and produce a sense of calm, but you also risk the possible side effects that result from the intake of these drugs.

Are you also one of those people who can not stand being in the same place next to a cockroach? Tell us your experiences with these insects!