The term emotional diabetes or emotive diabetes is used to refer to alterations in glucose metabolism that would be  caused by psychological imbalances.

It would be differentiated from the disease of normal diabetes because it is caused by psychological factors instead of  physical and biological factors. It is postulated that certain emotional alterations that people can experience in a multitude of situations and stressful events, could  produce imbalances in the metabolism and cause the typical symptoms of diabetes.

This theory was postulated with coherence when observing the metabolic uncontrolles that take place in the body of a person when this one experiences periods  of instability or very intense emotions.

It has been shown that when we are stressed the body releases and increases the levels of substances such as cortisol, adrenaline or noradrenaline in the body.

This is explained because when we live a period of stress or emotionally intense, the brain prepares the body to respond quickly and  effectively, and these substances facilitate the development of the body.

However, these mechanisms that are put into action in emotionally intense situations, are configured to be short-lived and activated  only in specific periods.

For example, biologically speaking, these physical reactions would allow us to activate the muscles, sharpen the eyesight and stop the digestive processes  to possess the necessary energy to be able to flee or attack in an effective way in situations of danger.

However, when the experimentation of these emotions becomes chronic, our mind releases the substances of cortisol, adrenaline and noradrenaline in a  constant way, and these affect the functioning of our body also in a constant way.

And is that the increased release of cortisol, adrenaline and noradrenaline stimulate the liver in such a way that it releases glucose from its reserves, so  blood sugar levels increase.

As we have said, this is a normal physical phenomenon, since in a situation of stress or emotionally intense, what the body does is to try to  release as much glucose as possible to the blood to have more energy to make an adequate response to such a situation.

However, when we experience intense emotions continuously, our body will begin to release glucose in the blood in an excessive and  pathological way, which can cause many damages.

This is precisely what is known as stress, when a person has stress emotions permanently, regardless of the direct stimuli  that he is witnessing.

So, with what we have explained so far, it is quickly understood that stress produces negative consequences on the body, because when  we are stressed our body is more activated than it should be.

The release of cortisol, adrenaline and noradrenaline constantly causes our liver to be releasing glucose to the blood in a constant way  , so we will have high levels of blood glucose (hyperglycemia), in the same way that happens in diabetes.

Is there emotional diabetes?

As we have explained above, there is currently a remarkable scientific evidence that shows that emotions have a direct effect  on the organism.

In addition, not only has it been shown that emotions cause physical alterations, but it has been connoted as the experimentation of intense emotions  produce the main symptoms of diabetes, hyperglycemia.

In this way, it could be interpreted that both the diabetes of biological origin (the traditional diabetes that we knew until now) and the “diabetes of  psychological origin”, produce an increase of glucose in the blood.

However, is this fact sufficient to demonstrate that diabetes as a disease can be caused as much by biological factors as  by psychological factors, and therefore, could emotional diabetes be affirmed as a type of diabetes?

The answer to this question is, to date, negative.

That is, the fact that emotional states produce symptoms similar (or equal) to those produced by diabetes does not allow us to affirm that both  aspects make up the same disease.

Therefore, due to the absence of evidence or evidence to the contrary, today it can be affirmed that emotional diabetes does not exist as a  disease.

In addition, to reaffirm that the physical consequences of emotions and the consequences of diabetes are not 100% comparable, we can observe the  results that are present when both factors appear simultaneously.

That is, both a person with diabetes and a person without diabetes can experience intense emotions and periods of stress that cause the  physical consequences we have explained so far and increase blood glucose levels. 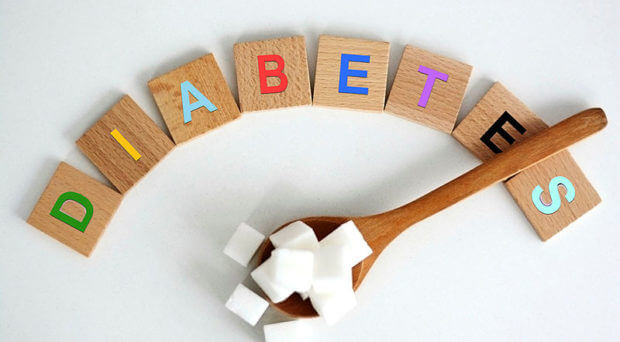 However, there will be a clear difference between both subjects when this happens:

What is the implication of emotions in diabetes?

The fact that the experimentation of emotions increases the levels of glucose in the blood automatically makes it a risk factor for  diabetes.

That is, a person with diabetes will have higher blood glucose levels due to their disease, causing the negative effects on the body  that we have discussed.

However, if this person with diabetes also suffers from high levels of stress and experiences intense emotions on a frequent basis, blood  glucose levels will increase even more, and the negative effects of diabetes will increase.

Until now, diabetes treatment focuses on following a specific diet and carrying out exercise to mitigate the  consequences of the disease, and the important role that emotional states can play has been ignored.

In addition, it should be taken into account that emotions and diabetes develop a bidirectional relationship:

On the one hand, as we have seen throughout the article, emotions increase the release of glucose in the blood, so they can increase  the symptoms of diabetes and turn it into a more uncontrollable pathology.

But on the other hand, diabetes is a very important physical and functional impact, a fact that can cause difficulties for the person  suffering from it to cope with both his illness and other aspects of his life.

Thus, on many occasions, diabetes can act as a stressor, which can increase the experimentation of negative emotions.

In this way, the term of emotional diabetes opens a very interesting new path before the approach and management of diabetes.

And is that the physical and biological impact of diabetes is well defined and informed in today’s society. However, the same does not happen with the  emotional impact it can produce, which is still not adequately delimited.

Thus, emotional diabetes could make reference to the added difficulty that those affected by diabetes have and who fail to make  a good emotional adjustment.

This is why psychological treatment should gradually become an adequate tool in the treatment of a medical disease such  as diabetes.

Currently there are studies that show that negative emotions such as anger or sadness interfere with the proper management of diabetes, so  emphasizing emotional health should become a major factor in the treatment of the disease.

And it is that living periods of stress or having bad emotional health can be a factor as negative for the disease as performing a bad diet or  forgetting the physical aspects.

Emotional diabetes shows that people with diabetes need to lead a quiet and emotionally stable life for their own physical health  , therefore, this factor should not be overlooked when making appropriate treatments for a disease as complex as this one.

What is the diabetes?

Diabetes is a chronic disease that is triggered when the body loses its ability to produce enough insulin or, failing that, to  use it properly and effectively.

The insulin is a hormone that is constituted in the pancreas, and its main function is to allow glucose food access the  body cells.

Thus, insulin is that substance that allows our body to obtain the necessary energy from food so that our muscles and tissues  can function and develop normally.

Thus, the problem caused by diabetes is that it does not allow the body of the person suffering from it to absorb glucose properly, so it  remains in the blood and accumulates.

The fact that excess glucose remains in the blood is called hyperglycemia, and produces a series of negative consequences in the body, as  over time it damages the tissues.

However, not all people affected by diabetes have the same pathological characteristics, since there are 3 different types of diabetes.

Type 1 diabetes is caused by an autoimmune reaction, in which the body’s defense system attacks the insulin-producing cells of the  pancreas. As a result, the body stops producing insulin.

It is unknown what are the factors that cause such alteration in the functioning of the organism, however, it is ruled that the cause lies in a  dysfunction of the body, and therefore would be physical alterations that would predict its appearance.

Type two diabetes is the most common type of diabetes. In this case, the body can produce insulin but either does not produce enough, or the  body does not respond to its effects.

This causes that, in the same way as in the previous case, the glucose accumulates in the blood since, since there is not enough insulin, it can not  regain it. In this case it is also understood that they are alterations in the functioning of the organism which would originate the disease.

Finally, there is gestational diabetes mellitus, which is characterized by developing during pregnancy, and usually occurs due to the  inability of the body to produce and use the necessary insulin during pregnancy.

Thus, by way of summary, diabetes is a disease that is characterized by a series of physical alterations that cause the body is unable  to produce enough insulin, so that the body is not able to metabolize blood glucose.