The agliofobia is a psychopathological disorder that is characterized by an irrational, excessive and unjustified pain to fear.

People who suffer from this disorder fear, above all else, to feel and experience sensations of pain. Fear of painful stimuli can significantly affect their behavior and performance during their day to day.

Likewise, when the subjects with agliofobia suffer painful sensations, they respond with a marked response of anxiety that is highly unpleasant.

However, the most innovative psychological treatments are effective to intervene this disorder. By applying the appropriate techniques and psychotherapies, a person with agliofobia can overcome their fear of pain.

In the present article we review the information that is currently available about this type of specific phobia.

Nowadays, the literature on this alteration is very abundant, fact that allows an adequate understanding of the agliofobia and the development of effective interventions to treat it.

Agliophobia is an anxiety disorder. Specifically it consists of one of the many types of specific phobia that have been described today.

Specific phobias a group of disorders that are characterized by the presence of clinically significant anxiety in response to exposure to specific feared situations or objects.

In the case of agliophobia, the feared element is pain, so this disorder is defined as the phobic fear of the painful elements.

Pain is a personal and remarkably subjective experience. There are people who may be more intolerant of these sensations and individuals who may be more accustomed to pain.

This fact causes agliofobia to be a slightly more complex disorder than other types of specific phobia.

In cases such as spider phobia or phobia of heights (two very common types of specific phobia), the feared elements are clearly identifiable.

However, in agliophobia the feared stimuli can be much more variable. They depend on each case, since each individual can perceive different painful elements and situations.

The fear experienced in the agliofobia is characterized by being phobic. In this way, it must be differentiated from the fear of adaptive pain.

Painful sensations are experiences that are not pleasant for people. Likewise, these can indicate a notable degree of danger to physical integrity.

Thus, fear of pain per se does not constitute a psychological alteration. Anyone who is going to receive an intense painful stimulus experiences fear in the previous moments.

So, in order for fear of pain to be related to agliofobia, it must present a series of characteristics.

The attributes of phobic fear of pain reveal the intensity of the fear, its null adaptive nature and the consequences on the psychological state of the person.

The first and fundamental characteristic that defines the fear of agliofobia is its irrationality. That is, the subject with this disorder is not able to rationally explain why he fears the pain.

Faced with a situation of imminent pain, people can argue with relative ease why they feel fear. The possibility of suffering some damage or experiencing a highly unpleasant sensation justifies the fear of pain.

However, the feared stimuli in agliophobia are much more diffuse. The person with this disorder may fear a wide variety of seemingly harmless stimuli, but they are related to the experience of pain.

The irrationality of the fear of agliofobia is accompanied by its intensity. The fear experienced is excessive compared to the demands of the situation.

Thus, in agliofobia the fear of pain is not experienced only in situations of real or probable pain.

The elements that can cause fear are multiple, and the response of fear is exaggeratedly high.

Although the person with agliophobia is aware that his fear is irrational and that there is no reason to have it, he continues to experience high feelings of fear when exposed to his feared elements.

In this way, phobic fear acquires a high uncontrollable component. The person can not do anything to manage their feelings of fear. When exposed to pain, they appear automatically.

Unlike non-phobic fears, the fear of agliofobia is highly maladaptive. This means that the fear experienced does not allow the individual to adapt better to their environment.

Rather the opposite, the fear of agliofobia pain makes it difficult for people to adapt and decreases their quality of life.

The individual experiences very intense fears in situations where he could be calm and relaxed. So the disorder greatly affects their psychological and mental state.

The fear of the pain of agliofobia is so intense that it motivates the avoidance of feared situations. That is to say, the person with this alteration will try to avoid, whenever he can, all the elements that relate to the pain and that give rise to phobic fear.

This behavior is basic for the diagnosis of psychopathology and responds to the high discomfort caused by phobic stimuli. The subject with agliophobia avoids these stimuli in order to also avoid feelings of anxiety and discomfort.

In agliofobia, the feared elements can be very variable in each case. A needle, a match, play a sport, get sick … All these elements and situations are examples of feared stimuli in the agliofobia.

For this reason, the avoidance that a person with this psychological alteration makes can also be highly unpredictable. This fact motivates a greater behavioral affectation of the disease and, therefore, a worse quality of life for the subject.

Finally, we must bear in mind that phobic fear is not temporary. Agliophobia is a permanent disorder, so the fear of pain persists over time.

The individual with agliophobia always experiences sensations of fear when exposed to their feared elements. These do not appear sporadically or intermittently. 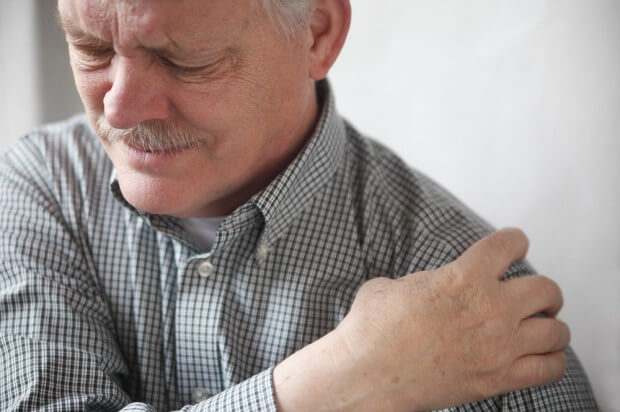 The symptomatology of agliophobia is mainly anxious. When the person with this alteration is exposed to their feared elements, responds with a high anxiety response.

In fact, certain symptoms of anxiety and nervousness can appear even without the presence of the feared element. The simple prediction that pain can be experienced at a certain time can lead to anxious manifestations.

The anxiety of agliofobia is characterized by affecting three different planes of the person: the physical plane, the cognitive plane and the behavioral plane.

Agliophobia causes a wide range of physical alterations on the person. In fact, when it is exposed to their phobic stimuli, the first manifestations are physiological.

The physical manifestations of agliofobia can be variable in each case. Not all people have the same symptoms or a single group of alterations.

However, the physical symptomatology of agliofobia is an increase in the activity of the central nervous system of the brain. In this way, people with this disorder show some of the following manifestations.

The cognitive plane encompasses an infinity of thoughts that the person with agliofobia can develop with respect to the fear of pain.

These cognitions can be multiple and vary in each case. However, all of them are characterized by presenting a high burden of negative and fearful attributes towards the experience of pain.

These thoughts motivate the avoidance of stimuli related to pain. And when the individual is exposed to them, it feeds back with the physical symptoms to increase the fear and anxiety experienced.

Finally, agliophobia is characterized as a disorder that significantly affects the behavior of the person. The two most prevalent behaviors are avoidance and escape.

Avoidance refers to all the behaviors that the person develops throughout the day that allow them to avoid contact with their feared stimuli.

Escape, on the other hand, refers to the behavior of escape that individuals with agliofobia perform when they fail to avoid the feared stimulus and come into contact with it.

Both behaviors are motivated by fear of pain and pursue the same goal: to avoid the anxiety and discomfort caused by being in contact with the feared stimuli.

The diagnosis of this disorder must be made by a medical professional. Which, through the administration of various tests such as questionnaires and interviews, will dictate the presence or absence of agliofobia.

In order to make this diagnosis, a series of criteria must be met. These are:

There is no single cause that can cause this disorder. In fact, today there is a high scientific consensus in affirming that different factors can contribute in the development of agliofobia.

In this sense, classical conditioning seems to be one of the most important. Having lived through traumatic experiences, having visualized unpleasant elements or having received negative information related to pain, seem to be factors that play an important role.

Likewise, some authors postulate the presence of genetic factors in the disease. Not all people have the same probability of developing phobic fears. Individuals with family members with anxiety disorders would be more susceptible.

Finally, certain cognitive factors such as unrealistic beliefs about the damage that could be received if exposed to the feared stimulus, the attentional bias towards the threats related to the phobia, the low perceptions of self-efficacy and the exaggerated perception of the danger are elements that could be important. in the maintenance of agliophobia.

The intervention that showed greater efficacy in the treatment of aglyophobia is psychotherapy. Specifically, the application of cognitive behavioral treatment has markedly high rates of recovery in this disorder.

This intervention is based on exposing the subject with agliofobia to its feared elements. In this way, the individual gets used to the stimuli and little by little he overcomes his fear of them.

To achieve this, a hierarchy of stimuli is built, so that the person can be exposed gradually. Likewise, the intervention focuses on avoiding the anxiety response when the person is exposed to their feared elements.

In the case of agliofobia, it is recommended that said exposure be carried out through virtual reality. This technique allows the individual to fix their attention on the interactive game.

In fact, a recent study conducted at the University of Barcelona showed the positive influence of virtual reality on the decrease in the perception of pain.

Also Read: Anxiety in Pregnancy: 13 Steps to Reduce It

In addition, other psychotherapeutic techniques can be applied. The most used are relaxation techniques to reduce anxious symptoms and provide a state of tranquility, and cognitive techniques to modify altered thoughts about pain. 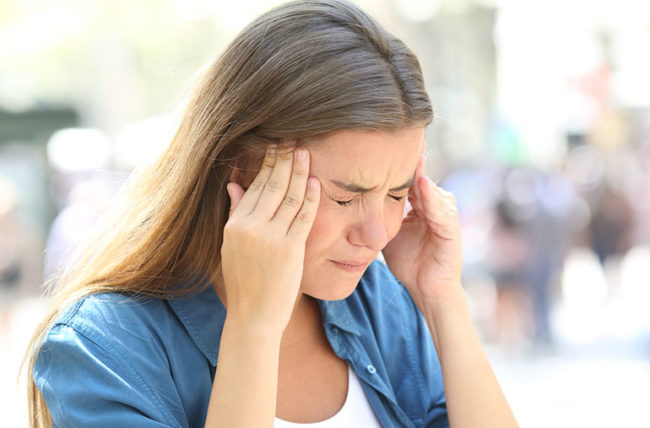