The anxiety disorders differ from normal anxiety people with this disorder experience both fear and anxiety in their daily lives they are unable to lead a normal life.

Anxiety is a normal response that helps us prepare for stressful situations that is beneficial in some situations. For this reason, it is normal that we all feel anxiety when we have an important public presentation or when we are going to do an exam. But you have to be careful because normal anxiety can become a disorder.

Anxiety disorders are very frequent in developed countries. According to the National Alliance of Mental Illness, this mental disorder is the most frequent in the United States, where it is estimated that 18% of the adult population, 40 million people, suffer from this disorder. Being more frequent in women, who are 60% more likely to suffer from an anxiety disorder (NAMI, nd).

This problem does not only affect adults since most people have symptoms of anxiety before age 21 and it is estimated that around 8% of children and adolescents have anxiety problems (NAMI, nd).

Fortunately, there is a cure for anxiety disorders because there are many effective treatments that can help patients to perform the daily tasks that the disorder prevented them from doing and improve their quality of life.

Each anxiety disorder presents unique symptoms that differentiate it from the rest of the disorders, but they all share a series of common symptoms that fall within the two axes that characterize these disorders: fear and excessive anxiety.

These problems are presented in the form of a crisis of anguish and negative affect:

Next, the Anxiety Disorders included in the DSM-5 will be described, with their differential symptoms.

The separation anxiety is one of the new additions in anxiety disorders since previously it was included in the category of “habitual disorders with onset in infancy, childhood or adolescence.”

Although previously it was only diagnosed in children and adolescents, clinical psychologists and psychiatrists have found the presence of this disorder also in adults, so they have adopted the diagnostic criteria to be able to adjust them to the needs of patients.

Patients who have this disorder suffer intense or persistent fear or anxiety when they have to separate from a person with whom they have a close bond (a relative, a partner, a friend, etc.).

This fear is evidenced by the following symptoms:

In order to diagnose this disorder, the symptoms of fear, anxiety or avoidance must be present for at least 6 months in adults and 4 weeks in children and adolescents.

Like the previous disorder, selective mutism was previously included in the category of “Disorders with habitual onset in childhood, childhood or adolescence”, but now it is included within the Anxiety Disorders due to the high anxiety component that presents the people who suffer from this disorder.

People who suffer from this disorder feel unable to speak in public or answer other people, even if they are in a specific social situation in which they are supposed to speak.

These people do not have problems speaking in other contexts where they feel safe, like in their own home or when they are surrounded by family or friends.

For this disorder to be diagnosed, symptoms must be present for at least a month, although if that month coincides with a major change in the child’s or adolescent’s life, such as starting at a new school or moving, it must be present for more than one month. 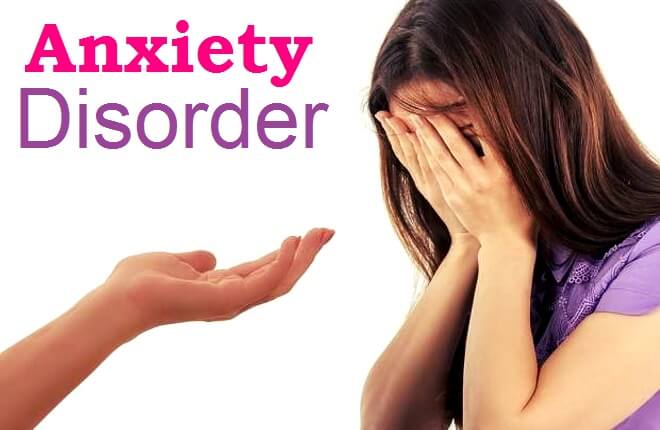 People who suffer from a phobia feel intense and persistent fear and anxiety as soon as they know they are going to have to face a situation, object, animal, etc. determined.

This fear occurs almost immediately and people often avoid situations in which they anticipate having to deal with the situation or object that causes them fear.

Phobias can be directed to multiple stimuli, in the DSM-5 they are grouped into 5 groups:

People with social anxiety disorder feel intense fear and great anxiety every time they are in a social situation. These people fear to show symptoms of anxiety or acting in a way that is not correct and that the people around them judge them negatively for it.

Within this disorder, there is a group of patients who only feel afraid at times when they have to act (for example, speaking in public), but not when they are in a social meeting where they should not do anything specific.

To diagnose this disorder it is essential that the symptoms of fear, anxiety and/or avoidance are present for at least 6 months.

The panic disorder characterized by the presence of panic unexpectedly and recurrent.

To diagnose this disorder, at least one of these crises must be followed by a concern and concern, persisting for at least a month, due to the anticipation of a new crisis.

The disorder is also diagnosed if the crisis of distress caused in the person a significant and maladaptive change in their behavior patterns that prevent him from carrying out a normal life.

Although panic attacks are a disorder itself, they can also be a symptom of other anxiety disorders.

A common mistake is to think that agoraphobia is defined as having a phobia of open spaces, but this is not true. People suffering from agoraphobia may be afraid or anxious in any of these situations:

To avoid feeling anguish in these situations the person looks for a companion or tries to avoid them.

Many times people with agoraphobia fear these situations because in other cases they have suffered an anxiety crisis and fear that it will happen again and that no one can help or that other people see their symptoms and judge them negatively.

To diagnose this disorder, symptoms must be present for at least 6 months.

People suffering from generalized anxiety disorder feel excessive, prolonged and persistent anxiety and worry in multiple situations, although often they do not even know what is causing them anxiety.

When they feel this excessive worry they are unable to control it and feel a physiological overactivation that makes it difficult for them to perform their daily tasks. This prolonged overactivation leads to exhaustion and may cause nausea and headaches.

To be considered that a person has this disorder the person must suffer this anguish most days for a minimum of 6 months.

The most common substances that can cause this disorder are:

Fortunately, people with this disorder usually recover after a time after stopping taking the substance, although the prognosis is complicated if this disorder is comorbid with an addiction.

Anxiety disorder due to another medical condition

Some medical, organic diseases can produce symptoms of anxiety. Some of these diseases are:

Some of the most usual specifications are:

This category includes clinical pictures that include symptoms of one or more anxiety disorders that cause significant discomfort in the person who suffers but does not meet the criteria to be diagnosed with any specific disorder.

This diagnosis usually occurs when the professional does not have enough information, or time to look for it, and needs to give a quick diagnosis, for example, in the emergency services.

Why do some people develop anxiety disorders and others do not, when they have suffered the same stress? There are a number of factors that can predispose the development of an anxiety disorder. In order for the disorder to finally develop, there must be a combination of factors that include genetic and biological variables, and environmental factors.

Among the genetic and biological factors include:

Regarding the environmental factors, the following stand out:

There are other factors that are a combination of the previous two and also seem to be important:

Regardless of the psychological current that the professional follows, there is a key element that should be in all therapies and is that these must be adapted to the needs and particular characteristics of the person.

It is also important that the patient, and the people who live with him, are actively involved in the therapy and follow the advice of the psychologist.

Here I will talk only about cognitive behavioral therapy to be the most effective for these types of disorders.

This type of therapy focuses on teaching the person to think, act and react in a different way to situations that cause stress and/or fear. In addition, it is also often used to help people improve their social skills and thus get a social network that can be supported if necessary.

The two most used techniques, within cognitive behavioral therapy, to treat anxiety disorders are cognitive therapy and exposure technique :

Although both techniques are quite effective, some studies have found that cognitive therapy is more effective in social anxiety disorders, compared to the exposure technique.

This type of therapy can be done both individually and as a group, as long as all people have similar problems. Group therapy is especially useful for social anxiety disorders.

In addition to the work done in the consultation, it is important that the person carry out the techniques and advice that have been explained to him in his daily life.

Carrying out stress management techniques, as well as meditating, can be very beneficial for people suffering from anxiety disorders, and they usually increase the effect of the therapy.

Performing sports on a regular basis has also been shown to have de-stressing effects, although there is no evidence that it can be used as a sole treatment for anxiety disorders. That is, they increase the effectiveness of the treatment, but they are not a treatment by themselves.

We also have to be careful with the foods and substances that we take, foods and stimulating substances such as coffee, certain drugs, and some medications can aggravate the symptoms of anxiety, therefore, it is necessary to consult a doctor if you take any medication. usual way because you are likely to stop taking it.

Increasing and strengthening ties with family and friends also has a very important protective effect for anxiety disorders.

Medication by itself can not cure anxiety disorders, but it can help alleviate some symptoms.

The most used psychotropic drugs to combat the symptoms of anxiety disorders are antidepressants, anxiolytics and beta blockers.

In addition to depression, antidepressants are also effective in treating anxiety disorders. Its effect usually takes a few weeks to notice and can have side effects such as headaches, nausea, and trouble sleeping.

Although side effects are not usually a problem because antidepressants are administered progressively so they do not usually occur or present very mildly.

The anxiolytic often used to treat acute cases of anxiety, such as panic attack, or serious disorders.

The most common drugs used to treat anxiety disorders are benzodiazepines. Although for cases of acute anxiety such as panic attacks or some phobia, antidepressants are usually used initially and then benzodiazepines.

The most commonly used beta-blocking drugs are propranolol and atenolol and its main effect is to alleviate the physical symptoms of anxiety such as tachycardia, tremors, and sweating.

These drugs are usually prescribed for social anxiety disorders since the main fear of people suffering from this disorder is that they are noticing the physical symptoms of anxiety. 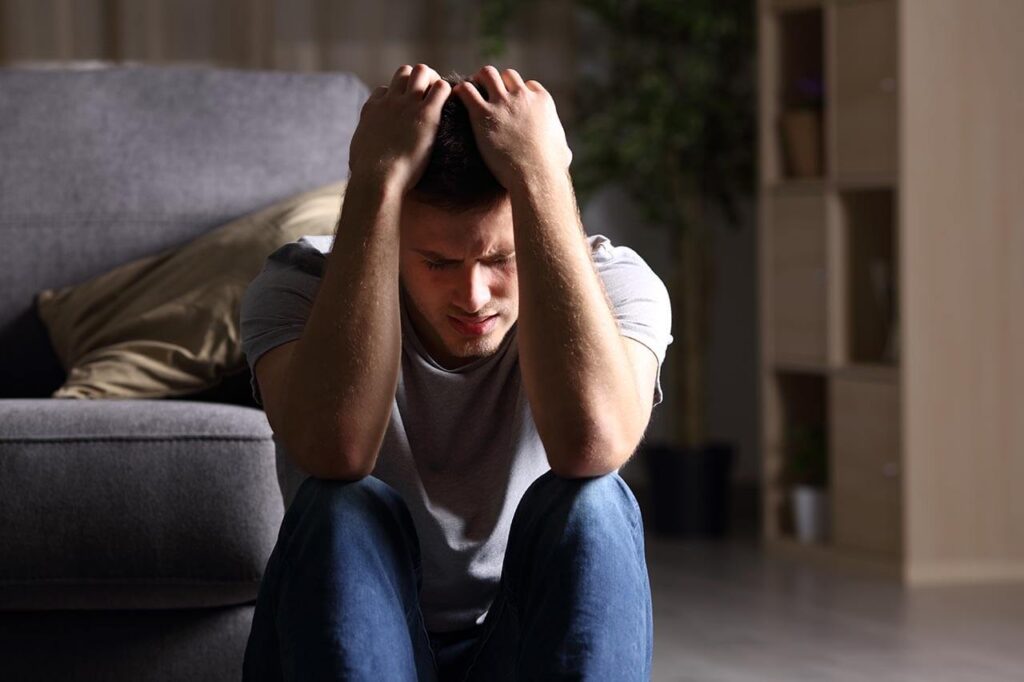