The anxiety in children is the appearance of an intense feeling of discomforts no objective reason to justify, accompanied by feelings of apprehension and repetitive thoughts. This is one of the psychological alterations that occur most frequently during childhood.

Recent studies have shown that the prevalence rates of this type of psychological problems in children would be between 9 and 21%.

Characteristics of anxiety in children 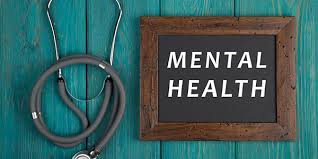 In children, the manifestations of anxiety will be different depending on the stage of development in which they are.

In these cases, a poor assessment of anxiety symptoms can often lead to inadequate diagnoses such as attention deficit hyperactivity disorder (ADHD) or challenging negativistic disorder.

Older children (adolescents and preadolescents) have a greater capacity to describe their subjective experiences and are able to experience certain symptoms such as fear, nervousness, tension or anger, as well as manifesting certain inappropriate or antisocial behaviors.

In addition, in children’s anxiety, the environment in which the child develops and, therefore, the context in which he expresses his symptoms becomes especially important.

While in adults these factors may go undetected, an environment that negatively influences a child’s anxiety responses can lead to problems in their development.

However, if the child develops in an environment where they are blamed for their symptoms or forced to deal with them, when they do not yet have the personal resources to do so, their development can be greatly compromised.

Thus we see that childhood anxiety can vary greatly depending on whether they are very small or are older, but in both cases the response provided by their parents will be fundamental to their development.

Likewise, in childhood there may be different anxiety disorders, each with certain characteristics.

Diagnostic manuals in psychopathology do not yet present a detailed classification on anxiety disorders that may occur in childhood.

This fact is explained by the fact that the majority of anxiety disorders that occur during childhood do not usually continue during the adult stage, since the emotional alterations that the children present usually are differentiated with less clarity than those presented by adults.

However, just as adults do, children can also experience and suffer from anxiety symptoms and disorders.

In fact, as mentioned at the beginning of the article, the prevalence of these alterations during childhood can reach 21%, which connotes a high manifestation of this type of problem among children.

On the other hand, if a child experiences anxiety frequently, they increase the chances of suffering an anxiety disorder in adulthood.

Next we will discuss the 7 most frequent anxiety disorders that are most relevant in children. n

Some studies connote that this is the most prevalent anxiety disorder during childhood.

Separation anxiety consists of experiencing excessive feelings of anxiety when the child has to separate from their parents or caregiver figures.

Dislike when separated from their parents is often a common phenomenon among children, and is considered a normal response during the first months of life.

However, from the age of 3-4 years, the child already has cognitive ability to understand that separating from their parents does not mean losing them forever, so that excessive anxiety experimentation in separation from these ages configures a psychological alteration.

More specifically, children with separation anxiety disorder often experience the following symptoms when distancing themselves from their parents:

The main feature of this disorder is the tendency to experience feelings of extreme anxiety when relating or meeting unknown people.

Although contact with strangers is usually not a very pleasant situation for most children, in childhood hypersensitivity disorder, the child experiences abnormally high levels of anxiety when this condition is encountered.

Likewise, the anxiety he experiences in these situations leads him systematically to avoid contact with strangers and interferes notably in his social life.

Thus social hypersensitivity disorder would not be defined by shyness or the absence of predisposition to relate to strangers, but to experience a state in which it is totally stunned and governed by its feelings of anxiety when the child is exposed to these situations.

This disorder usually appears at the beginning of schooling and is often combined with a high desire to have personal relationships with family and friends, manifesting many behaviors of affection and attachment to these people.

As the ICD-10 diagnostic manual specifies, phobic anxiety disorder is a childhood-specific psychopathology.

Fears are a manifestation that is considered normal during childhood. For example, many children may experience fears or anxieties during sleep or when going to sleep.

Likewise, during these situations in which children express fears and fears, they may suffer perceptive illusions. For example, recognition errors of a real stimulus, when perceiving the coat hanging behind the door of the room like a monster when there is little light.

However, these fears are considered normal and do not constitute an anxiety disorder.

Thus, we speak of phobias when irrational fears about certain situations and objects are accompanied by an avoidance of the stimulus that causes fear, causes a great deal of anxiety and interferes with the daily functioning of the child.

Such phobias include fears of animals, lightning, darkness, flying, going to the doctor, or enclosed spaces.

In this disorder, the child experiences an irrational fear of school which is caused by a systematic avoidance of these situations and, therefore, a total or partial absenteeism.

Usually the onset of this disorder is usually gradual; the child does not begin to avoid school altogether at once. Likewise, it usually affects children between 11 and 14 years, although it can be seen already in much smaller children.

In general, the lack of school attendance due to fear and displeasure in such situations is usually indicative enough to consider the possibility that the child is suffering from an anxiety disorder and refer it to mental health services.

The social phobia often occurs in adolescents and is characterized by experiencing excessive anxiety concerning the possibility of saying something or acts in a certain way that it can be humiliating or embarrassing.

In this way, the adolescent begins to avoid doing any activity in front of other people because of the excessive anxiety that he presents in those situations and the fear that he has to be embarrassed in front of the others.

Actions such as talking, eating, writing, going to parties or speaking to authority figures are often greatly feared to such an extent that the person is unable to perform them.

The generalized anxiety disorder is characterized by excessive anxiety and nervousness, thinking about extreme concern and uncontrolled that most of the present day, for several weeks.

Concerns usually revolve around a large number of aspects and are usually accompanied by physical symptoms such as tachycardia, sweating, dry mouth, tremors, etc.

Likewise, anxiety presents itself in a generalized and constant way, and is not restricted to a particular situation. Generalized anxiety usually appears more in adults but children can also have it.

These crises are based on episodes of extreme fear that starts abruptly and causes symptoms such as fear of dying or losing control, palpitations, choking, excessive sweating, tremors, dizziness, nausea and other physical signs of anxiety.

This disorder could be very relevant among children. Recent studies show that up to 16% of young people between 12 and 17 years old could suffer from such an episode.

Causes of anxiety in children

Anxiety problems are explained today from the causal model of stress vulnerability.

According to this model, children who suffer this type of psychological alterations would present a series of predisposing or risk factors for an anxiety disorder.

However, the disorder would not manifest itself until the appearance of an environmental factor that would trigger the presentation of anxiety.

Factors that may be involved with anxiety disorders in childhood would be:

The treatment of anxiety usually hosts both psychosocial interventions and psychopharmacological interventions. However, in children, medication is usually only used in very serious cases that need some stabilization before beginning psychotherapy.\

Also Read: How Do You Know If You Have Anxiety? Top 10 Signs