The cognitive behavioral therapy is a treatment that focuses on changing behaviors and thoughts that manage the psychological problem  that wants to intervene.

It can be used in children and adults and in disorders such as depression, anxiety, bipolar disorder, personality disorders, social skills improvement, panic attack, social phobia, post-traumatic stress disorder.

It treats of a therapy that focuses in the present and in current operation of the person, so that it works of direct form on the cognitive and behavioral state  .

In this article you will know the characteristics of these therapies, techniques that are used, what are their benefits, and what kind of problems this type of intervention can treat.

If you have ever gone to the psychologist, or know someone who has gone, you have probably heard about cognitive behavioral therapy (CBT), but you may not yet know exactly what it is.

Well, it is a type of psychological intervention, which has a lot of scientific evidence, and which in recent years has become one of the most used in the field of psychology.

Its objective is to nurture the individual of the necessary skills to overcome his psychological difficulties.

Thus,Cognitive Behavioral Therapy focuses on the subject, its characteristics and abilities, and distances itself from psychodynamic therapies that  focus on unconscious thoughts.

As its name suggests, it emerges as a natural derivative of the findings of cognitive psychology, and behavioral psychology  .

The behavioral psychology was to CBT previous appearance. However, the superficiality of the one that was crossed out to this school, since  they focused only on the behavior, omitting completely the cognition and the thought, showed the need to incorporate other  aspects to apply in the psychotherapy.

It is at that moment when cognitive psychology emerges , focusing on studying thoughts and human cognition. After the emergence of this psychological school  , very early clinical researchers saw the applicability of these principles to psychotherapy.

Thus, through the conjunction of these two psychological schools was born cognitive behavioral therapy, which adopted cognition and human behavior as intervention points  :

How does it work?

We have said that CBT focuses on human cognition and behavior, however, how does this work exactly? Well,  let’s see:

According to Ellis’s rational therapy, functioning can be divided into three parts: A, B, and C.

Has not it been sufficiently clear? Well let’s see an example!

In this case, the dismissal (A), has produced my thoughts of worry (B), which have caused some emotions and behaviors of disgust and  dejection (C). At the same time, the fact of being downcast and disgusted at home (C), increase the thoughts of worry (B). By having a greater  number of thoughts (B), changing situation C becomes more complicated. 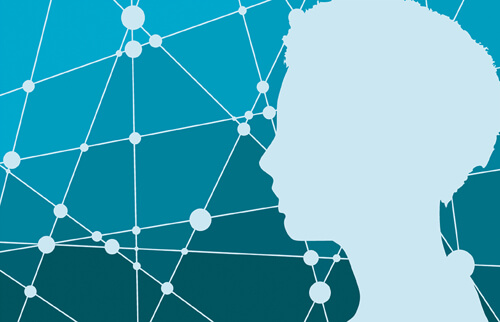 According to the principles of cognitive behavioral therapy, the goal of treatment would be:

On the one hand the thought : if I perform interventions capable of replacing current thoughts with more optimistic ones such as  : ” I can look for another better job or now I will have more time for my family “, the emotions and behaviors will also be modified:  I will be more motivated and optimistic, I will look for work and I will be active.

On the other hand the behavior : if in spite of being worried and downcast, I can change my behavior, be more active, look for work,  perform activities that give me satisfaction, etc. My negative thoughts will diminish, and I will have a greater capacity to change my mood  and continue doing those behaviors that benefit me.

What happens during therapy?

When you start therapy, they will ask you about your background and your current status. The therapist will work together with you to identify your  problem areas, and between the two you will agree which ones to work with.

The therapist will try to identify the way you think, behave and how you generate your emotions and feelings.

Subsequently, you will be administered a series of psychological techniques so that you are able to identify for yourself your way of thinking and behaving, and will provide you with  knowledge and tools to improve those areas in which you have greater difficulties.

Probably the therapist will ask you to do diaries or self-records to examine your operation outside of consultation, as well as homework.

What procedure is followed?

The main objective of this first stage is to know the patient as a whole. Inquire about the personality of the individual, their abilities and  skills, and psychological problems or difficulties that may arise.

But eye! This first phase is not a simple psychological evaluation where the therapist gives you some tests so that you can fill them in … The  objective of this first evaluation is much more than that. The purpose is to start the professional relationship that will accompany you during the rest of the  intervention.

Thus, this phase of the intervention is probably the most important of all, since it is in which the therapeutic alliance is forged between the  professional and the patient, information is collected about the latter and the underlying psychological problem, and they remember the therapeutic objectives.

The second phase of therapy is the longest, and consists of the psychological intervention itself.

It is in this phase, when therapist and patient have already established an adequate therapeutic relationship based on trust and commitment, when they  begin to apply psychological techniques aimed at achieving the objectives and changes previously agreed upon.

This stage begins when the subject has reached a state of significant improvement, and no longer requires therapy to make the changes that  had been made in the consultation to date. The frequency of the sessions is spaced out, and the objective is to maintain the improvements and avoid relapses.

Cognitive behavioral therapy contains a large number of techniques, which are used depending on the problem to be solved.

Let’s see the most used:

They are techniques that aim to modify behavior. They consist of providing stimuli in an orderly manner to the patient, with the  aim that these stimuli facilitate the modification of the problematic behavior.

They consist in approaching (exposing) the subject in a systematic and adapted way to those stimuli that he fears and that generate anxiety, so that in this way, he  can face and overcome his fears.

They are procedures that help the individual to reduce their physical and / or mental tension, reduce stress and anxiety, and find a state of calm.

Social skills are learned behaviors that can be modified and improved through learning techniques such as the following:

These techniques are intended to modify the thinking and interpretations that are made of the events that may cause discomfort and / or harmful behavior  .

The advantages of this therapy

Perhaps there are people who do not give much importance to scientific evidence when they go to a psychologist, since it is thought that the benefits of  psychotherapy are in the therapist than in the therapy itself.

But what would you think if to treat you a cancer they proposed a type of intervention with no scientific evidence?

Well, the same thing happens in psychology. As good as a therapist is, if you do not use methods that have proven their effectiveness, I probably can not  offer you the best intervention for your problem.

Therefore, with the TCC you will have this point in favor, since in all the studies carried out, its therapeutic potential has been demonstrated  for a great diversity of problems.

As we have said, cognitive behavioral therapy has ample scientific evidence, and also has it for serious mental disorders, not only for  simple psychological problems.

Thus, disorders such as major depression, post-traumatic stress disorder , panic attacks , social phobia or substance abuse,  among many others, can be treated effectively with cognitive behavioral therapy.

Unlike psycho@nalysis or other psychological interventions, CBT does not base its sessions on talking about the past,  childhood or possible traumas with parents.

However, this therapy emphasizes the model of the formation of mental patterns during childhood and adolescence. We try to deduce how  your current mental schemes have been created, your beliefs and your thoughts, and which techniques will be more effective at present so that you can modify them.

Thus, although CBT focuses on the present and not the past, it does not ignore the origins of the problems, and tries to  examine them that are useful to draw conclusions about the current treatment.

The data that support CBT

The great scientific evidence that supports the therapy and the multiple studies that have been carried out on its efficacy allow the TCC to demonstrate its usefulness in many mental disorders.

The following graph shows the results obtained by Barlow and Lehmann after several investigations on the efficacy of the therapy in 7 mental disorders.

Thus, CBT is especially effective for different anxiety disorders such as specific phobia, post-traumatic stress  disorder or panic attack, as well as alterations in mood such as dysthymia and depression.

These evidences are what have caused that the CBT has become today in the treatment of first choice for a  great amount of psychologists, and has allowed to increase the effectiveness of the psychotherapy.

And what do you think about cognitive behavioral therapy? Have you tried them? Does it corroborate its effectiveness?