The child abuse is a common sociological phenomenon; A quarter of all adults report having suffered  child abuse physical maltreatment as a child.

Other surprising information / data on this type of violence according to WHO :

The best thing you can do to help prevent child violence is to inform you properly and know how to act and who to turn to if you are aware of a case of abuse.

Read on to know the different types, causes and consequences of this type of abuse and to know what you can do about it.

What is Child Abuse?

The World Health Organization defines child maltreatment as any act of abuse or neglect of which children and adolescents under the age of 18 years are subjected, which damages their health or their development.

Child abuse not only refers to physical abuse or sexual abuse, but also includes psychological neglect and abuse. 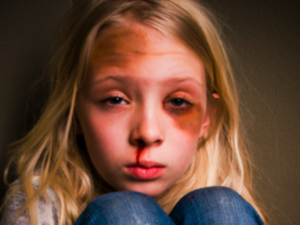 Other actions, such as commercial exploitation, neglect or emotional indifference are also considered child abuse.

According to WHO data, a quarter of adults report having suffered physical abuse in childhood, while one in five women and one in thirteen men report having been sexually abused in their childhood or adolescence.

Child abuse often occurs in the family or in the immediate surroundings of the minor. Parents, stepparents, close relatives, close friends or guardians are often responsible for the child’s mistreatment.

In all cases, there is an asymmetry in the age between the abuser and the victim, and also abuse of power, which implies a dominant social role of the person who causes the abuse.

It occurs when physical force is used to cause harm to the minor.

It includes all intentional actions that cause physical harm to the child: blows, burns, scratches, punctures, violent jolts, etc.

Children struck or physically abused have bruises, bruises and bruises on large areas of their body, and wounds in different stages of healing.

Violent shocks are a form of maltreatment prevalent in very young children: most are less than nine months old.

These jerks can lead to bleeding in the brain, retina and small fractures “splintered” in the joints of the child’s arms and legs, caused by rapid shaking.

Shaking can have long-term consequences, such as delayed psych0m0tor development, cerebral palsy, blindness, or even death.

Neglect happens when the relative does not care for the child as appropriate. It is a lack of responsibility that leads to the omission of the basic care of the child or adolescent, whose fundamental needs are not covered.

For you to have some specific examples, there is negligence when the child is not monitored, not sent to school, given to eat as is due, not properly dressed or not taken to control or medical consultations, etc.

It is a set of behaviors and attitudes that prolong in time and that cause much damage in the mental state and the self-esteem of children or adolescents .

If this type of abuse happens in the first years of the child’s life, it may not develop attachment and in the future that child will feel excluded from the family and social environment.

In this way, psychological abuse negatively influences their self-esteem and social skills.

Sexual abuse occurs when a child or adolescent below the age of 18 maintains sexual contact with an adult or another minor, when he or she is not prepared to do so, and when this situation occurs in a relationship of submission, abuse of power and authority over the victim.

In these cases, it is often the case that children are brought to the doctor’s office for physical or behavioral problems which, when investigated further, are the consequences of sexual abuse.

The Anar Foundation, which helps children and adolescents, has warned of a worrying increase in child maltreatment in Spain.

According to their data, 10% of the calls received by the institution are due to ill-treatment by their parents or guardians, registering a significant increase in this type of calls in recent years.

In addition to the increase, the foundation emphasizes the serious consequences that abuse has on teenagers.

Many of those who called for help said they had thought about taking their own lives to escape the situation of domestic violence they were living.

Self-injuries are also common. Low self-esteem and low ability to resolve conflicts lead to the rejection of their image, among other negative consequences.

Throughout 2013, for example, Anar had to carry out more than 17 thousand case referrals to the legal field and 445 urgent legal interventions were initiated due to the detection of situations of serious risk to the physical integrity of the minors.

While child abuse can happen in any setting, you should know that there are some risk factors that increase the chances of a child or adolescent suffering abuse.

For example, children under four and adolescents are at increased risk. The same happens with children who were not wanted, who do not meet the expectations of parents, who have a physical or mental disability or who cry a lot.

Adult guardians who have difficulty in bonding with their children, who were mistreated themselves in their childhood or who have unrealistic expectations about the development of their children, are at greater risk of being abusers.

In addition, economic difficulties in the home and the consumption of alcohol or drug addiction  can also be risk factors.

Finally, in families living in situations of domestic violence, isolation in their community or lack of support from their own family to care for their children, there is also a greater risk of child abuse.

Causes of maltreatment in children

The causes of child abuse are multifactorial.

As you have read in the previous section, when adults have suffered abuse in their childhood, when there are violent situations in the home, low self-esteem, physical or psychological disorders in parents or children, substance abuse or unwanted children, There is a greater risk that minors will be mistreated.

The lack of compensatory elements to these risk factors, such as personal satisfaction, access to therapies, attachment to children, social support and good economic situation also lead to situations of greater risk.

Surely you already intuit: in addition to the immediate physical consequences that can cause child abuse, these situations of violence also cause emotional, behavioral and social disorders.

The importance and severity of the impact depends on:

The consequences can be:

In these cases, it is common to see that the child has nightmares, sleep disorders, changes in eating habits, and delays in his psych0m0tor development or loss of sphincter control.

They often lack positive beliefs about themselves and the world around them. In general, they have less ability to recognize or react to the discomfort of others.

They often interpret the intentions of their peers or teachers as more hostile than they really are.

This is mainly due to the continuous emotional contradictions to which they are subjected, because a person who is supposed to care for them and whom they love, actually mistreats them.

In general, the prevention of child abuse, from a global point of view, is the task of governments, which must establish programs of assistance, education and support to families.

This can be achieved, for example, through the formation of support groups that inform and educate parents so that they have better skills to raise their children by adopting positive strategies.

Also through policies that help prevent unwanted pregnancies or sensitizing and training professionals who care for minors, such as teachers or pediatricians, for the early detection of such situations.

In some states, pediatricians and other health care professionals are required by law to report cases of child abuse they know or suspect.

But do not worry, even if you are not a pediatrician or social worker, you too can do things to help avoid such aberrant situations.

For example, if you have children, teach them to know your body and to differentiate the normal contact with another person from impudent contact. Simply tell him that no one has to touch his genitals without him not wanting to.

In this way, you will be helping to prevent sexual abuse. Explain to your children that they should say NO when a situation or proposal does not please them and that if someone wants to force them to do something unpleasant, they should immediately tell an adult they trust.

In case of his interest I add the protocol of action against child abuse carried out by the Ministry of Labor and Social Affairs.

What to do if you know a situation of child abuse

If you know of a child abuse case or suspect it, what you should do is contact a child protection service that is available in your city, county or state.

If you believe that physical abuse or neglect is putting the child’s life in immediate danger, do not hesitate to call the police or emergency service.

Unfortunately, child abuse will not go away if you look the other way.

And what is worse, if it is not prevented in time, is a problem that is perpetuated. As you have probably already read above, adults who have suffered abuse in their childhood are at risk of becoming abusers or violent people.

That is why, if you know or suspect a case of child abuse, you must inform the appropriate authorities, not only to protect the child, but also to teach the family how to function properly, without violence.