It is generally known that low serotonin leads to depression, whereas to treat it one must try to have levels of serotonin in the body are high.

Depression is a silent epidemic, one of the most common forms of mental illness within the general population, and in many people it still ends up associating with a weakness of character which, if one wants, can come out perfectly.

This disorder is of great importance to society as a whole, as it affects millions of people around the world. 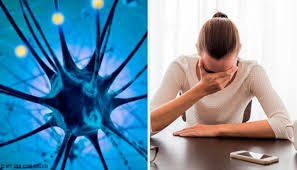 In general, the prevalence of depression is 15% and is associated with morbidity and mortality in both developed and developing countries.

It is the fifth leading cause of global disability and about 4% of the total burden of disease worldwide and affects at least 20% of women and 12% of men at some point throughout their lives.

In this article you can know more in detail what depression is and what role serotonin plays in the etiology of said disorder.

Depression is a pathology that affects mood, thinking and the body (the brain).

It is a psychiatric disorder characterized by an altered mood that permeates all levels of functioning of the person.

The Diagnostic and Statistical Manual of Mental Disorders (DSM-5) defines Major Depression as a disorder that includes a set of behavioral symptoms such as:

There are four classes of neurotransmitters (which are molecules that release active neurons and influence the activity of other cells):

The monoamines are a class of small molecule neurotransmitters, which are synthesized from a single amino acid (an amine).

The monoamines are present in small groups of neurons and their cellular bodies are located, mainly, in the brainstem.

There are four transmitter monoamines: dopamine, noradrenalin, adrenaline and serotonin, which is the subject of this article.

Most of the brain’s serotonin is formed in the rape nuclei that are located in structures that make up part of the brain stem.

Given the wide distribution in the brain and also due to the number of receptors, the serotonin system plays an important role in the regulation of various physiological functions and participates in the cognitive and mood control processes.

The wide distribution of the serotonergic pathways and the multitude of receptors, more than 15 subtypes, indicate their participation in so many different functions.

What is the role of serotonin in depression?

One of the theories on the biological etiology of depression explains the hypothesis that depression is due to a deficiency of monoaminergic neurotransmitters, among which we find serotonin.

We must refer to the monoaminergic hypothesis of depression.

Major depression is a pathology that has been associated with serotonin by confirming that antidepressants that increase the available levels of serotonin end up producing in patients with depression an improvement of their symptoms.

The evidence for this hypothesis is simple. For example, it was observed that reserving, a drug used to treat hypertension, caused depression in some patients.

The reserving, which inhibits monoamine storage, acts as an antagonist of 5-HT and thus raises the idea that drugs that inhibit this neurotransmitter (also dopamine and nor epinephrine) could induce depression in individuals.

In addition, it is also observed that those drugs that potentiate these three neurotransmitters (act as agonists) improve depressive symptoms. These drugs would be both tricycle antidepressants (TCAs) and MAOIs (monoamine oxidize inhibitors).

This demonstrated that these neurotransmitters were key in treating the disorder we are dealing with, depression.

In addition, it is noteworthy that other evidence resulted in the fact that the suicidal tendency, present in some patients with depression and resulting in a diagnostic criterion according to DSM, was related to decreased levels of 5-hydroxindoleacetic acid (5-HIAA) in the cerebrospinal fluid.

5-HIAA is a metabolite of serotonin, indicating that they had little neurotransmission of serotonin.

It should be noted that some research and clinical observations were contrary to these hypotheses. For example, some research related this decrease of 5-HIAA in relation exclusively to violent suicides, so it seemed to have to do with violence and not so much with depressive symptoms.

In addition, some drugs or substances that also increase monoamines have no antidepressant effects. It is the example of cocaine, which produces an increase in monoamines and yet does not improve depressive symptoms.

It was attempted to induce depressions causing a decrease in serotonin levels, but the results were not convincing.

The administration of high doses of tryptophan in order to raise the concentration of serotonin in the brain also had no effect on the relief of depression.

Another aspect against the hypothesis, and perhaps the definitive one, is the “therapeutic latency” that exists when taking antidepressants.

It refers to the delay with which symptoms improve, which takes about 15 days, which indicates that some type of ‘brain plasticity’ may be produced to respond to this improvement.

Therefore, other hypotheses arise, such as the one that refers to the mechanisms that are involved in the synaptic receptors, which indicates that in the depression there would be an alteration of these.

Thus, there could be upward regulation, i.e., higher postsynaptic receptors given that there is less amount of neurotransmitter.

There is some evidence of this. One of these would be that in brains of people who have committed suicide there is an increase of serotonin 5HT2 receptors.

In addition, serotonin would be involved in some depression symptoms and circuits such as depressive mood sleep disturbances, appetite and weight gain, suicidal ideation and psych0m0tor symptoms.

The serotonin transporter is a key element in controlling the activity of said neurotransmitter, since it regulates the effective concentration of 5-HT in the synapse of the nervous system.

The serotonergic system seems to play a relevant role. Changes in the treatment of depression operate at the pre- and postsynaptic level, in the serotonergic neuron itself or in the receptors that decode the serotonin signal.

The final functional expression of these changes is the increase in serotonin activity in different areas of the central nervous system, the limbic system or the frontal cortex.

We also question the role of serotonin in depression, since some studies compare the effect of SSRIs, for example, with other treatments not related to serotonin.

Some investigations with bupropion and reboxetine, for example, demonstrated that these were as effective in treating depression as SSRIs, and yet none of them affected serotonin levels.

In conclusion, the data are contradictory and there is no clear evidence corroborating the serotoninergic theory.

Although studies have been conducted to know the etiology and the most appropriate treatments for depression, some of its path physiological mechanisms are still unknown.

Knowledge about how the brain works in the process of health and illness has been increasing for two centuries.

However, there are some areas within medicine such as cardiovascular diseases whose progress has been much greater when it comes to knowing the path physiology. Depression, for example, has been much smaller.

Depression was already clinically recognized by the ancient Greeks, but it was about the middle of the nineteenth century when it began to study what mechanisms or neurotransmitters were involved in it, something that inevitably led to the development of different treatments.

An important question has been whether depression is a biological disorder or a response to psychosocial stress where the body is unable to cope with it.

Both cases have been recognized as causes within the depression. Certain situations can lead to an individual suffering a depressive episode, multifactorial stimuli that constitute stressors with affective value for the person affected.

The stress is an important factor to generate a depressive episode; however, this is linked to biological changes, both physiological and hormonal those are associated with the axis of the hypothalamus-pituitary-adrenal.

Therefore, among the causes of depression are genetic factors, psychosocial factors and chemical factors, that is, neurotransmitter alterations, which is what we are concerned with here.

For example, among the genetic factors, it is worth noting that the risk of morbidity in first degree patients increases in the studies performed and that some genetic markers have been found on different chromosomes, such as 2, 10, 11, 17 and 18 between others.

In addition, some association studies have highlighted the importance of gene polymorphisms such as that of the serotonin transporter in the genesis of depression.

The main treatment of choice is pharmacotherapy, psychotherapy and electroconvulsive therapy.

The hypothesis of monoamines as a psychobiological explanation of depression has dominated the knowledge about this disease in the last decades.

The first antidepressants (AD) started the era of treatment in depression, however, both MAOIs and TCAs, the former, were not designed to treat it but their effects were evidenced later.

From the dominant hypotheses the ADs were developed that have been differentiated between them by their mechanism of action and the selectivity on presynaptic and postsynaptic receptors.

In 1958 it was found that imimpramine also improved mood and the study of its mechanisms of action made it possible to formulate the theory of the monoaminergic hypothesis of depression and to synthesize the TCAs.

The pharmacological significance of the 5-HT transporter lies in the fact that the first-generation AD, ie tricycle’s, inhibited serotonin reuptake to a greater or lesser degree.

Although as we have seen these theories are not conclusively demonstrated and are probably very reductionist, they did allow the development of research in AD and based on theories developed the new AD, SSRIs.

These drugs possess the ability to inhibit and be selective in neuronal reuptake of serotonin by blocking the transporter. They have fewer side effects and therefore the adherence in patients is greater.

The latter, SSRIs, were developed looking for greater specificity on the serotoninergic system. Some examples are fluoxetine, paroxetine, sertraline or citalopram.