The compulsive gambling or ludopathy gambling is a disorder that affects more and more young people. The wide repercussion and social offer that has along with its great acceptance make the awareness that it is a problem with serious consequences, is practically null.

Different classifications for this disorder ludopathy have been proposed over the years. On the one hand, the medical model posed a dichotomy, or was or was not a player, concluding that the only possible treatment route was abstinence. Another proposal was to consider it as compulsive egosintónica behavior.

On the other hand, DSM (Diagnostic and Statistical Manual of Mental Disorders) appears for the first time in DSM-III, placing it in the category of disorder of impulse control not classified in other sections.

Subsequently with the publication of DSM-IV, it is classified as Impulse Control Disorder. DSM-5 currently classifies it as an addictive behavior in the Substance-Related Non-Substance Substance section.

González in 1989 raised the existence of two types of players: social and pathological. The social are those people who entertain themselves playing occasionally. The result of the bets does not influence their self-esteem, they consider other dimensions of their life as more reinforcing and the gains and losses are modest.

However, the pathological presents an uncontrolled game, invest a lot of time, bet large amounts, present recurring thoughts and an uncontrollable desire to play.

In addition, from the cognitive point of view, they present superstitious thoughts and an irrational optimism consisting in thinking that although they are losing, they will be lucky at some point. 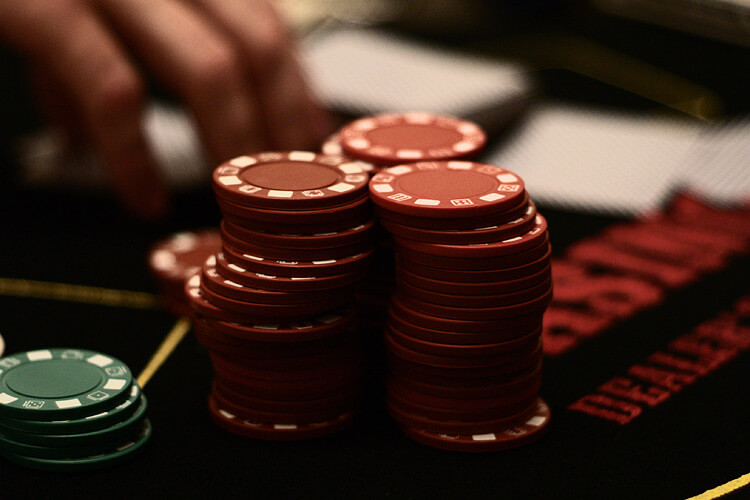 With respect to demographic characteristics, it occurs more in men, with a prevalence of 2: 1 in the general population, 4: 1 in adolescents and 10: 1 in the clinical population.

Also Read: How to Overcome Food Addiction in 10 Steps

It is also more frequent in young people under 30 years, who also often play in company, compared to retirees. The age of onset is usually in adolescence earlier in men, and later in women.

It is usually present at all socio-economic levels, although middle-upper-class people are more likely to go to casinos and lower-middle class people use slot machines. Regarding the level of education, there are contradictory studies, some of which show that there are those with a higher educational level, and others say that it is more common among the unemployed and low income. Without treatment the game is chronified. Numerous studies have proposed marriage as a protective factor as married couples seek more treatment.

There are differences between men and women in terms of pattern of play and search for treatment. With respect to the game pattern, men play the casino (which they usually go with), the lottery, the pools and the arcade machines; Are usually between 28 and 60 years old and are middle class.

However, women play more bingo (which also tend to be in company) and ONCE coupons. Most are single, divorced or widowed with what they are motivated by the solitude and their routine life. They usually go around 40 years.

As for the search for treatment it is curious that only 25% of players want to receive psychological support. Earlier I mentioned the wide acceptance of the social game in terms of the high presence it has in our lives, and the little awareness that it can become a serious problem difficult to manage.

However, this does not prevent that the people declared as players, there is a great social rejection. Hence, stigma and public discrimination are potent obstacles that are at the root of this absence of seeking help. In addition to problems related to the sense of identity, reputation and avoidance of shame.

It is noteworthy that professionals working with pathological gamblers are also influenced by the language of the medical community and the media.

The image given of the players is of people incapable of being controlled, very little responsible, lacking in will, who tend to lie and commit crimes. This labeling generates a great stigma that foments the absence of search of treatment, and the continuation of the accomplishment of an activity wrapped in the secret.

Differences between men and women

Once this is known, who seeks more help, men or women? The truth is that it is men who seek more help, since women are more reluctant to exist social censorship. However, there are some contradictory studies that put women ahead.

Rockloff and Schofield (2004) studied gender differences in willingness to seek help for problems with gambling and identified the following. Men are less likely due to the perceived shame and associated stigma. Women deny having a problem and may be reluctant to stop playing for fear of losing an important social network.

In general, studies suggest that people who seek help have a greater variety and intensity of psychological problems than those who do not seek help.

Some of the barriers mentioned by men and women in regard to seeking treatment were as follows.

In short, it seems that reasons have more emotional characteristics in men, and women are more influenced by the environment surrounding the game.

Nowadays, arcade machines and bingo are the most developed game types. They are easily accessible since in addition to the existing games rooms, we find a multitude of bars with recreational machines, which in the vast majority are maintained thanks to these machines.

What is the reason they are so addictive?

There are four key points:

Over time, many authors have conducted studies in order to find out what are the psychological variables involved in game behavior. Thus predisposing factors, arousal level, personality traits and cognitive styles have been studied.

The predisposing factors are related to the family. Aspects such as the importance given to money and material, wastefulness, excessive permissiveness and early exposure to gambling are factors involved.

As for the personality traits we have seen the following. People looking for stimulation and sensations, with a higher level of arousal; perceive the risks to a lesser extent. This will depend heavily on environmental availability.

Adkins, Kruedelbach, Toohig, and Rugle performed a study using the MMPI (Minnesota Multiphasic Personality Inventory) and concluded that there were differences in personality characteristics between those playing skill games and those playing games Of chance. It was seen that the former needed greater social contact and tended to search for stimulating situations. However the latter were more passive and tended to depression.

Roy et al. For their part, were based on the theory of traits and saw that pathological gamblers had a high level of neuroticism, that is, they were emotionally unstable people. And a high or low extraversion, depending on whether they participated in games of skill or chance, respectively.

If we pay attention to the cognitive aspects, we speak of the locus of control, external in those who play games of chance and internal in those of skill. In addition they emphasize the superstitious thinking, the attributional style internal, stable and global of the negative results, the low self-esteem and the low coping ability.

Finally among the factors maintaining the game we can refer to the following.

In the first place the reinforcing factor of the game where we emphasize the role of the game as positive reinforcer, of intermittent character and by program of variable ratio. That is, the number of responses to get the enhancer varies randomly, and the uncertainty of not knowing when the next enhancer will arrive is what causes the person to produce the response constantly.

And as a negative enhancer since it reduces or eliminates unpleasant feelings and emotions. The player enters a vicious circle when he begins to play and continues to do so because of the positive reinforcements he gets (prizes). And later, this game happens to be maintained by negative reinforcement because calmly playing the anxiety and discomfort you feel for having lost money.

The arousal is another aspect involved. The excitement and the physical and psychological effects involved cause the player to continue playing.

Another interesting mechanism to mention is the behavioral execution proposed by McConaghy, Armstrong, Blaszczynski and Allcock. This consists of the activation of a mechanism for terminating a behavior, in this case the game.

Before stimuli before the game or thoughts of accomplishment of the same, if the person does not complete the behavior activates said mechanism generating a tension and discomfort in the very strong individual, who pays to play.

Finally, the lack of self-control skills that players have in the face of the feeling of impulsiveness they have and the lack of adequate strategies to deal with stress.

As we have seen throughout this article, the impact of pathological gambling goes beyond the identified patient, involving the entire surrounding environment as family, friends and work environment, deeply affected.

That is why we must be aware of the implication that gambling has in our lives, and of what is present, in order to alleviate the high increase that is occurring in recent times. I leave you the link of a Estopa song where this theme is reflected:

We talked about one of the greatest social dramas produced in young people with the consumption of her0in; we are in time to prevent the pathological game to become the new generation lost.