Pregnancy in Adolescence the unwanted pregnancies in their teens occur more frequently after the onset of early sex, lack of sexual education and misuse of contraceptives.

In this article we explain your causes, consequences and some tips that can help you to face this situation so complicated.

According to the World Health Organization (WHO), “adolescence is the period of life in which the individual acquires reproductive capacity, transitions the psychological patterns of childhood to adulthood and consolidates socioeconomic independence.”

In general, it sets limits between 10 and 19 years, teen pregnancy is more dangerous the younger the future mother – sometimes the body of the adolescent has not finished its development.

Although there has been a moderate decline in the number of pregnant adolescents in Spain, the world figures show that there is still a long way to go.

Some of the most striking data are:

– About 16 million girls aged 15 to 19 and approximately 1 million girls under 15 give birth annually, most in low- and middle-income countries.

– Complications during pregnancy and childbirth are the second leading cause of death among 15-19 year old girls worldwide.

– Every year, about 3 million girls aged 15 to 19 undergo dangerous abortions.

– Babies of adolescent mothers face a considerably higher risk of dying than those born to women aged 20 to 24 years.

Although there are many causes for unwanted pregnancies in adolescence, here we expose those that have been more studied.

Knowing them will allow you to act on them and avoid, as far as possible, your children have inappropriate sexual practices.

Causes of pregnancy in adolescence

In the present society a decrease of the average age of beginning of the sexual relations has been observed.

A few years ago, the average age at which you started having sex was 18 in men and 19 in the case of women.

Currently, more and more teenagers have sex before they turn 16.

In this way, when they start having sex early, adolescents are not prepared to assess the consequences of irresponsible sexual behavior.

As a parent, it may be difficult for you to stop seeing your children as children. However, it is important that you accept the new stage you have reached and change your attitude with them.

Ideally, do not hide information from your children about sexuality.

Talk to them openly, so that it does not become a taboo subject within the family. It leaves the perception of sex as something forbidden, to be avoided.

Sooner or later, your children will start having sex, so it’s best to help them be prepared. 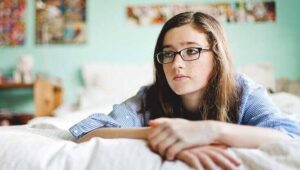 You would be surprised to know the myths that circulate among adolescents in relation to fertility.

Some of them are:

– “when the woman has intercourse for the first time, she cannot get pregnant”.

– “only gets pregnant when she has menstruation”.

– “pregnancy can be avoided by having sex standing up”.

As you can see, this is totally false information, which circulates among the adolescent population.

All the truthful information you receive will benefit you at a point in your life when you are so vulnerable to the advice of your peers.

This is due, in part, to the lack of information we discussed earlier.

Some adolescents do not use contraception thinking that they can compensate for it by using tactics such as “reverse”, which interrupts penetration just before ejacul@tion.

However, sometimes minors do not use contraceptive methods because of the lack of accessibility to them.

To avoid this situation, although it may seem surprising, some parents choose to provide children with condoms at home.

At first, this situation can be very uncomfortable but little by little, it is normalized within the family.

Alcohol or drug use

Adolescence is a time in which new experiences are lived in many ways. It is not uncommon for them to start having contact with drugs and alcohol.

The use of this type of substances entails, among other things, that adolescents have a perception of danger even less.

To avoid this behavior being a risk factor in adolescent pregnancy, you should provide information to the children about the consequences of consumption.

In addition, alcohol / drug use can lead to numerous additional problems, such as accidents, illnesses, addictions, among others.

Therefore, you should pay attention to the signs that your children are consuming this type of substances and remedy before the situation worsens.

Remember that it is a time of vulnerability in many ways and the use of substances can increase the danger to which they are exposed. 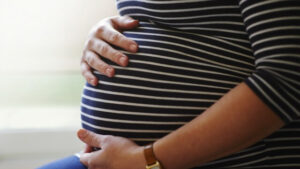 To have been a daughter of a teenage mother

If you were a parent in your teens, you could seek psychological counseling on how to educate your children.

You may need to emphasize some aspects of your education to avoid unwanted pregnancy.

So far, we have discussed the risk factors for teenage pregnancy. Here are some of its most significant consequences:

Consequences of a teenage pregnancy

One of the immediate consequences for a future adolescent mother – who decides to have the baby – is to abandon her studies.

The main objective of the adolescent is to look for a job with which to be able to face the new economic expenses.

Typically, these are low-skilled and low-paid jobs, since the adolescent has not yet acquired a full academic background.

Later, it will be difficult to resume his studies, reason why it is possible to perpetuate a situation of poverty in the familiar nucleus.

Teenage couples are often short-lived and unstable, and the presence of a child magnifies this situation.

Sometimes, the relationship is formalized and endures in a forced way, to face the new reality.

However, in most cases, this sentimental relationship is also ended.

Thus, children who are involved in an unwanted pregnancy have, in many cases, faced this situation on their own – or with the help of their parents.

Therefore, in the complicated situation of becoming pregnant at a time when they are not prepared, it is added that they become single mothers.

Some parents are not responsible

Half of the parents are not responsible for their future child either emotionally or economically, many of them, advised by their own parents.

Others, question their paternity, so they also avoid taking responsibility for what happened.

In our society, unfortunately, an unwanted pregnancy being a problem that should be dealt with, especially the future mother.

Parents, who take responsibility, stop studying and look for a low-skilled job, which is a risk factor for their future economy.

The future parents are involved in a difficult situation to face, which is a social stigma in most cases.

They have to assume the role of parents, at a time when they were defining their own personality.

In addition, the stress to which they are subjected – inappropriate to their chronological age – facilitates the appearance of emotional disorders. Therefore, they will find it difficult to carry out a happy paternity or maternity.

Since the mother has had her first child at a very early age, she is more likely to have more children than the women of her generation – who tend to delay the age of motherhood.

This, coupled with the risk of poorly paid jobs, can seriously damage the family economy.

A single mother may feel the need to have a partner at her side that brings her economic and affective well-being.

This thinking can lead to many problems, such as trying to continue a relationship despite suffering physical or psychological abuse.

The self-esteem of an unmarried teenage mother is usually much deteriorated, since she is usually socially stigmatized and has suffered the abandonment of many people around her.

This is a field that should be worked on in depth, to help the teen to be self-sufficient, and prevent numerous-and inappropriate-relationships from occurring.

In addition, this situation in which passenger relationships occur can also affect the emotional stability of your child, as it fails to create a secure attachment to a father figure.

How to deal with teen pregnancy

Once the unwanted pregnancy has occurred, the decisions to be made should be @nalyzed very well, since they will affect the well-being of the adolescent for life.

If they decide to abort, give it up for adoption or raise the child, their lives will change radically, with no possibility of rectification.

In the first two situations, it has been shown that teenagers often present – sooner or later – feelings of guilt, regret and psychological distress, which will affect her in many areas of her life.

In the event that you decide to have the baby, you will have to deal with numerous tasks for which you are not yet prepared.

To address this situation, where the teen decides to have the baby, we provide some advice that can help.

At an early age, gestation can have various medical complications that endanger the health of the fetus and the expectant mother.

You can encourage your teen to attend her medical appointments on a regular basis, to avoid or detect these problems.

Health care includes this program to provide adolescent mothers with tools to guide them in this difficult task.

The data collected in these programs indicate that future mothers have a lower incidence of maternal and prenatal mortality.

It has also been shown that young women who attend this type of program use contraceptive methods more, once labor has occurred.

Therefore, to the extent possible, you should encourage the expectant mother to benefit from the resources at her disposal.

Adolescent mothers can benefit from numerous public grants that seek to provide young women with the resources they need. Whenever possible, continuing with your studies is a good option.

If it is in your hand, you could offer your help for the teenage mother to continue her academic training and be able to opt for a better paid job in the future.

A person, who is carrying out the care of their child, can present great difficulties in their day to day.

In fact, in many cases negligence or parental abuse occurs, since they blame the child for what happened.

It is important that, from your position and experience, you help young people who are going to assume the role of parents, to avoid such situations.

Your company and support will be of great help in a vital crisis, in which adolescents are alone and criticized for their closest environment.

As you can see, although it is a thorny issue, there are numerous ways to help a teenager who is going through this situation.