The Psychopathy as a mental disorder characterized by deficient control of emotions and impulses, impulsivity, failure to adapt to the moral or social norms and tendency to act and antisocial behavior.

It is also relevant to offer a definition belonging to the criminological field, which is as follows: “psychopath is that individual who suffers a personality disorder associated with a socially deviant lifestyle, tending to ignore social norms to satisfy his own stimulation deficit “.

From this we can conclude that the individual presents a personality disorder, which is not considered mental illness, since he is aware of what he does. In psychology a mental disorder is defined as a disturbance relative to oneself, to others and with respect to the environment that is chronic, evident from childhood and adolescence and persistent during adulthood.

Psychopaths often commit impulsive and irresponsible acts that may or may not be outside the law, because it ignores social norms. By “ignoring” we do not mean that you do not know them, but that you do not care. The reason why the individual does not follow the rules is usually because that satisfies his stimulation deficit.

The personality of psychopaths

These people are emotionally insensitive, manipulative and have a great egocentrism. What differentiate the psychopath from other disorders are his features and the fact that he enjoys doing what he does.

People with antisocial disorders are often not happy with their way of being; However, psychopaths see no reason to change. They are arrogant, superficial, deceptive and manipulative; In the affective world, their relationships are shallow and volatile, and they are unable to develop strong bonds with people.

They also lack empathy, anxiety or feelings of guilt and, from the level of behavior, are irresponsible, impulsive, seekers of feelings and predisposed to delinquency.

The psychopath seeks to dazzle and seduce the person in front of him. He often makes good impressions on others, for which he uses different strategies: to simulate emotions he does not have, to tell stories that leave him in good stead, and to find easy excuses to justify his behavior.

When seduction does not work, sometimes psychopaths prefer to be hostile to intimidate those who cannot become an ally. If the psychopath’s stories are not credible or are viewed as inconsistent, he will try to change the conversation or interrupt it, or he will try to reduce his opponent’s credibility by insults.

Arrogance is a very defining feature of psychopathic personality; Usually have a lot of self-confidence. A person who believes himself superior to others will not hesitate to deceive and manipulate the people around him.

Absence of guilt, lack of empathy and not accepting responsibility for what he does

These traits define the psychopath’s affective relationships. Psychopaths are not unaware that what they do is illegal, harmful or immoral; Simply, that does not interest them. The absence of remorse is related to an inability to feel the fundamental social emotions, those that allow us to relate to others.

This is why psychopaths are usually described as “cold” because they seem to be disconnected from the emotions they should be able to sense. Without real emotions of empathy, love, happiness or sadness it is not possible to relate to anyone in a sincere way, and therefore, it is not possible to have feelings of guilt either.

The way in which the psychopath establishes the relationship with others is always seeking his personal benefit, and he can do it very easily because he does not have the brake of consciousness nor can he feel the pain he causes.

Therefore, it is useless to ask a psychopath to take responsibility for his behavior; Always has an explanation, either based on the fate or behavior of the victim, that caused what happened.

Impulsivity and lack of common sense

Many psychopaths act without thinking of the consequences, under the momentary desire to achieve something and to feel good, without other considerations. They feel a need for permanent change that makes it difficult for them to acquire a solid formation (lose or change jobs, take risky behaviors), and adds to their affective poverty to thwart authentic relationships with people.

The absence of common sense in psychopaths shines in their irresponsible and misplaced behaviors and in the absence of realistic goals. When you look at the life of the psychopath with a certain perspective, you can see that it does not go to any definite site, although it can give fantastic explanations about what it will achieve.

It is as if the notion of the future has no real meaning for him, and therefore he has no interest in reflecting on what may happen. 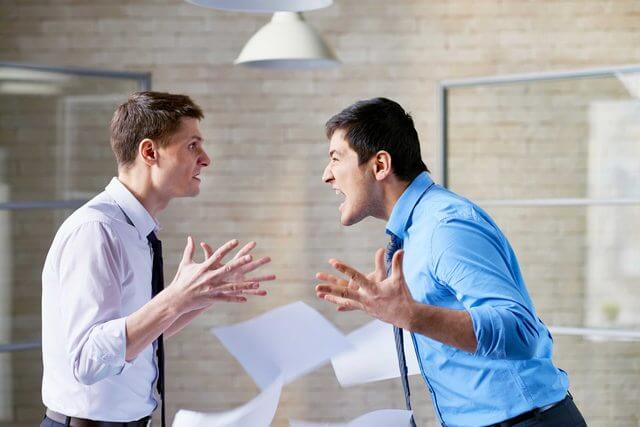 The capacity for violence, to circumvent the laws and to commit crimes is the fourth habitual feature in the psychopath. Another facet of their little common sense lies in the rapidity with which many of them react with intense rage and soon forget it as easily as they lost their composure.

Psychopaths may not be delinquents, but, among criminals, they are the most harmful, recurrent and violent. When the subject has not grown up in a good environment where he has learned to channel his desires in a non-illegal way, he is very likely to become a psychopath.

The Emotions of the Psychopaths

The emotional world of psychopaths is very poor, as they do not usually have deep and persistent emotional reactions. From the absence of emotional experiences other deficits derive from the disorder, because it prevents him from orienting his behavior in an appropriate way.

Here we are going to review the five fundamental emotions of what we can qualify as social emotions, essential to create authentic relationships with others and to have a life with a purpose.

The absence or fear deficit in psychopaths is possibly what explains that they can not change their behavior in situations that people find unpleasant or painful; They are not intimidated by the threat of punishment, because they have less ability to fear or to anticipate it in their mind.

For Cleckley, one of the great scientists who study psychopathy, cholera is absent in psychopaths, while others say that the psychopath suffers an extreme and persistent anger that directs others.

Research indicates that the psychopath experiences the same anger as the non-psychopath, but has a greater ability to hide it in his face, ie a reduced facial expression of anger.

However, if it is true that psychopaths feel the same anger as other people, the effects of it are more devastating in their case, since they are not limited by the awareness of the damage they commit or the effects of their action on the Victims.

Cleckley says that in the psychopath pain, despair and depression are absent because they can not feel sadness for loss of people or projects, nor is there a discrepancy between the real and the ideal.

Something common among people is feeling frustrated or hopeless for not achieving what is desired, but psychopaths, when feeling exceptional and superior to other people, see nothing that can miss.

We define “happiness” as an emotional state that derives from getting and having what we want and feeling good. Cleckley did not believe in this feeling for the psychopath, but other authors do believe it, although they describe it as something transient.

The absence of empathy does not allow the psychopath to feel pleasure by observing the happiness of others; this only provokes envy and greed. His joy would be severely limited, too, by his usual state of looking for signs in the environment that could pose a threat to him or an opportunity to take advantage.

Some authors suggest that the psychopath can only feel joy through the control and domination of others. Since they cannot establish real relationships with other people, they can not love either.

Empathy can be cognitive or emotional. The first means that someone is able to understand, intellectually, what a person thinks or feels. Emotional empathy involves feeling as you do the other, getting in tune with the person with whom you are communicating.

It is this empathy that acts as a brake on violence, and although this is not possible without cognitive empathy, it is possible to have only the first without ever reaching the second. This is what happens to psychopaths; they can attribute mental states (in fact, if they could not, they would not be so easily manipulated and deceived), but they are not able to put themselves in another person’s place.

The most accepted classification of types of psychopaths is divided into two: integrated psychopaths and criminal psychopaths.

They are integrated people who do not get to fully relate to others, who have to learn to manage without understanding feelings.

We can differentiate here from those who present psychopathy when recognizing by society as geniuses or artistic authorities (group A), those murderous psychopaths that have not come to light (group B) and, finally, the heads of state and people who hold A high power as politicians, policemen, senior officials who may end up, at worst, as genocidal or war criminals (group C).

Some integrated psychopaths can move from integrated to recognized as criminal or criminal (especially in the case of those belonging to group B and C, within the integrated).

It should be noted that the number of recognized criminal psychopaths is much smaller than the existing one, since many pass easily unnoticed before our eyes.

The development of a psychopath

Psychopathology has biological roots. It is believed that there are failures in the functioning of the amygdala, the organ responsible for emotions, and the prefrontal lobe , which deals with deliberating and executing action plans.

The anomalous functioning of the prefrontal lobe would explain the inability of psychopaths to make reasonable decisions. The studies of Antonio Damasio with people who have suffered major injuries in this place show that they seem to lose their “good sense”, they become irritable and seem to lose all sense of ethics, but there does not seem to be any deterioration in their intelligence or their capacity to @nalyze theoretically the different situations.

The biological basis of psychopathy is what differentiates it from sociopathy . Sociopaths are people capable of performing psychopathic acts without having a psychopathic personality of birth.

These people have acquired this personality through brutality and ignorance of their parents and the people around them (“partner” comes from “society”). There are aspects of his temperament that make it easier for him to be that way, but in a different environment them probably would not have gotten to that point.