In addition to this denomination, this type of disease can be known as family dysautonomia, hereditary autonomous sensory neuropathy type  III (NSAH III) (National Institutes of Health, 2016).

At the genetic level, the Riley Day syndrome is produced by the presence of a mutation in chromosome 9, specifically in the location (9q31)  (Orphanet, 2007).

At the clinical level, it can lead to a wide variety of signs and symptoms, all of which are the product of sensory dysfunction and significant impairment  of the autonomic nervous system (Orphanet, 2007).

The diagnosis of this pathology is made based on the clinical observation of the medical alterations, in addition, for its confirmation, the use of a genetic study is essential  (Orphanet, 2007).

The Riley Day syndrome has a high morbidity and portality rate. However, despite the fact that there are no curative treatments,  various therapeutic measures are usually used for symptomatic treatment (National Institute for Neurological Disorders and Stroke, 2015), which  improve the medical prognosis, survival and quality of life of people. affected (Axelrod et al., 2012).

The Riley Day syndrome is a type of autonomic sensory neuropathy of genetic-hereditary origin that is part of the peripheral neuropathies, producing in these a dysfunction of the sensory and autonomic nervous structures as a consequence of a genetic alteration (Esmer, Díaz Zambrano,  Santos Díaz, González Huerta, Cuevas Covarrubias and Bravo oro, 2014).

The peripheral neuropathy, also known as peripheral neuritis, is the term used to classify a group of disorders that occur  as a result of the presence of one or more lesions in the nervous system due to disease or development of nerve damage  peripherals (Johns Hopkins Medicine, 2016, Pai, 2009).

This type of alterations frequently produce episodes of localized pain in the extremities, hypotonia, spasms and muscle atrophy, loss of  balance, motor incoordination, loss of sensitivity, paresthesias, alterations in sweating, dizziness, loss of consciousness or gastro-intestinal dysfunction  between others (American Chronic Pain Association, 2016).

There are different types of peripheral neuropathies:

According to the function of the type of nervous fiber that is affected:

In the case of Riley Day syndrome, peripheral neuropathy is of the autonomic sensory type.

Generally, sensory-autonomic neuropathies tend to fundamentally affect the thresholds of sensory perception, the transmission and  processing of stimuli related to pain, the control and regulation of respiration, cardiac function and gastrointestinal function  (Foundation for Pheripheral Neuropathy, 2016).

The Riley-Day syndrome was first described by Riley and colleagues in 1949. In his clinical report he described 5 childhood cases  in which he identified profuse sweating, an excessive reaction to anxiety with the development of hypertension, absence of tears or  pain due to temperature changes (Norcliffe-Kaufmann and Kaufmann, 2012).

In addition, this group of researchers observed this set of clinical symptoms in a specific population, in children with Jewish ancestry, which made them  suspect a genetic origin or etiology (Norcliffe-Kaufmann and Kaufmann, 2012).

Later, in 1952 the initial clinical size was extended with 33 more cases and the name assigned to this pathology was the family dysautonomy (DA)  (Norcliffe-Kaufmann and Kaufmann, 2012).

However, it was not until 1993, when the specific genetic factors involved in the Riley-Day syndrome were discovered (Blumenfeld et al., 1993,  Norcliffe-Kaufmann and Kaufmann, 2012).

Finally, the Riley-Day syndrome is categorized as a neurological affectation in which damages and injuries can be distinguished in the axons or cytoskeleton of autonomic and sensory neurons (Esmer et al., 2014).

The Riley Day syndrome is a rare disease, it has a specific prevalence in people of Jewish descent, especially in Eastern Europe  (Orphanet, 2007).

Thus, different studies have estimated its incidence in approximately one case per 3,600 births (Axelrod and Gold-von Simson, 2007).

Although this pathology is hereditary and therefore is present from birth, no greater frequency has been identified in one of the  sexes (Orphanet, 2007).

In addition, the average age of people suffering from Riley-Day syndrome is 15 years, because the probability of reaching 40 years of age at  birth does not exceed 50% (Familial Dysautonomia Foundation, 2016) .

Normally, the main causes of death are related to pathologies and pulmonary complications or sudden death due to autonomic deficit  (Familial Dysautonomia Foundation, 2016).

The Riley-Day syndrome gives rise to a pattern of complex neurological involvement, accompanied by important alterations related to  autonomic cardiovascular functioning, ventilatory response, pain, perception of temperature or taste, swallowing, gait or the  expression of muscle reflexes (Norcliffe-Kaufmann and Kaufmann, 2012).

Clinical findings may vary significantly among affected individuals, however, the most common usually include (Axelrod and Gold-von  Simson, 2007):

The physical characteristics are usually not obvious at the time of birth, thus, body dysmorphisms tend to develop over time, mainly due  to the suffering of bone formation and poor muscle tone.

In the case of the facial configuration, a peculiar structure appears to develop with a significant flattening of the upper lip, especially  evident when smiling, prominent jaw and / or erosion of the nasal passages.

In addition, short stature or the development of a severe scoliosis (curvature or deviation of the spine), are some of the most frequent medical findings  . 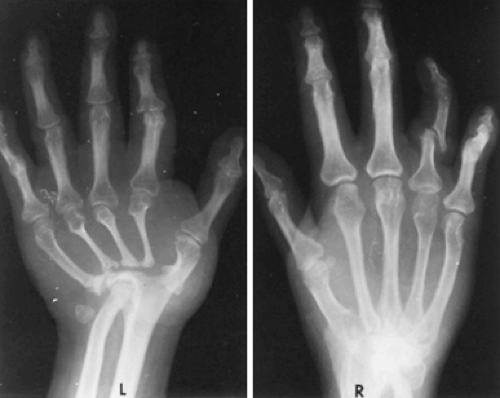 The alterations of the autonomic area are significant and constitute some of the most disabling symptoms for people suffering from Riley-Day syndrome  .

– Alacrimia : partial or total lacrimation. This medical condition is one of the cardinal symptoms of Riley-Day syndrome  , since tears are often absent from emotional crying from the moment of birth.

– Feeding deficit : in almost all affected there is a significant difficulty to feed normally with  efficiency.

This is mainly derived from factors such as poor oral coordination, gastroesophageal reflux (the stomach content returns to the esophagus due to a poor closure of the esophagus), abnormal intestinal motility, recurrent vomiting and nausea, among others.

– Respiratory alteration : hypoxia or oxygen deficiency in the body is one of the most frequent symptoms of Riley-Day syndrome  . In addition, hypoxemia or deficit of oxygen pressure in the blood is also frequent.

On the other hand, many individuals can develop  chronic lung diseases, such as pneumonia, by aspiration of substances and / or food.

– Cardiac changes : in addition to those mentioned above, orthostatic hypotension ( sudden decrease  in blood pressure due to a postural change) and bradytrhythmia (abnormally slow heart rate) are very common. In addition, it is also common to see  an increase in blood pressure (hypertension) in emotional or stressful situations.

– Syncopes : in many cases, a temporary loss of consciousness can occur due to a sudden reduction of blood flow  .

Alterations in the sensory area are usually less severe than those related to the musculo-skeletal configuration or autonomic function. Some  of the most common in Riley-Day syndrome include:

– Episodes of pain : the high perception of pain is frequent in individuals suffering from Riley-Day syndrome, especially  associated with the skin and bone structure.

– Alteration of sensory perception : abnormal perception of temperature, vibration, pain or taste can usually be appreciated  , although it is never totally absent.

In all cases or in a large part of these, it is possible to identify a generalized delay in development, characterized mainly by a  late acquisition of gait or expressive language.

In addition, neuroimaging tests indicate the development of neurological involvement and significant cerebellar atrophy that, among other symptoms,  may contribute to worsening balance control, motor coordination or menstruation.

Family dysautonomia or Riley Day syndrome has a genetic etiological nature. Specifically, it is associated with a mutation of the HSAN3 gene  (IKBKAP) located on chromosome 9, at the 9q31 location (Orphanet, 2007).

The IKBKAP gene is responsible for proportionally lacking biochemical instructions for the production of a protein called IKK complex. Thus, in the case  of Riley-Day syndrome, the absence or poor production of this leads to the signs and symptoms characteristic of this pathology (Genetics Home  Reference, 2016).

The diagnosis of this pathology, like other hereditary neurological disorders, is made based on the clinical recognition of the cardinal signs and symptoms of the pathology that we have described previously (Axelrod and Gold-von Simson, 2007).

It is essential to perform a differential diagnosis to rule out the presence of other types of diseases different from the Riley Day syndrome and to specify  the symptomatology that the affected person suffers (Orphanet, 2007).

In addition, it is advisable to carry out a genetic study to confirm the presence of a genetic mutation compatible with this disease (Axelrod and Gold-von  Simson, 2007).

At present, it has not yet been possible to identify a curative treatment for this pathology of genetic origin. Some drugs such as diazepam, metoclipramide or chloral hydrate are usually used  to alleviate some of the symptoms (National Organization for Rare Disorders, 2007).

In addition, the use of physical and occupational therapy for the management of musculoskeletal complications is also recommended.

On the other hand,  compensatory feeding or breathing measures are essential to compensate for deficits and improve the quality of life of affected people  (National Organization for Rare Disorders, 2007).

Also Read: Diseases of the Spine

In addition, in cases of dysmorphic and severe musculoskeletal alterations, surgical approaches can be used to correct some alterations,  especially those that slow down normalized body development and the acquisition of motor skills and abilities.