The syndrome Wernicke-Korsakoff (SWK) is a neurological disease. In particular, it is divided into two clinical entities: Bernice’s encephalopathy and Korsakoff’s syndrome, considered as the acute and chronic phase respectively of the same disease (Family Caregiver Alliance, 2015).

Korsakoff syndrome or Korsakoff’s amnesic syndrome is a memory disorder that occurs as a result of a vitamin B1 deficiency and is associated with alcoholism (National Institute of Neurological Disorders and Stroke, 2016).

In particular, excessive consumption of alcohol, different disorders or alterations in diet, excessive vomiting or the effects of chemotherapy can cause serious deficits in vitamin B1 resulting in a degenerative brain disorder, Bernice’s encephalopathy ( National Institute of Neurological Disorders and Stroke, 2016).

When the body does not accumulate enough vitamin B1, this deficit causes serious damage to brain structures, especially those related to memory (National Institute of

The clinical course of this pathology includes a wide variety of symptoms: mental confusion, vision problems, tremors, muscle coordination, memory deficits, and learning disabilities, among others (National Institute of Neurological Disorders and Stroke, 2016).

The therapeutic intervention in this type of pathology is approached through pharmacological treatments, optimization of the diet and adequate hydration. In addition, it is critical to suppress alcohol consumption National Institute of Neurological Disorders and Stroke, 2016).

What role does vitamin B1 play in Wernicke-Korsakoff syndrome?

Specifically, thiamine levels will change depending on caloric intake and the proportion of calories that carbohydrates contribute to our body (Sauberlich 1979; Garcia et al., 2010).

Thiamine deficiency, therefore, will cause a decrease in the energy supply, especially in some specific structures: mammilla bodies, medial thalamus and periacueductual gray matter.

Wernicke-korsakoff syndrome (WKS) is a type of neurological disorder that results from a lack of vitamin B1 (Krause & Roth, 2015).

Although the syndrome is usually divided into two independent conditions, individuals usually suffer first symptoms of Bernice’s encephalopathy and later those related to Korsakoff’s amnesia may also occur at the same time (Krause & Roth, 2015).

Brain areas damaged as a result of thiamine deficiency will cause various memory, movement, vision or coordination deficits (Alzheimer Society, 2015).

Wernicke-korsakoff syndrome is a potentially reversible pathology that is related to excessive alcohol consumption. Alcoholic individuals, with a strong dependence on this substance, are more likely to have severe vitamin B1 deficits (Alzheimer Society, 2015).

In the United States, Wernicke-Korsakoff syndrome has been estimated to occur in approximately 1-2% of the general population (Rare Disease, 2005).

With regard to distribution by sex, this pathology may affect slightly more men than women. As for age, its prevalence is higher in the range between 30 and 70 years (Rare Disease, 2005).

Symptoms and syndromes related to Wernicke-Korsakoff syndrome will depend on the entity or clinical stage of the individual.

Classically Bernice’s encephalopathy has been defined by a symptomatic triad with alterations in oculomotility, gait, and mental status. However, the simultaneous presence of symptoms in these three areas has only been documented in one third of cases (Victor, 1989, Et al.

Some of the most frequent symptoms are:

When treatment is not performed on the development of Bernice’s encephalopathy, the individual is likely to develop Korsakoff’s syndrome.

From the earliest stages of medicine, a multitude of clinical pictures have been associated with the deficiency or lack of different substances or nutrients. Within these nutrients, vitamins play an essential role in very specific micro processes (Tanphaichitr, 2000; Garcia et al., 2010).

The lack of any of the vitamins that are fundamental for our organism can produce very characteristic clinical pictures with physical manifestations and neuropsychiatry (Tanphaichitr, 2000; Garcia el al., 2010).

Wernicke-Korsakoff syndrome is one of the most well-known manifestations due to lack of thiamine or vitamin B1 (Garcia et al., 2010).

In most clinical cases and in the traditional literature, its occurrence has always been associated with excessive and chronic alcohol consumption. Despite this, other situations that can produce it have also been identified (Garcia et al., 2010); deficiencies in diet and other medical conditions can modify and alter the absorption of vitamin B1 (Krause & Roth, 2015).

Alcohol consumption impairs the absorption of thiamine by the body (Rare Disease, 2005) because of: low vitamin and mineral content of alcoholic substances, malnutrition, reduced transport of thiamine through the intestinal mucosa, reduced capacity hepatic to store vitamins, abnormal conversion of thiamine into pyrophosphate, and increased demand for thiamine for alcohol metabolism (Sochi, 2007; Garcia et al., 2010).

Vitamin B1 reserves during the body about 18 days, so poor diet or prolonged vomiting will also produce a deficit of vitamin B1 levels (Rare Disease, 2005).

Some diseases such as cancer, AIDS, stomach disorders or kidney disorders can also produce the symptoms of Wernicke-Korsakoff syndrome (Rare Disease, 2005).

As we have pointed out earlier, the most common etiological causes of Wernicke-Korsakoff syndrome are alcoholism and poor nutrition; however, there are a number of conditions that may predispose our body to have vitamin B1 storage deficits.

The diagnosis of Wernicke-korsakoff syndrome is based on (Rare Disease, 2005):

In the acute phase of encephalopathy of Warnock, medical specialists focus on discarding other conditions and identifying the presence of some of the classical symptoms of the pathology: altered mental status, instability or alterations of gait and anomalies in ocular coordination (Alzheimer Society, 2015).

Bernice’s encephalopathy is usually considered to be an under-diagnosed disease, since on the one hand it is rare for affected individuals to present alterations in the three classical areas simultaneously and, on the other hand, there is reluctance to admit the presence of problems related to the consumption of alcohol (Alzheimer Society, 2015).

In addition, using some neuroimaging tests, such as MRI, may be beneficial for the detection of brain abnormalities.

On the other hand, in the chronic phase, Korsakoff syndrome is diagnosed when the immediate effects of excessive alcohol consumption and withdrawal begin to appear (Alzheimer Society, 2015).

In this phase, the same diagnostic procedures are used as in the evaluation and diagnosis of encephalopathy (Alzheimer Society, 2015).

One of the essential objectives will be to identify if memory problems are related to brain alterations due to a vitamin B1 deficiency or if, on the contrary, they are associated with another degenerative problem.

Wernicke-Korsakoff syndrome is a disease that can be prevented and treated through different therapeutic interventions (Family Caregiver Alliance, 2015).

If treatment is started immediately, it may delay or halt the progression of the disease, and may reverse nerve abnormalities that are not permanent (Krause & Roth, 2015).

The approaches used in this pathology may include the withdrawal of alcohol consumption, nutritional assemblages or the use of thiamine replacement therapies (Family Caregiver Alliance, 2015).

In some cases, especially in alcoholic individuals, vitamin B1 supplementation can cause the development of negative reactions. Some of these effects may include symptoms of alcohol withdrawal, insomnia, sweating, hallucinations, confusion, agitation, or mood fluctuation (Krause & Roth, 2015). 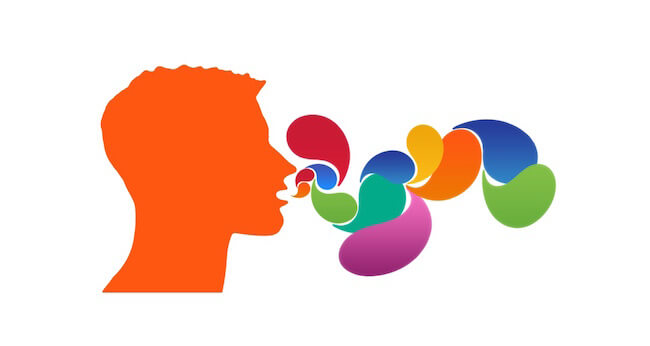