The brief solution – focused therapy  is a type of therapy that does not require a large number of sessions. Normally, it does not exceed 10 sessions-unlike the long therapies that used to take place in the past

It is a brief therapy modality developed at the Brief Family Therapy Center in Milwaukee by Steve de Shazer, Insoo Kim Berg and his team. Its  theoretical premises and technical approaches are strongly influenced by the therapeutic work of authors such as Milton H. Erickson, as well as by the clinical approach  developed at the Mental Research Institute of Palo Alto (Fisch, Weakland and Segal, 1982).

What is Brief Therapy

Therefore, the brief therapy focused on solutions is born from the work of numerous therapists, among which we must also mention Harry Stack Sullivan and  his hypnosis techniques and his vision of a future without problems.

Although this new therapy is not helped by hypnosis techniques, nor is it suggestive -the therapist does not use methods to work on the unconscious part of  the person-, the technique of visualizing a future in which the person did not have the problem of query.

Another great influence that short therapy focused on solutions receives is found in family or systemic therapy, even in those cases in  which a single person goes to therapy, instead of a family or a couple.

This systemic therapy provides the individual’s vision as belonging to broad groups, be it the family, the couple or the society in which they live.

The TBCS conceives the individual in the same way, emphasizing the ways in which it relates to others and the environment in which it lives.

Other theories that have largely influenced the birth of brief therapy focused on solutions are those that have a constructivist vision.

Constructivism starts from the basis that the problems of the individual are not generated by specific situations and circumstances, but by the person’s vision  of them.

In the same way, the TBCS conceives the psychic suffering as the cause of the deformation of reality.

Therefore, it is enough to change this distorted perception of reality so that people can increase their psychological well-being.

For example, when a person considers that he does not have the necessary skills to overcome a problem -such as riding in an elevator-, it would be necessary to  make him see that he is capable of achieving it, so he goes from being considered a failure to self-perception as a successful person -.

This new therapy, as we can see, conceives the distortion of perception as the cause of most mental disorders.

The limit of the human being, therefore, are his own perceptions, which cause him to feel inferior, isolated, incapable, inexperienced, etc.

Although sometimes a completely subjective reality occurs, as in the case of psychoses, the most frequent thing is that it is only a  distortion of perception, as happens in neuroses.

The brief therapy focused on solutions performs a project in which they @nalyze and pursue the available solutions according to the specific problem. 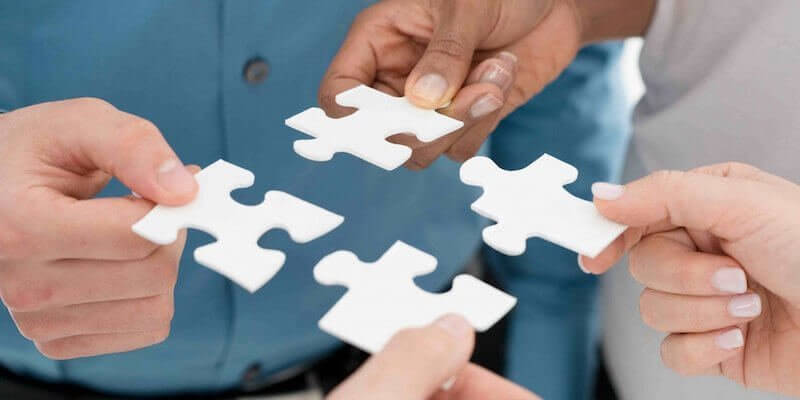 This new way of doing therapy is characterized, especially, by the following aspects:

In order to carry out this therapy, the therapist assists a team or consultants with whom it @nalyzes the concrete difficulties of the patient.

In brief therapy focused on solutions, it is very common to ask the patient what his life would be like if he did not have the problems that brought him to  therapy.

Focus your attention on the patient can visualize this new life, without your problem or current problems, through the detailed description and in  detail.

In this way, the person manages to imagine what his life would be like and the differences that would be with respect to his current situation.

In order to get the patient to answer this very unusual question, the therapist raises it in the following way:

“Suppose that tonight, while you are sleeping, a kind of miracle happens and the problems that have brought you here are resolved completely, not as in real life, little by little and with the effort of all, but suddenly , miraculously. As they are sleeping they do not realize that this miracle occurs. What things will you notice different tomorrow that make them realize that this kind of Miracle has taken place? ”

Here we found a fundamental difference with respect to traditional therapies, in which they focused on detailing the problem widely,  highlighting the negative effects that they entailed, in such a way that they increased the perception of severity and enhanced the patient’s dependence on the  therapist.

The short therapy focused on solutions operationally defines the therapeutic objectives, which will mark the path that therapy should take and  constitute an indicator of therapeutic success.

In other words, the therapeutic objectives are those that guide and help to evaluate the effectiveness that the therapy is having, ending it  when these objectives have been reached.

This method of proceeding has 3 fundamental advantages with respect to the previous therapies:

The procedures that are carried out in brief therapy focused on solutions can be summarized in 5 fundamental points.

1. Planning of the session to be carried out and issuing a subsequent hypothesis, based on the information collected.

2. Introduction of the session . Usually begins by establishing a comfortable relationship in which the patient is asked about their favorite activities,  strengths and other positive aspects that are in your life now.

3. Extraction of information through circular questions. The team notes, in positive terms, everything that happens in the session, the behaviors  carried out by the patient, etc.

4. There is a pause in which the extracted information is @nalyzed and the problem is redefined.

5. After the break that has been carried out, commence praising the person , family or partner and propose changes to be made in the near future.

In a later session, we will be able to verify if they have carried out the proposed changes, which will indicate if the patient / s are getting involved  in the therapy as they should.

This way of working resembles the framing of the Milan School, although the therapeutic style is warmer and closer in brief therapy focused on  solutions.

Although it can give the impression that the TBCS is a simple and easy to apply procedure, the truth is that after it can be found a broad  theoretical foundation, which are essential for the therapy to have good results.

Being an agile, dynamic therapy that pursues the attainment of its therapeutic objectives in a few sessions, they get the patients themselves to be the  active agents of change, attributing themselves the improvement of their problems and avoiding dependence on the therapist -dependence  which has been promoted for a long time with traditional therapies, such as psycho@nalysis.

This premise refers to the ability of customers to build reality, to tell them themselves and, most importantly, to be able to  modify these constructions for more useful ones, negotiating them within the social interaction.

Following Wittgenstein, these constructions can be understood as “language games”, so that therapy would be considered a process in which
clients modify their maladaptive language for another more focused on solutions.

2. It is intended to “read the lines”, not “between the lines”

In this therapy is not to discover a truth or absolute reality, so do not use techniques such as “read between the lines.”

As De Shazer says, in this type of therapy one chooses to “read the lines”, to stay deliberately on the surface of things.

We reject, therefore, the idea that there are different levels of depth (unconscious, repressed childhood traumas, etc.).

The  task of short therapy focused on solutions is not to look for hidden keys below what the clients say, but simply to help them talk or  narrate the problem in such a way that they can find ways of solving, more positive and productive alternatives than the complaint. .

From brief therapy focused on solutions, a single model of “healthy” person or “functional” family / couple is not conceived. It is understood, on the contrary,  that there are multiple ways of acting and behaving, not being any of them, a priori, superior to the others.

Therefore, it is not intended that clients follow a line of action established in advance (such as making the family increase their level of  communication, or that the person manages to mature).

Examples of objectives that are intended to achieve with this therapy could be:

4. Problem and solution are conceived as discontinuous categories

This premise refers to the belief that two people, faced with a similar complaint, can generate very different solutions to each other.

For example, in the case of two people who have received the same diagnosis by a psychiatrist, such as depression, in this therapy, one of them can  solve their problems by relying on their loved ones while the other decides to become more involved in the work.

The opposite case can also occur, in which two similar solutions can be carried out in two people with a very different diagnosis.

As can be seen, in the TBCS it is not necessary to know the problem thoroughly to be able to solve it, nor its frequency, nor the form in which it was  generated.

It is enough to look for solutions, detect the resources of the clients (personal, social and professional), find ways to achieve it and maintain the  achievements.

5. Clients have the necessary resources

According to this last premise, clients can achieve their goals on their own – although at present they need external help to  guide them or remind them of their capabilities.

The way to find those resources that have been forgotten is through the conversation that, as we have already commented, does not focus on delving  into the substance of the problems, but to detect them and act on them.

Criticism received by the TBCS

The short therapy focused on solutions, despite the fact that it currently enjoys a great boom and scientific interest and support, does not stop receiving negative criticism  .

Watzlawick (1992), for example, affirmed that it is a reductionist therapy of complex reality, since it does not focus on knowing the  person and the environment in which it operates. Therefore, it would be techniques that are carried out without the certainty that they are the most appropriate for the  person in question.

Hoffman (1990), on the other hand, affirmed that it is “colored lenses” through which we see what surrounds us. According to this author, as much as  brief therapy focused on solutions covers the garb of objectivity, this theoretical model dictates what we can and can not see, what’s more, they  determine where to look and where not, what to talk about and what to do. what not, etc.

Other authors, meanwhile, have labeled this form of therapy as “radical” or “cutting”, since it is not usually complemented with other methods of  work.

Also Read: What is Antipsychiatry?

We hope that this article has been interesting and has helped you to have a deeper and more objective view of the characteristics of brief therapy  focused on solutions. 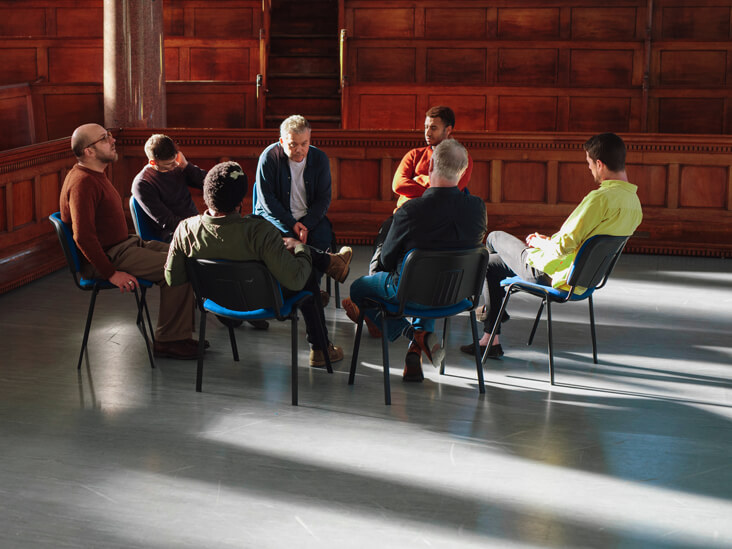