The process of social influence has been the focus of attention for the students of Social Psychology since the 20th century.

What is social influence

The atrocities committed during the First and Second World War raised concerns about the degree of influence that could be exerted on people, especially when obeying orders and following the schemes of the group.

There are several phenomena studied that are related to social influence and are known to cause these changes to occur in individuals.

Conformity and influence of the majority

It is understood by the influence of the majority to what happens when a few people of the same opinion, affects so much in the beliefs and thoughts of another, that this comes to change what it really thinks.

To explain this phenomenon, the results found by Sherif (1935) and Asch (1951) have been used in their respective experiments on the conformity process with the majority.

Sherif (1935) was one of the first to study the effect of social influence. To do this, he placed a few subjects inside a dark cabin, where he presented a luminous point at a distance of about five meters to experience the so-called “auto kinetic effect.” 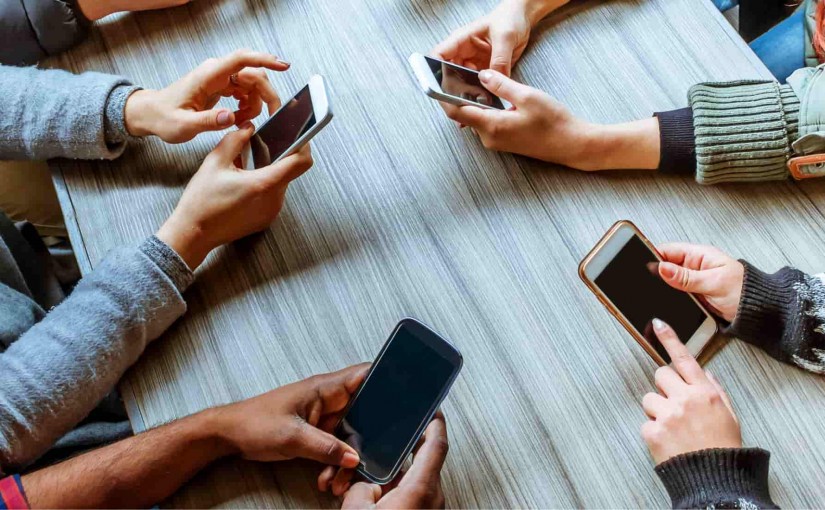 The autokinetic effect is an optical illusion that occurs when one perceives the movement of a luminous point projected in the darkness, when in fact there is no movement.

The task that the subjects had to perform was to determine how far, according to them, the projecting dot of light was moving.

Sherif divided the experiment into two phases. In the first, the subjects had to perform the task individually for later, in the second, to meet in groups of two or three people and to reach a consensus on the distance that had crossed the point of light.

The subjects first issued their judgments on the movement of light alone. Subsequently, in a group, a consensus was established to determine the distance that oscillated, taking into account the mean of the estimates previously given individually.

After this, the subjects were asked if they thought that their opinion had been influenced by the rest of the group and answered no.

However, when they returned to the task alone, the judgment given on the distance of the movement of light, was closer to the opinion given by the group than to what he said individually in the first task.

On the other hand, in this same paradigm of study of conformity, we find the study of Asch.

For his research, Asch invited seven students to participate in a visual discrimination experiment, in which they were presented with three lines to compare with another that made of the pattern.

In each round, the participant exposed to experiment offered a clear answer and with enough confidence in private. Subsequently, he was placed in a circle with other participants previously manipulated by the experimenter to give false answers about the lines.

In the results of the experiment, it was observed that the public responses given by the subjects were much more influenced by the judgments of the other “false” participants than the private responses.

The processes of normative influence and information influence of the majority occur when people have to make a judgment about some aspect in the presence of others.

When individuals find themselves in these situations they have two main concerns: they want to be right and want to give a good impression to others.

To determine what is right, use two sources of information: what your senses indicate and what others tell you.

Thus, the experimental situation developed by Asch confronts these two sources of information and poses to the individual the conflict of having to choose one of the two.

If in these circumstances the individual conforms, that is, is allowed to take before what the majority says more than by what they say their senses, it produces what is known as information influence.

On the other hand, this conformity to the beliefs of the majority may also be due to the tendency we have to give in to the pressure of the group to show us more attractive towards them and to value us in a more positive way.

In that case, the conformity caused by this desire to be loved or by the aversion to being rejected by the majority of the group is due to normative influence.

Normative influence: it changes the manifest behavior of the individual, keeping private his previous beliefs and thoughts. It results in a process of public conformity or submission.

Example: A person pretends that he likes to drink alcohol and does it to please his new friends, although he really hates it.

Influence of information: behavior and opinion are modified, giving private conformity or conversion.

Example: a person has never tasted alcohol and does not attract attention, but starts dating with friends who love to “make a bottle”. In the end, this person ends up drinking alcohol every weekend and loves it.

Innovation or influence of the minority

Although minorities seem to have little effect on the influence of behavior change and/or attitude of individuals, they have been shown to have some power to do so.

While the method of influence of the majority was conformity, Moscovici (1976) suggests that the main factor for the influence of minorities lies in their consistency.

That is when minorities pose a clear and firm position on some issue and face the pressures exerted by the majority without changing their position.

However, consistency alone is not sufficient for the influence of the minority to be relevant. Their effect also depends on how they are perceived by the majority and how they interpret their behavior.

The perception that what is defended by the minority, even if it is adequate and meaningful, takes longer to arrive than in the case of the majority compliance process.

In addition, this influence has more effect when some member of the majority begins to respond as the minority.

This small change generates an effect known as “snowball”, with which the minority is exerting more and more influence as the confidence in the group decreases.

Moscovici also raises the differences between the effects of the majority and the minority in the scope of the modification of private opinion.

It suggests that, in the case of the majority, a process of social comparison is activated in which the subject compares his response with that of the others and pays more attention to adjust to the opinions and judgments of these more than to the question itself.

Following this statement, this effect would only occur in the presence of the individuals who form the majority, returning to their initial belief once it is alone and this influence is eliminated.

However, in the case of minority influence what is given is a validation process. That is to say, one gets to understand the behavior, belief, and attitude of the minority group and ends up sharing.

As a summary, the effect of social influence of majorities occurs through submission, while the minority will cause the conversion of individuals.

The different studies showed that the processes of influence when making decisions in a group are similar to those already discussed in the research on the influence of the majority and the minority.

In the influence given in small groups, there are two very interesting phenomena: group polarization and group thinking.

This phenomenon consists in an accentuation of the initially dominant position in a part of the group after a discussion. So the group judgment tends to move even closer to the pole to which the group’s average leaned since the beginning of the discussion.

Normative perspective: People need to evaluate our own opinions based on those of others and we want to give them a positive image. Thus, during a group discussion, the individual leans more in the direction of the most valued option, adopting a more extreme position in that direction in order to be better accepted by his group.

Influence of information: group discussion generates several arguments. To the extent that these arguments coincide with what the subjects already had in mind, they will reinforce the position of the latter. In addition, during the discussion it is likely that more opinions will arise that did not occur to the individual, provoking an even more extreme position.

On the other hand, another phenomenon in group decision making is group thinking, which can be considered as an extreme form of group polarization.

This phenomenon occurs when a group that is very cohesive focuses both on the search for consensus when making decisions, which deteriorates their perception of reality.

Something that characterizes group thinking is the exaggerated moral rectitude of group approaches and a h0m0geneous and stereotyped view of those who do not belong to it.

In addition, according to Janis (1972), the group thinking process is reinforced when the following conditions are met in the group:

Likewise, at the time of decision-making, it tends to accept actions that are congruent with the assumed opinion, while discordant information is ignored or disqualified.

This censorship of opinions occurs both on an individual level (self-censorship) and among members of the group (pressures on conformity), resulting in that the decision taken at the group level, does not bear any relation to what would be taken individually.

In this phenomenon of group decision-making, there is also a series of illusions shared by the other members related to their perception of their own abilities to deal with problems:

Obedience and authority: the Milgram experiment

In the case of obedience to authority, the influence is totally different since the source of that influence has a status above the rest.

To study this phenomenon, Milgram (1974) conducted an experiment for which he recruited a number of volunteers to participate in an alleged investigation of learning and memory.

The experimenter explained to the subjects that he wanted to see the effects of punishment on learning so that one of them would act as a teacher and another as a student, ignoring that the latter was an accomplice in the investigation.

Later, both “teacher” and “pupil”, they passed to a room where the “student” was tied to a chair and electrodes were placed on the wrists.

On the other hand, the “teacher” was taken to another room and explained that he should apply punishment as a punishment whenever he gave incorrect answers.

Once the task began, the accomplice made a series of errors to force the subject to issue the discharges, which increased in intensity with each error.

Each time the subject hesitated or refused to continue to apply the punishment, the investigator invited him to continue with phrases like “please continue”, “the experiment requires you to continue”, “it is absolutely necessary that you continue” And “there is no alternative, it must continue.”

The experiment was concluded when the subject, despite the investigator’s pressures, refused to continue or when he had already applied three discharges with maximum intensity.

Conclusions of the experiment

When @nalyzing the results of his research, Milgram observed that 62.5% of the subjects managed to administer discharges of the highest level.

The scientist’s authority was sufficient for the subjects to suppress their conscience and the complains of the accomplice and continue with the task, although he never threatened them with any sanction.

To make sure that the subjects he worked with had no sadistic tendencies, Milgram held a session in which he was given the choice of the maximum intensity of discharge they wanted to apply, and these were almost three times less than they were forced to use.

Thus, this experiment could be extracted different factors that influence the obedience to the authority on the part of the individuals: