The Wolman disease is named after Moshe Wolman , who described in 1956, along with two other doctors,  the first case of deficiency of lysosomal acid lipase (LAL). They observed that it was characterized by a chronic diarrhea that was related to the calcification of the adrenal glands (Krivit et al., 2000).

However, little by little, more aspects of this disease have been discovered: how it manifests itself, what mechanism underlies it, what its causes are, what symptoms it presents, etc. As well as its possible prevention and treatment. 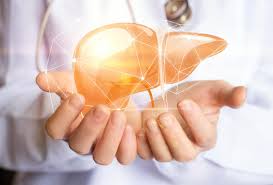 This disease, which has been classified as a type of lysosomal acid lipase deficiency, is a rare genetic condition related to an incorrect decomposition and use of fats and cholesterol, that is, an altered lipid metabolism.

Generally, subjects suffering from this disease have very high levels of lipids that accumulate in the liver, spleen, bone marrow, intestine, lymph nodes and adrenal glands. It is very common that calcium deposits occur in the latter.

Due to these digestive complications, it is expected that affected children stop gaining weight and their growth seems delayed with respect to their age. As the disease progresses, liver failure can occur that endangers the person’s life.

Wolman’s disease would be a type of deficiency of lysosomal acid lipase (LAL), and may appear under this name. However, two different clinical conditions have been distinguished within this type:

– The storage disease of cholesteryl ester (CESD), which occurs in children and adults.

– Wolman’s disease, which is exclusively for children’s patients.

This condition is hereditary, with an autosomal recessive pattern that results in mutations in the LIPA gene.

Specifically, for this disease to occur, each parent must be a carrier of a defective copy of the LIPA gene, presenting the affected mutations in both copies of the LIPA gene.

In addition, with each pregnancy, parents who have already had a child with Wolman’s disease have a 25% chance of having another child with the same disease.

The LIPA gene is responsible for giving instructions to facilitate the production of the enzyme lysosomal acid lipase (LAL), which is located in lysosomes (cellular components that are dedicated to digest and recycle substances).

When the enzyme works correctly, it breaks down cholesterol esters and triglycerides into low density lipoprotein particles, transforming into free cholesterol and free fatty acids that our body can reuse (Hoffman et al., 2015) (Reiner et al., 2014) .

Therefore, when mutations in this gene are given, the level of lysosomal acid lipase is reduced and therefore different types of fats accumulate within the cells and tissues. This leads to serious digestive problems such as poor absorption of nutrients, vomiting and diarrhea.

As the body can not use lipids to obtain nutrients and energy, a state of malnutrition occurs.

At birth, those affected by Wolman’s disease are healthy and active; later manifesting the symptoms of the disease. They are usually observed over the first year of life. The most frequent are:

– They do not absorb nutrients correctly from food. This causes severe malnutrition.

– Hepatosplenomegaly: consisting of swelling of the liver and spleen.

– Hyperkeratosis: outer layer of the skin thicker than normal.

– Weight loss or difficulty to gain it.

– Skin and white part of the eyes yellowish ( jaundice ).

Approximately it appears in 1 of 350,000 newborns worldwide, although it tends to be underdiagnosed. The prevalence seems to be the same for both the female and male sex.

The earliest occurrence of lysosomal acid lipase (LAL) deficiency is that which should be diagnosed as Wolman’s disease, appearing in newborns and even before birth.

The later form of LAL deficiency (which can extend into adulthood) is diagnosed as cholesterol ester storage disease (CESD).

The diagnosis can be made before birth through the chorionic villus test (CVS) or amniocentesis. In the first, samples of fetal tissue and enzymes are collected. While, in the second, a sample of the fluid surrounding the fetus (amniotic fluid) is obtained for further study.

In babies in whom this condition is suspected, an ultrasound examination may be performed to check the calcification of the adrenal glands. This can help the diagnosis since it has been observed that approximately 50% of newborns who have this disease have such calcification.

Through blood tests, iron levels and lipid profile status can be checked. If there is Wolman’s disease, low iron levels (anemia) and hypercholesterolemia will occur.

If a liver biopsy is performed, a bright and orange color of the liver, hepatocytes and Kupffer cells flooded with lipids, micro and macrovesicular steatosis, cirrhosis and fibrosis will be observed (Reiner et al., 2014).

The best tests that can be done in this case, are the genetic ones since the disease can be detected as soon as possible and take measures. If there are previous cases of this disease in the family, it is convenient to carry out a genetic study to detect the carriers of the possible mutations, since it can be a carrier and not develop the disease.

Wolman’s disease is a serious condition, which puts the affected person’s life at risk. In fact, very few babies reach more than a year of life. Children who survived the longest died at 4 and 11 years of age. Of course, in conditions in which an effective treatment was not established.

As we will see in the next point, in recent years there has been a breakthrough regarding treatment.

It is important to point out that before 2015 there was no treatment for Wolman’s disease, so that very few babies were more than a year old. Currently, an enzyme replacement therapy has been developed through the intravenous administration of alpha sebelipase (also known as Kanuma).

This therapy has been approved in Europe, the United States and Japan in 2016. It consists of an injection with this substance once a week, finding positive results in the first six months of life. In cases in which the symptoms are not so serious, it will be enough to administer it every two weeks.

However, other drugs that regulate the production of the adrenal glands can be administered . In contrast, people who experience CESD are in a less serious situation, being able to improve thanks to a low cholesterol diet.

Before the drug was approved, the main treatment received by newborns focused on reducing the impact of symptoms and possible complications.

The specific interventions that were carried out consisted in changing the milk by another formula that was very low in fat, or feeding them intravenously, administering antibiotics for possible infections and replacement of sterolds to compensate for the malfunctioning of the adrenal glands.

Another option is the so-called hematopoietic stem cell transplant (HSCT), also known as bone marrow transplantation, which is done primarily to prevent the progression of the disease.

Kivit et al., In 2000, presented the first case of Wolman’s disease successfully treated with this method. In addition, a long-term follow-up of this patient was carried out.

They indicate that thanks to this intervention there was a normalization of the activity of the liposomal acid lipase enzyme that remained in time. The levels of cholesterol and triglycerides remained within normal, the diarrhea disappeared and the liver function was adequate. The boy was 4 years old and was stable and reaching normal development.

However, there are authors who indicate that it increases the risk of serious complications and can even lead to death (Reiner et al., 2014).