The algofobia is a type of specific phobia highly prevalent among the elderly population. This alteration is characterized by fear of “phobic” any type of experience related to pain.

People who suffer from this disorder can develop a high obsession for any situation, circumstance or element that can produce sensations of pain.

In this way, algophobia can significantly affect the quality of life of people and modify their habitual behavior.

For this reason, it is important to know how to detect this pathology well and carry out the relevant interventions to overcome it.

Do you want to know what characteristics does algophobia have and how should it be treated? Next we review all the literature that is currently available about the disorder. 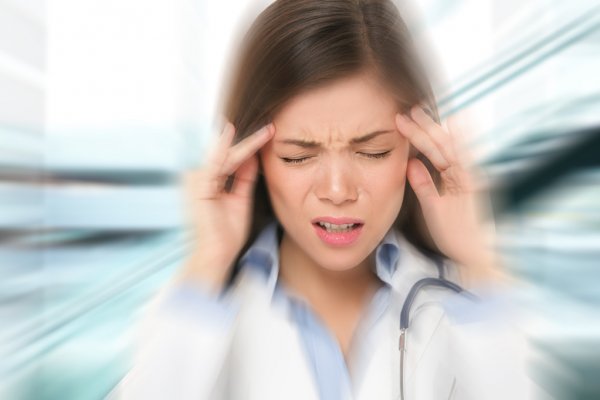 The algofobia is an anxiety disorder, specifically part of the known phobias specific.

In a sense, algophobia is a type of phobia in which the phobic element is pain as experience and / or sensation.

It should be noted that what a person with algophobia fears is the subjective perception of pain.

In this way, there are no mechanisms to detect which stimuli can be phobic for the subject and which can not.

In other words, it can not be established what kind of pain or sensation will be high enough for the person to respond with phobic fear before him.

However, in general, people who suffer from this disorder tend to fear any type of pain experience, however slight.

In fact, in many cases no experience of intense pain is required for individuals to develop the phobic response.

In addition, it is not necessary for the person to be exposed to health situations that cause him to experience pain so that the algophobia affects his day to day.

The simple prevision of being able to suffer some type of pain can end in an obsession in which the subject is permanently alert about the possibility of experiencing painful sensations.

Are all fears of pain relevant to algophobia?

The answer to this question is no, and it must be taken into consideration in order to understand and correctly detect the disorder.

Like any other type of phobia, it is important to know how to differentiate the fear related to algophobia from normal fear of pain.

In general, these second may have a greater predisposition to respond with fear of pain and fear this type of experience.

However, this does not mean that they have algophobia, since this requires presenting a phobic fear of pain.

Characteristics of the fear of the algofobia

The fear of algofobia presents a series of properties that define and characterize it.

These characteristics are very important since they allow to detect the presence and absence of the disorder, and allow to establish the bases of their diagnosis.

In general, in order to catalog the fear of pain as phobic, the following requirements must be met.

The fear that must be experienced must be disproportionate to the demands of the situation.

This first aspect of the phobic fear of pain is highly important since the sensation of pain represents a situation that is highly demanding for living beings.

In other words, it is normal for people to be afraid of those situations that could harm us.

In fact, the experience of fear in situations that can harm us is a totally normal and adaptive response.

However, the fear experienced in algophobia does not meet these characteristics and the response of fear is highly disproportionate in response to the demands of the real situation.

Being disproportionate, the fear that is experienced in algophobia can not be explained by reason.

In fact, the fear that is experienced is irrational even for the person who experiences them, who can not reason why he is afraid of pain.

The fear that is experienced in the algofobia is totally irrational but it is also totally uncontrollable.

In this way, the subject knows that it does not make sense to experience that type of fear but is totally unable to control it.

The sensations of fear appear automatically and take over the state of the person completely.

The fear of algophobia is not transitory or belonging to a certain age.

Fear persists over time and always manifests itself unless intervention is achieved and overcome.

All the above characteristics make fear adopt a clearly maladaptive character.

The sensations experienced by the subject do not allow him to adapt well to his environment and can cause a series of negative repercussions.

What happens when the person with algophobia is exposed to pain?

The algophobia constitutes an anxiety disorder because when the person suffering from the disorder is exposed to his phobic stimulus, he responds with clearly anxious symptoms.

The anxiety response of the disorder usually appears only when the individual experiences pain but this is usually very intense.

In addition, certain symptoms of anxiety can also be experienced in the face of the prevention of pain sensations.

In general, the anxiety response of algophobia is characterized by:

Anxiety disorders are characterized by producing a specific physical symptomatology.

In the case of algophobia, the physical symptoms experienced can vary considerably depending on each case.

In fact, anxiety responses can take different forms and modalities in each person.

However, all of them are characterized by presenting a specific group of symptoms related to the increase of the activity of the autonomic nervous system.

Likewise, headaches and / or stomach aches, vertigo sensations, dizziness, and experiences of unreality or fainting are other physical symptoms that may appear in algophobia.

The other group of symptoms that define the anxiety response are those related to the individual’s thinking and cognition.

In fact, the physical symptoms are always accompanied by a series of thoughts with which they feed back.

Thoughts can take multiple forms depending on each case, and the cognitions related to fear of the feared stimulus tend to be numerous and highly uncontrollable.

Likewise, all of them are characterized by having a highly negative content on the phobic stimulus.

The subject suffering from algophobia will develop multiple highly negative thoughts about both the pain experience and his ability to cope with this type of situation.

What keeps the phobia?

The other essential element that defines the presence of algophobia is the behavior that causes the disorder.

In fact, in order to talk about algophobia it is necessary that this affects notably the well-being of the person and modifies their habitual behavior.

In this sense, the main behavioral symptom that causes algophobia is the avoidance of the feared stimulus.

The person suffering from this disorder will always try to avoid any experience that may cause pain, in order to also avoid the anxiety response that causes it.

Multiple studies have focused on examining the operation of this type of phobia and it has been shown how the main element that keeps the fear of phobic stimulation is the avoidance of this.

As the person completely avoids the experience of pain, he is totally unable to adapt to it, so the negative thoughts and fears about the stimulus are maintained.

In this way, many times this type of alterations are overcome exposing the subject to his phobic stimulus, preventing it from escaping from him and working to reduce the feelings of anxiety in those moments.

Unlike other types of phobia, the feared element of algophobia can be somewhat abstract and ill-defined.

This means that the situations that the individual avoids can be numerous and uncontrollable.

In fact, what the person fears is the pain itself, but the elements that can be avoided due to the algophobia can be any type of situation that can cause pain.

This can lead to a noticeable change in the person’s behavior, which can become highly fearful and avoidant.

The subject may refuse to perform many of the usual daily activities for fear of living any situation that may cause pain.

Likewise, the individual can develop a clear obsession with pain and illness, and these elements can guide both his thinking and his habitual behavior.

There is a high consensus in affirming that one of the main elements that originates the algophobia is the conditioning. Thus, this alteration is considered a learned behavior.

However, this factor does not appear as the only cause of the disorder in all cases, so it is considered that algophobia is a multifactorial pathology.

In this sense, having experienced very intense and highly traumatic pain experiences can be an important factor that motivates the development of algophobia.

However, there are other types of conditioning that can play an important role and that, in algophobia, can be even more prevalent.

And it is usually very common that this disorder develops in elderly people, when they realize that most of their friends and acquaintances are suffering from various diseases and pains.

Thus, conditioning through third-party information can also contribute significantly to the development of algophobia and is postulated as one of the main causes of the disorder.

In addition, it is argued that in many cases the algophobia can be a progressive alteration, in which the fear is intensified little by little until it becomes phobic.

At the beginning, the person may have a certain fear about illnesses and pains and a certain concern about the possibility of suffering pains.

Subsequently, this fear may intensify until the presence of algophobia is configured.

As we have seen, it is very important to intervene appropriately in order to avoid its harmful consequences.

In addition, the most positive aspect of this pathology is that there are effective treatments that allow, in most cases, overcome the disorder and eliminate the phobic components.

In this sense, the therapeutic tool that has shown very high rates of effectiveness is psychotherapy.

For this reason, it is advised that anyone suffering from this disorder consult with psychology services.

Specifically, the therapy that has been most effective in the intervention of the algophobia is the cognitive behavioral treatment.

As previously mentioned, the factor that maintains and increases anxiety responses and the fear of algophobia is the avoidance that people make about the stimuli that can cause pain.

In this way, the basic aspect that is treated in this type of therapy is exposure, preventing the individual from avoiding their feared situations and gradually approaching them until they overcome the phobic fear.

In some cases, live exposure can be complicated, so exposure in imagination is often used as well.

Likewise, cognitive therapy acquires special relevance when it comes to modifying all those distorted thoughts about pain and illness. 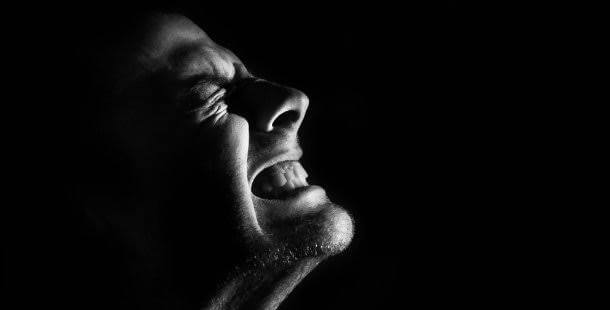 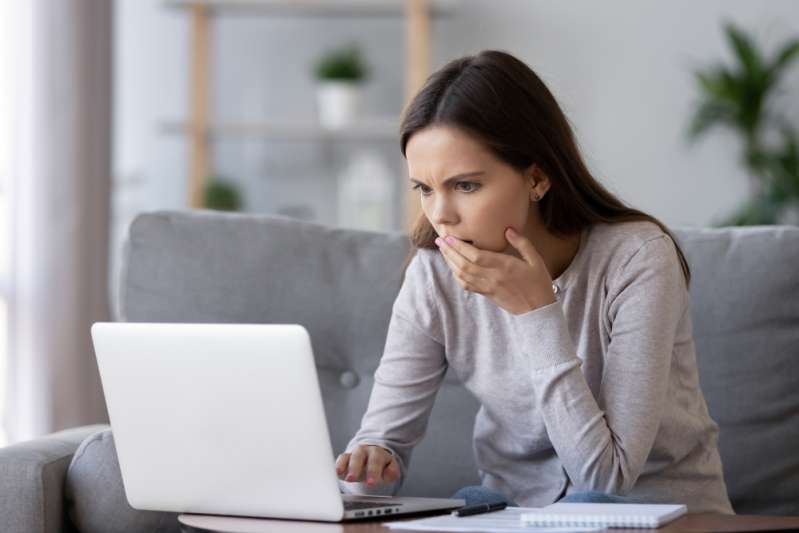