The aracnofobia is a type of specific phobia based extreme fear to spiders and other similar arachnids such as scorpions. Although many people are afraid or disgusted by spiders, in the case of those who suffer from this phobia it becomes illogical, irrational and out of the ordinary.

If you feel disgusted towards a spider but are able to cope with it by scaring it or simply ignoring it, you do not suffer any kind of disorder. The people who really suffer can become paralyzed, being one of the automatic responses that develops our brain together with flight and attack in a situation of extreme fear.

There are cases in which people who suffer this type of phobia come to feel terror simply by seeing spiders on television, photographs or even realistic drawings. Discovering a spider web or unwinding in some space conducive to shelter spiders (nature, basements or cabinets, zoos, etc.) are other sequelae of these fears.

These repulsions causes a? Arachnoidism? for many people, which can lead to an  obsessive-compulsive disorder (OCD) . The fear that at any moment a spider appears, leads the person to maintain the home in a clean and orderly manner and if possible fumigated.

Other examples can be given when the holidays arrive. The fear of not knowing if the holiday home will be full of spiders, causes a limitation at the time of deciding to leave home.

It can also affect daily hobbies such as walking or playing sports in green areas.

Depending on the degree of the phobia, the symptoms may be more or less considerable, but the most prominent are:

Why are you afraid of spiders?

Although in the case of phobias the diagnoses are not irrefutable because they depend on the factors and characteristics of the people, there are several reasons that the scientific community puts on the table to try to explain the fear that is felt by the arachnids.

There is a tendency to suggest that arachnophobia has its origin in genetics.

Argument that, because our African ancestors were in constant risk with spiders, developed in their DNA an instinct of survival that has been assimilating the arachnids as an animal harmful to our species. A predator to avoid.

These evolutionary studies not only take as reference the epoch of the caverns, but cite a part of the history closest to us: The Middle Ages.

Europe, during the fourteenth century, was plagued by the bubonic plague (or black) being one of the most devastating pandemics in the history of mankind. Between 50 and 80 million Europeans died and for many years the spiders were associated as the culprits of the deadly outbreak. It was a case that was taken to the extreme, since it was thought that any spider bite could be lethal. Subsequently it was shown that most diseases and pests were due to rats and fleas and not to arachnids.

According to the University of California, our visual system has retained these ancestral mechanisms, and this evolutionary need has remained rooted to our times despite the fact that only 200 of the almost 46,000 species of spiders (around 1%) can be a danger for the man

The famous black widow ?? among others, it could have been one of those dangerous species that prompted our ancestors to develop these defense mechanisms because their deadly bite could have caused millions of deaths.

In any case, these fears have also had a positive derivation. The researchers indicate that this genetic evolution could have also developed improvements in sensitivity, perception, vigilance and speed in the ability to perceive danger, having been a significant selective advantage. 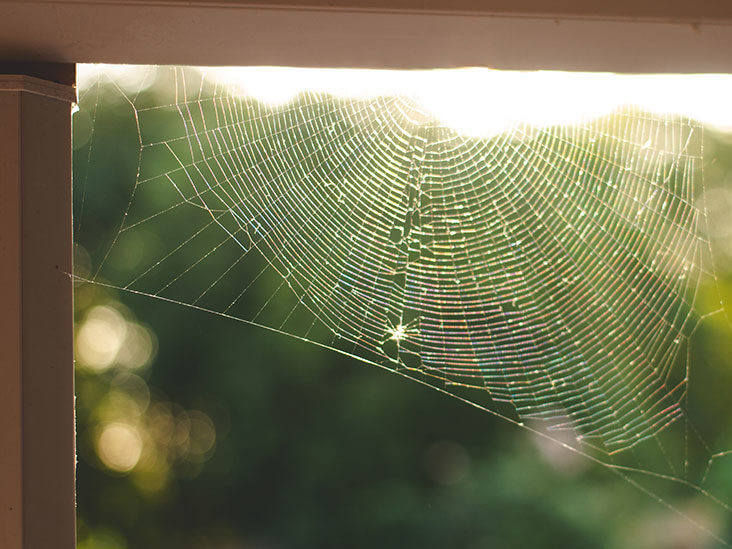 On the other hand, some scientists have tried to show that arachnophobia is hereditary. In 1991, Graham Davey, professor of psychology at the University of London, conducted a study with his students in which he discovered that most of those who suffered some form of panic, whether mild or severe, had a direct family member who also suffered from it. .

However, Davey’s work was later refuted since it was questioned that family conditioning could be the basis of this type of panic. This countercurrent argued that the phobia could have developed in the home, but not directly by family genes, but by some trauma during childhood. That is, it would be a response conditioned by a negative experience.

Despite this, genetics can not be ruled out as one of the possible causes. In 2003, the Virginia Institute of Psychiatry and Behavior of Genetics, with Dr. John Hettema at the helm, experimented with two adult twins to assess behavioral genes for spiders. The study revealed that genetic influences were substantial and that a person must not have experienced any traumatic experience to be afraid of spiders.

So far, the theories related to evolution and genetics are the most accepted by the scientific community. To these two we could add some more, but with less foundations and weakly corroborated.

One of them relates the panic to the spiders with their body structure and their motive movements. Specifically, the professor of psychology at the University of Plymouth (United Kingdom), John May, suggests that dark colors, elongated and angular legs are unpleasant for the human race.

In addition, our eye sensitivity to notice a movement without having located where it comes from, develops a concern in the human. This affirmation is adapted to the fast and unpredictable movements of the spiders.

Cockroaches , moths , beetles, wasps are other insects that meet the patterns of fear that May’s theory indicates.

It is estimated that 40% of phobias in the United States are linked to “bugs”, that is, bugs. Surely the spiders are among the first positions in this list and, although possibly the people who are afflicted will never be prone to change their vision about them, they will at least be able to learn to deal with the phobia.

First of all, we must be aware of whether the fear that a person may suffer is simply rejection, antipathy or fear of someone, something or a situation or is really a phobia. In the case that the fear of spiders affects the daily life of a person and does not know how to handle himself comfortably in his work, if he needs professional help.

There are several techniques to combat this type of phobia:

They are based on the restructuring of negative thinking about spiders in order to change that feeling and behavior. Biofeedback, meditation , relaxation techniques or tolerance to anxiety, are part of these cognitive-behavioral techniques. With the help of a professional, it can be carried out individually or in consultation.

They are part of the CBT but they deserve an extra section. It is characterized for being the one that more constancy needs, but also it has demonstrated greater effectiveness with respect to the others. It consists of gradually exposing the patient to the spiders so that they can tolerate their presence and at the same time learn to control their fears until they disappear.

The NLP is a combination of psychotherapy, communication and personal development based on changing skills or learning disorders. That is, the irrational fear against the spider would turn into a calm and relaxing behavior.

Although it should be the last option because of the side effects that can occur, antidepressants (SSRIs), anticonvulsants or anxiolytics can serve as treatment for cases of extreme severity.

Thanks to the evolution of technology, it has been possible to develop virtual reality processors that expose patients to representations of spiders in a representative way in order to gradually reduce fears towards them.

Childhood trauma due to a bite? It is important that the patient tries to find out or determine why the arachnids panic. This can greatly favor the therapist or psychologist when deciding on one therapy or another, speeding up treatment and of course allowing more positive results.

The spider in popular culture

Throughout history the spiders have been related to patience, for their constancy when weaving the fabrics in order to wait for a prey to fall into it to eat it and on the other hand with the evil for its poison mortal.

Already in Ancient Egypt, Greece or the Mayan culture made symbols of spiders in their literature, paintings or pottery and ceramics.

Although spiders in most countries cause disgust or some fear, there are certain cultures, far from westernization such as Indochina, Papua New Guinea, certain parts of Africa and South America or the Caribbean, where arachnids are part of their gastronomic culture . In particular, it is known the case of the fried spider in Skuon (Cambodia), where fried tarantulas are a very daily dish.

In other cultures, such as the Lakota, some Native American Indians, consider the spider as a symbol of good luck.