The assertive techniques serve to improve the competence of assertiveness, a fundamental social ability to respect your rights while you respect those of others.

Maybe if I expose you then a series of everyday situations, which have happened to us all, you will understand better so that it serves in life to be assertive:  You are in the queue to pay in the supermarket and you are in a great hurry. Suddenly somebody sneaks up to you and although you get very angry you cannot say anything. ??

Your partner is always late to all places, today was important for you to arrive early, because it is your anniversary. Again he is late again, but you do not say anything to not start the meeting with a discussion. ??

You’ve spent some time thinking that in the company where you work you can bring new ideas to increase productivity, but your boss is reputed to be very stubborn, so do not raise the proposals you have in mind.

Your friend asks you to leave him money, even though you are having a lot of expenses lately; you lend it to him for fear of being angry.

I’m sure you’ve identified with any of the above situations, or maybe even with all of them. The common factor that all have, is that in no case did you say what you thought or how you felt for fear of starting a conflict. 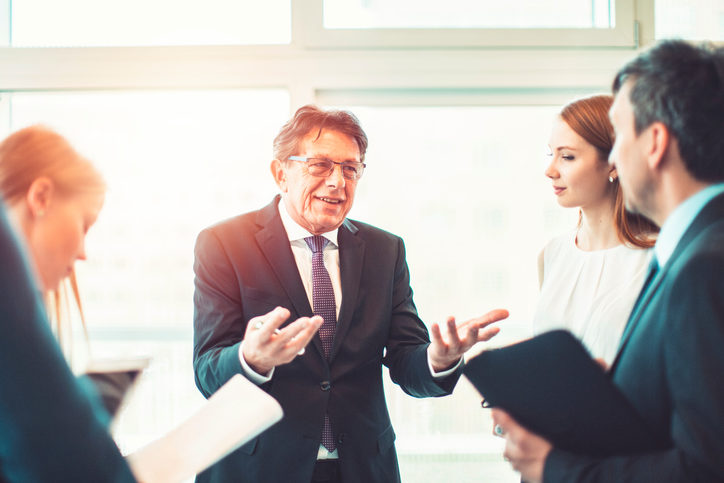 Well, that’s what assertiveness is about, having the ability to say how we feel and what we think, when we need it, in a correct way so as not to have problems with others.

What do we call assertiveness?

In the situations described above, most people act in the same way as the subject of the example. The problem of not saying what you think, besides not being loyal to ourselves, is that it is likely that when we finally release everything we want to say, the anger reaction will be greater than it would have been if we had been assertive in the timing.

I guess you understand more or less what it means to be assertive. We could basically define assertiveness as a form of communication in which you place emphasis on your right to express yourself and to feel. A way of communicating in which you express your opinions in an honest, sincere, and above all non-aggressive way. It is to have respect for you and for the rest.

Although it may seem simple to the naked eye, putting it into practice is not so easy. Since usually the moments in which we need to be assertive, they are usually related to states of nonconformity, annoyance or anger. Only when using assertiveness, the situation will simply be in a dialogue where the two parties are respected.

Luckily, as I told you at the beginning of the article, assertiveness can be learned and even improved. It is related to emotional intelligence, since it is based on a way of communicating how you feel, but not letting yourself be driven by emotions.

Being assertive will serve to expose others to your desires and needs, as well as having dignity, and trusting more in oneself. The respect that you can have for yourself will not have anyone else.

Why can I be assertive?

Assertiveness can be very useful in the day to day; in particular I will expose some cases:

It should be added that being assertive does not imply that anyone will ever be angry with you, and that whatever you ask will be granted. He thinks that others also have the right to feel angry and say no when they see fit.

Why is it hard for me to be assertive?

There are several reasons you can feel identified, why you may learn to be assertive, and do a more difficult task than you thought. Maybe before learning to express yourself with assertiveness, it would be convenient to work the points that I set out below:

What is unfavorable is that we are the ones who accept the role we believe to be appropriate, so that we self-apply rules when communicating and expressing ourselves with others.

8 assertive techniques to say what you think

At this point in the article, once you have really understood what assertiveness is and how it can help you, here are some simple and effective techniques for you to start practicing this social skill.

1-Change negative thoughts to positive ones

It is important that you know that negativity has a limiting effect on the goals that we propose. Sometimes the most critical people with us, we are ourselves. That is why you need to change some mental schemes when thinking about you and what you want to achieve.

Negative thoughts, instill beliefs that make our capacity for effort is diminished by a continuous bath of negativity.

The idea is that every time you notice that you are thinking negatively; change the thought to a positive affirmation. For example:

Instead of thinking: I am a bad person if I do not leave money to my friend? you can think ?? I have the right to decide what I want to do with my money, and to be free to lend it whenever I want and to whom I want??

2- Stop thinking that others can read your thoughts

It seems absurd, but some people think that others may know what they are thinking. If you are one of those people, think that besides that nobody has the power to read the mind, others are not always expecting things from you. And if they do, it’s their problem, not yours.

Just as they cannot know what you think, you cannot know how they react or are really waiting for you. Take advantage of this to take confidence that you have a chance to find out through assertive communication.

3- Defend your beliefs, and your truth, without thinking that it is the absolute truth

You must understand that the content of your messages, may or may not be accepted or taken for granted by others. It is not about convincing anyone that what you say is the only option, but to let others know what your position is.

When communicating your opinions do not do it from trying to convince the other that your opinion is better than yours, but simply from respect for yourself and the opinions of others.

4- Remember what your goal is

Being assertive does not just mean telling others what you think, but making it clear that you want to achieve. In order to achieve your goals, you must first find out what you really want. So stop for a moment, and think that’s really what you want to get by expressing your opinion and feelings.

Thinking and visualizing your goals, will give you more confidence in yourself, and more motivation when trying. The clearer you get what you want, the easier it will be to pursue and achieve the goal.

5- Try to be as specific as you can

You must be able to accurately and accurately convey what you want. Going around, or going around the same concept or idea, can make your caller not know what you mean and what tires you about waiting for your message.

So, if you need to, before you speak, try to make a mental outline of your exposure, so that at the time of communicating you know what you should say.

Normally the human being tends to attribute prejudices according to how the situation has been perceived. This means that the fact that a person has acted in a certain way, does not mean that he will always act this way or his way of being is at odds with what has happened.

For example, if this text is spelled wrong, this does not mean that I do not know how to write, but simply that it has a lack of spelling.

That is the difference, do not attribute to the facts personal impressions that you do not know if they really are fulfilled.

In addition, by communicating with others, if you do not attribute your personal impressions, this will make the other person not offended.

7- Add a list of reasons and why you ask

For example, if a friend of yours tells you that you need a new car without giving you the reasons why you need it, you will end up thinking that really getting a new car is not a real need for your friend.

Expressing your motives along with your message is a good way to get the other person to understand your point of view, because the interlocutor will see that there are really reasons to support what you communicate.

Also Read: How to know if you like a girl: 11 signs

In the same way, if someone is asking you for a favor, you can deny yourself without giving explanations, but it is much more assertive if you explain the reasons why you reject the request, since in addition to subtracting your response aggressively, the other person will have a real understanding of your negative response.

When in a message, we refer to the word you; the person who is talking to you may feel accused and begin to make everything more difficult.

In order to communicate something to someone, without reference to the second person (you), you can communicate from yourself.

I’ll give you some examples:

I would like to finish talking without interruptions, instead of: stop interrupting me?? I feel uncomfortable when I cannot sit at my usual work table?? Instead of: “I do not want you to feel on my site??” 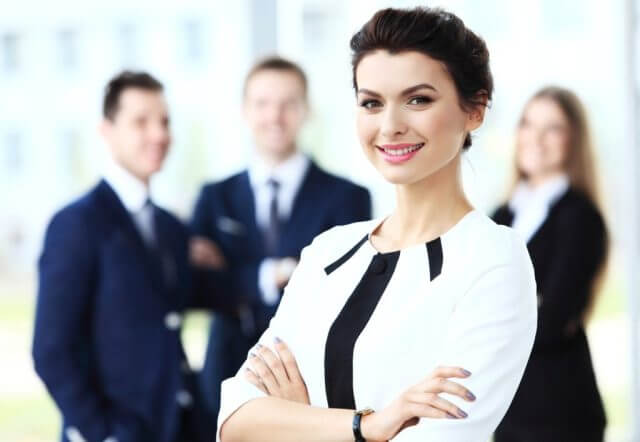 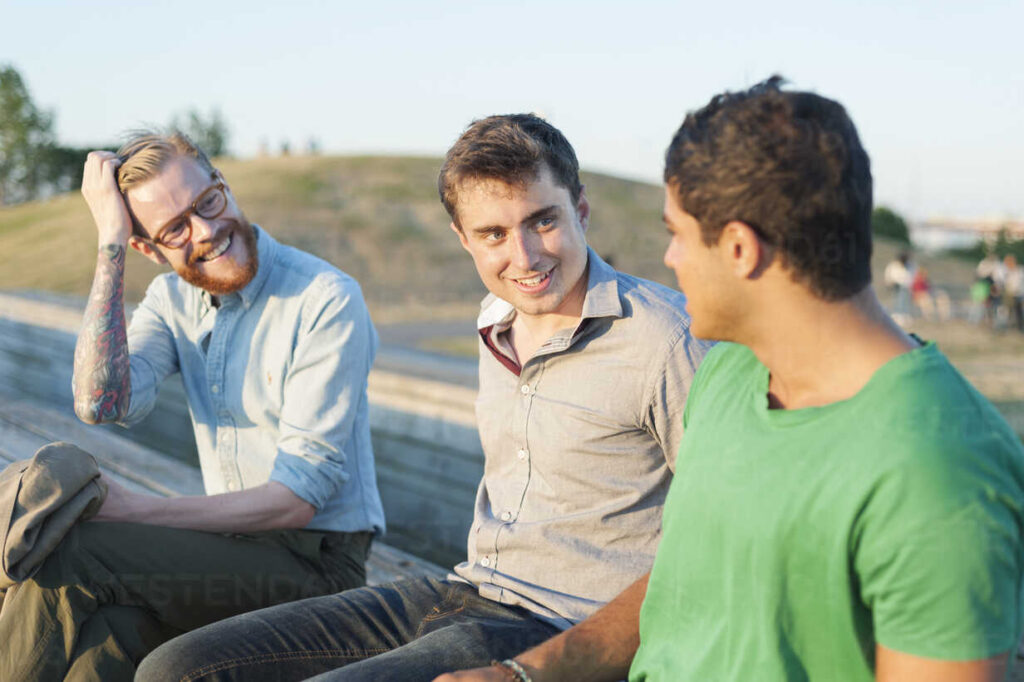