The bipolar disorder symptoms it is a mental illness characterized by the tendency of a person to alternate between depressive episodes and manic episodes.

In this article I will explain your symptoms, causes, treatment, diagnosis, consequences and much more.

The symptoms of this disorder are severe, different from the normal ups and downs of mood. These symptoms can result in problems in personal relationships, at work, at school, financial or even suicide.

During the depression phase, the person may experience:

During the manic phase the person may experience:

Although there are cases of onset in childhood, the normal age of onset of type 1 are 18 years of age, while for type 2 are 22 years. 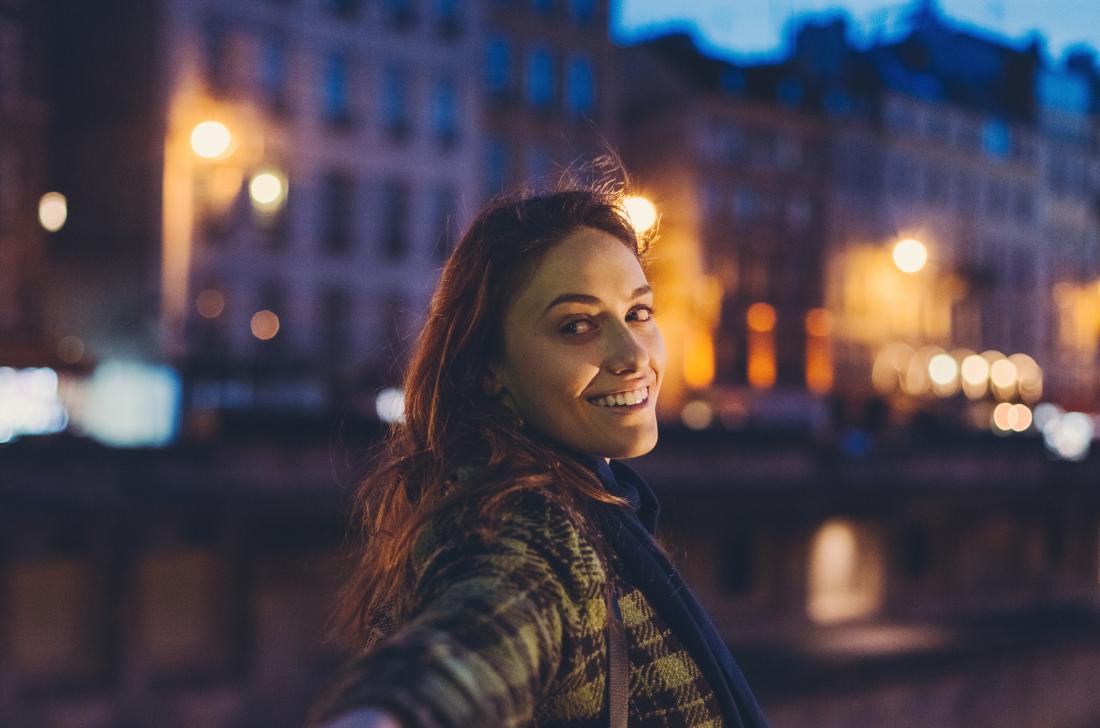 About 10% of cases of bipolar disorder 2 develop and become type 1.

Although the causes are not clearly understood, genetic and environmental factors (stress, abuse in childhood) influence.

The treatment usually includes psychotherapy, medication and in cases that do not respond electroconvulsive therapy may be useful.

The signs and symptoms of the depressive phase of bipolar disorder include:

Mania can occur in varying degrees:

It is the least severe degree of mania and lasts at least 4 days. It does not cause a marked decrease in the person’s ability to work, socialize or adapt.

It also does not require hospitalization and lacks psychotic characteristics.

In fact, general functioning may improve during a hippomanic episode and is thought to be a natural mechanism against depression.

If a hippomanic event is not followed or preceded by depressive episodes, it is not considered a problem, unless that mood is uncontrollable.

The symptoms can last from a few weeks to several months.

It is characterized by:

Mania is a period of euphoria and high mood of at least 7 days. If left untreated, an episode of mania can last for 3 to 6 months.

It is characterized by showing three or more of the following behaviors:

A person with mania may also feel lack of sleep and inadequate judgment.

On the other hand, maniacs may have problems with alcohol or other substance abuse.

In extreme cases, they may experience psychosis, so that they break contact with reality while having a high state of mind.

Something is usually that the person with mania feels unparalleled or indestructible and that feels chosen to realize a goal.

Approximately 50% of people with bipolar disorder experience hallucinations or delusions, which can lead to violent behavior or psychiatric admission.

In bipolar disorder, a mixed episode is a state in which mania and depression occur at the same time.

People who experience this state may have thoughts of grandiosity while having depressive symptoms such as suicidal thoughts or guilt.

People who are in this state are at high risk of committing suicide, as they mix depressive emotions with mood swings or difficulties controlling impulses.

The exact causes of bipolar disorder are unclear, although they are believed to depend primarily on genetic and environmental causes.

It is believed that 60-70% of the risk of developing bipolarity depends on genetic factors.

Several studies have suggested that certain genes and regions of chromosomes are related to the susceptibility to develop the disorder, each gene having a greater or lesser importance.

The risk of TB in people with relatives with TB is up to 10 times higher compared to the general population.

The research points to heterogeneity, meaning that different genes are involved in different families.

Research shows that environmental factors play an important role in the development of TB, and may interact with psychosocial variables with genetic dispositions.

Recent life events and interpersonal relationships contribute to the likelihood of the occurrence of manic and depressive episodes.

It has been found that 30-50% of adults diagnosed with TB report experiences of abuse or trauma in childhood, which is related to an earlier onset of the disorder and major suicide attempts.

From evolutionary theory one might think that the negative consequences of bipolar disorder on the ability to adapt, causes that genes are not selected by natural selection.

However, there are still high rates of TB in many populations, so there may be some evolutionary benefit.

In people with a high degree of stress, depressed mood could serve as a defensive strategy to get away from the external stressor, reserve energy and increase sleep.

The mania could benefit from its relationship with creativity, confidence, high energy levels and increased productivity.

States of hypomania and mild depression may have certain advantages for people in a changing environment. The problem would be whether the genes responsible for those states are over activated and lead to mania and major depression.

Evolutionary biologists have proposed that TB could be an adaptation of ancestral humans to extreme northern climates during the Pleistocene.

During the hot summer, hypomania could allow you to perform many activities in a short period of time.

On the contrary, during the long winter, excessive sleep, excessive intake and lack of interest could help survival. In the absence of extreme climatic conditions, TB would be maladaptive.

Evidence for this hypothesis is the correlation between seasonality and mood swings in people with TB and low TB rates in African Americans.

Brain imaging studies have shown differences in the volume of various brain regions between patients with TB and healthy patients.

Increases in the volume of the lateral ventricles, pale balloon, and increase in the rate of hyper intensities of white matter have been found.

Magnetic resonance imaging has suggested that there is abnormal modulation between the ventral prefrontal area and the limbic regions, especially the amygdale. This would contribute to poor emotional regulation and mood-related symptoms.

Moreover, there is evidence supporting the association between early stressful experiences and dysfunction of the axis hypothalamic-pituitary – adrenal, which guides his over activation.

It has been found that a neurotransmitter responsible for mood regulation, dopamine, increases its transmission during the manic phase and descends during the depressive phase.

Glutamate is increased in the left dorsolateral prefrontal cortex during the manic phase.

Bipolar disorder is not often recognized and is difficult to distinguish from unipolar depression.

Its diagnosis requires taking into account several factors: the person’s experiences, behavioral abnormalities observed by other people and signs evaluated by psychiatrists or clinical psychologists.

The most widely used diagnostic criteria are the WHO DSM and ICD-10.

Although there is no medical evidence to confirm TB, it is advisable to perform biological tests to ensure that there is no physical illness, such as hypothyroidism or hyperthyroidism, metabolic disorders, HIV or syphilis.

It is also advisable to rule out brain injuries and perform an electroencephalogram to rule out epilepsy.

According to DSM-IV, there are the following types of disorders within bipolar disorders:

In this section we will describe Bipolar II, the manic episode and the major depressive episode.

Specify the current or most recent episode:

B) Symptoms do not meet the criteria for a mixed episode.

Although TB ​​can not be cured, it can be effectively controlled over the long term with medication and psychotherapy.

Combined with medication, psychotherapy can be an effective treatment for TB.

Some psychotherapeutic treatments for TB are:

According to research, medication along with intensive psychotherapy (weekly cognitive behavioral therapy) has better results than just psychotherapy or psycho education.

The symptoms of TB can be controlled with different types of medication.

Because not everyone responds in the same way to the same medication, they may have to try different drugs before finding the right one.

Keeping notes of daily symptoms, treatments, sleep patterns and other behaviors will help you to make effective decisions.

They are usually the first line of treatment for TB and are generally taken for years.

Lithium was the first stabilizer approved to treat manic and depressive episodes. There are anticonvulsants that are also used as mood stabilizers:

The use of valproic acid or lamotrigine may increase suicidal thoughts or behaviors, so be cautious in using them and observe the people who take them.

In addition, valproic acid may increase testosterone levels in adolescent girls, which can lead to a condition called polycystic ovarian syndrome, which has symptoms such as excessive body beauty, obesity or irregular menstrual cycle.

Side effects of lithium can be dry mouth, restlessness, indigestion, acne, discomfort at low temperatures, muscle or joint pain, nails or brittle hair.

When taking lithium, it is important to check your blood levels, as well as the liver and thyroid gland.

In some people, consumption of lithium can cause hypothyroidism.

The side effects of other mood stabilizers may be:

These drugs are often used alongside antidepressants to treat TB. Atypical antipsychotics may be:

Side effects of atypical antipsychotics may include:

Because of changes in weight and metabolism, it can increase the risk of developing diabetes or high cholesterol, so it is important to control glucose, weight and lipid levels.

In rare cases, long-term use of atypical antipsychotics may lead to a condition called tar dive dyskinesia, which causes uncontrollable muscle movements.

The antidepressants that are usually prescribed to treat the symptoms of bipolar depression are: paroxetine, fluoxetine, sertraline and bupropion.

Taking antidepressants alone can increase your risk of becoming manic or hippomanic. To prevent it, it is often necessary to use mood stabilizers along with antidepressants.

Side effects of antidepressants may include:

Patients taking antidepressants should be carefully observed because they may increase suicidal thoughts or behaviors.

If you are pregnant or have a newborn baby, consult your doctor about the treatments available.

To properly treat TB, it is necessary to make certain changes in lifestyle:

Bipolar disorder is the sixth leading cause of disability in the world and has a prevalence of 3% of the general population.

Its incidence is equal in women and men, as well as across different cultures and ethnic groups.

Late adolescence and the onset of adulthood are ages in which more TB appears.

Risk factors that may increase the likelihood of developing TB are:

If left untreated, TB can result in several problems affecting all vital areas:

Tips If You Have Bipolar Disorder

It is necessary to lead a healthy lifestyle to keep TB symptoms under control, reduce symptoms and avoid relapses.

In addition to psychotherapy and medication there are other things you can do:

Tips to help a family member with bipolar disorder

Mood swings and behaviors of a person with TB affect the people around them.

They may have to face irresponsible decisions, exaggerated demands, explosive outbursts or grandiloquent behaviors. Once the mania is over, you will have to face the lack of energy of the family member to continue with a normal life.

However, with proper treatment most people can stabilize the mood.

Here are some ways you can help: