The C-type personality constitutes a set of attitudes and behaviors that usually give to stressful situations, that are related functionally and that they are manifested by:

People are subjected to stressful situations on a daily basis, for example we talk about daily events such as everyday traffic on the way to work or having to eat every day away from home, and vital events such as retirement, death Of a relative…

The issue is the coping and handling of such situations, which is not given equally to all people.

Another aspect related to this pattern of behavior is that of emotional suppression. Emotions influence our lives by playing an important role in our survival, they help us communicate with others and express what we feel, they tell us when something is wrong and we must change it, they push us to fight for our rights or to flee when there is a danger.

They also encourage us to pursue our dreams, to seek our well-being , to be with people who make us feel good or to look for experiences that comfort us. When these are not expressed and this becomes a habit is when the negative consequences occur. 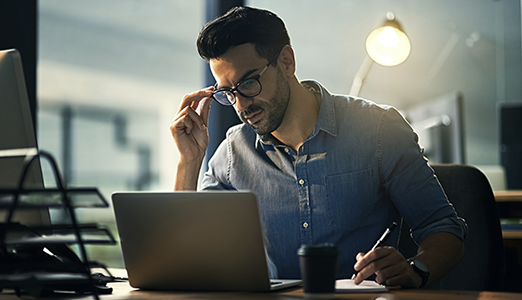 As a result of all the investigations carried out in this field, many researchers conclude that in this behavioral style the following dimensions are involved:

If we delve into the associated characteristics of these individuals with C-type personality behavior pattern (PCTC) we can refer to the following:

There are indications of the association of this characteristic with the low activity of NK lymphocytes of the organism (cells able to destroy the cancer cells or the cells infected by virus).

Emotional suppression is conceptualized in this case as a style of coping that influences the choice of certain strategies such as not disturbing others and not involving others in their own problems. In the development of a cooperative style to avoid conflicts and suppress emotions and in the use of repression.

The tendency to develop a PCTC comes from the interrelationship between genetic factors and patterns of family interaction that lead a person to learn to react to difficulties, stressful events or traumas, suppressing the manifestation of their needs and feelings.

When the person is overwhelmed by the stress that has accumulated over time tends to react in various ways.

Regarding emotional avoidance, this influences the avoidance of situations that produce negative emotions (for example, the person avoids entering into discussions, avoids giving his opinion on conflicting aspects …), as well as non-confrontation of conflicting events.

An important aspect is that such avoidance may be related to a lesser tendency to detect physical symptoms and therefore to ignore them. Thus, although a person perceives certain symptoms that did not previously present, he does not go to the doctor, delaying the phase of diagnosis and future treatment of cancer.

Considering the biological aspects related to this, we observe a tendency to the emotional avoidance that produces a decrease in the activity of the sympathetic-adrenal-medullary system, which seems to be associated with a poorer functioning of the NK cells, Progression or development of cancer.

This style of emotional avoidance may also be masking a depression characterized primarily by the presence of physical symptoms. For example, psych0m0tor retardation and fatigue may be associated with decreased activity of the sympathetic nervous system , making these people in higher risk groups.

There are other biological mechanisms involved such as T lymphocytes, as well as the relationship between the neuroendocrine and immune systems (stress -> depression of the immune system), which complicates the pathways of investigation of the influence of psychological variables on the onset, Recurrence of cancer.

As early as the year 162, the Greek physician Claudio Galeno raises the hypothesis of the existence of an increased risk of cancer development in melancholic women. Later, in the early eighteenth century, Gendron argues that anxious and depressed women were prone to cancer.

In the 1930s, more specific studies began to be developed in the area from the birth of psychosomatic medicine, performed by Dumbar, Meninger and Alexander. And with the birth of health psychology at the end of the 70’s, began to introduce psychology in a field belonging exclusively to medicine, specifically in the field of  oncology .

It was in 1980 when researchers Morris and Greer raised the existence of a pattern of behavior that they called type C and whose characteristics are summarized by Eysenck,  arguing that such subjects are “extremely cooperative, passive, conflict avoidant, emotion suppressors such as Anger or anxiety, who use repression as a coping mechanism and a high predisposition to experience hopelessness and depression. “

In 1982, Grossarth-Maticek, Kanazir, Schmidt and Vetter, H. found that “rational and anti-emotional” behavior was predictive of further development of cancerous disease.

Perhaps one of the most relevant contributions is the one made by Hemoshok in 1987 who proposes a procedural model of coping style and cancer. The focus is on the type of response that people give to stressful life situations or events.

The three individual or combined psychological factors proposed in cancer progression are:

In short, it could be said that in relation to the problematic of personality prone to cancer two different types of conceptual approach have been presented.

Also Read : What is Personality Type A?

The first one refers to the type C behavioral pattern (PCTC) as a strategy for coping with stressful situations of chronic character, while the second defines it as a premorbid condition related to behavior and vulnerability to ontological disease.

Investigations in this regard conclude that the PCTC corresponds more to a style of coping than to a personality type related to the predisposition to said disease.

This is supported by the results of the psychological or psychosocial interventions currently offered, mainly performed in a group way and that are effective in reducing the symptoms and morbidity of psychological disorders associated with the process of adaptation or adjustment to the disease, but not Confirm results regarding the increase in the survival time of the patients.

PCTC and other chronic diseases

As we have seen so far, the C-type behavior pattern was initially proposed as being exclusive to patients diagnosed with cancer.

Traue and Pennebaker report the existence of an association between emotional repression and cardiovascular, gastrointestinal, endocrine, cancer, pain and asthma problems …

Tozzi and Pantaleo find that emotional repression is a common personality trait in people with cancer and other chronic diseases such as diabetes.

The results of several studies indicate that PCTC is not exclusive to people with cancer, but rather appears to be a multidimensional pattern of behavior characteristic of people with chronic disease.

For example, in a study of patients with cancer and others with diabetes, the PCTC was found to be less h0m0geneous than previously thought. That is, it was not an exclusive pattern of people with cancer, but it was characteristic of people suffering from a health disorder with a chronicity, which compromises them for life. In addition, differences were also observed regarding healthy patients.

And diabetic patients were characterized by a suppression and inhibition of emotions, by using reason and logic to avoid emotions in the face of interpersonal conflicts, as well as by the balance in interpersonal relationships.

Regarding differential aspects, it should be taken into account that patients with cancer have a tendency to use reason and logic as a general way of facing the world and diabetic patients would have a greater tendency to repress the expression of their emotions.

Therefore, we can understand PCTC as a mediating variable of chronic disease as a stressful experience. Thus, under the perspective of the processual stress model, where it was proposed as a result of a particular relationship between an individual and an environment conceived as threatening, chronic disease is understood as a stressful experience for the subject, while your well being.

Therefore, PCTC as a mediating personality variable would act by modulating the processing of the information that the individual performs in the face of the chronic illness understood as a stressful experience.

In this way strategies are developed to face the situation, defining a style of coping based on the control and repression of emotions, rationality, need for harmony and understanding. This determines the adjustment of the individual with the chronic disease and depending on that adjustment, the chronic disease will be perceived more or less stressful by the subject.

Currently 50% of the population suffers from a chronic disorder, from relatively benign ones such as partial loss of hearing, to more serious diseases such as cancer and cardiovascular diseases.

Moreover, the data indicate that in the future, most people will develop a chronic disability or illness that, in the long run, could be the cause of death.

It is for this reason that we must take into account the existence and performance of some of the implied variables that I have mentioned throughout this article and that, through the application of adaptive and adequate strategies, we can get to modify and palliate, beginning for example by Express your emotions, learn to take care of you and worry about your needs.