Raising and educating a child is a unique experience, but at times it can be a source of stress for parents. In this article we will try to @nalyze the main ways in which the upbringing of minors can lead to increased stress on their parents , as well as the main effects that derive from this fact and that can affect at different levels. What do we understand by stress from parenting work? 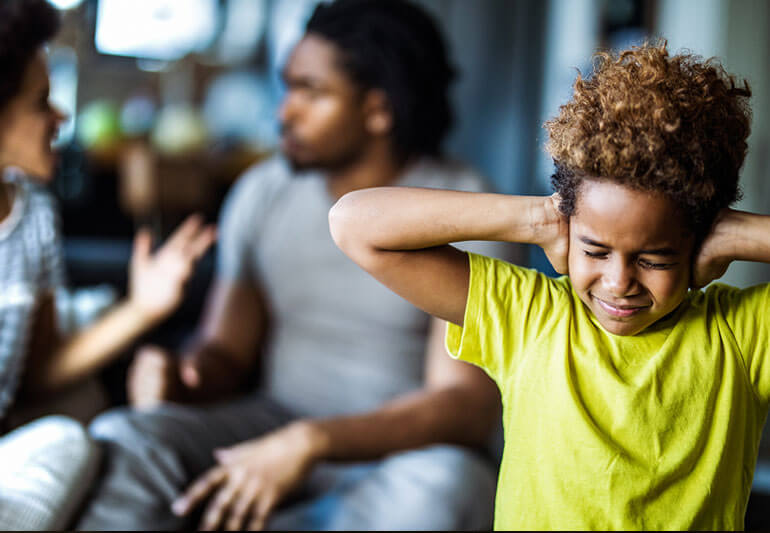 When we think of the stress of parenting, we are actually talking about a very general phenomenon that occurs in many families with children . And it is that taking care of a minor is such a broad concept and that it covers so many situations that it is necessary to @nalyze this activity in depth to separate some of its main components Likewise, it is important to understand that, like so many things in life, the experience of raising a child is totally personal and different in each case , so there will be parents who feel identified with several of these factors, others who do so with all of them and even that there are some who do not coincide with any of them, and who have never felt stress due to the work of raising children.

Causes of stress from parenting responsibilities
Keeping these previous considerations clear, we can now go on to list those factors that may be causing or fueling the stress of parenting.

1. Lack of sleep
The first factor that we can @nalyze is that of lack of sleep. This variable occurs, especially, during the first stage of upbringing, that is, when the child is still a baby and, due to its physiological needs, repeatedly demands attention, regardless of whether it is day or night .

It is a totally normal fact, as well as it is that this generates difficulties to sleep all the necessary in the parents, who have to take care of their child, of course, although this implies waking up several times during the night to breastfeed or the bottle, or cover any other need you have at that time.

Obviously, sleeping poorly during one night may not be a problem for anyone, but when it occurs repeatedly, we can be facing a source of stress due to parenting tasks . If the baby is exclusively breastfed, the problem of lack of sleep will primarily affect the mother, unless the milk is expressed beforehand so that the father can give him the bottle.

This is a system that many couples resort to to distribute shifts or even entire nights in some way, so that effort is shared and therefore fatigue and rest is also shared.

2. Economic uncertainty
Continuing with the ways in which stress can appear from parenting work, we must not ignore the economic part of parenthood . Going through a period of crisis or job instability, or another situation that puts the acquisition of economic resources at risk, is a common source of concern for many people.

3. Time management
Time, or rather the lack of it, is a way of arrival of stress due to the work of raising children. It is obvious that taking care of a child requires full involvement and an investment of all kinds of resources , with time being one of the main ones. Parents soon realize that, given all the new tasks involved in caring for a baby, the day seems to have fewer hours than before. Read More :Management of Emotions

For this reason, they are forced to give up some of their previous activities, or to try to do in less time some routines for which they were not so limited before. In this matter, the process of coupling to the new way of life is also important, and after a period of more difficulties, many parents see how this form of stress is reduced by the work of raising children.

We emphasized at the beginning of the article that each situation is unique, so very specific events may occur that pose an added difficulty to parenting , either due to the personality of the parents or the child, the educational style, the way of developed attachment or any other factor that may be generating an imbalance.

5. Health problems
Although, in general, the diseases that children tend to suffer are frequent but mild in nature (colds, conjunctivitis, etc.) and therefore their health is not excessively compromised, it is still a source of concern for children. parents, who obviously do not want to see their children suffer, no matter how much it is from a minor ailment. 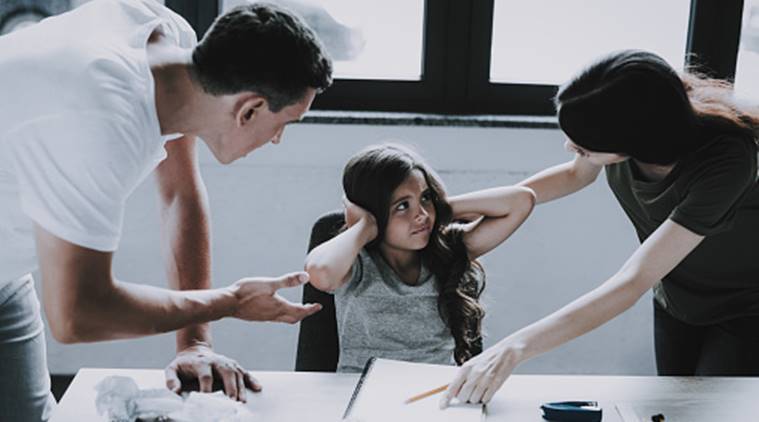 As we pointed out previously, these effects are not the only possible ones, and they do not necessarily appear in all cases.

1. Irritability
It is logical to think that a father or a mother, like any other person, who is subjected to constant stress, can see their irritability increase. In that case, these individuals will feel angry more easily than in other circumstances in which they are more relaxed . The negative part of this effect is that it can indirectly affect your children, for example by having less patience with them in certain situations.

2. Anxious and depressive symptoms
Stress from parenting work is totally normal. The problem arises when, due to the specific circumstances of the case, that stress is greater than the person can bear , and is maintained over time. This is when additional difficulties may arise, such as anxiety and / or depressive symptoms.

3. Couple conflicts
The last of the effects of stress due to child-rearing tasks that we are going to mention in this list is the hypothetical couple conflicts that may appear. Two people subjected to continuous stress, although they enjoy a great relationship, can see how certain frictions appear between them .