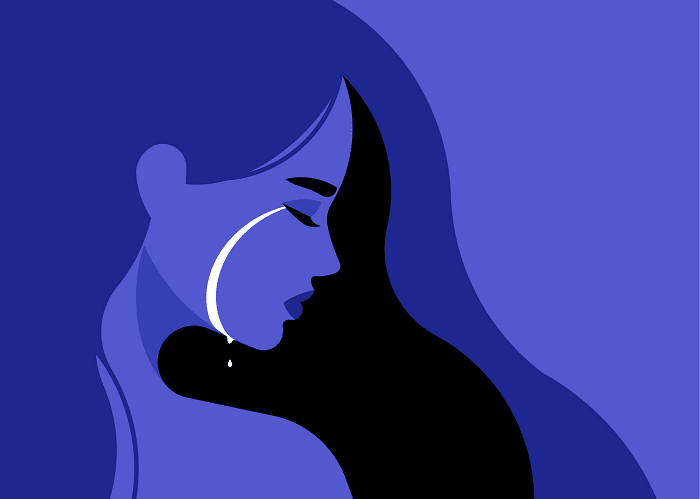 Celebrities also fight depression, in fact there are many Hollywood stars, singers, footballers and even royalty who have passed through it.

Did you know that the World Health Organization has affirmed that in 2020 depression will be the second cause of incapacity among people?

As you can suppose, this disorder is one of the most common diseases of the 21st century. The current rhythm of life, together with work stress, love affairs, or family problems, are some of the causes that cause people to fall into it.

After knowing the news of the famous comic actor, many were those who were shocked.

Owen Wilson was about to take his own life after suffering a severe depression in 2007. During the following years, and after several treatments, he was able to get ahead.

The famous actress and woman of the singer of Coldplay admitted in the well-known American program The Conversation to have suffered several post-partum depressive episodes after the birth of Moses, his second son.

As an account, it was her husband who realized the seriousness of the situation.

The famous Hollywood star is known for his willpower and his fighting attitude.

So much so that he has been able to overcome depression on several occasions. His record is already far, but it was in 2007, with the death of his mother when his situation reached worrying limits.

Her boyfriend at the time, Brad Pitt, was an important support in the fight against his illness.

Jim Carrie was taking medicine to try to get out of a situation in which he ended up after two failed marriages.

According to him, dieting and getting in shape was a great help.

One day the music filled the leader of Nirvana. Since then, he began to lose the desire to act. This resulted in a depression, and later in the suicide of one of the greatest music icons of the nineties.

In 1994 he was found dead after being shot with a shotgun.

The case of Marilyn Monroe was similar to that of Kurt Cobain. His face of happiness before the audience was only the facade of what he hid behind.

A deep depression was the cause that led the young actress to commit suicide in 1962.

As you can see, the king of pop also suffered depression.

It was already known that the personality and mood of Michael Jackson used to vary quite easily. For this reason, it has been speculated that his premature death may have been caused by depression.

After completing the filming of his most emblematic role as the Joker, Heath Ledger was involved in a series of depressive periods.

The reasons were work and not being able to see his daughter Matilda. As a result, the young actor died of an overdose of medication.

The anxiety and the psychic problems of the Dutch painter led him to perform a series of acts, at least, peculiar: he cut off his ear and sent it to his beloved.

Likewise, it is known that he was interned in a psychiatric clinic, as it is included in the book El anhelo de vivir , by Stone Irving.

Finally, it should be added that Van Gogh died after being shot with a shotgun in his chest, what is not known is whether it was due to this disease.

The protagonist of the twilight saga said at one point: “I do not think I’m a romantic anymore, in fact, I think I’m a manic depressive . “

With these words, Robert Pattinson revealed that he had suffered mental problems.

After losing the Copa America, Carlos Tévez came to win up to six kilos in weight. The cause was a strong depression in which he fell.

“When I missed the penalty kick, the world came down. After the elimination I became depressed, “ said the Argentine international.

The well-known singer also suffered the disease after being a mother. The vast majority of renowned media published their fall in drugs.

After several periods of personal instability, the leader of Guns and Roses was diagnosed as a manic depressant.

His constant mood swings and the bipolar disorder of which he was characterized were the causes of such revelation.

Everyone is aware of the desire for suicide that Lady Di had.

The marital crisis she went through, together with the different eating disorders that characterized her, were the main causes that led her to try to take her own life.

Christina Aguilera suffered depression due to the separation of her husband, Jordan Bratman. This led him to major problems with alcohol.

The case of Demi Lovato has been one of the most media in the music world.

Everyone is known for his relationship with one of the dancers of the Jonas Brothers. His love was as intense as his breakup, which led him to be admitted to a rehabilitation center in 2010 for people with emotional problems.

The reason for this? According to her, her two broken marriages and being a single mother was something she could do with her. Luckily, he saw an exit in yoga, and since then he has never stopped practicing it.

Halle Berry’s illness did not go unnoticed by the international media.

In 1997, the separation of her first husband led her to enter a deep depression that led to a suicide attempt. She inhaled carbon monoxide from her car and had to be hospitalized urgently.

Over the years, he would go back into depression after his second divorce, but this time, in a much less aggressive way.

The story of Brooke Shields recalls that of Gwyneth Paltrow: the birth of her son Rowan in 2003 led her to enter a postpartum depression.

De Shields highlights the speed and integrity with which he knew how to deal with the problem. He would quickly return to the stage with Lipstick Jungle and the television series Hanna Montana.

The wife of Michael Douglas did not get rid of the depression either. He admitted having suffered from this disease together with a bipolar disorder a few years ago.

The funny thing was that this news was made public while announcing the cancer of her husband.

One of the most talked about cases in recent years. The charismatic actor orphaned the film world after committing suicide without apparent explanation.

Soon, the truth came to light, and that is that Robin Williams suffered from depression. He had relapsed from his addiction to cocaine and alcohol after overcoming it no more and no less than twenty years ago.

The young and beautiful actress died after having been engulfed in a series of problems.

During her last years of life, Brittany felt unable to find any kind of work, which led to depression, and later to anorexia. Finally, in 2009, she would be found dead at her home in Los Angeles.

Jean Claude Van Damme suffered long depressive episodes from his childhood. This led him to focus on training and sports.

When he grew up, he was officially diagnosed with severe depression. He even had a stage in which he fell into drugs where he tried to commit suicide.

The case of the death of the Oscar-winning actor did not go unnoticed by the international press.

Like Van Damme, the constant depressions he suffered from school led him to medicate and receive psychological treatment throughout his life. In addition, his addiction to heroin led him to break his last marriage.

According to his ex-wife, Oksana Grigorieva, the Hollywood mega-star would have tried to commit suicide on several occasions. The reason for this was the impulsive jealousy I felt.

Also Read: How to Prevent Suicide?

Oksana explained with the passage of time that these sudden attacks led him to depression.