A cerebral hemangioma is a type of vascular malformation characterized by clusters of dilated capillaries.

They usually appear in the  brain and spinal areas, although it is possible that it occurs in the retina or on the skin (Orphanet, 2014).

In the medical literature we can find several terms that refer to the same medical pathology, the cerebral hemangiomas (Angioma Alliance,  2016):

Cerebral hemangiomas can vary in size, from just a few millimeters to several centimeters in diameter, depending on the number of blood  vessels involved. In some cases, those affected may present multiple lesions, while others will not experience a related clinical picture  (National Institute of Neurological Disorders and Stroke, 2016). 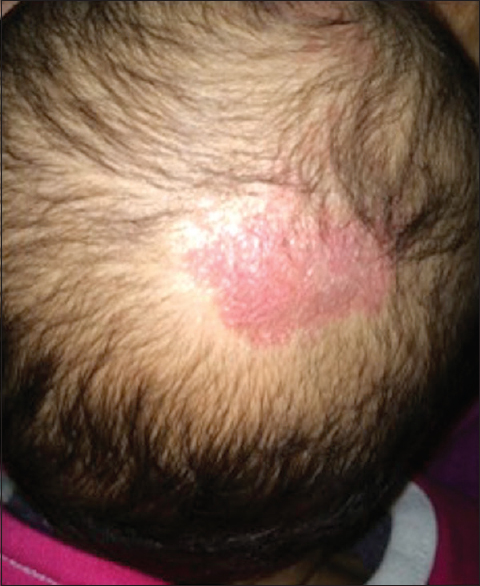 In the brain and spinal cord, these malformations, composed of very thin-walled capillaries, are very fragile and prone to hemorrhage,  causing hemorrhagic strokes, seizures and a wide variety of neurological deficits (National Institute of Neurological  Disorders and Stroke, 2016).

The signs and symptoms produced by this pathology will vary depending on the areas affected and secondary medical complications, however,  some of the most common symptoms include muscle weakness or numbness, difficulty speaking, difficulty understanding others,  headache severe, sensory changes, instability, convulsive attacks, repeated hemorrhages, etc. (Mayo Clinic, 2015).

What is a cerebral hemangioma?

The Angioma Alliance (2016) points out that a cerebral hemangioma or cavernous angioma is an abnormal grouping of blood vessels at the cerebral,  spinal or other areas of the body.

In addition, he notes that angiomas commonly have a structural configuration similar to a raspberry, composed of multiple bubbles (caverns),  which contain blood inside and are covered with a thin layer of cells (endothelium) (Angioma Alliance, 2016).

Due to both its shape and the lack of other support tissues, these blood vessels are prone to leakage and hemorrhage, leading to the  development of the clinical picture characteristic of this pathology (Genetics Home reference, 2016).

Although cavernous malformations can occur anywhere in the body, they usually only produce significant or more severe symptoms  when they develop in the brain or spinal cord (Genetics Home reference, 2016).

In addition, the clinical picture will vary depending on the number of vascular malformations, location, severity and size. In many cases, this  type of malformations can vary in size and number with the passage of time (Genetics Home reference, 2016).

Hemangiomas or cavernous angiomas are a type of brain malformation that can occur in any age group and equally in  men and women (National Organization for Rare Disorders, 2016).

Statistical studies show that this pathology occurs in approximately 0.5-1% of the general population, that is, approximately in  100-200 people (Angioma Alliance, 2016).

Regarding the age of presentation of the first symptoms, it is common that the clinical course begins to develop between 20 and 30 years  (Angioma Alliance, 2016).

What are the characteristic signs and symptoms of cerebral hemangiomas?

Around 25% of those affected by cavernous malformations or cerebral hemangiomas do not usually experience significant signs or health problems  related to this pathology (Genetics Home reference, 2016).

What is the most serious medical complication of cerebral hemangiomas?

As we have pointed out above, cerebral hemorrhages constitute the most serious and urgent symptom, since important transitory or chronic neurological deficits can be derived from it  .

Due to the absence of support tissues and the fragility of the capillaries that make up the cavernous malformation, they present a high  probability of bleeding.

The Angioma Alliance (2016) indicates that a cerebral hemangioma or cavernous angioma can bleed in different ways:

Although the risk of hemorrhaging depends on the size and severity of the malformation, all cavernous angiomas have a high  probability of bleeding (Angioma Alliance, 2016).

What are the causes of brain hemangiomas?

With regard to cerebral hemangiomas, two different forms of presentation of the pathology have been identified: familial and sporadic (Genetics Home  reference, 2016).

It is a hereditary form of cerebral hemangiomas and transmission from father to son is frequent. Normally those affected usually present multiple  cavernous malformations at brain level (Genetics Home reference, 2016).

The familial form of cerebral hemangioma represents approximately 20% of the total cases diagnosed and follows a dominant autonomic inheritance. The condition of this form has been associated with a genetic mutation in one of the following genes: CCM1, CCM2 or CCM3 (National Organization for Rare  Disorders, 2016).

Specifically, mutations of the CCM3 gene, lead to the development of the most severe form of cerebral hemangioma. Those affected are usually  diagnosed at an early stage of life and have the first hemorrhages in childhood, they can also have cognitive disorders,  benign brain tumors, skin lesions, etc. (National Organization for Rare Disorders, 2016).

Those affected by the sporadic form have no family history of the pathology and usually only have an isolated cerebral malformation (Genetics  Home reference, 2016).

Experimental investigations have also identified genetic factors related to the development of the sporadic form of cerebral hemangiomas  . Genetic mutations that are not heritable have been identified (National Organization for Rare Disorders, 2016).

Are there pathologies that increase the probability of suffering a cerebral hemangioma?

We should point out that up to approximately 40% of the cases diagnosed of cerebral angiomas sporadically develop in parallel to  another vascular anomaly, specifically the venous angioma (Angioma Alliance, 2016).

Venous angioma, or venous anomaly of development, is a venous malformation in which a radial formation of veins can be observed that ends in a  central or main that is dilated. When presented in isolation, without cavernous angioma, it does not usually lead to the development of  secondary medical complications (Angioma Alliance, 2016).

In addition to venous angiomas, cerebral hemangiomas can also develop associated with a type of lesion called ” hidden vascular malformations  “, since they are not visible in some diagnostic tests such as angiograms (Angioma Alliance, 2016).

How are brain hemangiomas diagnosed?

When signs and symptoms compatible with the presence of a cavernous malformation are detected, two diagnostic tests are usually used (The  Toronto Brain Vascular Malformation Study Group, 2016):

Both techniques are able to provide us images through brain sections and therefore allow medical specialists to locate the  presence of a brain angioma. Specifically, the magnetic resonance is able to provide us with a view of the hidden malformations of  cerebral angiograms, providing a high diagnostic accuracy (The Toronto Brain Vascular Malformation Study Group, 2016).

Therefore, magnetic resonance imaging is the standard diagnostic technique for cavernous malformations, since they are not easily detected  in computerized axial tomography or cerebral angiography (National Organization for Rare Disorders, 2016).

On the other hand, the use of genetic tests allows the identification of genetic mutations related to family and sporadic forms. Genetic tests  are recommended for those affected with a family history of the pathology or with multiple cavernous lesions (National  Organization for Rare Disorders, 2016).

Is there a treatment for cerebral hemangiomas?

In the therapeutic approach of cerebral hemangiomas it is fundamental to take into account the following factors (The Toronto Brain Vascular Malformation  Study Group, 2016):

Therefore, depending on these factors, different approaches can be used, such as pharmacological approaches to control seizures and severe headache attacks  .

Apart from this, the fundamental treatment of cavernous angiomas is limited to surgical procedures (The Toronto Brain Vascular  Malformation Study Group, 2016).

Normally, brain hemangiomas are treated by surgical resection or excision through a craniotomy, or cranial opening.

Although this type of microsurgery is safe thanks to the technical advances that allow the precise localization of the lesion, minimally interrupting  the rest of the functions, it also involves some risks such as: paralysis, coma and even death, although they are rare.

What is the prognosis of patients affected by a cerebral hemangioma?

If the affected person undergoes a surgical resection procedure, they usually leave the hospital a few days after the intervention and recover  a fully functional life.

Also Read: What is cognitive reserve?

Despite this, in cases where neurological dysfunction existed or develops later, the use of physical and / or neuropsychological rehabilitation will be necessary  to recover the altered functions or generate compensatory strategies.