The cognitive reserve is a system that tries to compensate the losses and neuronal atrophies suffered that occur as the person ages.

What is cognitive reserve?

Cognitive reserve, also called cerebral reserve, is defined as the ability of the brain to cope with the brain deterioration produced by normal aging or by some disease. 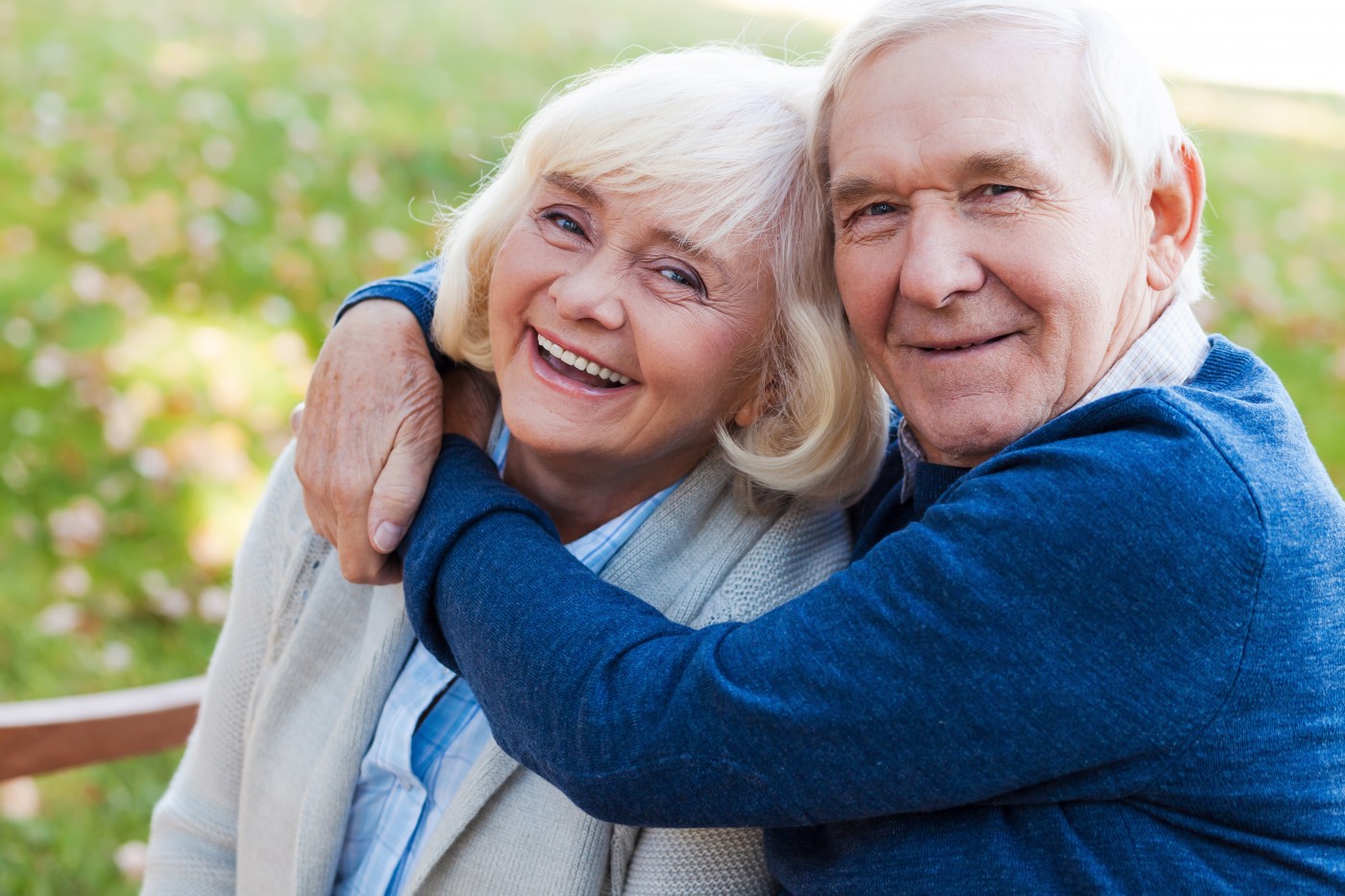 In this way, the reserve would diminish the effects of this brain deterioration in the behavior, limiting the cognitive impact that this could cause.

This concept emerged to explain why some people with the same age and the same neuronal damage did not have the same cognitive deficits. Some of these people, with severe neuronal damage, typical of some neurological disease, did not even have symptoms of having any disease.

Therefore, it seems that there is no direct relationship between brain damage and symptoms, there is another variable that should be intervening.

One of the first studies that tried to prove the existence of the reserve was carried out by Snowdon in 1997, in this study a community of American nuns participated and the results showed that the absence of cognitive deficits did not necessarily imply the absence of brain damage .

Since, in a brain @nalysis performed postmortem to one of the nuns were typical damages of Alzheimer’s disease (neurofibrillary tangles and senile plaques), however, this woman showed a correct cognitive performance until his death at 101 years.

That is to say, although his brain was damaged, he showed no symptoms of the disease, so the author concluded that there must be some mechanism to compensate for the cognitive decline that must occur as a result of brain damage.

The concept of reservation has changed quite a bit since the first time it was described. Currently, the existence of two theoretical models for the study of the reserve is considered. The first model to be developed was the passive model, which talks about the brain reserve, focuses on studying anatomical brain characteristics (number of neurons, brain size …).

The second model described more recently, the active model, speaks of the cognitive reserve and understands that the reserve acts in an active way by recruiting and modifying the preexisting connections so that they replace the connections lost due to brain damage.

According to this model, the important thing is the anatomical potential of the brain (its size, the number of neurons and the density of the synapses ). This potential would make up the brain reserve of the person.

People with greater potential will have a greater reserve and tolerate better and longer brain damage before showing any cognitive deficit.

In order to understand it a little better, I will explain it by giving an example of Alzheimer’s disease and using the following figure.

Alzheimer’s disease is neurodegenerative, which means that it progressively worsens with the passage of time. People with a greater brain reserve will begin to notice the symptoms of Alzheimer’s when the disease is more advanced and there is more brain damage, therefore, from the first appearance of the symptoms, the progression of the disease will be faster in the people with greater cognitive reserve.

Among the passive models we find the threshold model (Satz, 1993), which revolves around the concept of brain reserve capacity and assumes that there are individual differences in that capacity and that there is a critical threshold, after which, the person would manifest clinical symptoms. It is governed by three principles :

This model is usually studied with neuroimaging techniques, since they can be observed if there is brain damage indicating a disorder, even if the person has not manifested symptoms.

According to this model, the brain is not a static entity but it would try to counteract the brain deterioration produced by aging or by some disease.

The brain would alleviate these impairments thanks to its cognitive reserve that is described as the individual capacity to use cognitive processes and neural networks effectively, that is, it is not only important that there are many connections, it is also vital that these connections are efficient .

Two mechanisms have been proposed through which our cognitive reserve would act:

Not all of us have the same neural reserve, this depends on multiple factors, both innate and environmental (for example, the type and level of education). The neural reserve is measured in terms of capacity and efficiency.

Capacity refers to the degree of activation of a specific network to perform a specific task. The maximum capacity of a network would be shown when the difficulty of the task is so high that an increase in difficulty would not increase the activation of the neural network, the neural network would have reached its maximum capacity. This point would be evidenced in the person’s behavioral response since it would lower their effectiveness in the task.

There are times when efficacy does not go down because other neural networks are recruited and these help the original network to perform the task. This phenomenon is more frequent in people with a greater cognitive reserve.

Efficiency refers to the ability to enhance a task with optimal performance using the least amount of resources possible. So, if two people perform the same task optimally, the one with the greatest cognitive reserve will use fewer resources for it than the one with the least reserve.

To summarize a little these models, which are not exclusive, I leave the following comparison table.

Estimation of the reservation

Given the importance of the reserve, the need to determine the cognitive reserve of the patients before starting their treatment or of people who have a high probability of suffering a neurological disorder, for example, people with a family history, becomes patent. But how can we estimate a person’s reservation?

Thanks to some studies, three types of techniques have been validated to measure the reserve:

Variables that influence the reserve

At this point I guess you’ll ask how you can increase your reservation. In this section I will expose the factures that can help you increase it, therefore, we will not talk about innate variables, but variables that are acquired and, therefore, modifiable.

The following quote exemplifies very well what I want to convey in this section:

Education is one of the variables that affects the most studied reserve. Many studies have shown that education is a protective factor for the onset of dementia and cognitive deficits associated with aging.

In fact, low levels of education are considered an important risk factor for the development of neurodegenerative diseases such as Alzheimer’s disease.

This variable is usually measured through clinical interviews and specific questionnaires such as the Life Experiences Questionnaire or the Questionnaire on Cognitive Reserve Variables developed by Arenaza-Urquijo and Bartrés-Faz.

Along with education occupation is usually evaluated, it is measured through scales that range from unskilled work to high responsibility positions such as managers.

Many times, both education and occupation depend on other variables such as socioeconomic level, therefore, it is also necessary to investigate other factors that the individual can control to increase their cognitive reserve.

Another of the factors studied to evaluate reserve is the IQ or IQ, to measure it tests or standardized questionnaires are used. Although it has been proven that IC is highly heritable, it also depends on other acquired factors such as education and experience.

But it seems that the evaluation of IQ with tests and questionnaires is more reliable to predict the development and cognitive decline of the person than the neuroimaging tests.

Activities that stimulate us mentally such as reading, writing, playing an instrument, and socially related, have been shown to be a protective factor against the development of dementias, even if they begin to occur when the person is already an adult.

In some studies it has been found that people who perform this type of activity are 50% less likely to develop dementia. In addition, they protect the person against the decline of age, maintaining their cognitive performance for longer. Therefore, it is highly recommended to carry out this type of activities.

In addition to mental activity, physical activity also seems to be important. Many studies suggest that physical activity is a potentially beneficial factor against the deterioration associated with old age and the development of dementias.

There are several mechanisms that could explain this effect, since physical exercise decreases some risk factors for developing dementias such as cardiovascular diseases and oxidative stress, also increases the production of trophic factors (maintenance and strengthening of neurons and their connections) , neurogenesis (production of neurons) and functional plasticity.

These effects of the exercise have been proven with magnetic resonance tests . For example, in one study two groups of elderly people were compared, one group performed aerobic exercises on a regular basis for 6 months and the other did not. In the first group, an increase in brain volume was found, both in the white matter (connective material and glial cells ) and gray matter (neurons).

In another study it was found that the effect of performing physical and social activities, in terms of protection against dementia and neural decline, was similar to the effect of education. With which we can conclude that cognitive and physical stimulation is equally important.

So, as this famous quote tells us, the important thing is Mens sana in corpore sano.

If you want to know more about lifestyles, psychological aspects and risk factors that modulate the clinical presentation of Alzheimer’s disease, I recommend that you watch the following documentary.