The Paruresis  is a psychological disorder that prevents or hinders urination in public or private bathrooms, especially if there are other people nearby.

If you have paruresis, you will avoid going to the bathroom in restaurants, discos, airports or other public places, where it is highly probable that there are other  people urinating by your side, even if there is a screen in between.

Even if your case is severe, you will avoid going to the bathroom in a relative’s house, or in your own home if you have visitors. 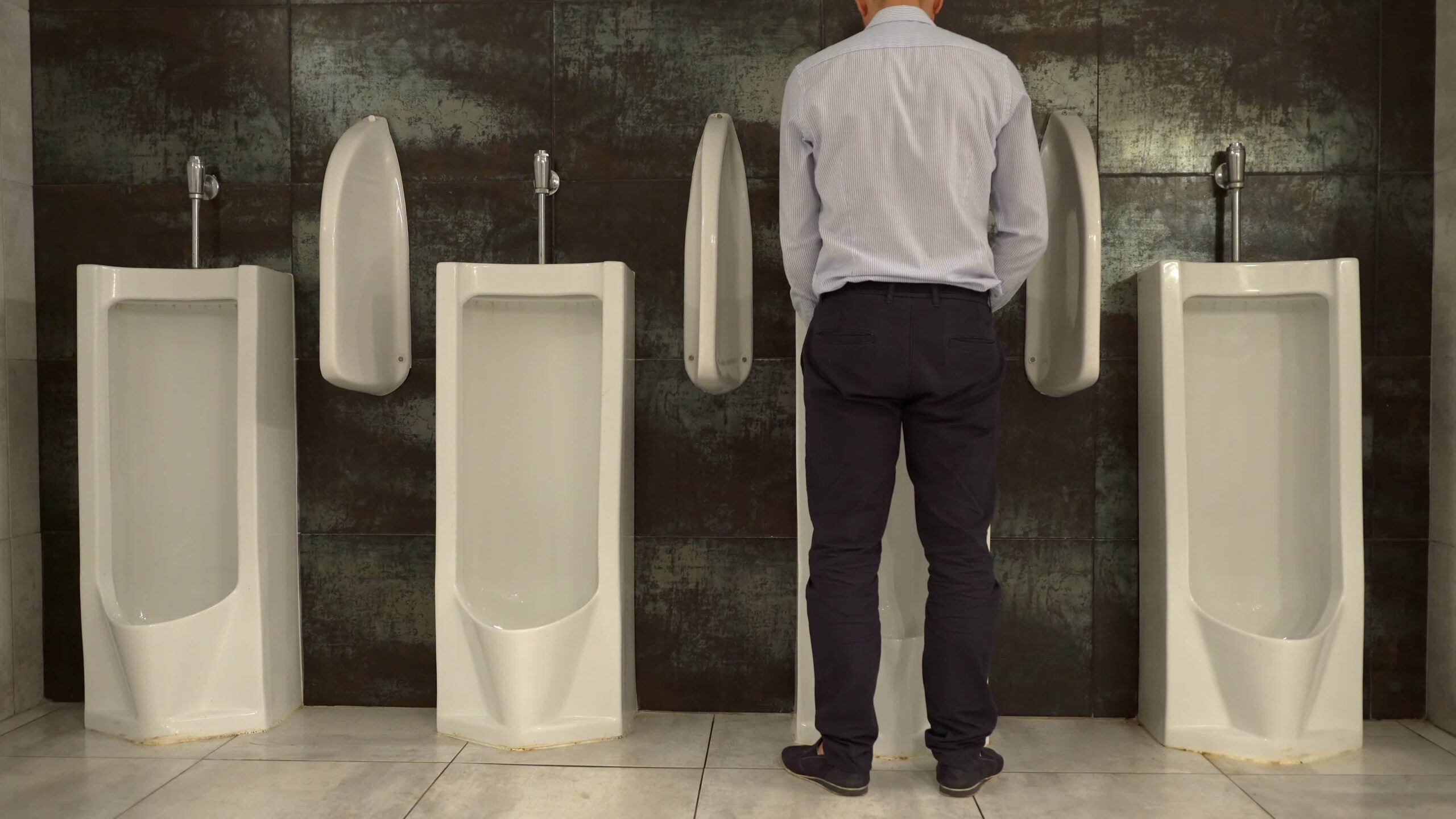 Alterations during urination may vary according to the degree of paruresis. Some people suffer a more or less long wait for the onset of urination  (mild paruresis) and others directly can not urinate at all (severe paruresis).

What happens is the following: people affected by this disorder feel a lot of stress and anxiety when they have to urinate in public or private bathrooms  , when they have other people nearby.

This anxiety prevents or hinders the voluntary sphincter of the urethra from relaxing, and therefore urine output is also hindered or impeded.

Some researchers believe that paruresis could be a special manifestation of social phobia.

Problems urinating near other people usually begin at puberty, following a traumatic experience, high stress, or an  extremely shy and introverted personality, with low self-esteem and inferiority complex.

It is also possible that their parents or others have made them feel very embarrassed, have suffered bullying in the bathroom, or have suffered  sexual abuse.

Many people who have gone through this type of situation have not developed paruresis, which indicates that there are other factors that influence, such as  a physical or psychological predisposition.

Whatever the case, after the traumatic situation that generates the disorder or the first bad experience when wanting to urinate in a public service, the  subconscious relates these negative emotions to the fact of urinating in the presence of other people.

Thus, who suffers from paruresis begins to avoid public baths and the problem remains or worsens, if an adequate treatment is not followed.

In a large number of cases, those affected by this disorder think that the other people present near them in the bathroom are watching them or making  fun of them.

On the other hand, many people are ashamed to talk about this problem, because they feel they will not be understood.

But remember, it is a very common problem (it is believed that it affects 10% of the population), therefore there are millions of cases around the world and most of  them have a cure. Surely yours too, and you have nothing to be ashamed of.

These are some of the frequent behaviors in people with paruresis:

If you have problems urinating, of course you should consult the doctor and rule out any underlying organic problems, such as a urinary infection, kidney stones  or prostate problems in the case of men.

But basically, if you can pee without problems in the privacy of your home but have difficulty doing it in a crowded public bathroom, then it  is likely that you have paruresis.

If you have this problem, surely you have already started to avoid certain situations, such as long trips for example.

If you are not able to urinate anywhere other than your home, you may start avoiding social gatherings and going out to a restaurant or movie theater for  example.

Or maybe you urinate before leaving home, then when you have to go out you do not drink almost any liquids and you hold back the desire to urinate until you get  back home.

But this is not good for your health: surely these situations cause you a lot of stress and anxiety.

So if you have paruresis (a condition also known as “shy bladder” or “urinary psychogeny”), it is best to start looking for a solution  today.

Fortunately, paruresis can be cured in most cases. These are the two most effective treatments.

Some studies indicate that 8 or 12 sessions of this type of therapy, or a one-week workshop, helps 4 out of 5 people with paruresis.

Cognitive behavioral therapy is a treatment that combines two aspects.

The first is the cognitive aspect of the problem. The person who has paruresis often believes that other people will observe them or make fun of them  while urinating.

Do not forget that this condition is considered a form of social phobia. Social phobics are very sensitive to the noises and smells that they  produce and when they have to urinate near other people, they fear being criticized for this.

During sessions of cognitive psychological treatment the therapist tries to banish these irrational fears and substitute negative thoughts  for more rational positive ideas.

The second aspect is behavioral. It is about modifying the behavior of the person through gradual exposure, so that he manages to dominate the anxiety  and urinate in a public bath, as explained below.

Some people do not need cognitive therapy, especially if the paruresis they suffer is mild.

Simply by gradually exposing yourself to the object of your fear and seeing that you are successful in urinating near other people and that nothing bad happens, the symptoms  begin to disappear.

Ideally, this exhibition should be guided by a psychotherapist, especially in cases of severe paruresis.

But if your symptoms are not too intense, then maybe you can overcome the anxiety yourself, without the help of another additional therapy, and so that you can  do it, we will give you some advice:

You should practice this treatment frequently, if you can several times a week and for as long as necessary.

Ideally, each “session” lasts about an hour and includes 15 or 20 attempts to urinate with people nearby. That’s why at the beginning we advised you to  drink plenty of fluids before you started.

You can also drink liquids during each session, to always have the sensation of urinating urgently.

If one day you succeed and the next day you do not get or you have a hard time urinating, do not worry, the swings in the results are normal.

One more tip before finishing this section: do not move too fast, go slowly exposing yourself to the proximity of people and public baths more  crowded.

And remember: if you also have problems urinating at home, you have to consult a doctor urgently, it could be an infection or an  obstruction of the urinary tract.

The results of these studies were published in the Journal of the American College Health Association.

If you have difficulty urinating in certain conditions but this does not affect your life much, then paruresis may not be a problem for you.

Then, when the person improves self-confidence, the object of their fear loses strength, loses its power and the symptoms improve or disappear.

This condition has been referred to in many famous TV series. At NCIS Los Angeles , Eric confesses that he has difficulty urinating in public when he is notified that he must wear a microphone on a  covert mission.

The Mitchell character of Modern Family recognizes a chapter that has “shy bladder” and therefore, can not urinate anywhere.

And the most comical of all: in Two and a Half Men, Charlie can not pee in front of his girlfriend, although she was waiting by the
door, outside the bathroom. “I can not do it under so much pressure,” Charlie said. But then his girlfriend sings “the pee song” that his mother taught him and  this is very helpful. “It’s working!” Charile shouted.

In short, do not let paruresis dominate your life and fill you with fears and traumas. There are millions of people in the world who have your same problem and  are working to overcome it.

Use the gradual exposure exercises that we have described or seek professional help, until the paruresis is no longer a problem and you can urinate  freely when and where you feel like it.