There is a wide variety of medical disorders that may occur with myelin involvement, among which Multiple Sclerosis is the most frequent and known, however, there are also others that are common or frequent in the general population  : acute disseminated encephalomyelitis, Baló’s skeletal sclerosis, neuromyelitis optica, persistent transverse myelitis, etc. (Bermejo Velasco et al., 2011). 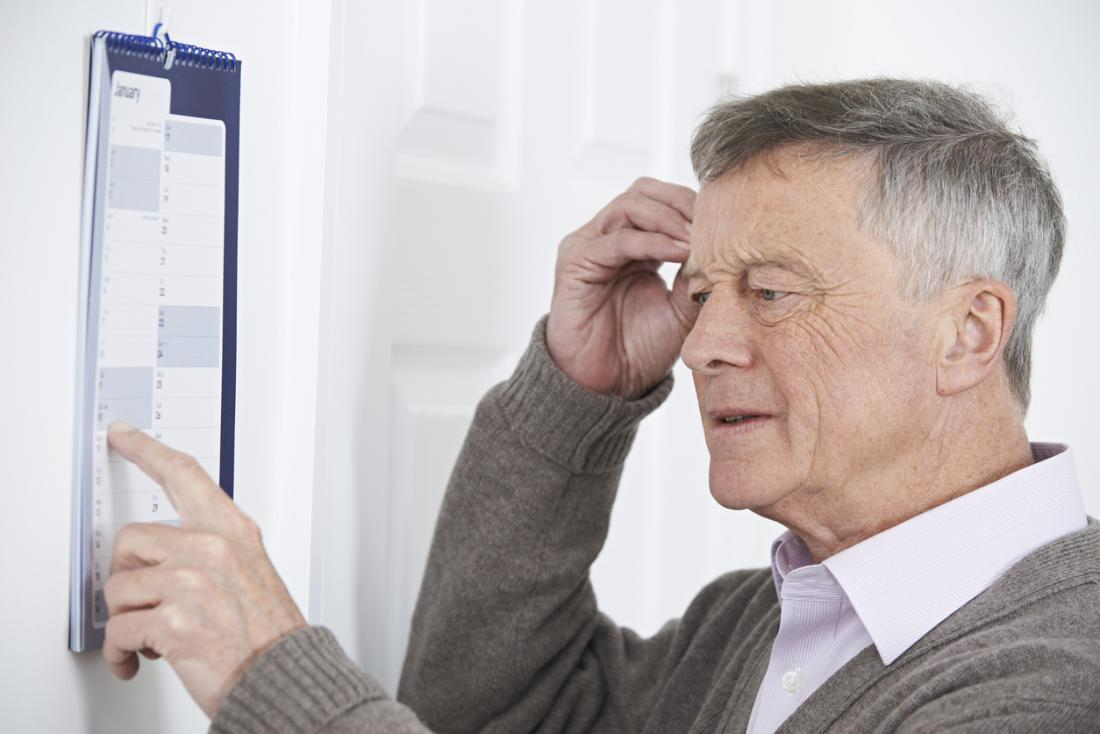 What is a demyelinating disease?

A demyelinating disease is any condition that results in damage or injury to the protective covering or  myelin sheath that rolls the nerve fibers in the brain and spinal cord (Mayo Clinic, 2014).

When nerve cell cover is damaged, nerve impulses will begin to circulate in a slowed manner, even stopping and  , therefore, causing a wide variety of neurological signs and symptoms (Mayo Clinic, 2014).

The nerve cells send and receive messages constantly from different body areas to the brain centers responsible for the  processing and elaboration of responses (HealthLine, 2016).

In large part of the nerve cells, different areas are coated with myelin (HealthLine, 2016).

The myelin is a membrane or protective layer containing large amounts lipids and essential function is to isolate the axons of  nerve cells in the extracellular environment (Clarck et al., 2010).

This sheath or myelin sheath allows impulses and nerve signals to be transmitted quickly between different cells (National  Institutes of Health, 2016).

There are several diseases that can damage myelin. Demyelinating processes can slow down the flow of information and cause structural damage  to the axons of nerve cells (HealthLine, 2016).

Depending on the area where the involvement of myelin and axonal damage occurs, the various demyelinating disorders can cause problems such as  sensory deficits, motor, cognitive, etc . (HealthLine, 2016).

Diseases des myelinating are those conditions in which there is a pathological medical condition that is affecting myelin
healthy (Bermejo Velasco et al., 2011).

On the other hand, dysmyelinating diseases or leukodystrophies are those conditions in which there is
inadequate or abnormal formation of myelin (Bermejo Velasco et al., 2011).

What are the most common demyelinating diseases?

The most common demyelinating disease is multiple sclerosis , but there is other as encephalomyelitis ,   the NMO , optic neuropathy or transverse myelitis also have representation  clinic in the general population.

Specifically, in multiple sclerosis there is a progressive deterioration of the myelin sheath of nerve cells from different areas  (National Multiple Sclerosis Society, 2016).

How often is it given?

It is one of the most frequent neurological diseases among the young adult population that is between 20 and  30 years old (Multiple Sclerosis Spain, 2016).

It is estimated that approximately 2,500,000 people suffer from multiple sclerosis worldwide, while the estimated figure for Europe is 600,000  cases and for Spain 47,000 cases (Multiple Sclerosis Spain, 2016).

What are the signs and symptoms characteristic of multiple sclerosis?

The signs and symptoms of multiple sclerosis are widely heterogeneous among different cases and vary fundamentally depending on the areas  affected and severity (Mayo Clinic, 2015).

What is the cause of multiple sclerosis?

As we have pointed out previously, multiple sclerosis is classified within the group of inflammatory and demyelinating diseases.

The specific causes of multiple sclerosis are not known exactly, however it is thought that it may have an autoimmune origin, that is, it is  the patient’s own immune system that attacks the myelin sheaths of the nerve cells (Neurodidacta, 2016)

Despite this, the most accepted hypothesis is that multiple sclerosis is the result of different variables such as genetic predisposition and environmental factors  that, in the same person, originate a wide spectrum of alterations in the immune response, which in turn would be the causing the  inflammation present in MS lesions (Fernández, 2000).

How is multiple sclerosis diagnosed?

The diagnosis of multiple sclerosis is made through the consideration of different clinical criteria (presence of signs and symptoms),  neurological exploration and different complementary tests such as magnetic resonance imaging (Fernández, 2000; Ad-hoc Committee of the group of  diseases). demyelinating, 2007).

Is there a treatment for multiple sclerosis?

Although there is treatment for multiple sclerosis, mainly symptomatic, a cure for this demyelinating disease has not been identified  .

The therapeutic interventions are mainly oriented to (Mayo Clinic, 2015):

What is acute disseminated encephalomyelitis?

Acute disseminated encephalomyelitis (EAD) is a neurological condition in which different inflammatory episodes at the cerebral and spinal level  cause severe damage to the myelin sheath of nerve fibers (National Institute of Neurological Disorders and Stroke, 2016).

The encephalomyelitis acute disseminated is a condition that can affect anyone, however, is much more prevalent in the population  pediatric (National Organization for Rare Disorders, 2013).

The most frequent age of presentation ranges between 5 and 8 years and affects both sexes equally (National Organization for Rare Disorders, 2013).

What are the signs and symptoms characteristic of acute disseminated encephalomyelitis?

The clinical course is of rapid onset and is characterized by the presentation of symptoms similar to those of encephalitis: fever, headache, fatigue,  nausea, convulsive episodes and in some severe cases, coma (National Institute of Neurological Disorders and Stroke, 2016). .

On the other hand, lesions in nerve tissues can also cause a wide variety of neurological symptoms: muscle weakness, paralysis,  visual deficits, etc. (National Institute of Neurological Disorders and Stroke, 2016)

What is the cause of acute disseminated encephalomyelitis?

Acute disseminated encephalomyelitis is usually the product of an infectious process. Approximately between 50-75% of cases the disease is  preceded by a viral or bacterial infection (Cleveland Clinic, 2015).

Normally, acute transverse encephalomyelitis appears about 7-14 days after an infection that affects the upper respiratory tract and presents with a  cough or sore throat (Cleveland Clinic, 2015).

On other occasions, this pathology occurs after a vaccination (mumps, measles or rubella) or after an autoimmune reaction, although it is less  frequent (Cleveland Clinic, 2015).

How is disseminated acute encephalomyelitis diagnosed?

The diagnosis of disseminated acute encephalomyelitis is based on the identification of the characteristic clinical symptoms, the detailed @nalysis  of the clinical history and the use of some diagnostic techniques such as magnetic resonance imaging, immunological tests and metabolic tests  (National Organization for Rare Disorders , 2013).

Is there treatment for acute disseminated encephalomyelitis?

For the treatment of acute disseminated encephalomyelitis, antiinflammatory drugs are usually used to reduce inflammation of the brain areas  (National Institute of Neurological Disorders and Stroke, 2016).

Generally, those affected usually respond well to intravenous corticosterolds such as meltiprednisolone (National Institute of Neurological  Disorders and Stroke, 2016).

What is neuromyelitis optics?

The NMO (NMO) or Devic disease is a demyelinating disease that affects the central nervous system (Cleveland Clinic,  2015).

Specifically, optic neuromyelitis causes a loss of myelin in the optic nerves and in the spinal cord (Cleveland Clinic, 2015).

Is neuromyelitis optica a frequent pathology?

Neuromyelitis optica is a rare medical condition, its prevalence is estimated around 1-2 cases per 100,000 inhabitants (Institut  d’investigacions Biomèdiques Agust Pi I Sunyer, 2016).

Regarding its distribution by sex and age, it is more frequent in women than in men with a ratio of 9: 1 and the characteristic age of presentation is  around 39 years (Institut d’investigacions Biomèdiques Agust Pi I Sunyer, 2016).

What are the characteristic signs and symptoms of optic neuromyelitis?

What is the cause of optic neuromyelitis?

The cause of neuromyelitis optica is unknown, however, there are cases in which the clinical course occurs after suffering from an  infection or autoimmune disease (Mayo Clinic, 2015).

In many cases it is diagnosed as part of the clinical symptomatology characteristic of multiple sclerosis (MS) (Mayo Clinic, 2015).

How is optic neuromyelitis diagnosed?

In addition to the clinical examination, the use of magnetic resonance for the detection of nerve damage or the @nalysis of cerebrospinal fluid,  oligoclonal band test or blood @nalysis is usual (Cleveland Clinic, 2015).

Is there a treatment for optic neuromyelitis?

There is no cure for neuromyelitis optics, however there are pharmacological therapies for the treatment of outbreaks or symptomatic attacks  (National Institute of Neurological Disorders and Stroke, 2016).

Generally, patients are treated with immunosuppressive drugs (Institut d’investigacions Biomèdiques Agust Pi I Sunyer, 2016). It is also possible to  use plasmapheresis or plasma exchange in people who do not respond to the usual treatment (National Institute of Neurological Disorders and  Stroke, 2016).

In cases in which physical disabilities are significant, the use of combined therapeutic strategies will be fundamental: physiotherapy,  occupational therapy, neuropsychological rehabilitation, etc. (National Institute of Neurological Disorders and Stroke, 2016).

What is transverse myelitis?

The transverse myelitis is a condition caused by inflammation of various areas of the spinal cord (Jhons Hopkins Medicine, 2016).

Outbreaks or inflammatory attacks can cause significant damage to the myelin of the spinal nerve fibers, injuring or even destroying it  (National Institute of Neurological Disorders and Stroke, 2012).

Is transverse myelitis a frequent disease?

Transverse myelitis is a disease that can affect any person in the general population, however, there is a peak of prevalence between  10 and 19 years and between 30 and 39 years (National Institute of Neurological Disorders and Stroke, 2012).

Although there are few data on the prevalence and incidence rates of transverse myelitis, some studies estimate that approximately 1,400 new cases occur in the United States every year  (National Institute of Neurological Disorders and Stroke, 2012).

What are the characteristic signs and symptoms of transverse myelitis?

The most common symptoms of transverse myelitis include (Mayo Clinic, 2014):

What is the cause of transverse myelitis?

The specific causes of transverse myelitis are not yet known exactly. Clinical reports indicate that in many cases spinal inflammation  is the product of primary infectious processes, immunological reactions or reduction of medullary blood flow (Christopher and Dana Revee Foundation,  2016).

In addition, transverse myelitis may also appear secondarily to other pathological conditions such as syphilis, mumps, Lyme disease or  vaccination of varicella and / or rabies (Christopher and Dana Revee Foundation, 2016).

How is transverse myelitis diagnosed?

The diagnosis of transverse myelitis is similar to that of other demyelinating diseases (National Institute of Neurological Disorders and Stroke,  2012).

Is there a treatment for transverse myelitis?

The treatment of transverse myelitis is mainly pharmacological. Some of the most common interventions include (Mayo Clinic, 2014; Jhons  Hopkins Medicine, 2016): intravenous sterolds, plasmapheresis, antiviral medication, etc.

On the other hand, non-pharmacological interventions include physical therapy, occupational therapy and psychotherapy (Jhons Hopkins Medicine, 2016).