The  cognitive rehabilitation refers to a series of mental exercises performed on an ongoing basis and under the organization, planning and supervision of a professional (neuropsychologists, psychologists, occupational therapists …), specialized in this area will influence recovery or Improvement of a person who has suffered brain damage.

Expressed in metaphorical terms, we could make the simile that cognitive rehabilitation would be like a “mental gymnastics” for the brain, what a physical rehabilitation for a part of the body that is injured.

It has been shown after several research studies that changes in brain activation are significant following effective cognitive rehabilitation.

We must not forget that rehabilitation must be done through teamwork, keeping in mind at all times the existence of three figures that become essential in a rehabilitation treatment. First the patient, secondly the family and thirdly a team of professionals working from a multidisciplinary perspective.

Who is cognitive rehabilitation aimed at?

The cognitive processes that are going to be intervened are: language, memory, attention, praxis, gnosis and executive functions. In addition to the importance of intervening in problems of anosognosia , lack of awareness of the deficits, and always taking into account that the treatment  should be directed to an intervention that integrates the three spheres of the “bio-psycho-social” person, who go To be always interrelated. 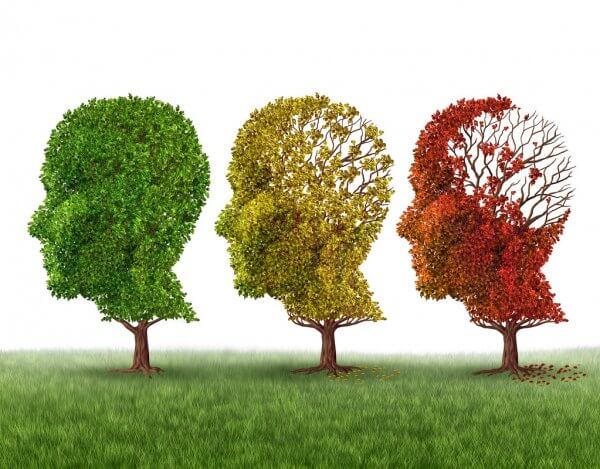 What were the first approaches to cognitive rehabilitation?

It was in Germany at the beginning of the last century, when a psychologist and neurologist named Walther Poppelreuter, began researching with surviving soldiers of the First World War, which left its mark on some ex-combatants in the form of brain damage.

From this moment, Propperleur began to investigate and contrast that the performance of certain cognitive training activities in people who had suffered brain damage, improved the performance in the psychometric tests of these soldiers.

From the studies of Poppelreuter began to give importance to these types of techniques, which could be carried out to improve the recovery process in a brain damage or, as we will see, slow down a neurodegenerative process.

Is cognitive rehabilitation and cognitive stimulation the same?

Several authors make explicit the differentiation between these two terms. At the conceptual level, rehabilitation would refer to a recovery of function, and on the other hand the stimulation would be more directed to a maintenance or exercise of that function.

A clear example of the differential use of these two terms is seen in the treatment of neurodegenerative diseases (as it would be in the case of dementia among others), where experts say it is more appropriate to refer to a cognitive stimulation.

Being a degenerative process does not recover the function, but the objective would be focused on slowing down the process of degeneration of the disease and minimizing the effects that are going to reflect in the cognitive functions of the person.

The importance of brain plasticity when we talk about cognitive rehabilitation

Also Read: What is the difference between extroverts and introverts?

The brain plasticity is a characteristic of our brain by which after organ damage, our brain is able to regenerate and reorganize even spent several months after the damage suffered.

The brain is more plastic depending on the age of the person, there being an inverse correlation with brain maturity, ie, the brain will be more plastic at younger ages.

It should be noted that in recent studies related to brain plasticity, it has been shown that our brains continue to maintain this capacity, although in a lesser proportion over the years. However, cerebral plasticity is still present in people with more advanced ages.

What are the objectives of cognitive rehabilitation?

First, we must take into account our expectations, variables and prognostic factors, since there will be many causes that will condition cognitive rehabilitation.

Some of these factors refer to age, clinical picture, interval between injury and rehabilitation, the presence of a disorder associated with brain damage and personal motivation, among other factors.

The main objectives are: to reduce the cognitive deficits that occur after the brain injury, to favor an integration in the different areas of the life of the person, to maximize the degree of autonomy and independence of the person, to train in strategies as in Learning without error, visualization, spaced recovery, etc.

All these objectives in order to increase the quality of life of the patient as well as their relatives and caregivers.

Use of “pencil and paper” cards, what is known as traditional cognitive rehabilitation, where the person performs exercises through writing,  reading, cancellation … depending on the cognitive ability that you want to work.

The latter provide some advantages compared to traditional stimulation, since it is possible to work with more attractive and motivating stimuli for patients and at the professional level, the accuracy of some variables such as the exposure or reaction time and the recording can be more easily controlled  Of the quantitative level.