The psychological profile of a psychopath traits is characterized by a deficit in the control of impulses, absence of feelings of guilt or shame and problems of adaptation to social of psychopath traits and moral norms.

The Psychopathy is a disorder commonly misunderstood personality of a psychopath trait; Is usually associated with serial killers. Although some of these people become perfect killers, since they are blameless for the crimes they commit, most are integrated into society.

Learning to identify psychopathic personality traits is important, as we might be interacting with a person with this disorder without knowing it. Psychopaths often manipulate other people to get what they want without scruples, and relationships with them are often very toxic and harmful.

Robert Hare, a doctor of psychology and researcher in the field of criminal psychology, developed a list of traits called The Hare Psychopathy Checklist to identify people with this disorder. This article will describe the characteristics of psychopaths to learn to identify them.

Robert Hare conducted investigations with criminals for more than four decades, devoting most of his studies to psychopathy. In principle, he developed the list as a tool to determine how long a prisoner should remain. The degree and amount of psychopathic traits that an individual will present had a decisive role in determining how many years he would be in jail.

20 profile traits of a psychopath according to Hare

Locutility implies having verbal ease, being an entertaining conversationalist. These people have answers for everything, often ingenious and intelligent, and are able to narrate very interesting stories that will hook the listeners.

They are charming, polite and educated, not shy and never afraid to say what they think or what they want to say. They seem very extroverted people who tend to fall well to others.

They can also be attentive listeners; pretend to have empathy with the other person so that they develop confidence in them and make them more vulnerable, so that later they can manipulate it at will.

All this is just a mask. Psychopaths present themselves very well, very convincingly. They make others believe that they have very deep knowledge in many areas, when a more detailed @nalysis of the information they provide shows that their knowledge is only superficial. They often impress people by offering technical terms that the rest do not know.

2- Sensation of having a great self-worth

Psychopaths have a vision of themselves and their abilities and personal worth quite inflated. They are often stubborn and arrogant and believe that they are superior to other people. They are self-confident, bragging, never considered socially unsuccessful and do not care about their current situation.

They imply that if they have a problem, their current circumstances are the result of bad luck or events outside of them that they cannot control. They remarked a lot of skills they supposedly have, even if they fail to demonstrate them. They seem unconcerned about the contacts they have had with justice and do not seem to believe that this could negatively affect their future.

3- Need for constant stimulation and tendency to boredom

These people show an excessive and chronic need for novel and exciting stimulation, which leads them to carry out risky actions. People with this personality disorder often have low discipline when completing tasks, as they get bored with ease.

They do not get to last much in the same job, for example, or finish tasks that they consider routine. They find it difficult to keep their attention on monotonous activities or have no interest for them. When asked, they will describe academic activities and other ordinary activities as boring and tedious.

Psychopaths argue these customs by saying they like to seize opportunities or accept challenges. In fact, it is much more than this; really feel a need to take risks. This leads many of these individuals to use drugs, especially those that have a stimulating effect. 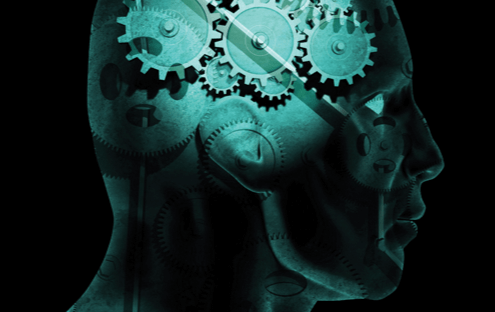 The degree of pathological lying can range from moderate to high. In moderate form, these individuals are simply astute, resourceful with what they say; In the extreme form, are deceitful, cheating, shady, manipulative and unscrupulous.

Lying and deceit are an essential part of psychopath interactions with others. Aside from feigning knowledge in many areas, they make promises that they do not follow, and statements that contradict their behavior. They have a great facility for lying and an absence of guilt about it.

They usually produce stories showing great confidence in telling them, so that the receiver does not usually doubt about their truthfulness. Moreover, when they are discovered a lie, they show no symptoms of shame; they simply reinvent the story or add elements to make it look more believable.

The use of deception to manipulate others is distinguished from the previous item in the list because it reaches excessive levels of ruthless cruelty. These people exploit unscrupulous others, with a lack of concern and empathy for the feelings and suffering of their victims.

Psychopaths manipulate people around them for personal gain at all costs. Sometimes the manipulation strategies used are very elaborate; other times they are quite simple.

Individuals always act with a lot of brazenness and unconcern. Sometimes, they use aliases to maintain their anonymity and to be able to defraud others more easily. They have a vision of other people as if they were excessively credulous and this gives them a reason to deceive and manipulate them.

6- Lack of remorse or guilt

People with psychopathic personality disorder have no feelings or concern for the losses, pain or suffering of their victims. They tend to be unconcerned, not to show passion, to be cold and not at all empathic. They show total contempt for their victims, claiming motives such as “it would be foolish not to take advantage of the weaknesses of others.”

Psychopaths do not seem preoccupied or show interest in the consequences of their actions or the effects of their behavior on others. Sometimes they may verbalize feelings of guilt to try to be empathic, but their actions do not match what they say.

If they come into contact with justice, they usually consider that the sentence given them is unfair or disproportionate, showing an unrealistic appreciation of the seriousness of the facts and an external attribution of their acts.

People with psychopathy suffer from a poverty of emotions and a very limited range of feelings. They may show warmth, but it is only superficial; In their interpersonal relationships are cold despite showing open symptoms of sociability. They show an inability to express intense emotions and, when they express some kind of feeling or emotion, it is dramatic and superficial.

On the emotional and sentimental scale of a psychopath we can find far more than rancor, anger, superficial emotional states of self-pity, vain and grandiosity attitudes, moody and indignant resentment. On many occasions, these people have great difficulty in describing what they feel.

8- Insensitivity and lack of empathy

This item describes a general lack of feelings towards the people and a cold, contemptuous, inconsiderate and tactless attitude toward them. These individuals seem totally unable to put themselves in the shoes of others and imagine the suffering they suffer from their manipulations and lies. If you ever see that others suffer because of you, it is never an affective appreciation, but purely logical, intellectual.

Psychopaths are selfish and derogatory. The contempt they feel towards other people leads them to describe themselves as “solitary,” “selective with people.”

Psychopathy leads these people to depend on others intentionally, manipulatively, selfishly and exploitatively. This dependence is caused by a lack of motivation, a very low discipline and the inability to take responsibility.

They may use threats to remain economically dependent on their family or acquaintances, or they may try to appear victims and persons worthy of support and help.

These people will use any excuse to not have to work and earn money for themselves. The use of others to sustain and survive is a persistent pattern in your life, not the result of circumstances that may be occurring at the time.

Psychopaths show many expressions of irritability, annoyance, impatience, aggression and verbal abuses : they fail to adequately control anger and anger.

They get annoyed easily and for issues that are not important and that are inappropriate according to the context. Their outbursts of anger are often brief and are negatively affected by alcohol.

The relationships of people suffering from this disorder are characterized by being brief, numerous, simultaneous, casual, informal and indiscriminate. They often have a history of attempts to force someone to have sex with them and are visibly proud of their sexual achievements.

Often, psychopaths have already shown a variety of dysfunctional behaviors before the age of thirteen, such as robberies, lies, vandalism, bullying , early sexual activity, fires, alcohol abuse, or break-ins. All these behaviors usually lead to expulsion from school or institute and may involve problems with the police.

The inability or persistent failure to develop and carry out long-term plans is another characteristic of these individuals. Their existence is usually nomadic, with no direction or purpose in their lives.

They do not care about the future nor do they seriously raise it; they live day-to-day and, although they may express an intention or desire to achieve an important job, they do nothing to achieve it. All of your goals describe short-term goals.

The behavior of psychopaths is not usually premeditated, it is rather unplanned. They have serious difficulties in resisting temptations, coping with their frustrations and the impulses of the moment.

They usually act spontaneously, without weighing the advantages and disadvantages of what they want to do or the consequences that will bring for them or for other people. Often, he will change his plans, break with his partner or leave his job suddenly and without explanation.

This item is characterized by a repeated failure to fulfill the obligations and responsibilities, such as not paying bills, missing classes or work or not keeping promises.

Also Read: What is Psychopathy?

Irresponsible behaviors of psychopaths can put others at risk (eg driving under the influence of alcohol).

16- Inability to accept responsibility for their actions

These people often have an excuse to explain their behavior. They deny their responsibilities and attribute the things that happen to external causes (society, their family, the legal system …).

Given their inability to maintain long-term goals, psychopaths tend to have lack of commitment relationships, reflected in a considerable number of them. Their interpersonal and loving relationships are inconsistent and of short duration (less than a year).

Psychopaths have often had problems with the law before the age of 18, almost always involving exploitation, manipulation and cruelty.

Sometimes these people are revoked by the probation authorities for having failed in the conditions to maintain it, such as committing illegalities or technical violations.

To conclude, psychopaths can have a very varied criminal career, which includes accusations or convictions for different types of crimes, such as: theft, armed robbery, drug-related offenses, assault, sexual offenses, criminal negligence and fraud. They are often very proud of having committed crimes without being discovered. 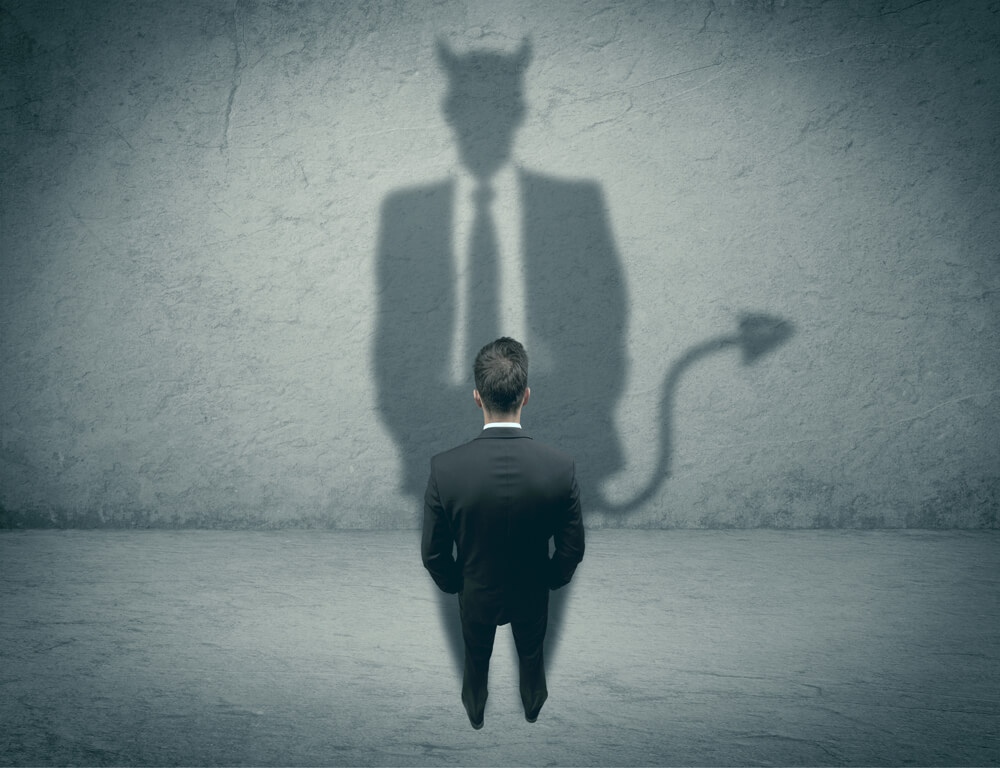