In figures, between 30% and 40% of individuals suffering from severe brain damage have altered levels of consciousness. The causes of these alterations can be diverse, and originate from focal or diffuse lesions, specifically in the brainstem or related structures, such as thalamus and association cortex (Mas-Sesé et al., 2015).

The most recent studies show that there is a significant increase in the number of patients with this type of condition after vascular lesions. This is due to the drastic reduction of the numbers of road accidents that were attended with serious head injuries.

In general, the figures tend to vary between studies, with 44% of cases of vascular origin and 72% of cases with a traumatic origin (Más-Sesé et al., 2015).

In Spain, the most frequent etiology is stroke, since 78% of the more than 400,000 people with acquired brain damage are due to this type of etiology (Mas-Sesé et al., 2015).

In addition, the suffering of this type of alterations represents a serious medical urgency. Correct diagnosis and treatment is essential to prevent them from triggering irreversible injuries or even death (Puerto-Gala et al., 2012)

The term consciousness is defined as the state in which an individual has knowledge of himself and his environment (Puerto-Gala et al., 2012). However, in consciousness, the terms of arousal and awarness are essential in their definition.

When we refer to altered consciousness, we can refer to both the level of activation or vigilance as well as the ability of the patient to interact with the offender.Therefore, an individual may present an alteration of level and present a state of dizziness, stupor or  coma or present a content alteration presenting a disorientation, with or without delusional type ideas (De Castro, 2008).

Up to about mid-twentieth century no precise descriptions of alterations of consciousness were found beyond the early descriptions of Ronsenblath in 1899. It was in the 1940s that multiple references to these states began to appear with the discovery of structures of formation Reticular of brainstem (Mais-Sesé et al., 2015).

Thus, the role of the RAAS (reticular activating ascending system) in the regulation of alert levels was highlighted. The ability to stay awake will depend on the correct functioning of the structures that make up this system (De Castro, 2008).

The capacity of human beings to think, perceive, respond to stimuli is due to the functioning of the cerebral cortex, but this will not show an efficient execution if the participation of other structures and without the maintenance of a state of Alert. When we are sleeping, it is necessary for the RAAS to activate the cortex to wake us up (Hodelín-Tablada, 2002).

Any injury to the structures that make up it will lead to a decrease or loss of the level of consciousness (Castro, 2008). Consciousness is impossible if SRRA is seriously injured or harmed (Hodelín-Tablada, 2002). 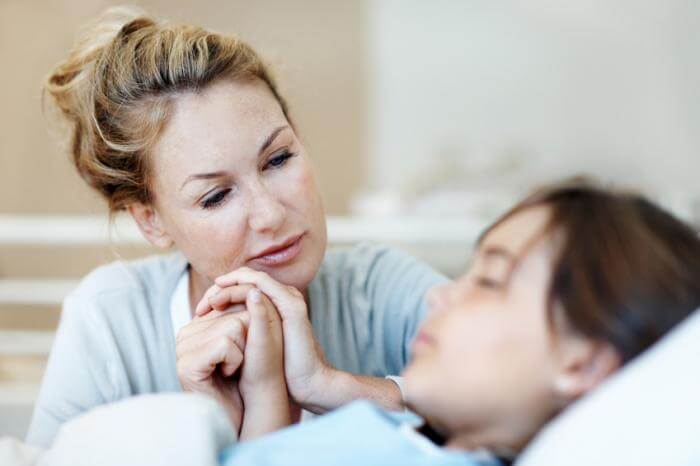 The absence of response is not always comparable to a total loss of consciousness. For example, babies with botulism do not show any response to stimulation, but are nevertheless on alert (Puerto-Gala et al., 2012).

The term coma is used to define a state of diminished level of consciousness characterized by the absence of responses to external stimuli.

Normally, the individuals present in a closed-eyes state, with no signs of voluntary behavior or response to orders or any type of stimulation (Leon-Carrión, Domínguez-roldan, & Domínguez-Morales, 2001).

Coma, from its definition, originates from a structural or functional (metabolic) dysfunction of the ascending reticular reticular system, but may also be the consequence of diffuse cortico-subcortical damages (De Castro, 2008).

Also Read: How Do You Learn the Human Brain?

Therefore, in the etiology of the coma can be distinguished numerous alterations that will give rise to the suffering of this one:

Thus, these factors will cause a comatose situation when they affect large areas of the diencephalon and brainstem, and / or in the cerebral hemispheres. There is evidence that the most common causes of coma are diffuse axonal damage, hypoxia and secondary lesions that will affect the brain stem (Leon-Carrión, Domínguez-roldan, & Domínguez-Morales, 2001).

When an individual presents in a hospital emergency department with total absence of answers and without being fully aware, it is essential to control the physical conditions that may pose a risk before determining the degree of affectation and the type of altered consciousness Vital for the life of the person (De Castro, 2008).

In a situation of lack of awareness, the collection of information from people close to the affected individual will be essential: information about associated diseases, previous traumatic brain injury temporary course of altered consciousness, initial manifestations and place, drug consumption, Exposures to toxic, etc. (Puerto-Gala et al., 2012).

Once the conditions that require immediate treatment have been ruled out and the pathologies that pose a vital risk to the patient have been controlled, neurological assessment is performed (De Castro, 2008). The neurological assessment will explore: the level of consciousness the respiratory pattern, trunk-encephalic reflexes, eye movements and motor responses (Puerto-Gala et al., 2012).

When the individual is in the ICU (intensive care unit) the priority is the survival of the ICU. Medical treatment in the acute phase will include stabilization of the patient, control of preexisting medical problems and those caused by the situation, prevention of complications. Usually pharmacological and surgical treatments are used.

The prognosis of the evolution and recovery of the patients in coma is variable. In many cases, its survival is threatened by different complications in the acute phase (infectious processes, metabolic alterations, need for catheters and so forth, etc.) and in sub-acute phases (epileptic seizures, immobility, etc.) Sesé et al., 2015).

Nursing intervention is essential for the prevention of infections and complications, management of incontinence and nutrition (Mais-Sesé et al., 2015).

In the sub-acute phase, when the individual fails to emerge from the coma, an intensive neurological and neuropsychological intervention will be performed. The actions will be aimed at achieving an emergency from an altered state of consciousness to a higher one, through the use of multisensory stimulation that acts on three areas: somatic, vibratory and vestibular, trying to enhance the patient’s perceptual capacity (Mas-Sesé et al. Al., 2015).

In addition, the participation of a physiotherapist specialist will be essential for the control of muscular atrophy. Physiotherapy mainly involves postural control and maintenance of muscle tone and osteoarticular system (Mas-Sesé et al., 2015).

If the patient leaves the coma, it is likely that he may present significant neurocognitive, behavioral, affective, and social deficits. All of these will require specialized intervention (León-Carrión, Domínguez-roldan, & Domínguez-Morales, 2001).

When severe brain damage results in a loss of consciousness, urgent and specialized medical attention will be essential to control survival and future complications.

The condition of a coma situation is a very limiting condition not only for the individual but also for their relatives. In most cases, the family will have to receive support, guidance or even psychotherapy to deal with the situation (Mais-Sesé et al., 2015).

Whether the patient progresses favorably or whether the coma continues to lead to a persistent state, it will be essential for the family to work in a coordinated and organized way with medical and rehabilitation teams.