The craving is a subjective experience that is a strong desire or urge to consume certain substance or perform certain addictive behaviors.

“Craving” is an Anglo-Saxon term that translates into Spanish as “anxiety”, “querencia” or “appetite”. It refers to an irresistible desire, an obsessive thought or the search of relief before the withdrawal syndrome.

It works as a motivational incentive to re-consume the drug, since positive effects are expected.

Although it is a concept that emerged more than half a century ago, it has many definitions. However, the most used refers to the desire to re-experience the effects of a drug or psychoactive substance that is addicted to or has been consumed previously.

From this point of view, it is considered as the main cause of relapses in addicted persons, after episodes of abstinence from the substance. It seems to be the fundamental element by which the treatment of addictions is abandoned.

Craving can appear due to a wide variety of addictions. For example: with tobacco, alcohol, caffeine; illegal drugs like cocaine, m@rijuana, ecstasy. In addition to other addictions such as addiction to gambling, shopping, food (“craving”) or sex, among many others. 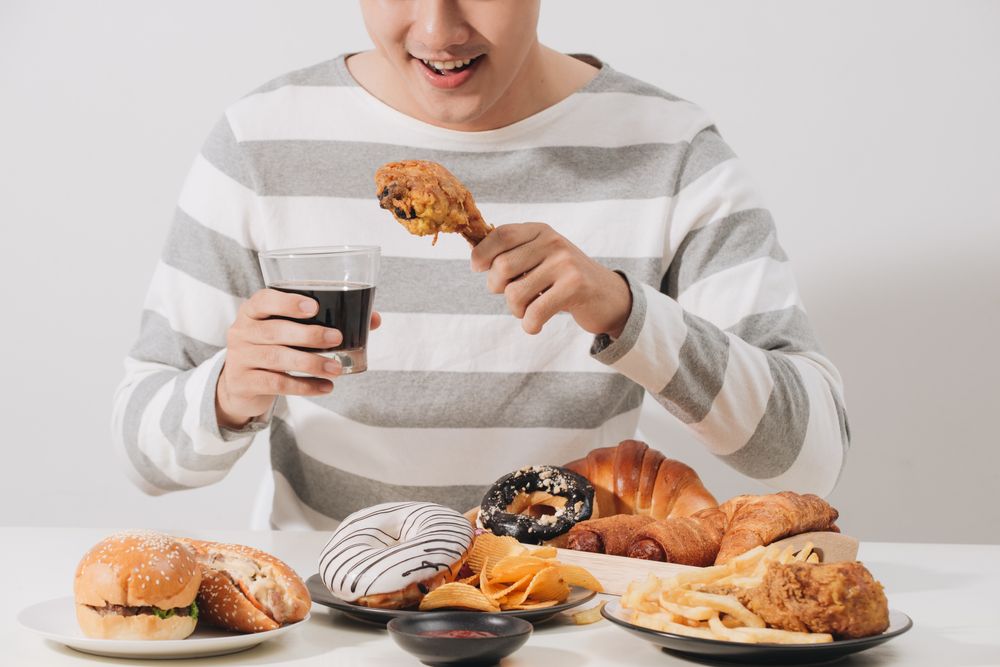 It has been observed that craving or the desire to consume a substance increases when the person is in situations related to that consumption. For example, in a person addicted to alcohol, craving can appear strongly when entering a bar.

Craving is a fundamental phase that addicts must accept and go through in order to overcome their addiction. Therefore, treatments focused on the abandonment of addictions are beginning to take into account craving.

Thus, it is important to detect, @nalyze, face and control the need to consume. Since, managing these aspects, the craving will disappear, ensuring that the person does not suffer relapses.

Some authors differentiate craving from impulse, indicating that the first consists in the desire to reach the psychological state produced by drugs (or addictive behaviors). While the impulse refers to the behavior of search or consumption of the substance. In that way, the goal of the impulse would be to reduce the craving state.

It seems that the first author who spoke of craving was Wikler in 1948. He described it as an intense urge to consume opiates in the abstinence phase. However, craving, in its beginnings, was used more in the explanation of alcohol dependence.

In 1955, the World Health Organization indicated that craving was characterized by the following behaviors: relapse, drug abuse, loss of control and excessive daily consumption. It was proposed that craving arose from psychological and physical needs, as well as from the need to interrupt abstinence.

However, until the 90s this phenomenon was not investigated rigorously. Recently, there is increasing interest in the @nalysis of craving. Different branches of psychology have tried to explain and take it into account for the investigation and treatment of addictions. Thus, there are models from cognitive psychology, behavioral psychology and neuroscience that try to explain the mechanism of craving.

However, the exact functioning of craving has not yet been clearly identified, since it supposes a subjective experience that varies in each person.

Some authors affirm the existence of four different types of craving:

Response to the symptoms of abstinence

This type of craving is what happens to people who use the drug very frequently. In these cases, the substance does not produce as much satisfaction as before, however, when they stop consuming it they feel great discomfort.

Therefore, craving appears as a need to feel good again and relieve withdrawal symptoms. For example, this is the type of craving that a person addicted to tobacco experiences when smoking to reduce their anxiety.

Response to lack of pleasure

This kind of craving corresponds to patients who want to improve their mood quickly and intensely. It would be like a way to self-medicate when they feel sad, bored or are not able to face certain situations.

Addicted people have learned to relate stimuli that were previously neutral with the reward or reinforcement produced by the consumption or addictive behavior. In this way, these separate stimuli could cause craving automatically.

Here we can place the example mentioned above of the person addicted to alcohol who tries to abandon consumption. Simply for that person to look at the bar from outside would produce desires to enter and consume alcohol. This is because they have linked the environment of a bar with the intake of alcohol.

This is the type of craving that is experienced when you want to increase a positive feeling. This happens because people have learned that certain behaviors produce great satisfaction if they are accompanied by drugs.

For example, this can happen to people who have found positive effects in combining drugs and sex. Then, it can happen that when they are going to have a sexual relationship, they feel craving to re-take the substance at that moment.

On the other hand, there are authors who distinguish other types of craving according to the withdrawal time of the addictive substance:

The desire would arise in the phase of consumption of the drug and would disappear when it was abandoned.

This is the craving that appears a month after leaving the habit or addictive behavior and appears by physical symptoms or thoughts.

Desire or desire resurfaces over two months after leaving the substance. It is characterized by discomfort and self-condemnation or self-deception that the drug is no longer desired.

Conditioned to internal and external signals

This is maintained up to two years after stopping consumption. Craving would be triggered by internal stimuli such as thoughts or feelings, and external stimuli, such as visual, olfactory or auditory signals from the medium that resemble drugs.

Several authors have tried to explain the phenomenon of craving from different perspectives. Currently, aspects of different models are often combined to achieve a more accurate explanation. The three main models are: the model based on conditioning, cognitive model and the neuroadaptive model.

Model based on conditioning

The theoretical models of conditioning are inspired by the classical conditioning and the operant of behavioral psychology. In general terms, it explains that the person associates consumption as a reward while relating abstinence as a punishment that should be avoided.

In addition, this model also explains that the signals associated with the drug are linked repeatedly with the consumption of the substance. Thus, they become conditioned stimuli, which means that these signals by themselves provoke the desire to take the substance (craving).

There are different learning processes by which a given stimulus can be conditioned. By association of a neutral stimulus to the substance or addictive behavior or the association of certain reinforcement or reward of consumption that cause the act of taking the drug to be repeated.

Within the models of conditioning of craving is the model based on the avoidance of the withdrawal syndrome.

When people experience withdrawal symptoms, they have negative feelings that they could alleviate with the use of the drug. This discomfort associated with abstinence ends up being linked to the environment in which the person is while suffering.

For this reason, a connection is created between the discomfort and the desire to return to consume, and the environment in which that person is. Then, in the future, when the addict returns to find himself in that environment, he will again experience craving in order to diminish the possible abstinence syndrome.

Other authors have developed models based on the search for positive effects related to consumption. This model defends that the positive symptoms that are experienced during the consumption of the drug become a reward to continue consuming it.

The expectation that the reward will come when the drug is taken is what would activate the craving, as well as an emotional state aimed at finding the substance.

Cognitive models differ from conditioning models in that they consider craving a complex state that comes from higher mental functions. These go beyond a simple conditioning.

Thus, it covers various concepts such as memories about the drug, the positive expectations of its consumption, problems of concentration, attention focused on certain stimuli, decision making about consumption, or interpretations of one’s own physiological reactions.

In this approach participates the belief of the person of his own ability to fight against the desire to return to consume.

This model proposes to explain the craving phenomenon through the neuroanatomy and neurochemistry of the brain. His main research is done in animal models and neuroimaging techniques.

Thus, he argues that craving may be related to certain brain areas and certain neurotransmitters.

These models try to relate the characteristics of craving with certain neuronal systems, for example, many of the drugs seem to activate the nucleus of accumbens, which is considered the brain reward center.

This structure connects with the amygdala, a key area in the limbic system. Influences emotions, stress regulation and conditioned learning. In addition, the nucleus of accumbens, has connections with certain areas of the frontal cortex.

In this part of our brain is integrated the information that comes from our senses, such as visual, auditory and olfactory stimuli.

On the other hand, the activity of the dorsolateral prefrontal cortex is regulated by another area called the orbitofrontal cortex. Thanks to this area, it is possible to reason and evaluate the risks and benefits of taking the drug. Thus, if the orbitfrontal cortex is injured or altered, it will cause the person to act impulsively.

The models described and the studies carried out on craving are mainly focused on developing better treatments to eliminate addiction. Specifically, to prevent relapse during recovery.

The cognitive behavioral therapies endow patients cognitive strategies to manage the craving and situations that cause it. That is, they strengthen the person to resist the desire to consume again.

For example, in therapy, maladaptive beliefs that promote consumption are discussed, distraction techniques are developed, self-instructions, imagination technique, task scheduling, and methods to reduce anxiety in a healthy manner.

One of the methods used to control craving is the method of thought stopping. It serves so that the patient prevents the chain of thoughts that produce the negative emotions of craving.

For this, the person has to verbalize their thoughts related to the craving that they want to eliminate. For example: “I’m going to feel bad if I do not take drugs.” While the patient is saying the phrase, the therapist should interrupt by saying a word such as “Stop!” Or “Stop!”.

This exercise will be repeated several times until the patient manages to do it automatically without help from the therapist. In addition, we try to replace negative thinking with an incompatible or distracting one.

On the other hand, drugs that can reduce craving have been found. The majority recommended for alcohol dependence. However, this method is not usually used because its effectiveness is not fully demonstrated. It seems to be better if they are combined with other therapies such as cognitive.

Also Read: 10 Signs of the Behavior of a Cocaine Addict

Some of the most used anticraving drugs are: disulfiram, acamprosate and naltrexone. The latter seems to block the reinforcing effects of drugs.