The delusional disorder is characterized by delirium, it ie a persistent belief that does not correspond to reality. It is a belief that people generally do not have in a society.

In this disorder there are no other characteristics of schizophrenia such as flat affection, negative symptoms or anhedonia . While in schizophrenia very strange beliefs are given, those of this disorder might occur in real life, even if they do not correspond to it.

Examples of people with this disorder would be:

Persistent delirium is not the result of organic, cerebral, or other types of psychosis and can occur for several years.

Another characteristic is that people can be socially isolated because they tend to distrust others.

Because these characteristics are often more common in people who have relatives with the same disorder, there seems to be a hereditary component to their appearance.

In addition, some scientists have suggested that social isolation or stressful experiences can influence many of the cases.

On the other hand, it is important to take into account that delusions are not attributable only to this disorder, but to other conditions:

There are the following types:

The following symptoms may indicate the existence of a delusion:

The cause of the delusional disorder is unknown, although genetic, biomedical and environmental factors may play an important role. 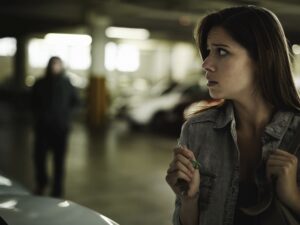 Some people with this disorder may have an imbalance of neurotransmitters, chemicals that send and receive messages in the brain.

There seems to be a family component, social isolation, immigration (persecutory reasons), drug abuse , being married, being unemployed, excessive stress, low socioeconomic status, celibacy in men and widowhood in women.

In psychiatric practice, this disorder is uncommon. The prevalence of this condition is 24-30 cases per 100,000 people while there are 0.7-3 new cases each year.

It tends to appear from mid-adulthood to the onset of old age, and most admissions to hospitals occur between ages 33 and 55.

It is more common in women than men, and immigrants appear to be at greater risk.

It can be very difficult to treat because people who suffer from it have difficulty recognizing that there is a psychotic problem.

Studies show that half of the patients treated with antipsychotic medication show at least a 50% improvement.

The main treatments are:

One challenge in treating patients with this disorder is that most do not recognize  that there is a problem.

Most are treated as outpatients, although hospitalization may be required if there is a risk of harm to others.