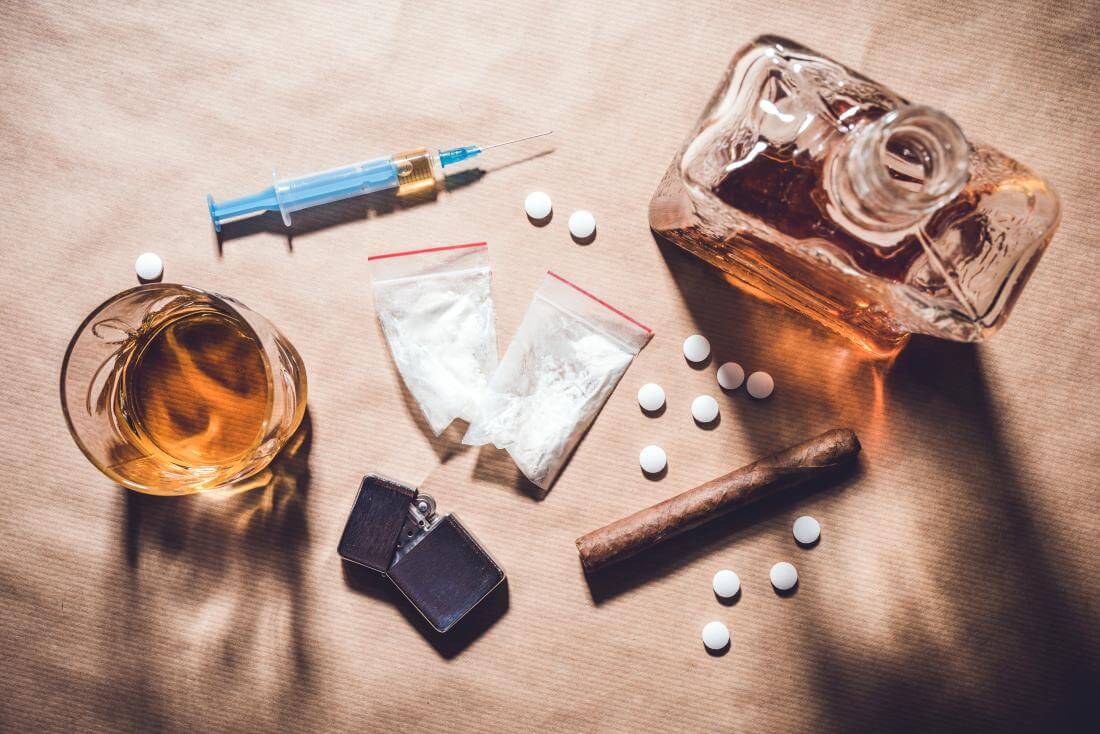 The drug or drug addiction is a problem that occurs when a person consumes an addictive substance regularly. Due to the changes, they cause in the brain, users who develop it need to consume a higher dose. This goes to the point where the person can not control himself.

Many people do not understand why or how others can become addicted to drugs. Erroneously, they believe that those who use these substances habitually do not have willpower and that they could quit when they wanted.

However, drug addiction is a complex disease, and overcoming it requires much more than simply the desire to do so. In general, people with drug addiction will require professional help to get their life back and get out of the trap that these substances generate.

Luckily, today we know more than ever about drugs and their effects on the brain. In this article, we will see exactly what drug addiction consists of, as well as the factors that cause it and the ways in which a person can get rid of this disease. 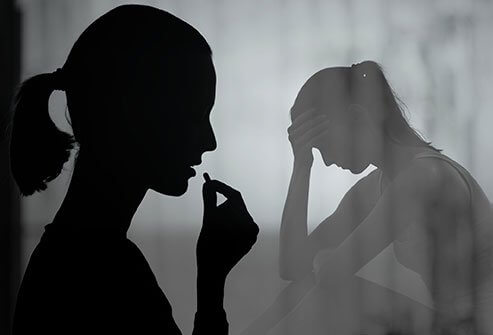 Each drug causes different effects depending on the type they are and the person who consumes them. However, there are some common symptoms that can help us identify when someone is falling into an addiction to these substances.

In general, they can be divided into two types: physical, and behavioral.

Physical symptoms can be more complicated to detect than behavioral symptoms. However, they can give us clues to find out if someone close to us is falling into drug addiction.

Among those of this type, the most dangerous are those that have to do with the internal functioning of the body. In general, it is impossible to detect them unless specific medical tests are done. However, it is important to be aware of them.

Thus, for example, drugs can cause changes in the brain, hormones or internal organs of the body. In addition, being toxic substances to a certain extent, health, in general, will worsen. In the case of some drugs, even an overdose can lead to the death of the consumer.

As for external symptoms, in general, they tend to be easier to detect but much less serious. Thus, among them, we can find sudden changes in weight, redness of the eyes, hair loss or teeth, or injuries in the parts of the body through which the entry of the drug occurs.

The behavioral symptoms are often the simplest to detect among people suffering from substance abuse. Next, we will see the most common.

All drugs alter the capacity and functioning of the brain. Therefore, both its immediate effects and those of the withdrawal syndrome can cause serious difficulties in maintaining concentration.

Also Read: How to Prevent Smoking in Young People and Adults: 8 Tips

This can translate, for example, into the inability to pay prolonged attention to a single thing, or the difficulty in forming coherent thoughts.

Another of the most common symptoms of drug abuse is abnormal aggression. Even in the case of people who are normally calm and calm, drug addiction can turn them violent and lead them to suffer attacks of anger.

Due to changes in the brain, drugs can alter the way a person relates to the world or the way he or she thinks.

Therefore, people close to an addict will notice how he behaves in very different ways to those that are habitual in him.

Finally, one of the most serious symptoms in which drug abuse is implicated is in the appearance of all types of psychiatric disorders.

These can range from the most common, such as depression or anxiety, too much more serious ones such as personality disorders or schizophrenia.

In any case, the appearance of a mental disorder can be difficult reversible. Therefore, it is important to cut drug addiction on time. People close to an addict should help you seek the support of a professional as soon as possible.

There is no single cause that causes all cases of drug addiction. On the contrary, most of the time there will be certain risks that will make this outcome more probable. In general, the possible causes are divided into three types: psychological, social and genetic.

Among the psychological ones, we find factors such as the previous presence of a mental disorder, the lack of connection with others, or problems related to the difficulty to cope with stress and unpleasant emotions.

On the other hand, social causes are the most studied. Among them, we find some such as pressure from a group, lack of economic resources, or poor education about the risks of drugs.

Finally, genetic causes refer to certain hereditary components that have been shown to play a role in the occurrence of substance abuse problems. Thus, some people would be more predisposed from birth to become addicted. 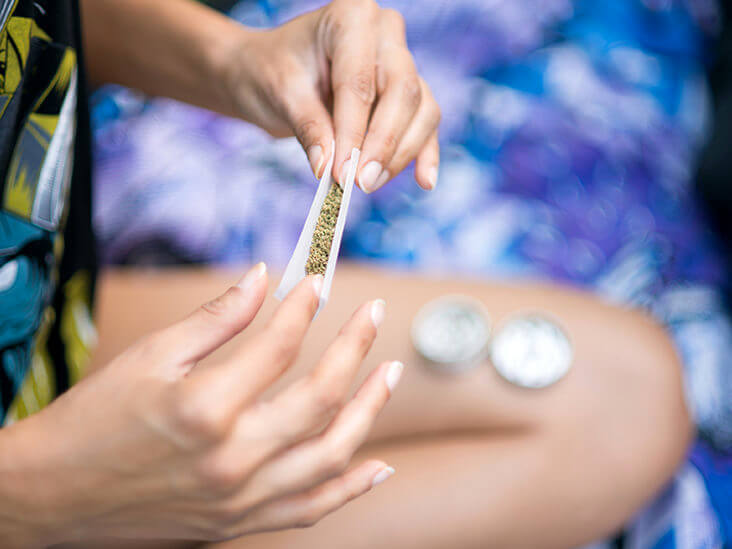 Below you will find a description of the most common drug families and some of their effects.

The stimulants are a group of drugs that cause increased energy and euphoria. Among its most common side effects are paranoia, anxiety, heart problems, and depression.

Some of the best-known stimulants are cocaine, amphetamines, and ecstasy.

The depressants of the nervous system provoke an artificial sensation of relaxation and calmness. Some of them are used as medicines, but many are abused in the form of drugs. The most common are alcohol, marijuana, and benzodiazepines.

Among its side effects are depression, heart problems, lack of memory and changes in mood.

Hallucinogenic drugs usually do not cause physical addiction. However, its effects on the mind can be very dangerous. These are drugs that cause a loss of the notion of reality to a greater or lesser extent.

Some of the most common substances of this type are LSD, magic mushrooms, peyote or ayahuasca. Its side effects may include extreme paranoia, anxiety, or recurrent hallucinations. Marijuana also has certain hallucinogenic effects.

This type of drugs causes the user to feel that he separates from his own body. Thus, you will have the sensation of observing yourself from the outside. On the other hand, they also provoke a certain relaxation component.

Its most serious side effects are mood disorders, suicidal tendencies, social avoidance and speech problems. Among the best known are ketamine and PCP.

The group of opioids contains some of the most dangerous drugs in the world. Its short-term effects are an intense feeling of euphoria and pain reduction, followed by extremely unpleasant symptoms when the dose is passed.

The best known of these is heroin, although morphine, a drug used in the treatment of some medical problems, also belongs to this group.

Its side effects are extreme addiction, intense pain, concentration problems and loss of mental faculties.

The last group of drugs includes a series of substances that are consumed by inhaling the vapors that they give off. They are also known as “poppers”.

Some of its most common effects are increased arousal and sexual pleasure, and a momentary feeling of relaxation.

In the long term, the use of inhalants can cause brain damage, wear of the nasal septum, hallucinations, or memory loss.

The treatment for a person addicted to drugs has to achieve three objectives: to stop them from consuming them, to prevent them from relapsing into their use, and to reintegrate them into society in such a way that they become a productive member of it again.

There are many approaches that can be used to treat substance abuse. Some of them involve the use of medication. On the contrary, others decide to focus on treating the mental or social aspects of drug addiction.

Cognitive – behavioral therapy is one of the most effective has been proven to treat all kinds of disorders. It is based on the modification of certain problematic behaviors, as well as the thoughts that provoke them.

A very effective approach in the treatment of drug addiction is social intervention. It is based on studying the environment of the addict, in order to modify it so that the use of addictive substances stops making sense in his life.

Finally, in some cases, medication can be used to alleviate the most severe withdrawal symptoms of a drug.

This can help the person to give up the substance on its own. In other cases, however, this approach must be accompanied by some other type of therapy.