The drug tolerance occurs when a drug is consumed continuously, resulting in a reduction of their effects on the body. In this way, it is necessary to increase the dose of the substance to feel the effects of it again.

If the person has consumed opiates regularly enough to experience tolerance, they will suffer withdrawal symptoms if they stop taking the substance (Carlson, 2006).

The level of response of the organism to a particular drug depends on two elements:

– Concentration of the drug in the place where it acts.

– Sensitivity of the destination of the drug. It is about the sensitivity of the target cells (and neurons ). It depends on genetic factors and the adaptive changes of the body. These changes are the body’s response to the repeated exposure of a specific substance.

Psychoactive drugs usually contain fat-soluble chemical compounds that allow them to cross the blood-brain barrier. This barrier is a wall of endothelial cells that regulates the substances that enter and leave the brain. Within this wall, there is a system of capillaries that offer the brain oxygen and nutrients, while eliminating waste.

It can be said that this barrier protects the brain’s delicate chemical system of foreign or potentially dangerous substances coming from the bloodstream. However, psychoactive drugs can cross this barrier and exert chemical effects on the brain. 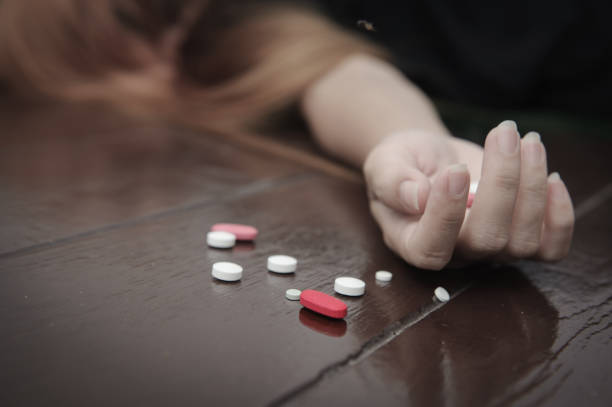 Not all substances produce tolerance. Tolerance depends on the chemical composition of the drugs and the ability of the brain to differentiate them from their own neurotransmitters. For example, alcohol, illegal drugs, drugs such as benzodiazepines or substances such as caffeine can cause tolerance .

Psychoactive drugs possess the ability to mix with the natural chemicals of the brain. Specifically, they interact with neuronal receptors that capture and release neurotransmitters.

Tolerance to the effects of a drug is part of a compensatory mechanism that the brain develops. When the drug begins to exert its effects on the body, the brain detects the existence of an alteration in its balance or homeostasis.

The main response of the brain to this threat to its normal functioning is to resist. To do this, it adapts the cellular receptors and mechanisms to the drug so that it does not take effect.

In short, the receptors of the brain become insensitive to the addictive substance. Thus, the person needs to consume a higher dose of it to feel its effects again.

Differences between tolerance and dependence

When a person repeatedly abuses drugs such as alcohol, hashish, cocaine, her0in, etc., can develop both dependence and tolerance over time.

Tolerance and dependence are signs that the sporadic use of a drug is beginning to be problematic. However, there are important differences between dependence and tolerance.

Tolerance develops when a person does not experience the same effects using the same amount of a certain drug or substance. Specifically, what happens is that the brain has adapted to the presence of the drug. Therefore, when a person has a high tolerance, he needs to take more frequent doses and in greater quantity than his friends.

Another sign is that they can begin to mix different substances to achieve the desired intoxication. For example, someone who has developed tolerance to alcohol will not feel as drunk as before drinking the amount he used to drink. Thus, you will begin to drink more quickly or consume more alcoholic beverages. Or, choose strong liquors with high graduation.

However, what is getting is that the brain continues to adapt to these amounts of alcohol and end up getting used to it. Needing more and more alcohol to feel drunk.

On the other hand, drug dependence appears when the individual feels that he can not have a normal life without consuming certain substances. In this way, you need to take this drug to function well in your day to day.

If you do not take it, you will feel the uncomfortable and annoying withdrawal symptoms. The symptoms of abstinence are usually the opposite of those produced by the drug.

Another sign of dependence on the drug is that the person can spend a lot of time consuming it, looking for it or thinking about it. It is possible that the dependence is accompanied by tolerance when the consumption extends over time.

As the substance is abused, the brain cells become more dependent on the effects of the drug. Little by little, they need this substance to maintain a balance in the functioning of the brain. This ends up producing structural damage that leaves the cells unable to function properly without the drug.

Finally there is a vicious circle. As the tolerance increases, the dose increases and the damage to the brain cells is becoming more serious.

On the other hand, if we talk about other substances such as certain medications, it may be that tolerance is given, but not addiction. For example, tolerance to some effects of prescribed drugs can be developed to suppress pain, without there being addiction to them.

As already described, tolerance affects receptors and brain cells, although other forms of tolerance also exist. According to the California State University-Fullerton, there are 3 mechanisms that contribute to the increase of tolerance (in addition to brain tolerance):

– Metabolic tolerance: this refers to substances or drugs that are consumed orally. It is related to the speed with which the liver breaks down these substances. When the use is very continuous, this speed increases, remaining less and less time the drug in the bloodstream.

– Behavioral tolerance: it is the emotional response of the individual according to the expectations he has about the effects of the drug. That is, the person increases the dose voluntarily to obtain more intense effects.

– Conditioned tolerance: this mechanism increases tolerance through environmental signals. Apparently, certain environmental factors are associated with the desire to take the drug, such as activities, moods, certain places, situations or people.

These mechanisms together with the brain adaptation feed each other, resulting in an increase in tolerance to the drug.

On the other hand, Drug Abuse differentiates three types of tolerance according to the period of time:

– Acute or short term: this tolerance arises from the continued exposure to a substance during a relatively short period of time.

An example is what happens with cocaine. With the first dose individuals experience euphoria, increased heart rate and blood pressure. However, with a second dose 40 minutes later, the positive effects of the drug do not increase as expected.

– Chronic: this happens when the body adapts to a constant exposure to the drug for weeks or months. The result is that the effects of the drug diminish, needing to take a dose greater than the previous one to return to experience the effects with equal intensity.

– Learned: with an exposure for years to certain substances, such as alcohol, the person may seem as if they had not ingested any substance. That is, the drug no longer works for you. You can even correctly develop activities of your daily life after having consumed it.

There is also commonly talk of another type of tolerance, called cross tolerance . In this one develops tolerance to a drug that at the same time extends to other similar substances. It tends to occur with those substances that exert similar effects on the brain.

Conversely, the reverse tolerance is a state in which greater or equal effects occur with a lower dose of the substance. It is very typical in chronic alcoholics. In some of these cases, they can get drunk with just a couple of drinks.

Can tolerance be reversed?

The brain is plastic. If you stay long periods of time without using drugs, you will adapt your receptors and neurons to the new situation.

Also keep in mind that most drugs or substances have more than one effect. Thus, tolerance tends to develop differently for each of them.

For example, her0in produces a very rapid tolerance to the effects of euphoria and well-being. Despite this, the effect of respiratory depression (reduction in the rhythm of breathing) remains unchanged. Therefore, it is possible that you overdose or death.

The decrease in tolerance depends on the history of abuse of the substance. That is, if the drug has been taken for long periods before abstinence, it will take more time for the brain structures to return to their initial state.

However, in cases of chronic drug abuse, the level of damage that the organism has suffered may be permanent, even if the substances are abandoned.