Drugs abuse the drug dependence or drug abuse is an addiction, specifically based on drug abuse in their frequent consumption and leading its consequences.

If you are drug abuse , you need increasing amounts of a substance to experience its effects.

This is known as tolerance, that is, your body has become accustomed to the effects of the drug / substance and needs larger amounts to produce its effects.

On the other hand, if you are a drug addict you will experience abstinence ; Negative responses and discomfort when you do not consume the substance.

This you can easily observe in everyday life:

There is also much more serious abstinence:

However, not all substances cause abstinence. For example, quitting m@rijuana or LSD does not produce physical abstinence.

Something important to note is that there may be dependence without abuse. For example, cancer patients can become dependent on morphine and not abuse it.

On the other hand, there may also be drug use without any dependency being believed. For example, there are people who drink alcohol socially or who occasionally use cocaine.

1-How is drug addiction developed?

If you experiment with a drug and continue its use is because the substance makes you feel better or a pain diminishes.

There is a fine line between people who are addicted and those who consume in the normal way. In addition, some addicts have difficulty recognizing that they have crossed that line.

1- Drug use usually increases gradually: you can start by consuming a small amount of m@rijuana, then go on to do it weekly and then daily.

2- If the drug meets a need, it is more likely that its consumption increases. For example, if you lack energy or feel depressed and a drug makes you feel more energetic, you are more likely to become addicted to it.

3- When the consumption of the drug is necessary to solve the problem (depression, anxiety, loneliness, lack of energy …) and cannot control its use, comes the dependence.

4- The tolerance of the organism towards the drug takes place . That is to say, it is necessary that you take greater amounts so that the drug provokes its benefits in you (to feel you more animated, without anxiety, calm, energetic …).

5- Increasingly takes quantities, which makes you more dependent and more difficult to leave the vicious circle. Tolerance and dependence make the consumption can be daily and up to several times per day.

7- Impaired functioning can lead to more problems, which makes drug use more likely.

As you can see, drug use can become a vicious circle. A simple step like testing a small amount can lead to frequent consumption.

The good news is that it has a solution with the correct effort, support and treatment.

The first step is to admit that you have a problem and allow close and interested people to help you overcome addiction.

2-Why do some people become addicted and others do not?

It does not matter how many drugs you are consuming. If your use is causing problems in your life, you probably have an addiction problem.

The vulnerability to becoming addicted is different from one person to another. The risk factors that increase your vulnerability are:

Seizures without a history of epilepsy.

Injuries or accidents without explanation.

Smells in body, clothing or breath. 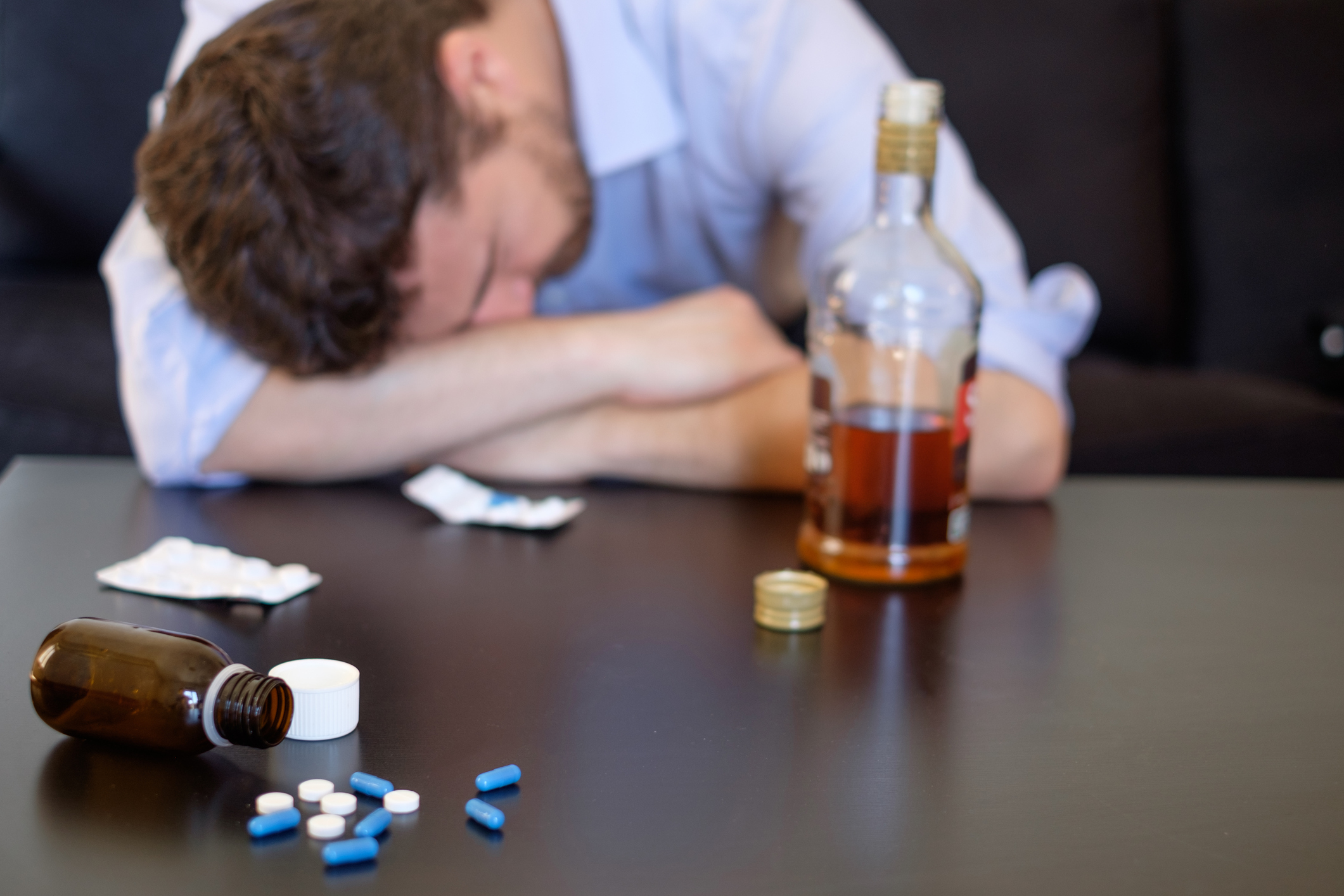 4-The most addictive drugs

The following classification (Franklin, 1990) is based on the inherent addictive potential of substances.

The vulnerability of a person to develop dependence depends on individual traits; Physiology, psychology and social and economic pressures.

Although there are drugs in the list, it must be borne in mind that they are also drugs, because they produce changes at the neural level.

Also Read : The True Secret to Be Happy (Quickly)

Although each drug produces a different physical effect, all substances that are abused have one thing in common: their repeated use can alter brain structure and functioning.

A manipulative pattern of substance use leading to clinically significant deterioration or discomfort, expressed by three (or more) of the following items at some point in a continuous period of 12 months:

1) Tolerance, defined by any of the following items:

2) Abstinence, defined by any of the following items:

3) The substance is often taken in larger quantities or for a longer period than originally intended.

4) There is a persistent desire or inflated efforts to control or disrupt the consumption of a substance.

6) Reduction of important social, labor or recreational activities due to substance use.

7) The substance continues to be taken despite being aware of relapsing or persistent psychological or physical problems, which seem to be caused or exacerbated by substance use.

Substance abuse is not easy to treat and it is advisable to have a diagnosis, evaluation and follow up by a professional.

Treatment begins when you recognize the problem. Although denial is a normal symptom of addiction, it is less likely if the addicted person is treated with respect and empathy.

The primary goal of treatment is abstinence; the substance can be withdrawn abruptly or slowly. Support for abstinence is key to treatment.

With this main goal, there are different types of treatments.

Other: Clonidine is used to treat hypertension caused by abstinence from opioids, benzodiazepines for withdrawal.

Recovery from drug addiction is easier when you have social support and encouragement from other people.

You can find supports in:

9-How to help drug addicts?

If you believe or know that a relative has addiction to a drug, you can act as follows:

To prevent future consumption it is recommended:

Eliminate or change positive beliefs about drugs. Confront positive opinions with negative consequences. For example, although it may produce well-being, it causes long-term family and health problems.

Formative plans and life plan: encourage the person to set goals and motivate to achieve positive achievements for his life.