The effects of ecstasy are mainly stimulants and hallucinogens, making it a widely used drug for recreational use and long-term parties.

Ecstasy, also known as MDMA or 3,4-methylene-dioxymethamphetamine, is a synthetic drug that promotes euphoria and social ties.

The Merk laboratories first synthesized it in 1912 with the intention of creating a drug to reduce appetite. In the 1980s it was outlawed due to its dangerous effects and abuse in young people.

Ecstasy is currently among the most famous recreational illicit drugs, being the second most used drug after m@rijuana in some countries. Apparently, from the 90s to the present, its use has progressively increased mainly in Europe and the United States (Miñarro, Aguilar and Rodríguez).

When ecstasy is ingested, it crosses the blood-brain barrier very quickly to spread throughout the central nervous system (Molero Chamizo, 2005).

This drug begins to make its effects quickly, in about 20-30 minutes. It is usually administered orally and the effects last between 2 and 8 hours. There are different types of effects: those observed shortly after consuming ecstasy, long-term effects, and those caused by overdose.

How does ecstasy work?

For a better understanding of the effects of ecstasy, it is necessary to explain how it exerts. This drug acts on the nervous system by modifying the activity of two essential neurotransmitters for our body: serotonin  and dopamine.

It seems that the psychostimulant properties (such as the sensation of energy) are due to dopaminergic effects. While it increases the accumulation of serotonin, since ecstasy prevents it is reabsorbed by nerve cells. In addition, it stimulates the release of this substance. To make matters worse, an increase in the release of serotonin produces greater activity of the neurotransmitter dopamine (Molero Chamizo, 2005).

The final result is an important serotonergic and dopaminergic hyperactivity that will produce multiple effects in our organism: some desirable and pleasant, and others not so pleasant.

Then you can discover all the effects that ecstasy produces both short and long term.

The consumption of ecstasy causes a rapid positive emotional state through the elevation of humor. The individual when he is under his effects can feel euphoria, well-being, satisfaction with himself and with the world. This antidepressant effect is closely linked to the increase in serotonergic activity in areas of the brain related to emotions.

The main psychoactive property that stands out in ecstasy is its ability to induce empathy, which is called the entactogenic or empatogenic effect. Thus, the person feels a strong affective closeness towards the feelings and behaviors of others.

That is why it is not uncommon for them to live experiences of strong emotional connection and intimacy with virtually unknown people. Other effects are the disinhibition, sense of security and loquacity that facilitate social contact.

In addition to producing empathy with others, ecstasy creates a sense of self-acceptance and emotional self-awareness. Many think that this substance favors the access to the conscience and helps to solve the emotional conflicts that torment us.

It has been used in certain psycho@nalytic therapies, since it is supposed to evoke repressed traumatic experiences and assume them with an intense emotional control.

4- Alteration of the antegrade and retrograde memory

That is, when you are under the effects of ecstasy, it can be difficult to remember events that happened in the past (deficit in retrograde memory).

Just as there are difficulties in learning new information (problems in anterograde memory), so that consumers may suffer “gaps” and not remember well what happened when they had taken this substance.

Although it does not act as a hallucinogen itself, it shares some pharmacological properties with mescaline. Therefore, the individuals who consume it claim to feel distortions in sensory perception; as well as in space and time.

This drug “refines” and exalts the senses, and causes the characteristics of the environment to be captured in an intense way. In addition, pleasant interpretations are associated with perceived stimuli.

On the other hand, ecstasy transforms temporal perception, so that the individual may feel that he has no awareness of time or that he stops.

They are called the effects produced by substances that enhance the activity of the sympathetic system. It is the one that is responsible for activating the smooth muscles, the heart and the different glands of the body.

The most typical neurological symptoms of ecstasy are loss of appetite, tremors or insomnia; since it is an exciting substance.

It is very common to observe in people who have used this drug tension in the muscles of the jaw. Thus, involuntary contractions occur in these muscles that result in limitations in the opening of the mouth. This is called trismus. On the other hand, bruxism is frequent , which means tightening or grinding the teeth.

Because of the exciting components and the pleasure it provokes in its consumers, they may have the feeling that they have great energy. Therefore, it is a substance that is widely used in music festivals and rave parties that can exceed 24 and even 48 hours. It also produces an increase in alertness and concentration.

However, this sensation is not real and masks the real needs of the organism. This one needs rest, hydration and an adequate diet. It is not surprising, therefore, that in situations of abuse there have been cases of death.

The effects of perceived connection with people in the environment, greater tactile sensitivity, well-being and decreased anxiety enhance sexual arousal. Thus, this drug promotes high levels of sexual desire so many who ingest it seek this type of physical contact.

It is not strange that ecstasy is used as an aphrodisiac to facilitate sexual abuse and rape. However, it is important to know that, although it improves desire, it harms sexual performance. It is possible that men have problems to achieve an erection, while women may suffer from lack of lubrication.

Both sexes tend to have difficulty reaching 0rgasm under the effects of this drug.

Much less frequently, some consumers may experience other effects such as dizziness, nausea, vomiting, difficulties in attention, concentration and language; and even paranoid ideas.

Ecstasy is a dangerous drug, and its users may want to take it again when its effects are ending. This is because serotonin levels are depleted and wellbeing is transformed into depression and irritability.

That is why many can take more than one dose at a time or consume each time they notice the “slump” of the effects. This practice can cause an overdose, which is characterized by:

– Extreme increase in body temperature, causing a high fever that can reach 42 degrees. This increase in temperature brings with it a series of complications and important damages in the organism if it is not treated immediately.

The toxic effects of hyperthermia on the kidneys and liver, together with the cardiovascular consequences, tend to be the most common causes of ecstasy-induced death.

In its most extreme form, an overdose could cause death from heat stroke, dehydration, exhaustion and heart failure. Since as mentioned, the individual does not perceive the need to eat, drink and rest.

Other unexpected effects can occur, but it is difficult to attribute them only to ecstasy, since many times this drug is acquired adulterated with other substances without the consumer knowing it.

For example, methamphetamine, caffeine or ketamine. In addition, it is common for ecstasy to be given along with alcohol and other drugs. So it is not known with certainty if there are symptoms that are due to this mixture and not to ecstasy exclusively.

A week after having consumed ecstasy (or more in the case of regular users), they may experience:

– Deep sadness. It happens because during the consumption, serotonin levels are very high, making the addict feel elated. But this neurotransmitter has its limits. When the drug degrades, it takes several days for the body to synthesize more serotonin. Thus, the deficit of serotonin produces a significant decrease in mood.

– Alterations in humor characterized by irritability, impulsivity and aggressiveness.

– Depersonalization, that is, a feeling of disconnection with reality and with oneself.

– Sleep disorders and reduction of the REM phase.

The long-term effect on ecstasy in our body is currently being investigated, mainly through animals and human addicts. There are authors who have found that the prolonged consumption of ecstasy produces a reduction in the natural activity of the serotonin system.

Thus, a continuous administration of ecstasy can cause a decrease in the response capacity of serotonergic neurons, producing less of this neurotransmitter.

In addition, it has been shown that, over time, there is a neurodegeneration of axons (neuronal prolongations where nerve impulses travel), serotonergic and dopaminergic. The main brain areas affected are the cerebral cortex, the hippocampus, the striatum, the hypothalamus and the amygdala.

As a consequence, this is reflected in deficits in memory, learning, sleep cycles and emotional well-being. As psychopathological disorders, depression and anxiety are common.

Miñarro, Aguilar and Rodríguez collected data on human-made studies about the effects of ecstasy in the medium and long term, concluding that:

– Ecstasy causes cognitive and psychiatric changes. Mainly, there seems to be an important link between the chronic use of this substance and a decrease in memory.

– There is enough evidence to confirm that behavioral and psychopathological alterations (anxiety and depression) caused by ecstasy abuse do not improve. They remain in time, even if there is prolonged abstinence.

– One of the common effects in the medium and long term that these subjects present is self-medication behavior and the presence of psychiatric disorders.

Also Read: The 16 Most Dangerous and Common Drugs in the World

These conditions may be present for a long time, even after stopping the use of this substance. Evidently the long-term consequences and their recovery vary according to the intensity, frequency and time that the individual has been consuming the drug. 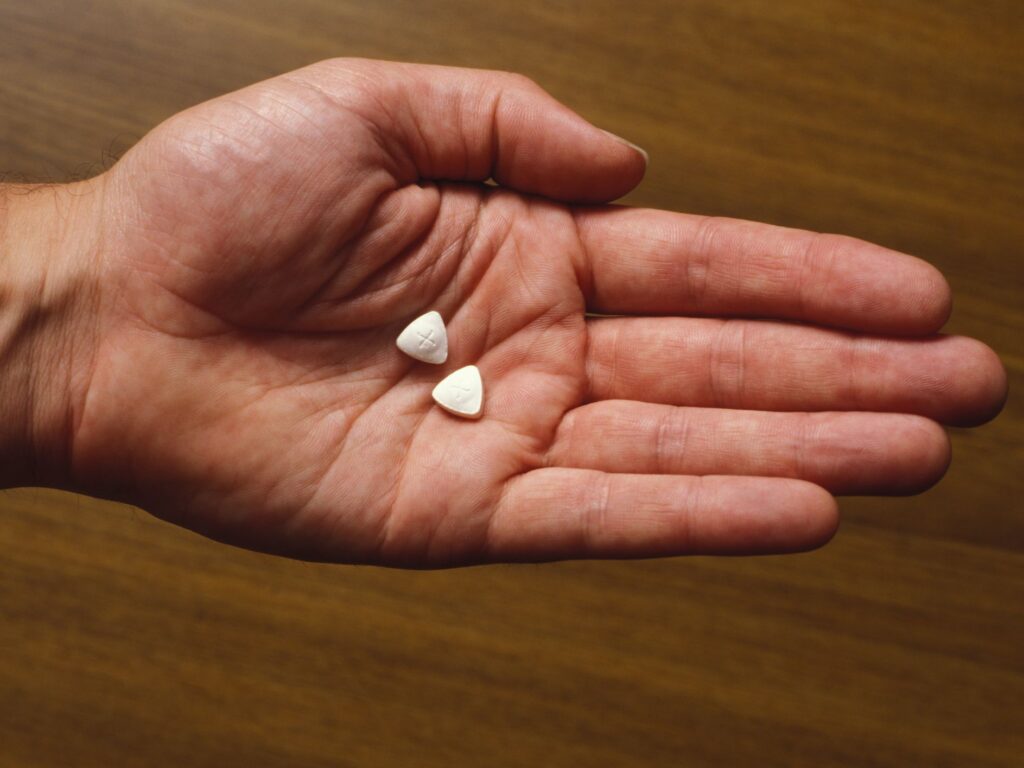