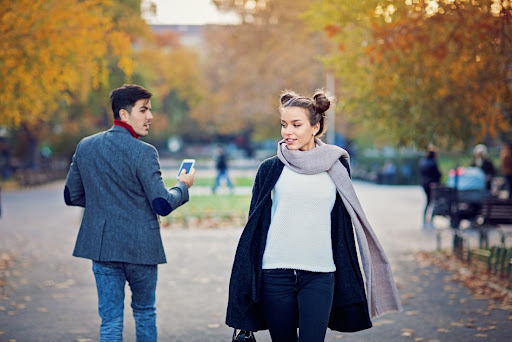 Human pheromones are chemical substances produced by the organism as a means to communicate with organisms of the same species, whose existence has been demonstrated in animals but not entirely in the human species.

In this article we will talk about the functions of pheromones, what they are for and how they can change the behavior of people.

What are Human Pheromones?

The word “pheromone” comes from the Greek word “pherein”, which means carry or bear. This makes sense, since pheromones carry information with them. 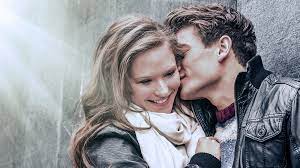 These substances have sometimes been described as agents that alter behavior. Many people do not know that pheromones trigger certain behaviors in other members of the same species, not only in the person who produces them, unlike hormones, which normally only affect the individual who secretes them.

These substances can be secreted to cause many types of behaviors, such as creating emotional bonds between a mother and her baby and sexual arousal.

It is believed that the first animal pheromone was identified in 1953 and named Bombykol. This pheromone is secreted by female moths to attract males. The signal of this pheromone can cross long distances, even in very low concentrations.

Humans and other animals have an olfactory system designed to detect and discriminate among thousands of chemical compounds. There is a belief that pheromones are secreted by axillary glands called ” apocrine glands, ” which create a nutritional medium for bacteria.

There are differences between men and women in the type of glands, secretions and even the microbial flora, which suggests that pheromones have a specific sex role. These compounds can also be found in salivary, seminal and urinal secretions, but studies tend to focus on the most accessible: axillary sweat.

There are two main types of pheromones: the liberators and the primers. Some scientists have proposed a third and a fourth group of pheromones: signaling and modulating.

They provoke an immediate response and are usually linked to sexual attraction. The ants produce this type of hormones to notify other ants and tell them that they have found food.

In this way, the ants of the group know when to return to the nest to eat. When the meal is over, the ants produce a different pheromone that lets others know that they need to look for more.

This type of pheromones take longer to get an answer. They can, for example, influence the development of the physiology of reproduction, including menstrual cycles in women, puberty and whether or not to become pregnant.

They can also alter hormone levels; in some mammals it has been seen that females that had become pregnant and were exposed to this type of pheromones of another male, could spontaneously abort the fetus.

They provide information. They can help the mother recognize her newborn by smell (parents can not do this).

They can alter or synchronize bodily functions and are usually found in sweat. This is the type of pheromone that alters female menstrual cycles.

Do humans have pheromones?

According to many websites that promise that you will get all the love conquests that you propose if you buy your pills, human pheromones exist. However, there are many more controlled scientific studies that have failed to gather convincing evidence about the existence of these substances in humans or have reached different conclusions in this regard.

Gustav Jäger (1832-1917), a German doctor, was the first scientist to present the idea of ​​human pheromones and called them anthropines. He stated that they were compounds associated with the skin and follicles that marked the individual signature of the odors of each human individual.

Some of the effects of pheromones proven in animals have been seen very clearly in humans as well. Although the exact findings of many of the investigations differ from one another, most have found that human sweating increases physiological arousal, in one way or another.

The animals have a special organ to identify very subtle odors of other animals: the vomeronasal organ, located in the nasal area. However, this organ, present in the first primates, was disappearing in humans to develop other more advanced methods to choose sexual partners and remained a vestige. This is one of the reasons why there is a controversy that deals with whether humans have pheromones or not.

To administer pheromones and study the effects, most studies choose passive inhalation of them over topical application. They usually ask the subjects to smell or place the sample on the upper lip.

Effects of pheromones in humans

Next, we will talk about the results of some research that studies the effects of pheromones in humans.

The synchronization of the female menstrual cycle

This is one of the best known results of the action of pheromones, although most people do not know what is due to them. Some researchers at the University of Chicago said they had managed to synchronize the menstrual cycles of a group of women following unconscious odor signals.

When the group of women was exposed to the odor of other women’s sweat, their menstrual cycles accelerated or slowed, depending on where the menstrual cycle of the women from whom the sweat had been drawn: before or after ovulation. However, more recent analyzes of this study and the methodology with which it was carried out question its validity.

Male pheromones also affect the female menstrual cycle, accelerating it and increasing fertility. Cutler and Preti (1986), of the Center for Chemical Sensations of Monell, in Philadelphia, say that their research speaks of the importance of the presence of the “essence” of men (now called “pheromones”) for the biology of woman.

They found that having sex on a regular basis decreases fertility problems in women, regulates menstrual cycles and correlates with a milder menopause.

The effects of pheromones on mood are also not very conclusive. This is, at least partially, because the mood has a subjective component greater than, for example, the physiological activation or the levels of certain hormones in blood, which makes it more difficult to measure and identify.

Chen (2000), for example, discovered that moods could be communicated by chemical compounds found in axillary sweat. The sweat of men and women was collected while watching a funny video or one that was scary, to recognize later.

The women successfully differentiated sweat bottles from people who had seen the funny video from those who had seen the horror video. The men managed to make the distinction in a significantly accurate way (but only from the “happy” pheromones) only when the sweat came from women. Scared pheromones were well identified by both men and women only when they came from the sweat of men.

Jacob (2000, 2001) found that physiological arousal was increased, but only saw a positive increase in mood and increased arousal in women when the man administering the test was a man. The men were not affected by the sex of the examiner, but they generally had less effect on them than on the women. In this study it was concluded that pheromones are incredibly dependent on the context. Humans must integrate many different brain functions to influence mood.

It has also been found (Marazziti et al, 2010) a direct correlation between axillary compounds and serotonin. Serotonin is a neurotransmitter related to well-being, positive feelings and happiness. It also maintains the balance in the mood and it is known that a deficit of this neurotransmitter can cause depression.

The existence of chemical substances that communicate information about the immune systems of each individual has been demonstrated, but not always considered pheromones, because they do not provoke a specific reaction in members of the same species.

Human pheromones are specific to each sex and each sexual orientation. In all the previously described studies, the subjects were identified as heterosexual. Homosexual men respond to some pheromones in the same way that heterosexual women do.

The other groups preferred heterosexual women before homosexuals. Gay men chose the sweat of heterosexual women more times than heterosexual men. It is difficult to draw specific conclusions from this type of study so soon, but it seems clear that there are significant differences in the way humans react to pheromones based on their sexual orientation.

Another more recent study conducted at the Weizzmann Institute of Science in Israel offers interesting data about the effects of human pheromones on other individuals, specifically those of the opposite sex.

The researchers collected tear samples from women who had seen a sad scene from a movie and placed them under the nose of a group of men. You may think that the most logical reaction from men would have been to generate a state of empathy, but what happened was that their sexual arousal and their testosterone levels were diminished. Apparently, the tears made them understand that there was no place for romance in that situation.

Insect pheromones and some mammals have been on the market for many years to be used as insecticides or baits, but normally, people interested in buying human pheromones look for something completely different: the opposite sex.

These pheromones, or at least their synthetic equivalents, are used as ingredients in colonies, deodorants and perfumes since before the eighties. The bad news is that, although they are easily accessible, most likely these substances do not get the results you want.

The studies presented and others that have been conducted to date suggest that pheromones can communicate information about sexual compatibility, sexual orientation and gender affecting humans physically and unconsciously.

Reproduction is the most important aspect when it comes to becoming a successful species, being only comparable, perhaps, with survival. In this way, it makes sense that there are mechanisms beyond our conscious control that impel us not only to procreate, but to do so with those partners that will make us have a more successful offspring (in terms of adaptation and survival).

Some people may find the idea that there are so many unconscious and uncontrollable processes in our body unpleasant, but, instead of seeing the effects of pheromones as a loss of agency, it could be seen as an improvement in sensory abilities that allows us to do more informed decisions. Pheromones seem to be simply another way to communicate.

Many researchers (and also many perfume companies) have been waiting for decades to find an effective human sex pheromone when it comes to producing effects, but so far they have not achieved it, says George Preti. “This does not mean that a human sex pheromone does not exist,” Preti quickly adds, “it just means we have not found it yet.”