The pica is an eating disorder characterized by the ingestion of food substances without nutritional value of persistent and compulsively.

This act is considered inappropriate for the level of development and is usually associated with young children. When it occurs in children who are older than five years old, it may be indicative of age-inappropriate behavior.

Eating disorders are very varied and affect a large part of the population. Many people lose years of their lives and these disorders can even be deadly.

Within the medical profession, eating disorders are clinically defined and diagnosed according to specific diagnostic criteria.

Adults who have pica syndrome often have intellectual disabilities. The disorder is also associated with people who have a  nutritional deficiency, such as a lack of iron, and with pregnant women or individuals with other mental illnesses. 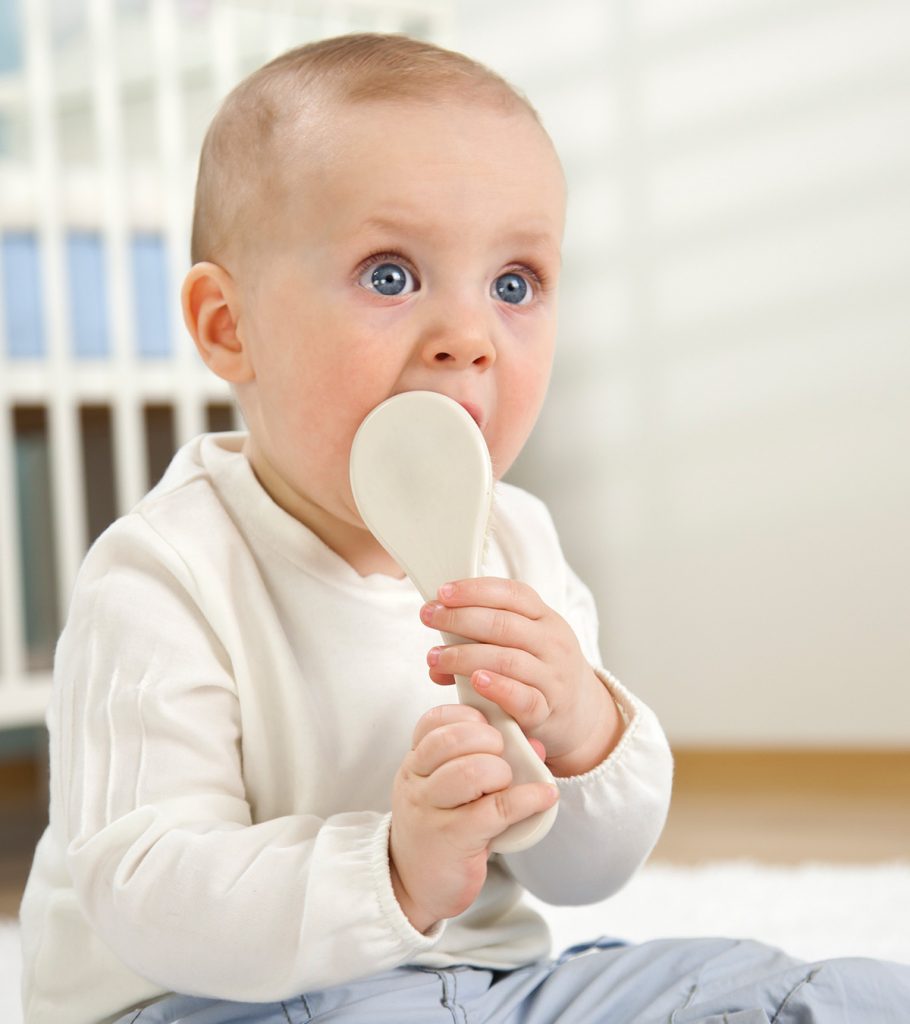 Individuals suffering from this disorder often eat substances such as dirt, paper, chalk, feces, glass, paper, among other non-food items.

History of the pica

The term “pica” comes from the Latin word that means “magpie”, which refers to the strange behavior of the feeding habits of this  bird. The magpie does not show a preference for food or non-food substances.

In some modern cultures pica behavior still occurs in a ritualistic way. In the IXX century in the southern United States, this behavior  was common among slaves and this practice is still accepted in some cultures.

It has also been part of religious ceremonies, magical beliefs and attempts to cure. In many cultures the ingestion of clay is used for its  medicinal properties, in some instances to affect the microorganisms in the intestine or to help relieve internal spasms.

In the 1950s and 1960s, this practice was so common that clay bags could be purchased next to bus stops.

Prevalence of the pica

It is difficult to establish the prevalence of this disorder due to the differences in its definition and the unwillingness of patients to admit this  behavior as well as the shame of communicating strange ingestions and cravings.

It is believed that the pica decreases with age. Above age 12, only an estimated 10% of the population has this disorder.

If your child has pica symptoms, you do not have to be scared. It is seen more frequently in children between the second and third year of life. Normally as your child grows, the behaviors decrease. But if you have more than two years and still have pica behavior,  the symptomatology is already considered inappropriate for your level of development.

When it comes to people with mental disabilities, the incidence of pica varies according to age, IQ, medication and behavior and appetite manifestations  . Research has shown that it occurs more frequently in individuals who are between 10 and 20 years old.

If you live in a stressful and chaotic family environment, you are more likely to develop this disorder. More factors that you should consider for the  development of this disorder include:

Culture is another risk factor. In African countries, pica is more common among women and children. In a study conducted in Nigeria, the incidence of  pica in adolescents and boys was between 25% and 46%.

Causes of the pica

The cause of the pike is unknown. Some of the hypotheses that exist to explain the development of this disorder include factors of cultural influence  , low socioeconomic status, psychological disorders and other deficiency diseases.

These theories are the most common to explain the appearance of pica and are attributed to the specific deficiency of minerals in the body, such as  iron and zinc.

Although malnutrition is often diagnosed at the same time as itch, a causal link has not been established.

These theories are based on the claims of many of the patients that they enjoy the taste, texture or smell of the substance they are  ingesting.

Both pica and iron deficiency and more physiological problems have been associated with reduced activity of the dopaminergic system in the brain.

The dopamine is a neurotransmitter, or chemical that helps transmit messages between cells. It is possible that the abnormally low levels of  dopamine in the brain are related to the development of this disorder.

There is evidence that certain brain injuries are associated with abnormal feeding behaviors.

Another development factor of this disorder is a pattern of behavior similar to anxiety disorders, in which the ingestion of non-food substances  becomes a method to relieve stress.

A study of an adult man with a normal IQ found that when he experienced a high level of anxiety and then ingested glass, he said he felt a  reduction in the level of anxiety.

Pica symptoms vary depending on the non-food substance ingested, but individuals with pica often experience the same symptoms as a  malnourished anorexic individual. These symptoms include mineral deficiency, unhealthy nails and hair, and weight loss.

Individuals with pica also have a higher risk of developing very serious health problems such as abdominal pain, and bowel and colon obstruction .

Often the diagnosis takes place in the emergency room of a hospital, when the child or adolescent already has developed medical symptoms caused  by the intake of these substances. But for the disorder to be diagnosed as a psychiatric disorder, it has to meet specific diagnostic criteria  .

The DSM-5 is a diagnostic and statistical manual of mental disorders developed by the American Psychiatric Association. The diagnostic criteria  of the pike are the following:

It can be difficult to recognize a person who is suffering from this disorder when there are no external complications that indicate these eating habits  . Individuals may also feel embarrassed when telling these habits to someone, or it may happen that the patient is not aware that their  behavior is inappropriate.

If you suspect that someone you know may have this disorder, this person will require a doctor’s assessment where a thorough physical evaluation should be done  . They will have to do blood tests, study the levels of iron, lead, electrolytes and examine the functioning of the liver.

But despite all the clinical evaluations, it is imperative for the diagnosis that the patient (or the father) admits his behavior. It is necessary  for the doctor to ask directly about eating habits and pica behaviors.

When a parent suspects that their child has pica, they can make a record of the child’s solo game. If there is obsessive or impulsive symptomatology in an adult or infant patient, it is recommended to make an evaluation of the symptoms of the pica.

Treatment for the pike

In the case of having a diagnosis of pica, the first intervention may be to educate the patient about nutrition and, in the case that it is due to a  deficiency of minerals, to do an iron therapy or transfusions to restore their levels.

Although the itch usually remits over time, when the symptomatology lasts over time it will require a clinical intervention to treat the disorder.

Pica is a disorder that has not received much attention from researchers until now. The cognitive-behavioral therapy and family therapy  commonly used for treating eating disorders.

Behavioral interventions are effective in the treatment of children with a developmental disorder. Parents can be educated on how to  supervise their children during the game and to take certain precautions inside their home (eg, removing lead-based paints) and in play environments  (eg, pick up feces). of a pet).

Applied behavioral therapy teaches new behaviors through the reinforcement of positive behaviors and the punishment of unwanted behaviors.

Although there are treatments for the pica, there is no standard one. Few studies have attempted to examine the efficacy of pharmaceutical treatments, but the relationship between pica and very low levels of the neurotransmitter dopamine is  being investigated.

In some cases it is necessary to perform a surgical procedure to remove objects from the digestive tract or to repair tissue injuries.

The complications associated with pica can be divided into five groups:

The clinical consequences of pica may have broad and very serious implications. Lead poisoning in children can lead to severe deterioration  of intellectual and physical development. In addition, acute and chronic medical complications can end in surgical emergencies.

Although in most of the western world pica is considered a very serious psychiatric disorder, in some cultures it is considered that the  symptomatology of pica is normal and even therapeutic.

In Uganda, for example, soils are available for purchase and ingestion.

It has also been seen that ice intake is more linked to iron deficiency, and is most consistently susceptible to iron therapy.

If you suspect that you or someone you know has pica behavior, it is very important that you seek medical attention or talk to them to seek help.

Early diagnosis and treatment is very important to avoid some of the serious nutritional and physiological consequences associated with pica.

The pica is a little known and sometimes difficult to perceive condition. If you have a child you should be alert to alert any behavior that could  be indicative of this disorder. Although the sporadic appearance of symptoms in young children may be normal, when it persists over time, appropriate measures must  be taken.