The tricyclic antidepressants (ADT) are one of the first antidepressant drugs discovered. Its name is due to its chemical structure, which is composed of three rings.

As the name suggests, they are effective in treating depression. Although it is also used for other conditions such as bipolar disorder, panic disorder, obsessive-compulsive disorder, migraine or chronic pain.

The antidepressant effects of these drugs were discovered by accident, since previously only their antihistaminic and sedative properties were known.

From this discovery, they have been the pharmacological treatment par excellence for more than 30 years. It began to be commercialized since the end of the 50s; and about the 1980s, its use was reduced with the “boom” of selective serotonin reuptake inhibitors ( SSRIs ). 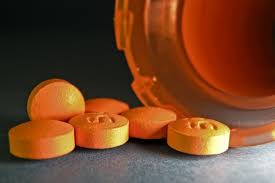 Currently, they are prescribed less frequently; since they are being replaced by other antidepressants that cause fewer side effects. However, they can be a good option for some people when other treatments have failed.

It is believed that in individuals with depression there is an imbalance in certain brain chemicals called neurotransmitters. More specifically, it is associated with a deficit of some of the three monoamines: noradrenaline , or serotonin.

There are several complex processes that can cause this decrease of neurotransmitters. Antidepressants act on one or more of them with one goal: to get levels of noradrenaline, dopamine or serotonin available to increase to a safe point. This would result in the interruption of depressive symptoms.

The main mechanism of action of tricyclic antidepressants is the inhibition or blocking of the so-called “monoamine reuptake pump”. Within the monoamines, in this case we talk about serotonin and noradrenaline.

The reuptake pump is a protein that is located in the membranes of neurons (nerve cells in the brain). Its function is to “absorb” the serotonin and noradrenaline that has previously been released, for further degradation. Under normal conditions, it helps to control the amount of monoamines that are acting in our brain.

In the case of depression, as there is a small amount of these substances, it is not convenient for the reuptake pump to act. This is because it would decrease that amount even more. That is why the mission of tricyclic antidepressants is to block this reuptake pump. Thus, it acts by increasing the levels of the mentioned neurotransmitters.

However, what ensures that the effects achieved with the antidepressant are maintained over time (although this is stopped), is that this block produces changes in the brain.

When there is more quantity of serotonin or noradrenaline in the synaptic space (that existing between two connecting neurons, exchanging information), the receptors in charge of capturing these substances are regulated.

In depression, the brain changes, developing many receptors for monoamines. Its objective is to compensate for the lack of these, although it is not very successful.

In contrast, tricyclic antidepressants increase the levels of monoamines in the synapse. The receptor neuron captures this increase, and decreases its number of receptors little by little; since he no longer needs them.

Side effects of tricyclic antidepressants

As mentioned in the previous section, tricyclic antidepressants are considered five drugs in one. However, three of them are the ones that cause the dreaded adverse effects for which the use of these types of antidepressants is being abandoned.

One of the side effects of tricyclic antidepressants is the blocking of so-called alpha 1 adrenergic receptors. Causing a decrease in blood pressure, dizziness and drowsiness.

Tricyclic antidepressants, on the other hand, block acetylcholine receptors (M1). This results in side effects such as blurred vision, constipation, dry mouth and drowsiness.

Another effect produced by tricyclic antidepressants is the blockage of histamine H1 receptors in the brain.

This results in an antihistamine effect, that is, drowsiness and weight gain (due to increased appetite).

Other associated side effects that have been observed are urinary retention, sedation, excessive sweating, tremors, sexual dysfunctions, confusion (mainly in the elderly), and overdose toxicity.

Under what conditions are tricyclic antidepressants recommended?

In spite of everything, tricyclic antidepressants seem to be very effective for the treatment of:

– Severe depression. It seems that the greater the depression, the more effective this treatment is. In addition, it is more advisable in those people whose depression is of endogenous character, and with genetic components.

– Sedative or hypnotic (to sleep).

Under what conditions are tricyclic antidepressants NOT recommended?

By logic, this type of drugs is discouraged for the following cases:

– Patients who have little tolerance to urinary retention, constipation and diurnal sedation.

– People with any heart disease.

– Those who have a high risk of suicide. Since tricyclic antidepressants are toxic in overdose, and these patients can use them for that purpose.

– Patients who take several drugs at the same time, since unwanted drug interactions may occur.

– People with some dementia.

– Epileptic people, since it increases the frequency of seizures.

On the other hand, these drugs are usually not recommended for children under 18 years of age and can be dangerous in periods of pregnancy, breastfeeding (since they pass into breast milk), if alcohol or other drugs, drugs or supplements are consumed .

Tricyclic antidepressants are administered orally and are rapidly absorbed through the gastrointestinal tract.

They are very soluble in lipids, which results in a broad and rapid distribution throughout the body. However, before this distribution go through a first metabolism in the liver. Some studies indicate that approximately 30% of the lost substances are reabsorbed by the intestinal tract through the bile.

Finally, they are metabolized in the liver and pass to the renal system to be excreted. Most of the substance will be expelled in a maximum of 36 hours under normal conditions. This renal elimination is important to take into account in cases of overdose.

It takes approximately two to four weeks to take effect. For real lasting changes to take place in the nervous system, they need to be taken for at least six months. Although in cases of recurrent depression, a longer treatment (two years or more) may be recommended.

After this cycle, the dose gradually decreases until it is completely removed. If it is interrupted earlier than necessary, the symptoms can return quickly. In addition, if the dose is stopped abruptly, withdrawal symptoms may occur.

All this process must be properly supervised by a qualified health professional.

Not all tricyclic antidepressants act in exactly the same way. Each one has small variations, which allows adapting to the individual situation of each patient.

In general, there are two classes of tricyclic antidepressants:

– Tertiary amines: they have a greater effect in the increase of serotonin than in the noradrenaline. However, they cause greater sedation, greater anticholinergic effects (constipation, blurred vision, dry mouth) and hypotension.

Within this group are antidepressants such as imipramine (the first to be marketed), amitriptyline, trimipramine and doxepin.

Apparently, doxepin and amitriptyline are the most sedating types of tricyclic antidepressants. Also, along with imipramine, they are the most likely to cause weight gain.

– Secondary amines: are those that increase the levels of noradrenaline more than those of serotonin, and cause irritability, over-stimulation and sleep disorders. They are recommended for depressed patients who feel dull, apathetic and fatigued. An example of this type of tricyclic antidepressants is desipramine.

Some tricyclic antidepressants that should be mentioned are:

– Maprotilina : belongs to the group of secondary amines, and causes an increase in seizures.

– Amoxapina: it works like an antagonist of the serotonin receptors (which increases the amount of serotonin in the synapse). It has neuroleptic properties, so it can be advised for those patients who have psychotic symptoms , or manic episodes.

– Clomipramine: is one of the most potent tricyclic antidepressants in terms of blocking the reuptake of serotonin, as well as norepinephrine. Its effectiveness in obsessive-compulsive disorder has been demonstrated , although at high doses it increases the risk of seizures.

– Nortriptyline: Like desipramine, it seems to be one of the tricyclic antidepressants with side effects better tolerated by patients.

To reduce these problems and avoid daytime sleepiness, the doctor may advise that these drugs be taken at night; before sleep.

Researchers do not know exactly whether these ideas are due to depression itself or to the effect of antidepressants.

Some believe that may be due to the fact that, at the beginning of the treatment, the restlessness and agitation are more accentuated. This can cause that, if there are some previous ideas of suicide (very common in depression), the depressive feels with enough energy to commit it.

This risk seems to decrease as the treatment progresses. However, if you notice a sudden change it is best to go to the professional as soon as possible.

The intoxication by tricyclic antidepressants is not strange. The lethal dose of desipramine, imipramine or amitriptyline is 15 mg per kg of body weight. Be careful with young children, they could exceed this threshold with only one or two pills.

The abuse of this type of antidepressant can cause, in addition to the potentiation of the secondary symptoms mentioned: tachycardia, fever, altered mental status, intestinal occlusion, stiffness, dry skin, dilated pupils, chest pain, respiratory depression, coma, and even death.

However, most of the time it appears when antidepressants are combined with other substances that further increase serotonin levels. For example, other antidepressants, some drugs, @nalgesics, or nutritional supplements such as St. John’s Wort.

The signs and symptoms of this syndrome include: anxiety, agitation, sweating, confusion, tremors, fever, loss of coordination and tachycardia.

However, leaving them all at once may cause withdrawal symptoms in some people. These can vary according to the type of drug and do not last more than two weeks:

Also Read: Antidepressants and Alcohol, What are The Consequences of Combining Them?

– Changes in mood and low mood.

– Symptoms similar to the flu.

If antidepressants are gradually reduced until they are stopped, these symptoms do not occur.