The Panophobia is a vague and persistent threat or fear of some unknown evil. It is an irrational fear there is no logical cause that triggers it. This phobia is better known as non-specific fear or fear of everything.

The term panophobia comes from the Greek panto that is all, and from phobos that is fear. It is considered that this word can also come from the Greek god Pan, which instilled feelings of fear or panic.

It is also called with the terms omniphobia , panthophobia , or panphobia. There is no specific classification for this phobia in mental disorders manuals such as the DSM or the CIE, but it is considered that it can be part of other pathologies such as schizophrenia, borderline personality disorder or, especially , generalized anxiety disorder. 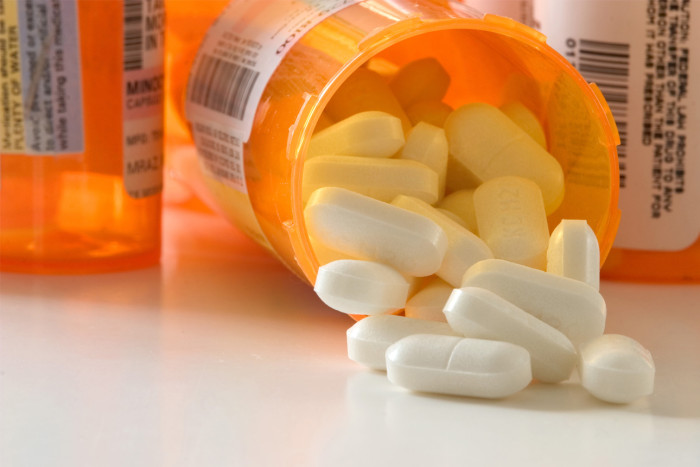 In the latter, one of the main characteristics that define it is the excessive concern about the occurrence of a series of events as occurs in the case of panophobia.

It is a very limiting and harmful phobia for the person who suffers it, because unlike other phobias that materialize in some fact, object, animal, etc. specific, in this case the range of fears is much broader.

It is often difficult to know the causes that cause panophobia because often the person does not remember when or in what specific event the fear began.

But most studies agree that the origin of panophobia happens because the person has previously developed other specific phobias. For example, a person who is afraid of flying in an airplane ( aerophobia ), to speak in public ( social phobia ), to spiders ( arachnophobia), may end up extrapolating this fear to the symptoms that cause him to face these situations.

Having these previous fears makes the person more vulnerable and over time different events or places can cause the same fear as the first phobias. In this way the fear becomes generalized and the person begins to avoid and flee from everything that causes that fear, causing the fear to increase in turn becoming a vicious circle.

Experience of a traumatic event

Another possible cause for the development of this phobia is having lived a traumatic event or event during childhood or adolescence.

As a result of this situation the person develops an intense fear that this happens again and therefore generates a fear of that situation and avoids at all costs that it occurs again. This avoidance again causes fear to increase.

Another cause for the development of panophobia is related to genetic inheritance. Some studies show that feelings of fear and anxiety can be transmitted through the genes as with some personality traits.

According to research, this transmission does not necessarily mean that the person will develop the phobia, but it will be more vulnerable or more predisposed to develop it if it occurs together with another set of factors, such as being exposed to a traumatic situation.

And finally we can point out the inheritance learned as another cause to develop the phobia. Numerous studies show that by observing the fearful behavior of parents or reference figures in certain situations, events, animals, etc. The person learns to have that same fear.

The child learns to incorporate the same reaction that he observes in the parents. When a child has not yet reached the capacity of reasoning, and sees that his reference figures react constantly with fear and anxiety in different situations, he comes to believe that there is something real to fear in them. This learning process contributes to the phobia arising.

The development of the phobia is different in each person, but as a general rule it increases with time if it is not remedied and an appropriate treatment is started.

The main symptom of panophobia is fear or persistent fear of practically everything. It includes fear of objects, animals, situations, people, etc.

The person who suffers from this phobia usually has a constant fear sensation, which leads him to avoid situations and contacts. One of the first symptoms therefore is the social isolation.

At the psychological level, the main symptoms are depression, anxiety, sadness or constant crying, low self-esteem and feeling of helplessness or guilt. There are also obsessive and recurrent thoughts about fear that do not allow the person to think or focus on other tasks.

In some cases there is also the fear of losing control or going crazy. The person has an intense and persistent fear and therefore the desire to flee or escape from the situation is also constant.

A concrete symptom of this phobia are the constant adrenaline rush that the person suffers due to the permanent state of alertness. These discharges are always followed by a period of fatigue in which the body needs to recover from the effort. By having these discharges constantly the state of fatigue in these people is practically permanent.

There are different specific treatments for panophobia. The application of one or the other will be defined by the characteristics of the patient, the severity of the phobia or by the therapist’s own orientation.

Systematic desensitization is one of the most effective techniques in the treatment of panophobia. This strategy, which has become one of the most used, was created by Wolpe in 1958.

It is aimed at reducing the anxiety responses produced by exposure to objects or dreaded situations and eliminating avoidance or flight responses. It is based on the implementation of responses incompatible with fear at the time it appears, preventing it from developing.

The answer incompatible with fear is relaxation, so one of the main actions will be aimed at training this relaxation response to start it when the person is facing the object or situation that produces the phobia.

And on the other hand a list is made with everything that causes fear to the person and under the supervision of the therapist is gradually exposed to all these fears, beginning with those that produce less fear until reaching the ones that produce the greatest discomfort. once they have been surpassing the previous ones.

The exhibition can be live (directly facing the object of discomfort) or imagination. At the same time that the exhibition is carried out, the relaxation techniques previously learned and tested are put into practice.

The cognitive behavioral therapy has also proven effective in the treatment of panofobia. This therapy is based on what a person thinks or says is not as important as what they believe.

If the beliefs are irrational or distorted, this leads the person to develop disorders such as irrational fear. Just as a person has learned to distort reality and to have an excessive fear of objects that should not produce it, he can learn to stop having that fear if they are discussed and question the beliefs that have led him to have it.

The person who has panophobia perceives everything around him as dangerous and threatening and also at all times anticipates that something bad will happen. With this treatment the therapist aims to eliminate this type of disturbing thoughts and replace them with others that are realistic, rational and therefore do not produce the fear or the physiological activation of the previous ones.

Derived from cognitive behavioral therapy, another technique that has been shown to be effective in the treatment of panophobia is training in self-instructions.

It consists of a change in behavior in which the self-verbalizations that the person makes in any situation that produces discomfort are modified. The objective of this technique is to introduce a change in what the person says before encountering the feared situation, during and after. For example, before the typical thought of this phobia.

“Something bad is coming, something terrible will happen and I will not be ready to face it. It will be horrible. ” The therapist proposes to the subject to modify it by another more realistic and adaptive thought such as “if the situation that I fear is going to be prepared to face it.

It is not so horrible, I have lived it before and it has not been so harmful. ” This type of instruction is previously tested so that when exposed to the feared situation, the person has correctly internalized them.

Another treatment commonly used for panophobia is hypnosis. The fundamental task of hypnosis is to locate in the subconscious of the person the first manifestation of that fear and the reason that triggered it since normally the subject is not able to recognize consciously when this event took place.

Once these data are known, hypnosis allows associating fear reactions with positive ones, causing the irrational fear of that object or situation to be progressively reduced until it disappears completely. Thanks to hypnosis, the negative associations that make the person suffering from panophobia continue to maintain that irrational and disproportionate fear of an animal, a situation, an object, etc., are broken.

The Mindfulness or Mindfulness is a technique currently used routinely for the treatment of panofonia. The main components of this strategy are to focus on the present moment, focus on what happens eliminating the interpretation that each one can make of that fact, acceptance of the unpleasant as part of the experience and relinquishing direct control over what happens.

In this way the person is taught to stop anticipating that something bad may be coming, because it focuses solely on the present moment, on what is happening here and now. He also tries to neutralize the irrational fear because he accepts that a slight fear or anxiety in certain situations can be unpleasant but he accepts it. When the person learns to accept this unpleasant part of the experience, he neither rejects nor fears it.

Finally, medications are considered in the most severe cases of phobia and are used to control symptoms when they are excessively disabling.

They are effective in the short term and provide temporary relief but do not treat the underlying cause of the disorder. There are three types of medications that are used for the treatment of panophobia.

On the one hand, the so-called beta-blockers, whose main function is to block the flow of adrenaline that appears in situations of fear or anxiety. In this way, physical symptoms such as excessive sweating or palpitations are controlled.

Another type of medication that is used frequently are the so-called benzodiazepines that provide a certain level of sedation without becoming very high or dangerous to the health of the person.

They also function as muscle relaxants and their effect is immediate. On the contrary, they present a high risk of dependence on long treatments. This makes necessary a rational use of these drugs, assessing how long the pharmacological treatment will take, depending on the diagnosis and the expected prognosis, and whether the benefits resulting from this treatment compensate for the risks that are assumed.

And finally the use of antidepressants can be useful when feelings of fear are especially serious and debilitating. In any case the medical treatment must be controlled and supervised by a specialist in addition to not being a unique treatment, since it will always be combined with psychological therapy to solve the fear from its origin.